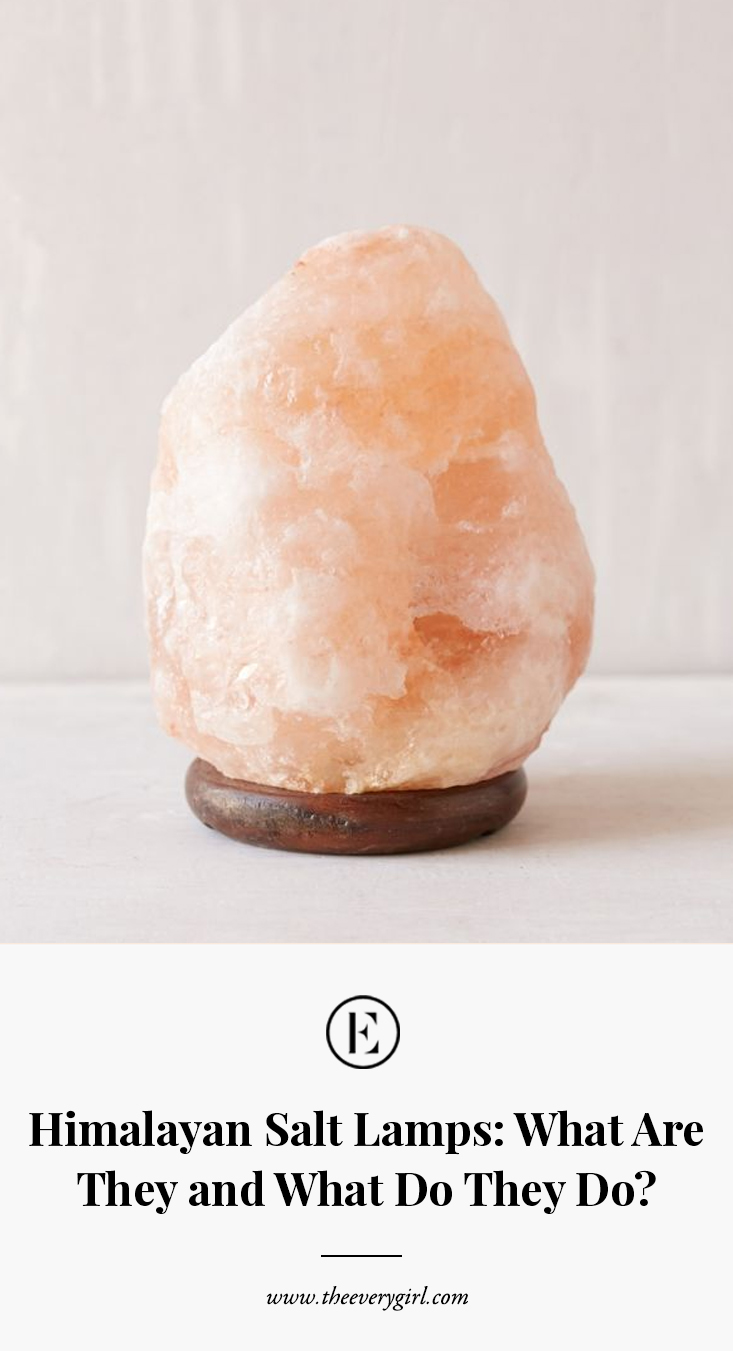 I bought a salt lamp my freshman year of college — that’s right, before it was part of every wellness blogger’s home decor or sitting on major #girlbosses’ desks. I ordered it the summer of 2014, and trekked the heavy and dense blob of salt all the way from Chicago to my college in Florida. I had read that it helped purify air, and I was the only person on the planet who was more concerned with the air quality in my dorm room than making friends.

Well, guess what: against all odds, I did make friends (even if they thought my lamp made of salt was weird) and had pure air (well, as pure as air can be in a freshman dorm). I’ve had my trusty salt lamp with me ever since, lugging it from Florida to Chicago to Paris and back again. Before you write me off as nutty (though there is some truth to that), hear me out.

By now, you probably know of all the benefits of replacing your regular table salt with the pretty pink Himalayan salt. The healthier (and Instagrammable) salt is said to be dried remnants of the original, primal sea, dating all the way back to the creation of the earth (yes, really!).

There are many other ways people use the ancient stuff for health benefits and healing, besides just to sprinkle on their popcorn. One of those ways is in the form of *wait for it* a lamp. While it certainly gives off a pretty orange light and is becoming increasingly #stylish in home decor trends across America (my freshman year freakout obviously starts trends), it’s not traditionally made for its looks, or even for its light. Here’s why people all over the world have used Himalayan salt for centuries, why I’ve carried my lamp with me for years, and why you need a salt lamp, too:

Salt is hygroscopic, which means it attracts water molecules. A Salt Lamp purifies air by attracting water molecules that carry indoor air pollutants (like bacteria, allergens, and mold). Since the lamp is heated from the lightbulb, the pollutants are believed to stay trapped in the salt, rather than circulating in the air. Therefore, a salt lamp leaves you with purified and cleaner air (now if only it could’ve purified my overflowing laundry pile from freshman year, too).

It helps allergy symptoms and asthma.

Fun fact: Himalayan Salt is now used in some inhalers, and Salt Therapy is used to treat a variety of issues that result in lack of airflow to lungs, like COPD, chronic bronchitis, cystic fibrosis, and asthma. The dry salt particles help cleanse airways by a similar process of attracting water particles.

Beauty bonus: some people do Salt Therapy to purify skin as well. While a lamp made out of salt is not nearly the same as sitting in a cave made of salt (known as Salt Therapy in many spas and alternative medicine practices around the world), it’s a way to bring the possible benefits of the ancient salt into your home, on a smaller (and cheaper!) scale.

It can calm your mood and help you sleep.

The pink, warm glow that the lamp gives off provides a calming and happy atmosphere, according to color therapy. Furthermore, Himalayan salt is also said to release negative ions, which are molecules that produce a biochemical reaction when they hit the bloodstream. This reaction increases levels of serotonin, aka the happy hormone. Therefore, a salt lamp is believed to help regulate sleep cycles and calm anxiety.

It can increase energy levels.

Yes, a salt lamp is one of those few magical things in life that can simultaneously calm you down and help you sleep at night, and give you energy during the day. Positive ions (what is emitted from technology, pollution, and even carpets or wall paint) completely zaps energy, and can increase depression, making you even more lethargic. The negative ions that the salt lamp emits balances out the positive ions in the atmosphere, meaning you’ll reap more benefits of negative ions, and decrease harmful effects of positive ions (like lethargy).

Because what kind of wellness writer would I be if I didn’t mention the planet!? The reserves that Himalayan Pink Salt is mined from is estimated to last for another 350 years at the current rate of extraction. In simpler terms that I can actually understand, it’s one of the natural resources on the planet that we have more than enough of. Also, the base of salt lamps is usually made with sustainable wood (like neem) and they typically use low-wattage lightbulbs which consume very little energy.

What to look for when buying a salt lamp:

Not all salt lamps are made the same, and some are made with non-Himalayan salt, which won’t provide the same benefits. But that doesn’t mean a Himalayan salt lamp should be expensive. Here’s what to look for when buying your own, no matter the price: 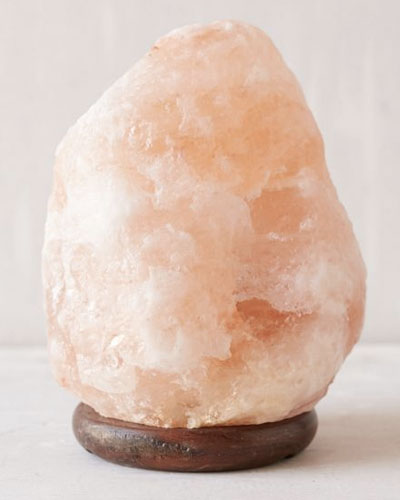 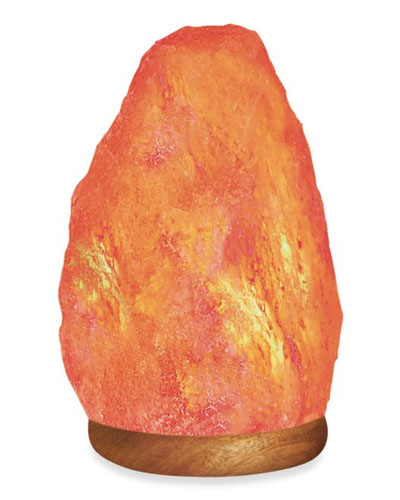 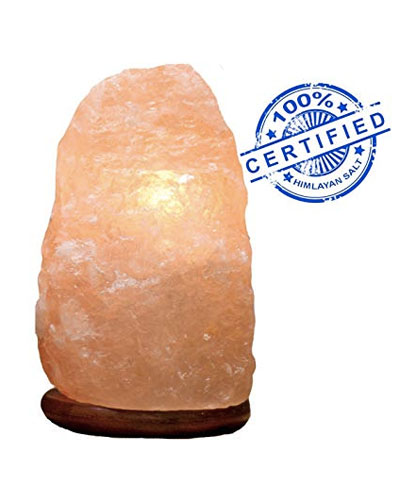 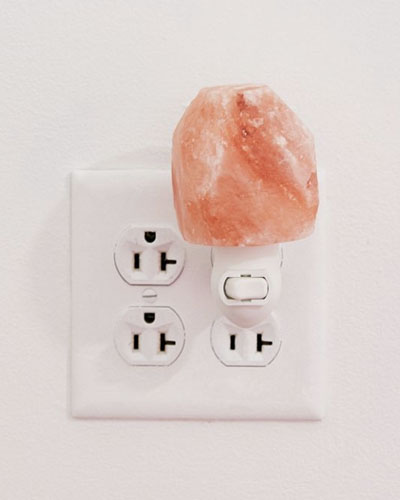 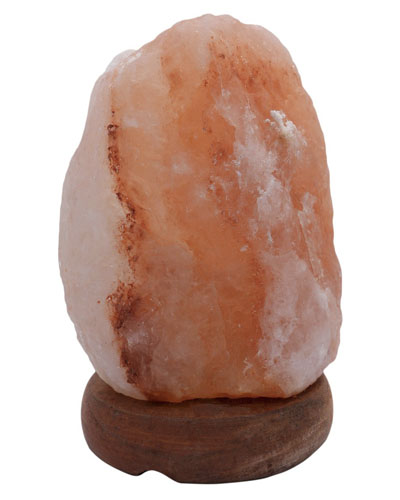 Would you try to use a salt lamp?