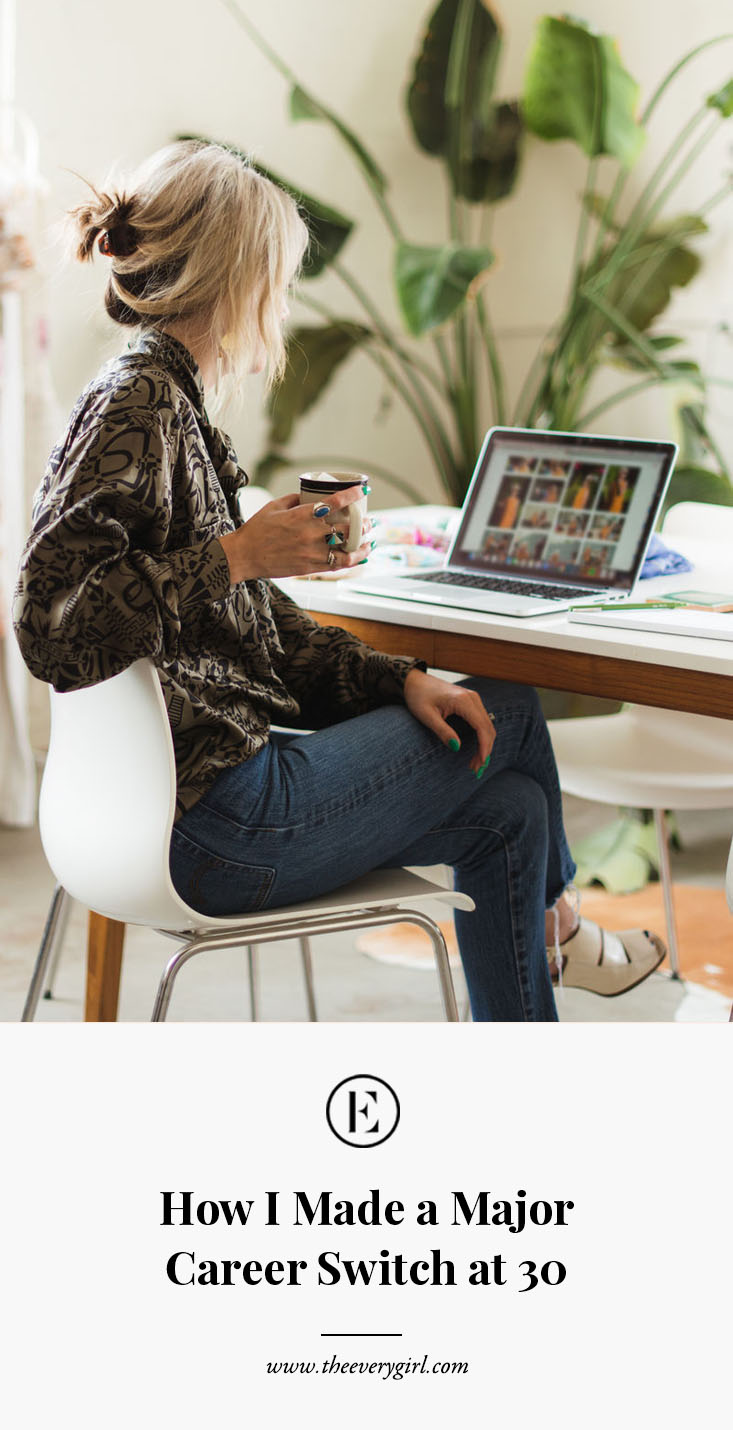 You did all the right things. Got the internship in college. Had an entry-level job waiting for you after graduation. Negotiated for a raise. Earned that promotion. It was one step in front of the other… until you realized, “OMG, this is not the journey I’m supposed to be on!”

That’s where I found myself in my late 20s, wondering if there was some way to course correct the career path that I had spent almost a decade building from the ground up. I had several big-name nonprofits shining on my resume, but all I wanted was to get out of fundraising and into a creative agency role. It took several years, a step backward, and more than a few late nights, but it’s never too late to make a major career shift — as long as you’re willing to put in the work.

Raise Your Hand for Opportunities at Your Current Company

Never say, “That’s not in my job description.” If you’re looking to shift your career, keep your eye out for opportunities to get your hands in another department, on a new project, anything that could help you acquire skills within your current workplace.

My career was in nonprofit development, but as digital fundraising became increasingly important, I jumped in and took on any opportunity that presented itself. I learned to code, I brushed up on Photoshop, I shifted my writing chops from long-form content to marketing copy. I created a role for myself that I knew could transition from the nonprofit fundraising world to a creative agency.

Remember, just because you’re not in your dream job right now, that doesn’t mean you can’t make the most of where you are in the present moment.

Work That Side Hustle

While I was building new skills in my day job, I also kept a side hustle going that was aligned with where I wanted to take my career — and I have that side hustle to thank for allowing me to shift my career. The creative agency that ultimately hired me was impressed with my digital background, but it was my side hustle that allowed me to rise above the other candidates. Because of my side hustle, I had a portfolio of freelance writing that was directly relevant to their client work. Without that experience, I would have been another qualified resume in a stack of who knows how many.

Yes, it means burning the midnight oil on occasion, but a side hustle can give you the resume boost that you need to shift your career.

Learn The Art of Spin

With new skills and a side-hustle portfolio under your belt, it’s time to learn the art of spinning that experience into a resume that will get your foot in the door. On my resume, I focused on spinning fundraising as marketing — creatively telling a story that persuades a donor or potential donor to give. I listed my side hustle as if it was a full-time job, detailing how I worked with brands and PR firms to advertise their products. I developed a creative marketing resume despite having zero agency experience.

Think about what you are doing right now that you can spin to fit in with your desired job shift. Also, always remember keywords! Take them straight out of the job description and apply them to your current experience.

Be Open to Moving Backward in Order to Move Forward

Before I was hired in my current role, I took a parallel move career-wise (and backward in salary!) to accept a position at a museum in Washington, D.C. It was a fabulous name to have on a resume and it was perfectly aligned with what I wanted to do, but it wasn’t getting me out of the nonprofit world. However, I knew that it would pay off to take this in between step — still in nonprofit, but in a true marketing and comms role — when I went to apply to creative agencies in my next move. It was a calculated gamble that paid off exactly a year later.

If you’re making a major shift in an already-established career, you have to be open to humbling yourself and taking a role that may not be the title or the salary you had in mind. Everyone pays their dues at some point and you’re going to pay them again a bit later if you choose to pursue a new career path in your late 20s, early 30s, or beyond.

Lastly, Study the Career Paths of Women You Admire

Very few people have a straight line that climbs upward and onward in one career — talk to women who you admire, look at their professional journeys, stalk the LinkedIn profiles of your girl crushes. You know what you’ll see? Women who have taken risks, shifted careers, and found (or created!) their dream jobs over years and years.

Your chosen career at 22 doesn’t have to define your next five decades. Remember, you can make a career shift and chase your goals at any age.

How did you successfully change careers? Tell us your story in the comments!