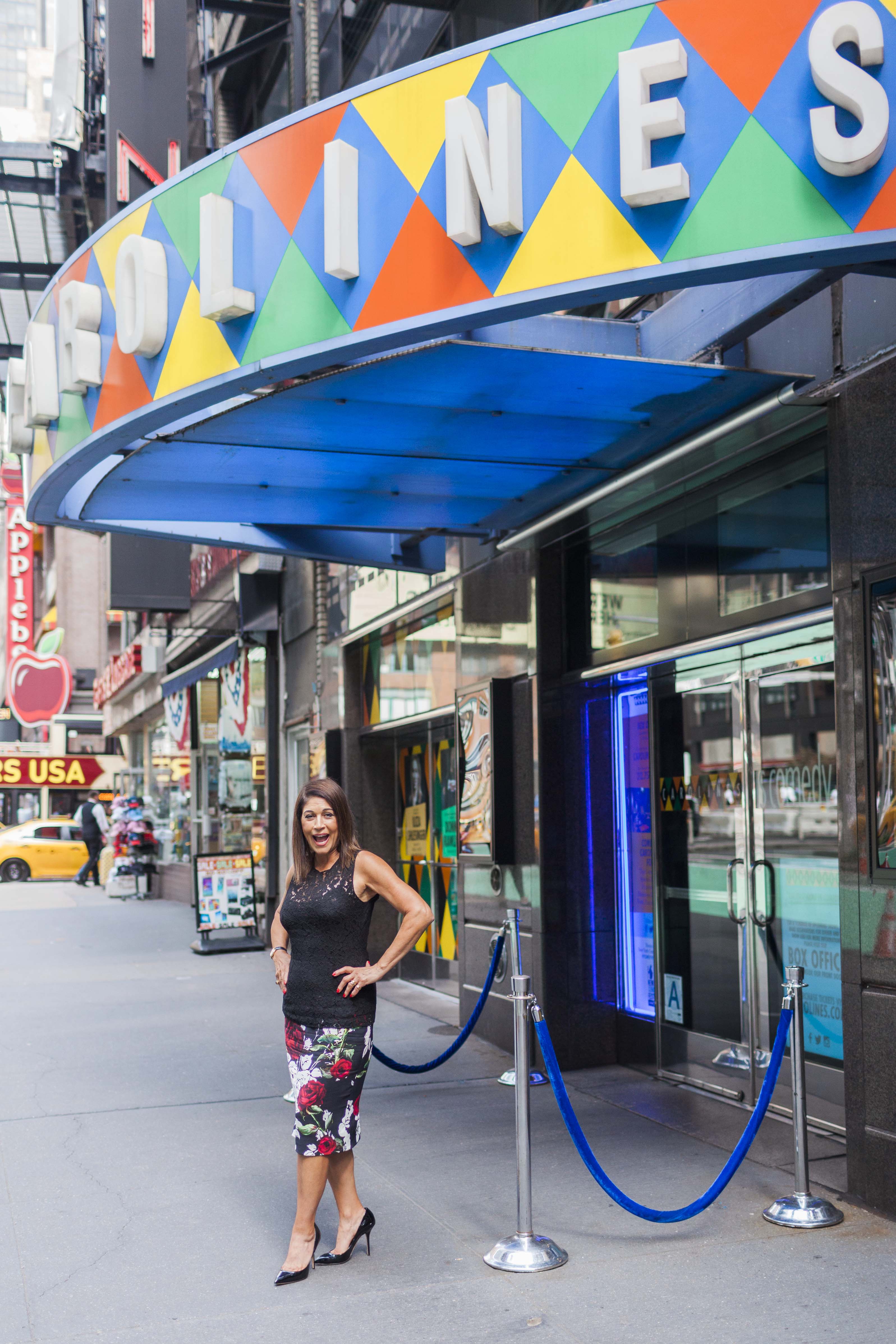 That’s what Caroline Hirsch said to me as we talked over coffee at Carolines on Broadway, a comedy club in the heart of Times Square that has hosted the likes of Dave Chappelle, Kathy Griffin, Tracy Morgan, and Kevin Hart, just to name a few. As a big fan of stand-up, I was awed to be sitting in front of a woman who’d accomplished so much, building a brand that was not only known by my favorite comedians but had shaped them.

Some of the world’s most famous funny people have held the microphone that rests at the front of the 325-seat venue; a microphone anyone with plans to be anyone in comedy should hope to cut their teeth on. As The Observer put it: “If you’ve done stand-up in the past 30 years and you haven’t filled the room at Carolines, chances are you haven’t made it, kid.”

What makes Hirsch’s profound success so interesting—or peculiar—is that she doesn’t describe herself as funny. She’s never done stand-up herself; you’ll never see her pick up a mic at a comedy club, not even her own. “It takes one to know one” doesn’t apply here: Hirsch might not tell jokes, but she’s heard plenty, and hopeful comedians from all over the world await her nod of approval with bated breath.

It’s difficult to imagine that a woman like Hirsch, who acted as gatekeeper to the fame and fortune of an almost incomprehensible list of household names, never had an epiphany that comedy was her divine calling.

On the contrary, Hirsch attributes her success not to passion or aptitude, but rather to a keen eye for recognizing opportunities as they come along—and a willingness to reach out and grab them even when they exist outside your career trajectory (or your comfort zone). 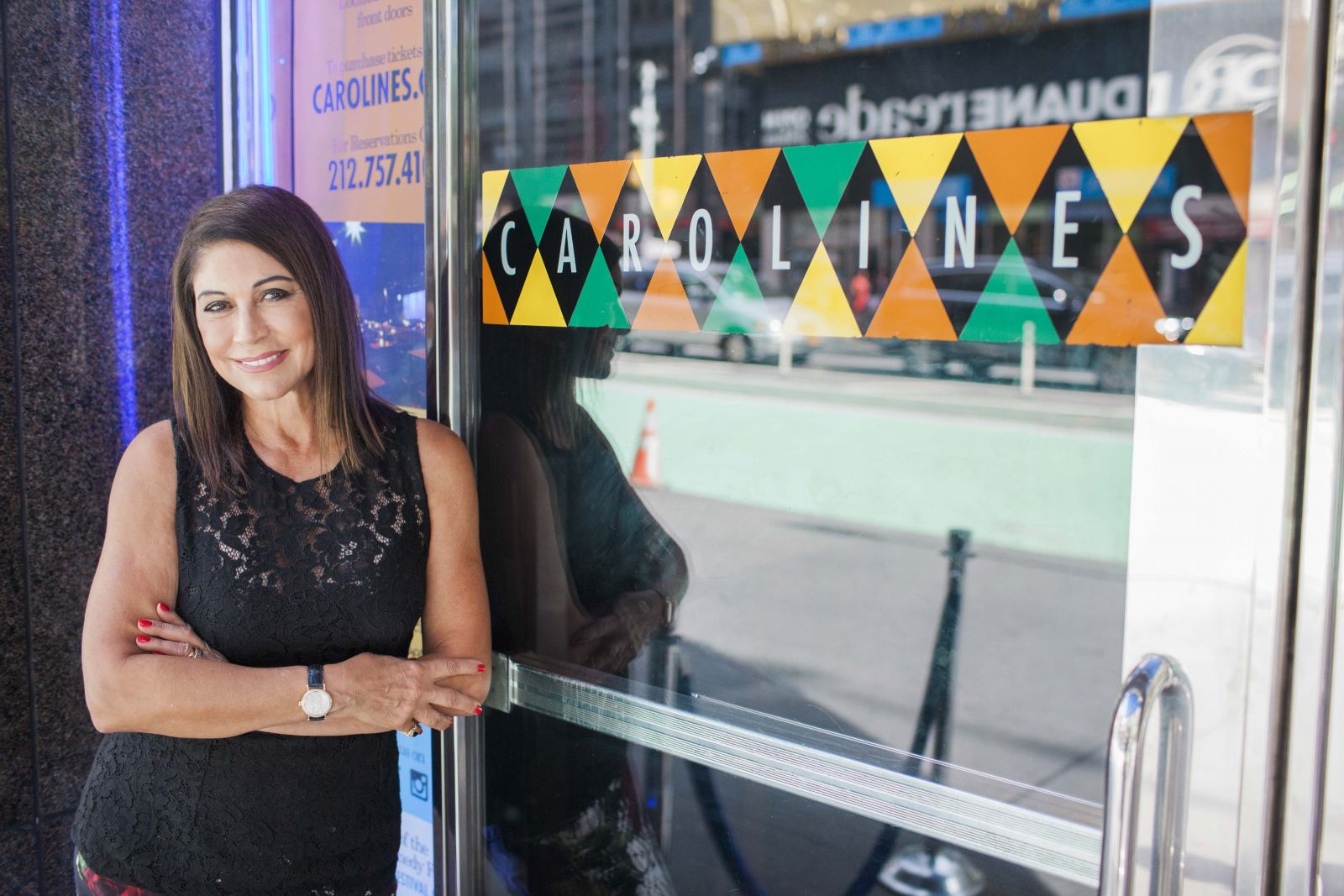 For Hirsch, finding success “is about keeping your mind open.” Long before the thought of owning a comedy club ever occurred to her, Hirsch was working as a New York market rep for Gimbels, with ambitions to advance her career in the fashion industry. Those plans were forced to change when the department store giant went out of business, leaving Hirsch without a job. “I was one of the first to go,” she recalled.

The movement that is modern-day comedy was just getting started, with Hirsch and her club at the forefront.

A short time later some friends approached her about their plans to open a small cabaret club. It was different from anything Hirsch had ever done, but she seized the opportunity: Carolines on 8th Avenue opened in 1982.

Shortly after opening, however, Hirsch realized the cabaret theme wasn’t bringing in the crowds they needed, so she set off in search of something that did. “I thought, ‘hey, what’s this new thing going on with comedy?’” she said.

And that’s the thing: Comedy as we know it was new. When Hirsch opened Carolines on 8th Avenue, variety shows were still all the rage, mixing live music and other performances with short, small comedy acts. Observational comedy (humor based on everyday experiences we all relate to) is what we would consider the norm for stand-up today, but in the 1980s it had barely begun to take shape. At that time, stand-up comics didn’t headline shows or fill auditoriums—yet. That’s when Hirsch stepped in.

“There was a whole kind of movement with these younger comedians coming into being. I hired Jay Leno, Jerry Seinfeld, Pee-wee Herman, and so on,” she said casually, as if she hadn’t just listed off some of the most recognizable names in the business. And back then, they weren’t: The stage at Carolines helped skyrocket them into the public eye.

“That was one of the hardest aspects of my career,” Hirsch said. “Convincing people that stand-up comedy was something they should come out to see. I had to promote this new concept.”

To do that, Hirsch said, “I had to get my people on television.” Every time Jay Leno performed on The Late Show with David Letterman, he’d tell the audience he was performing at Hirsch’s club. It wasn’t long before comedians were selling out performances at her 130-seat venue, and she made the decision to transition the space over to comedy entirely.

As the club gained national notoriety, Hirsch moved the location to the historic South Street Seaport, and then on to the heart of Times Square, where comedians still perform seven nights a week. “I didn’t have instant success. I had financial trouble,” she told me. “When you’re getting a business off the ground you can hit a brick wall, but I could see what worked and what didn’t.” 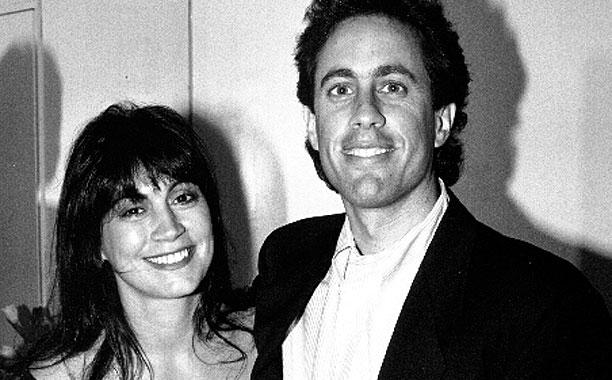 Hirsch’s “do what works” mentality is exactly what led to the founding of the New York Comedy Festival in 2004, an annual fest that now hosts more than 70 shows across all five boroughs. (The festival is running this week, headlined by the likes of Bill Maher, Patton Oswalt, and Trevor Noah – get tickets here.) “We did a 20-year anniversary special with Denis Leary and Jon Stewart at Carnegie Hall,” Hirsch said. “And it worked. It was incredibly successful—so I said, ‘we need to do more of this.’”

And she didn’t stop there. With the success of the comedy festival came the launch of Stand Up For Heroes, which celebrated its 10th anniversary as it kicked off the fest Nov. 1. “I would watch the news on Sunday morning and hear the names of veterans who were injured, and I wanted to do something for them. So I called up the Bob Woodruff Foundation, and I said, ‘let’s do a big show to raise money.’ It became the charity component to the festival, the big opening.”

Since then, Stand Up for Heroes has raised nearly $40 million for veterans in need.

Being funny is very aggressive behavior. And not all men can put up with it.

In the age of Youtube and Netflix Comedy Specials, more people are trying to break into the comedy world than ever before. Of the thousands of new acts she sees, Hirsch says only about 20 percent have what it takes to make it big, and there are still strikingly more men than women in the business.

Hirsch says the male/female ratio in comedy hasn’t changed much since the ’80s––about 75/25, she estimates. The statistic isn’t too surprising in an industry notorious for being a boys-only club. “Being funny is very aggressive behavior. And not all men can put up with it. They can’t. They can’t put up with a woman running the whole table,” she told Entertainment Weekly.

Hirsch believes it’s more important than ever for women to be pursuing careers in comedy. When it comes to social change and equal rights for women, Hirsch says, laughs can be as powerful as votes. “Comedy is a powerful tool. You can become an advocate. You have the power to make change,” Hirsch said. “The power of being funny and enlightened goes a long way in life.”

For Hirsch, men and women who want into the hyper-competitive world of laughs will need perseverance and a whole lot of tenacity, but this rings especially true for females, who will spend most of their careers swimming upstream.

“Young women in comedy today need to stay true to their work,” she advised. “You must have a vision and stay on that path. Writing and practicing your act on stage will help get you to the next level.” Hirsch mentioned the importance of live performances several times throughout the interview, advising hopeful comedians (especially women) to take every gig offered to them until they catch their big break.

When the destination is as fluid and indeterminate as ‘success,’ the journey is all there is.

“You might fail, but if you fail, you learn something,” she said. Comedic timing, tone, wording—it all comes from practicing in front of a live audience to learn what succeeds and what flops. “There are no overnight success stories. Success comes from constantly working on your material and delivery.”

The advice connects back to Hirsch’s entire philosophy: Keep your mind open, find out what works, and do more of that.

Hirsch wants younger women to remember the climb to the top doesn’t have to be grueling and painful. “I see young women comedians and I think ‘God, I’m so jealous, you have your whole careers in front of you!’ Take the time to enjoy that.”

From one type A to another, I know that’s easier said than done. But Hirsch’s advice rings true across all industries, not just comedy: When the destination is as fluid and indeterminate as “success,” the journey is all there is.

“I look around and I see so many things still left to do with the brand, to grow it,” Hirsch said. “But I’m not stressed. As long as you can pay your bills, stop stressing. Just enjoy the ride.”