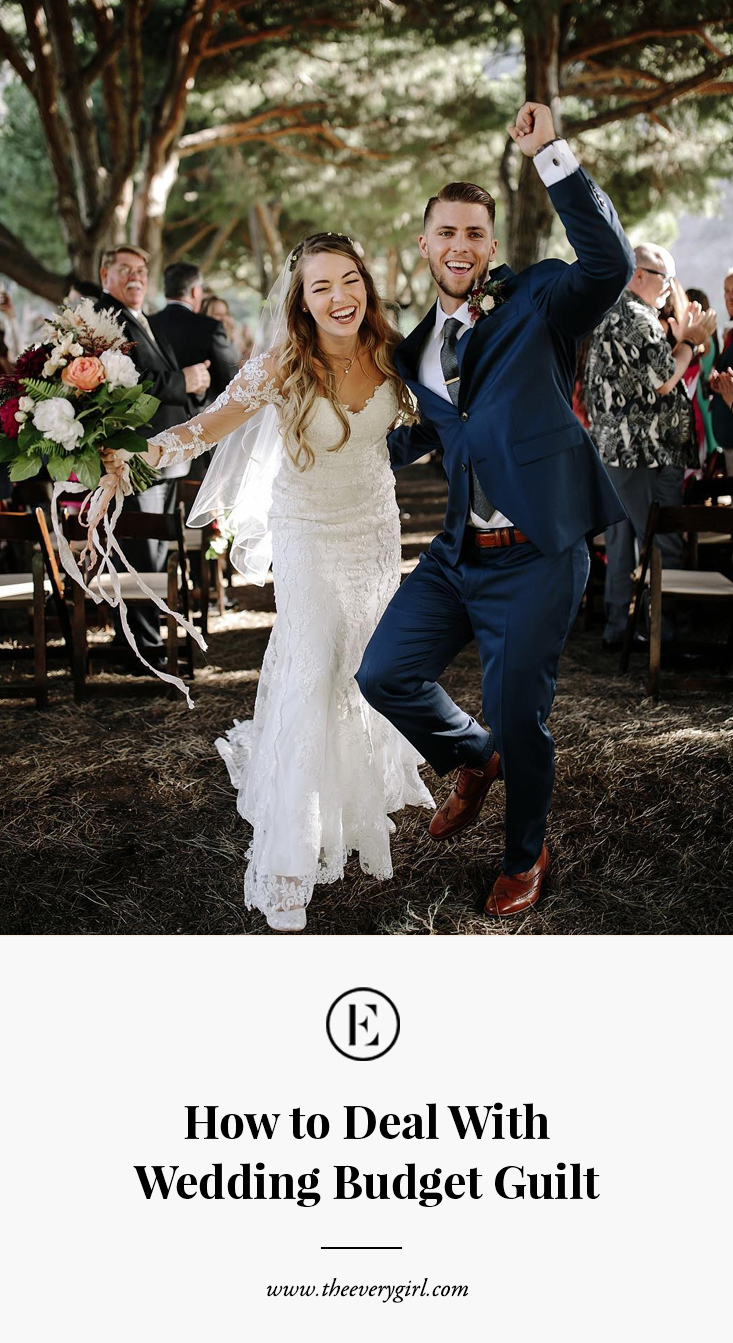 I was never the girl who dreamt of having a big wedding, or a wedding at all for that matter. My parents didn’t have money for theirs, so they eloped in a backyard – and I always found that idea to be endearing. I also couldn’t fathom spending hard-earned money on one day, even an important one. But you know what happens when you have parents who weren’t able to afford a wedding? They spend their lives saving for yours. Mix that in with a fiance who never turns down a party, and here I am, in the middle of planning a wedding and spending my parent’s hard-earned money (and my own, because I wasn’t OK with not matching it).

It’s a #firstworldproblem through and through, I understand that, and I’m not looking for pity (poor me, my parents want to help pay for our wedding), but if I’m feeling this way that means others have to be as well, right? It’s simply not always fun spending someone else’s money, or your own.

So whether you’re paying for your own wedding, having it fully paid for by family, or somewhere in the middle (as we are), here are 3 ways to ease the wedding budget guilt.

Whoever is pitching in for the wedding needs to take a serious look at their finances and figure out a budget – even if that’s you. And not a budget that’s fluid – it’s one that needs to be stuck to in order for each party to feel comfortable.

First, we came up with our own budget (the max we could spend and still maintain a stable savings account). Then, I asked my dad to do the same. Knowing that what my parents were pitching in wouldn’t leave them in debt or anxious eased some guilt.

It’s easy to get sucked in and go on autopilot with booking vendors or following suit to traditional wedding ideas – but try not to. I knew I had a (fairly small, relatively) budget to stick to and that getting every single “normal” wedding vendor wasn’t an option for us.

My fiance and I sat down and decided on what was meaningful to us, and then didn’t stress about the idea of not having flowers or a videographer. Not only does this keep us in budget, but I don’t feel like we’re wasting money on anything just because.

Remember that people want to do this for you

A few months into planning, I had a breakdown – which I hear is pretty normal. But it wasn’t the stress of picking a dress or a wedding song; it was a guilt breakdown. How could I be allowing my parents to spend the amount of a car on one day? How could I ask my close girlfriends to spend $200 on a bachelorette party?

My dad thankfully calmed me down after explaining something in a very simple manner: he’s doing this for me is because he wants to. He’s saved for it specifically, it makes him extremely happy, and he wouldn’t be doing it if he couldn’t afford it. My friends said the same.

Hearing those words directly from them made me feel much better, because I could relate to wanting to spend money on a loved one to make them happy – and have!

When someone offers to help with your wedding, don’t say no just because you feel guilty. A friend offered to help with signs as a wedding gift, and I reacted super fast and said “No no, don’t worry about that!” She asked me a few times after that, and eventually I said yes because it became apparent that she really wanted to do it.

We get so used to being independent that it’s sometimes hard to accept help from others, especially in the form of money that they’ve worked hard for. Just know that people who offer to help genuinely want to do things for you.

Have you struggled with accepting money or help from others? Budget guilt for spending your own cash?