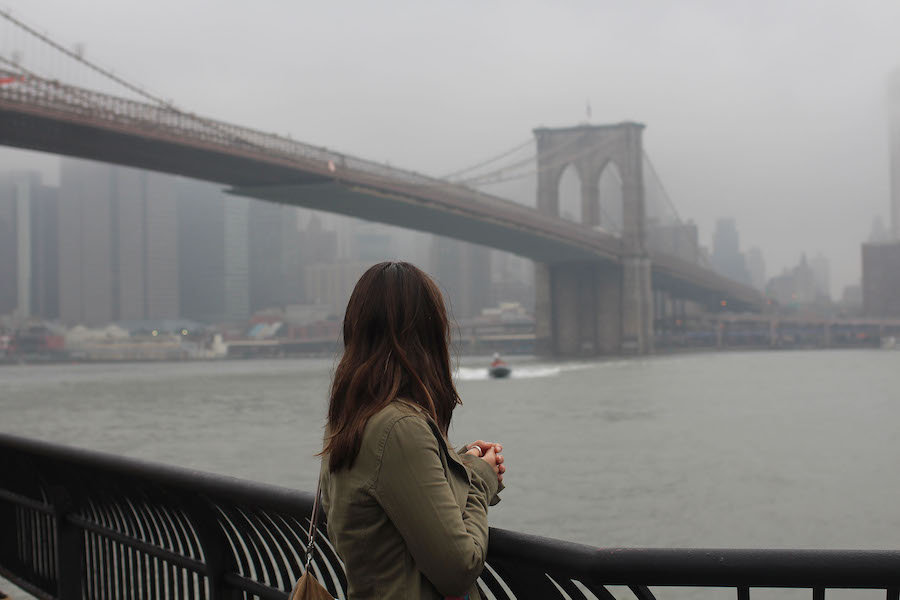 Two months ago, I pushed open the doors to my local Planned Parenthood and felt a wave of anxiety, relief, and sadness flood over me. I am getting an abortion today, I thought to myself, six words I never imagined would cross my mind.

After finding out I was pregnant (coincidentally during a doctor’s visit for my last Gardasil shot), I did my due diligence in preparing for the procedure. I dug through article upon article on the web to find out more abortion pills and surgical abortion, and while I could have sifted through the internet all day, nothing I found could have prepared me for the emotional journey I was about to embark on.

For one, I felt stupid and upset with myself for getting pregnant in the first place. I thought the chances of me accidentally getting pregnant would be less when I switched from taking a daily birth control pill to using Nuvaring, a flexible, plastic vaginal insert that promised to give me protection for 21 days at a time. But I must have forgotten to insert a new one in time somewhere in the blur of festivities between Halloween and Thanksgiving, because I was now just over six weeks pregnant. (When you forget to replace the ring, your body gets a cue to start ovulating, making you more likely to get pregnant.)

While I had dreams of becoming a mother — the kind who was president of the Parent Teacher Association and organizing team carpools — I didn’t expect the opportunity to present itself so early on. Having a child at the age of 26 would mean having to press pause on the initial goals I had set for myself and the future my boyfriend and I had planned. Not only that, but if I were to choose to continue the pregnancy, we wouldn’t be able to provide the child with the quality of life we had envisioned. In short, we weren’t ready, and knowing that I was about to say goodbye to the baby I wasn’t going to meet, grief began to crawl into my veins. We’ll meet again when I’m ready, I told myself.

We weren’t ready, and knowing that I was about to say goodbye to the baby I wasn’t going to meet, grief began to crawl into my veins.

After about 15 minutes of nervously reading procedure documents and waivers in the Planned Parenthood waiting room, my name was called, and I was ushered into a small clinical room.

“You’ll take the first abortion pill here, and then four more after six hours at home,” she shared, pointing at a cartoon woman popping four pills into her mouth. She continued to explain how the first pill would stop my body from producing the hormones needed for the pregnancy’s growth, and how the other four would initiate the shedding of the pregnancy tissue.

She then proceeded to take my weight and vitals before sending me upstairs to get my blood tested and my ultrasound done. With clear jelly spread across my belly, I learned I was, indeed, six weeks and two days pregnant — the clump of cells hadn’t even developed to be a centimeter in diameter yet. I breathed a sigh of relief.

Blood drawn and a bandage stuck in the inner crook of my elbow, I found myself in another waiting room for my turn to be brought into the procedure. When the nurse practitioner called me in and sat me down, she first asked me the typical questions like, “Are you sure about your decision? Why do you want to have an abortion? Is anyone pressuring you to make this decision? Do you have a supportive group?”

Then she asked, “Why do you want to take the abortion pill instead of doing the in-clinic abortion?”

Much to my chagrin, I learned that I was wrong in why I chose the abortion pill. Just because you are early in your pregnancy does not mean that you have to choose to take the abortion pill. An in-clinic abortion can be just as effective, and Planned Parenthood offers two kinds: a suction abortion and D&E (dilation and evacuation). The process for eliminating a pregnancy using these two methods is faster than the pill abortion. They can take, at most, up to 10 minutes, while the pill can feel more like a miscarriage with heavy bleeding for a few hours at a time. Because of this (and for financial reasons), I changed my mind at the last minute and decided to go forward with an in-clinic abortion.

I changed my mind at the last minute and decided to go forward with an in-clinic abortion.

After going through another walk-through and figuring out my insurance coverage for the in-clinic procedure, I was finally directed to a larger waiting room where I was told to place my coat, cell phone, and other belongings in a locker. With no phone to distract me, I sat twiddling my thumbs on a cushy recliner chair, and absentmindedly flipping through a 2016 issue of People until my name was called.

“Hi, my name is Rachel*,” the nurse told me as we walked past wheelchairs toward a clinic room. “I’ll be with you through the entire process today.”

Upon entering the room, I was greeted by three more women — one doctor, a doctor in-training, and then another nurse. I was handed a sterile set of fabric booties and a medical gown, and was asked to change out of my jeans. All the while, it was normal conversation that I overheard from the other side of the changing curtain, giving me a sense of ease that I wasn’t the only woman getting an abortion that day, and that this was more common than I originally thought.

When I emerged from behind the curtain, I saw that the team and table were both ready for me. Hair nets, hair masks, gloves, and the stirrups were all perched in their places, but my knees, body and feet all had to be placed correctly. I climbed up onto the table, and placed my feet sturdily into the stirrups and took a deep breath.

“You’ll feel a little bit of cold pressure,” said the doctor as she peered over the bottom flap of my gown. Suddenly, I felt the coolness of metal pliers slip in and prop me open. “Now, a small sharp pain as I inject the local anesthetic into place.”

While you can do the in-clinic abortion under anesthesia, you can also choose to do it awake. The reasons I chose to be awake included the fact that I just wanted to know what would be happening during the procedure, and because it would have cost $50 more to be asleep.

The anesthetic injection wasn’t the worst pain I felt — it was the actual suctioning and eliminating of the pregnancy tissue that hurt. Sharp, cramping pains ran right beneath the surface of my skin from my belly button down to my cervix. It felt as though a small baby turtle had been smashed against a wall, and then inserted into my abdomen, its shattered pieces of shell scraping my insides as the vacuum pumped and pumped.

I focused on my breathing and wished so hard that my boyfriend could have been there to squeeze my hand, but no one is allowed in the room with you except for the medical team. They did a great job trying to distract me from the pain, slipping into bits of conversation with me about a Netflix series I had been binge-watching, and telling me that I was doing a great job breathing and that I had great control over my body.

I focused on my breathing and wished so hard that my boyfriend could have been there to squeeze my hand, but no one is allowed in the room with you except for the medical team.

Before I could even dive into an analysis of the show with the doctors, the procedure was over. From what I could tell, it hadn’t even been seven minutes. The doctor exited the room with one of the nurses for a moment, and explained that they needed to examine the discarded tissue to make sure I was no longer pregnant. They came back with the confirmation and a wheelchair in tow. The team wheeled it over to me before helping me stand up and helped me slip into what looked like a giant, cushiony diaper.

“To help with the bleeding,” the doctor said.

As soon as I was wheeled into the recovery room, given a heating pad, some Ritz crackers and apple juice to help with my blood sugar, I broke into tears. Why? Even to this day, I wouldn’t be able to lay my finger on the reason. From the dizziness from the loss of blood to grieving what was a glimpse of motherhood, and finally, succumbing to the overall shock at how fast a pregnancy could disappear, it’s hard to tell which was the true sole reason behind my tears.

From the dizziness from the loss of blood to grieving what was a glimpse of motherhood, and finally, succumbing to the overall shock at how fast a pregnancy could disappear, it’s hard to tell which was the true sole reason behind my tears.

After about half an hour, 800mg of ibuprofen kicked into my system, and I was finally feeling better. I got my phone back, and quickly texted a “just finished — be out soon” to my sister and my boyfriend to let them know that things went well and to let my sister, who was picking me up, know that I was getting ready to leave. With a bag full of maxi pads, instructions on recovery, and antibiotics in hand, I walked back out to the waiting room to meet my sister who had just arrived. She quickly wrapped me up into her arms.

“I brought you bolognese,” she said carefully, hoping to cheer me up. “And the car is on the way.”

We headed out of the Planned Parenthood — silently thanking them for their healthcare options like abortion and birth control — and climbed into a black SUV to head back to the Lower East Side.

As I looked back toward the clinic, the anti-abortion protestor on the corner stared me down … but in my heart I knew I had made the decision that was right for me.

Abortion is a personal choice, and a common one as 4 out of 10 unplanned pregnancies end in abortion each year. If you choose to terminate a pregnancy, make sure you do your research — look up the options based on how far along your ultrasound says you are, choose your procedure based on your own preferences, and make sure that you have support in whichever decision you choose. Just make sure that you have tons of ibuprofen to help with the on and off cramping in the days following.

And know this — you are not alone.