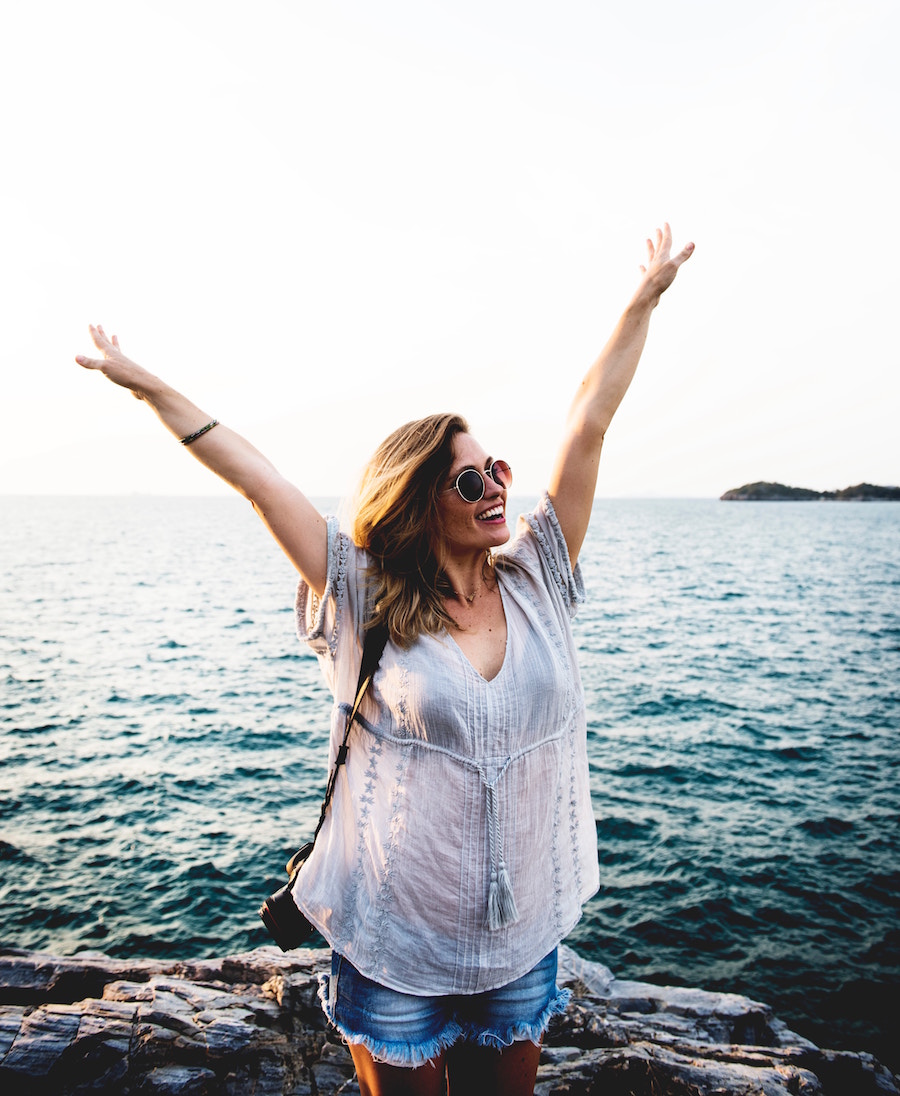 As a teenager, I went through a period when I would eat nothing but soup, rice, or massive bowls of Special K. My raging insecurities kept me from participating in gym class. When other girls tried their best, I didn’t try at all and pretended I just didn’t care. I was so embarrassed by my larger body (at 14, I was 5’8”) and lack of physical grace that I had convinced myself that I truly hated every game we played or activity we tried. As an adult, I was so uncomfortable in social situations that I used alcohol and food as crutches.

In the year between our first date and our wedding, the man who became my husband packed on over 40 pounds. (Hanging out with a girl who drinks nothing but beer and Five-Alive can do that to a guy.) He had been a diligent gym-goer before we met, and he bought himself a home gym machine as soon as we could afford it. I thought it looked like some kind of adjustable torture device, but with his encouragement, I tried exercise for the first time at 22. To my utter surprise, I loved it. 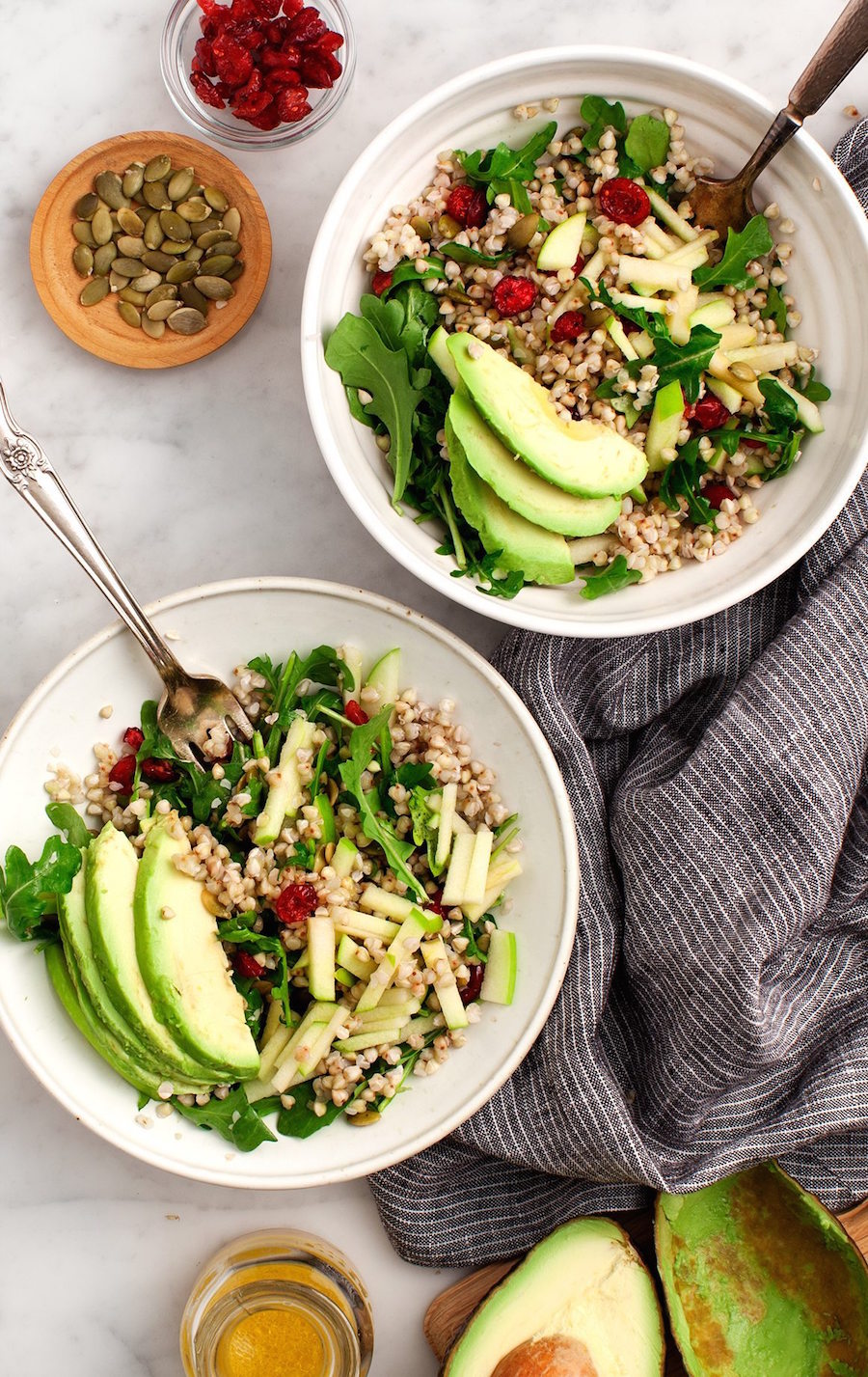 As I worked out consistently, I began losing weight. Encouraged, I started using an app to count calories. For each pound that melted away, I became a little more obsessed. I made my own protein bars and ate zucchini like it was my job.

Two years later I had clawed and struggled my way down to my lowest weight since puberty. And I still wasn’t happy. I still had a little pouch of fat between my belly button and my hips, a spare tire that protruded only in the front. No matter what I did, I couldn’t shake that belly. Never mind that I was stronger and fitter than I could have ever imagined. So what if I could hike 12 miles (20 kilometres, for my fellow Canucks) and lift heavy things? I still wasn’t skinny. I still wasn’t happy.

The years of restriction eventually led to binge eating. When I was stressed or upset — which happened a lot, thanks to an anxiety disorder — I would eat a pepperoni pizza and drink a bottle of red wine by myself. I would eat until my stomach ached and I wished I could throw up. At a wedding, I ate so much that I had to go lay down in the car until the pain eased. Everyone assumed that I was drunk and needed to sleep it off. I encouraged that story. It was less embarrassing than the truth: I had eaten until my stomach was swollen and painful.

Only my husband knew how much I was struggling. He held me when I cried about how disgusting I was and how I didn’t know how to stop eating once I started. He tolerated the weird, restricted way I ate during the week to make up for my binges. I was an expert in diet foods: zucchini “noodles,” cakes made of egg whites and protein powder, and an endless parade of boneless, skinless chicken breasts. He knew that my behavior wasn’t healthy, and he patiently waited for me to realize it too.

Finally, after five years of dieting, I realized I couldn’t do it anymore. I was haunted by the wedding I spent hiding in a car in the parking lot, so full it hurt to move. I was sick of obsessing over every single thing I put in my mouth. I was sick of getting mad at my husband when he made me dinner, because he didn’t weigh every single ingredient (Yes, I was a monster.). I was sick of lying and saying I didn’t want to go out for dinner. I was sick of being afraid of family dinners because I knew I would be surrounded by “bad” food. I quit dieting.

And here’s what happened. 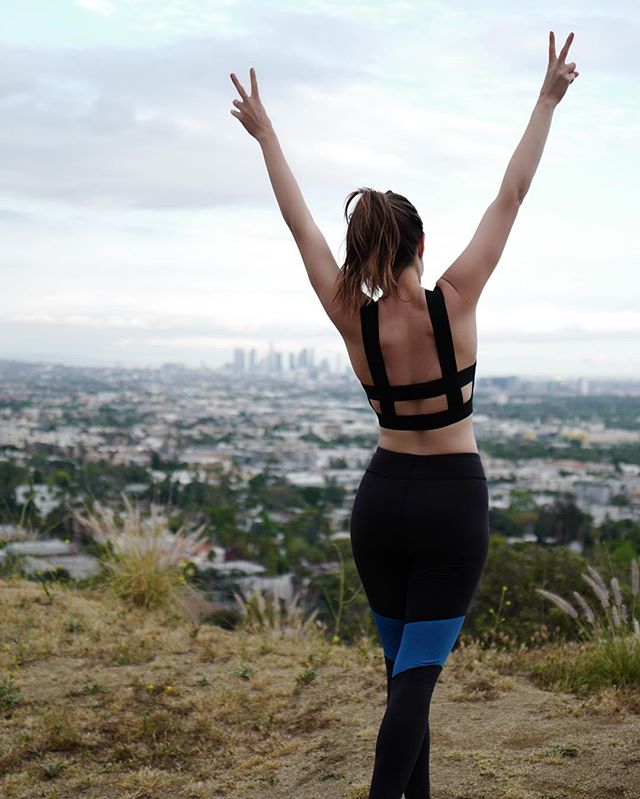 I had honestly convinced myself that “Eating healthy and working out are my hobbies!” But before dieting, I was a voracious reader, gamer, and generally engaged-with-the-world kind of person. Dieting had taken up all my focus and pushed those things out of my life. In the month after I stopped dieting, I read eight novels and discovered a new favorite video game.

My relationship with my husband got even better.

He’s thrilled to see me treating myself better, but it’s more than that: My weight obsession had been a gloomy haze over a lot of our time together. Post-dieting, I stopped getting angry when he cooked dinner and started just being grateful. I stopped saying “no” to date nights because I had already planned what I was going to eat for the next three days. I remembered that I live for the long, passionate conversations we get into over a pint of good beer.

I spent less time on my phone.

While dieting, if I watched TV instead of reading a book, I could also be researching workouts and “healthy” (read: low-calorie) recipes on my phone! I can’t count the number of times I stayed up way too late because I was busy looking for the perfect low-calorie recipe for paleo, sugar-free muffins. (I’ve since discovered that muffins should taste good, not like bricks of unhappiness.)

I got in touch with my own body.

For a few weeks post-diet, I found myself throwing out tons of uneaten food because I had no idea what I actually enjoy eating. The smell of zucchini makes me want to gag. I don’t like dark chocolate. Carbs are filling and satisfying to me; high-protein, low-carb meals leave me hungry and cranky as heck. And shockingly, I don’t want deep-fried things for every meal. My current go-to? Soup and a sandwich. Preferably on multigrain bread.

You know what’s expensive? High-protein pancake mix. Sugar-free syrup. Protein bars. Tofu noodles. An endless supply of chicken breasts. Buying groceries based on what I actually want to eat has reduced our monthly grocery spending by about $150 (CAD).

I quit dieting during the holidays, and the feeling of freedom was exhilarating. At first, I ate like I had never seen a cookie before. But for the past few weeks, I’ve been eating what I want, when I want, and I feel awesome. I have more energy for my workouts, I’m less moody, and guess what? My pants still fit.

I realized that my body is the least important thing about me.

I didn’t get my job by being the skinniest candidate. My husband didn’t marry me because of how I look. My friends don’t love me because I can tell them which type of alcohol has the fewest calories. I’m smart; I’m compassionate; I’m loyal. My body just gets me around.

It’s been over a month since I stopped dieting. I deleted my calorie tracking app, purged my social media feeds of “fitspo,” and embraced the parts of my life that I want to remember when I’m 80. It took a few weeks for me to realize just how unhealthy my thoughts had been, and I was terrified that I would gain weight. But I was more terrified of looking back on my life and seeing an endless cycle of food fear, shame, and overcooked chicken breast.