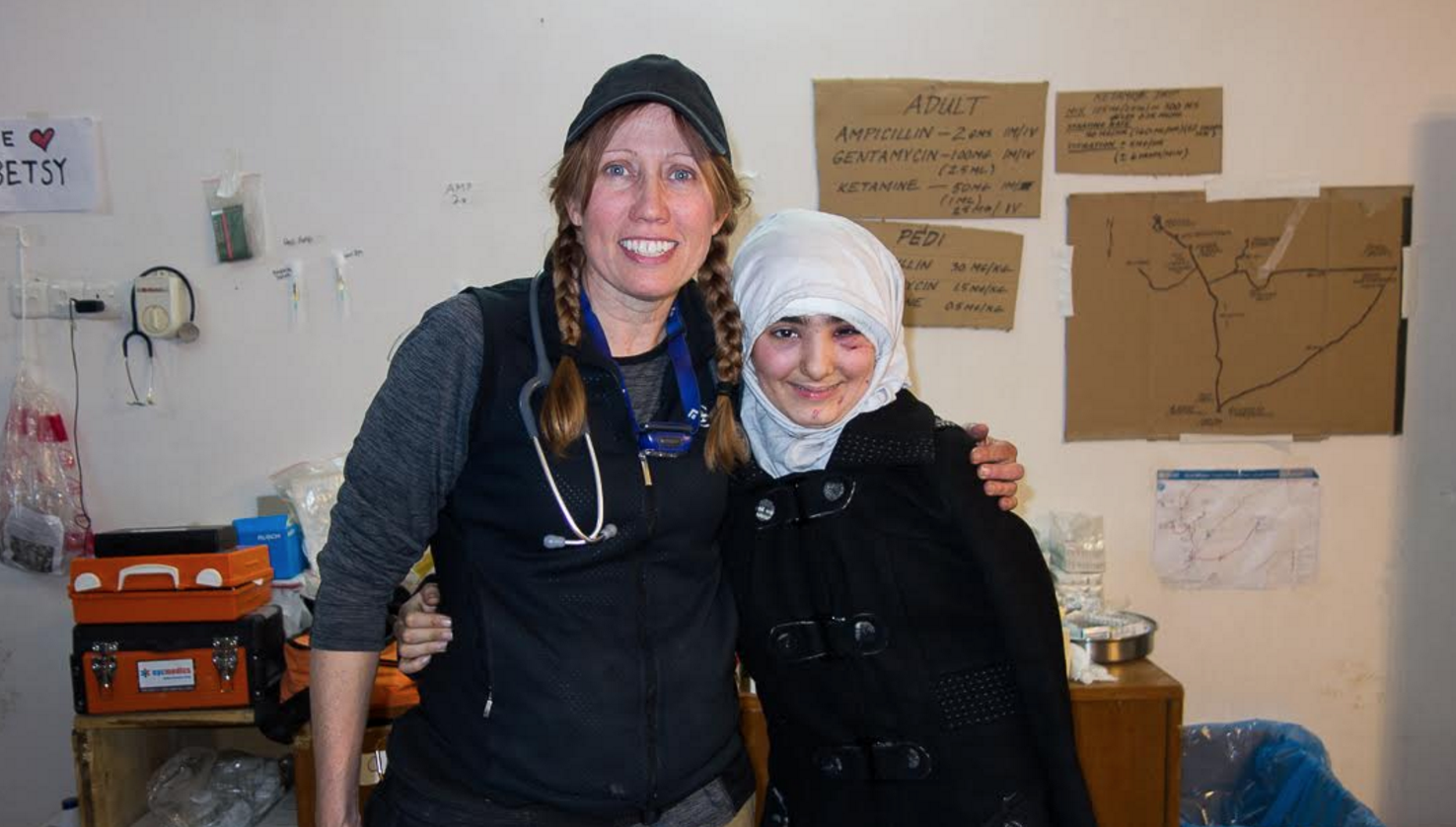 It’s hard to know where to begin. Let me just say that it was an incredible experience and one that I will never forget. I was a nurse on the front line in Iraq with an NGO called NYC Medics for six weeks during the assault on Mosul to retake the city from ISIS. We were tasked with providing care for those injured there after the astounding and horrific number of casualties sustained during the first assault.We were a small group of medical providers from all over, all of us compelled to help the Iraqi people. We were positioned with the Iraqi military and medical forces, and our job was to stabilize trauma patients at a TSP or Trauma Stabilization Point and transfer them for further care as needed.

The first thing I learned is that things are not necessarily just things. We set up our treatment areas in houses because of their sturdy thick ceilings and walls that offered protection against mortars. These were people’s homes that had been hastily evacuated clearly under the direst of circumstances. Clothing, furniture, housewares, and toys were all left behind as their owners sought escape and safety. When you are borrowing a refugee family’s dishes and home while they are in hiding, in a refugee camp, or engaging the enemy, it gives one a very real glimpse into their reality and an incredible life-altering perspective.

The second thing I learned is that we can all impact change with our actions, even small ones. From the smallest of things like a smile, a touch to the shoulder, a nod of respect and acknowledgement, sharing one’s lunch, or a light to see with, to bigger things like using one’s vacation time to volunteer as a nurse in a war zone halfway across the planet. I watched Iraqi soldiers generously share their food and care for villagers with the utmost respect, even though I know they come from differing religious beliefs. Another example was a wealthy Shia man generously providing truckloads of food to surprised Sunni villagers after he had seen their hungry children on TV. And I can’t tell you how many people thanked me for being there, men by patting their chest with their palm as a sign of respect and gratitude or women by grasping my head in their hands to double kiss my cheek. Women would frequently light up at the sight of a female medical provider and smile and wave. It’s true what they say about non-verbal communication. Even with the language barrier, their joy and gratitude for our efforts and presence was clear. 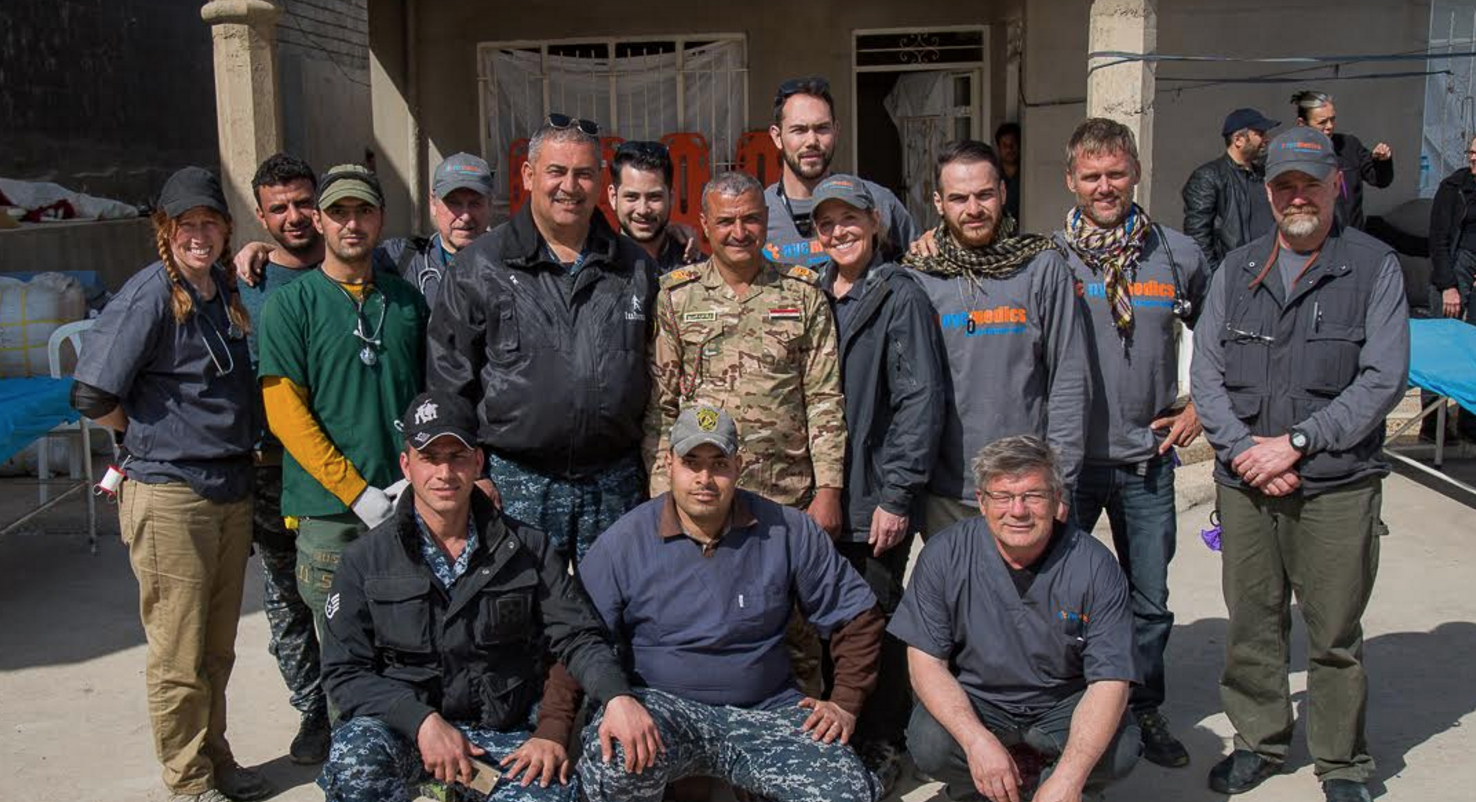 The third thing I learned was humility. I was humbled constantly. We treated a toddler who had been burned on his leg while hiding for days from ISIS. His sibling froze to death before they could be rescued in the cold desert temperatures. A four-year old was critically shot in the pelvis while her family was fleeing, even while they were carrying the requisite white flag. Her brother and mother were also injured. A six-year old girl was shot in the head and killed by an ISIS sniper. I and other team members tried in vain to comfort her distraught father as he learned of her death. A pregnant woman was abused by ISIS and sought our care after losing her baby. As she was being transferred to a hospital for surgery, I made a point of stopping to have the interpreter tell the woman and her husband how sorry we were about the loss of their baby. The husband nodded solemnly in acknowledgement of my small but heartfelt expression of sympathy. How can you help one recover under such circumstances? And yet, amazingly, no one complained. Not one man spoke of what he had faced. The women only mentioned it almost in passing or with probing. For example, one elderly woman had walked seven hours to escape ISIS. Another woman’s friend told how our patient had buried her son in her garden the day before. It was humbling beyond belief to think how much whining over nothing I have done in my life after witnessing such grace, dignity, and perseverance under the direst of circumstances. Everyone clearly had suffered gravely in some manner and had a horrific story to tell, and yet no one even mentioned their plight unless asked. All were just trying to move forward and begin living their lives again.

The fourth thing I learned was to be moved. Over and over again, I witnessed true grace under pressure as so many young soldiers rushed in carrying their comrades, many of whom were dear friends. Some suffered only minor shrapnel wounds, while others faced life-threatening gunshot wounds and blast injuries that required the entire group’s efforts and critical rapid intervention like chest tubes to stabilize them. Some were beyond our help. All were immensely grateful and gracious, thanking us in Arabic to the interpreter, but more often with a nod and palm to the chest as a show of gratitude as they went out bravely to carry on the fighting.

I was amazed. Small children played marbles next door as Howitzer-like guns went off and drones flew around and were fired at by soldiers with automatic rifles trying to shoot them down before they could drop grenades. I will not forget the simple delight of children peeking over walls with just the tops of their heads and faces visible, as they grinned ear to ear and waved like mad to get our attention, not unlike kids anywhere. Just earlier they had been doing their daily chores, which included sifting through our garbage for “finds.” And soldiers were just as playful on their down time, making the most of such moments with great humor and jokes. One day, one of the soldiers could barely keep a straight face as he presented me with a small children’s book on learning the Arabic language that he had found somewhere, and laughed with delight as I realized what my “gift” was. Another brought us a baby calf in the back of the ambulance just for fun to see our response.

I learned to love. The Iraqi people were so gracious and caring that our entire team made dear lifelong friendships. We saw them display continuous true generosity of spirit and selves. It made one want to be a better human being. We watched as the soldiers who protected us consistently treated all with respect and dignity. They took incredible care of us and for that we will be forever grateful. More than once we cared for men we knew personally. In one instance, we were shaken as two of the men were injured when their ambulance struck an IED. The ambulance was torn apart around them but somehow miraculously they were both okay.

I learned to hope. Watching such incredible perseverance and appreciation for simply day to day living gave me hope for Iraq and her people. The children playing and their contagious joy were heartening and inspiring. We cared for a young teen girl who had been injured while she and her family were fleeing Mosul. She had a terrible gash to her forehead, but was absolutely radiant in her joy. When she smiled, we were all but awestruck. She spoke perfect English and loves the movie Frozen. Our PA sang her favorite song “Let It Go” to her while meticulously suturing a laceration that would have required a plastic surgeon’s skills had she been in this country. 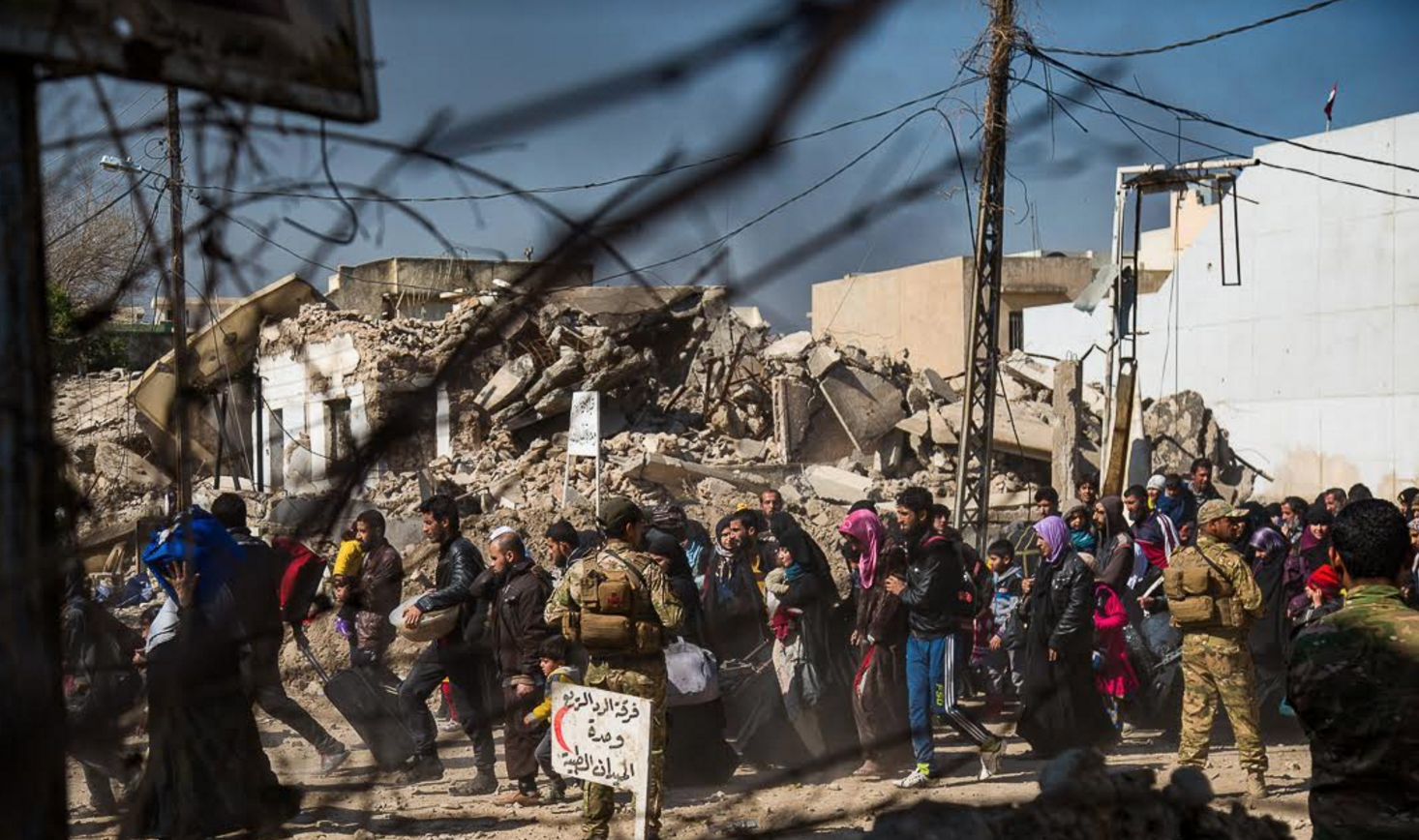 I learned to tremble. We were forced to evacuate at one point when repeated mortars were clearly aimed at our location, taking out the windows on a row of ambulances parked on our street, as well as critically injuring the guard at our front gate, just steps away. He was exposed protecting us from harm while we took cover. Thankfully, we were able to save him and transport him for additional critical care and he lived. I will be forever grateful to this man, whom I do not even know, and had handed a bottle of water to only hours earlier in a small gesture of gratitude, but who very nearly gave his life in order to protect mine.

Lastly, I learned to live. After seeing such devastation on so many levels, I cannot help but appreciate all that I have and all those I care about. Nor can I look at things the same. Life in all its depictions is precious and should be lived accordingly. So, although I am back in the States, a part of my heart remains with the Iraqi people. And though they so profusely thanked me, it is I who should be thanking them. It was a privilege to care for them. It is difficult to fathom how one receives so much when their intention is to give, but I know every one of us who volunteered feels that we received far more than we gave. And although one may have differing views regarding religion, I, for one, will pray for the Iraqi people, their hopes, their dreams, and their future. Auguste Rodin once said “The main thing is to be moved, to love, to hope, to tremble, to live.” I learned to do all of this while in Iraq helping care for her people, and for that I will forever be grateful. Shukran Iraq. Shukran.