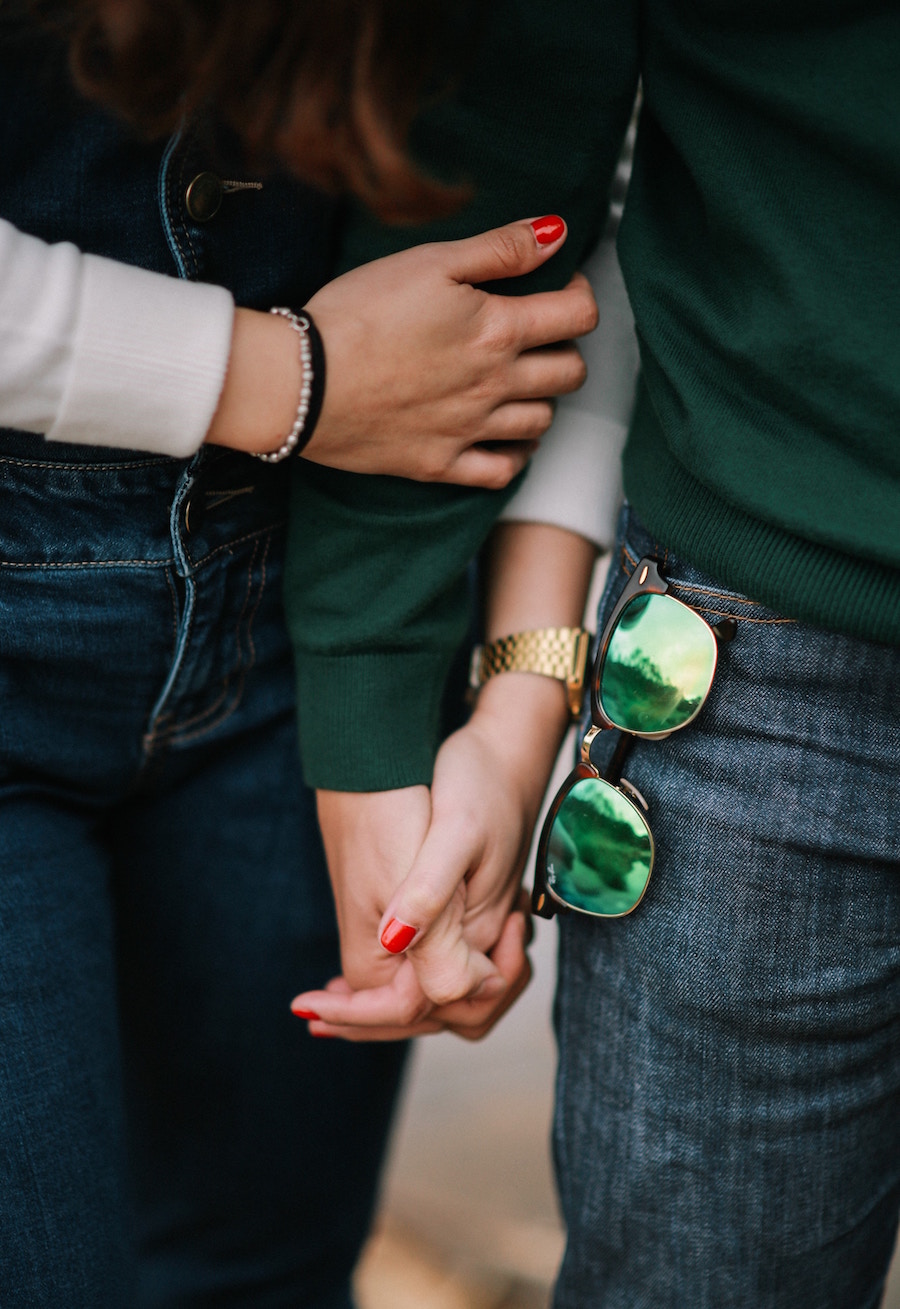 If there’s one word my friends and family would use to describe me, it’d have to be honest. There are few subjects I consider too taboo for discussion, much to the horror of anyone who invites me to a dinner party.

But despite treating most of my life like an open book, there’s one topic that I’m often reluctant to discuss with even my closest friends: my polyamorous relationship.

My partner and I have been together for about two and a half years, and have been polyamorous for most of that time. Polyamory can be practiced in many different ways. For us, it means we’re allowed to have sexual and romantic connections with people outside of our relationship.

Labels have never really appealed to me, and the term “polyamorous” is no exception, despite how fittingly it describes my relationship. I’m personally fond of the term “relationship anarchy,” but describing myself as a relationship anarchist does sound a little pretentious. I tend to simply tell people I’m in an open relationship to avoid the cringe factor.

I haven’t always embraced non-monogamy. In fact, I used to be decidedly on the other side of the fence.

I haven’t always embraced non-monogamy. In fact, I used to be decidedly on the other side of the fence. I’ve been cheated on in almost every relationship I’ve ever been in (including one lovely experience of walking in on my boyfriend in bed with my roommate). I used to think that sleeping with someone else when you already had a partner was a selfish, hurtful act that ended relationships. So what changed?

A few years ago, I was newly single and feeling like I was ready to meet someone new. One night, I had this amazing dream that I had five boyfriends. When I awoke, it was with a newfound sense of curiosity. I’d always been monogamous, but the idea of a non-monogamous relationship suddenly didn’t seem so unappealing. I joked with my roommates about my “quest to find the five boyfriends.” While I wasn’t really being too serious, that dream would prove to be kind of prophetic.

It wasn’t long until I met James. He was moving overseas in a few months, so I didn’t expect a long-term relationship. He also explained right from the get-go that he didn’t do monogamous relationships. I was secretly thrilled. In my mind, the few months we had together would be the perfect way for me to experience an open relationship.

However, our casual relationship turned serious pretty fast. We fell in love. He decided to delay moving away and was actually the one to suggest we become exclusive. I’ll admit I was a little disappointed that I wouldn’t get to experience an open relationship. But given James’s history, I knew there was a possibility that we could become open in the future.

I couldn’t escape a lifetime of social conditioning that dictates that your partner having sex with other people is fundamentally wrong.

Our relationship did indeed become non-monogamous about six months later. In the beginning, it was hard. I’d done a lot of soul-searching before deciding to be open. I knew it was what I wanted. But I couldn’t escape a lifetime of social conditioning that dictates that your partner having sex with other people is fundamentally wrong.

As difficult as it was to deal with those deep-seated feelings of insecurity, inadequacy, and jealousy, the biggest challenge was learning what polyamory was really about: connecting with other people. Despite my dream of having five boyfriends, my initial idea of an open relationship was one where sexual encounters outside of the relationship were to be strictly casual, with zero feelings attached. I was afraid that if my partner developed feelings for someone else, his feelings for me would fade.

I was afraid that if my partner developed feelings for someone else, his feelings for me would fade. But intimacy and love aren’t finite resources.

But intimacy and love aren’t finite resources. Kind of like how having a second child doesn’t make you love the first one any less. In fact, many people in polyamorous relationships — including myself — find that being with someone else only makes you appreciate your partner even more. Not to mention that it’s a little unrealistic to expect feelings won’t develop from an intimate relationship.

I’m open to pursuing romantic connections with other people in whatever way they might form, whether that’s something casual or something that resembles more of a serious relationship. But to me, James will always be my main partner. I can’t imagine having such a profound connection with anyone else.

While I would describe myself as polyamorous, I’m not at all involved in the polyamorous community (yes, it’s a thing). I think it’s a great support network, but I honestly have no interest in bonding with people over the fact that we share the same relationship dynamic.

I’ve found that much of the polyamorous community tends to focus a lot on talking up the positive aspects of polyamory. I get that. People in monogamous relationships can be quick to criticize those who aren’t, and you don’t want to give them more fuel for the fire.

When a polyamorous couple has issues or breaks up, people often blame it on non-monogamy. Relationships break down all the time. That’s not exclusive to polyamory. Every relationship has its challenges, regardless of the dynamic. So why do the polyamorous ones face so much criticism?

Just telling someone you’re in an open relationship can be a gamble. You never know how they’ll react — though as I’ve learned over the years, it’s usually with staggering prejudice.

Just telling someone you’re in an open relationship can be a gamble. You never know how they’ll react — though as I’ve learned over the years, it’s usually with staggering prejudice. I’ve heard everything from “Every open relationship I’ve ever seen has ended badly!” to “I wouldn’t consider that a real relationship.” I once had someone I barely knew tell me that I “mustn’t give a f**k” about my partner because we weren’t monogamous. Would you ever tell someone in a monogamous relationship that they don’t care about their partner because they won’t let them sleep with other people? I didn’t think so.

Polyamorous women who date men get the added bonus of screening questions of a more concerned nature. “Are you sure this is what you want? Did your boyfriend pressure you into this? That sounds abusive.”

Not all misconceptions about polyamory are negative. You might think polyamory involves meeting new lovers all the time and having wild sexual experiences, but I personally have neither the time nor the energy to entertain that kind of lifestyle. I’ve never been overly fond of dating culture. In fact, I kind of hate it. I’m socially awkward and super introverted, and my interest in “putting myself out there” is sporadic at best. It can also be hard to find people willing to get involved with someone who already has a partner. Nevertheless, it’s good to be free to follow connections when I want to.

Every human experiences insecurity to some degree.

Sometimes people tell me they can’t imagine what it must be like to never experience jealousy. Trust me, polyamorous people definitely do feel jealous. In fact, I think that any polyamorous person who says they “don’t experience jealousy” is lying to themselves. Every human experiences insecurity to some degree. The difference is that polyamory really makes you face those unpleasant feelings and work through them. Communication is key in any relationship, but especially so in non-monogamous ones.

Polyamory was incredibly challenging to begin with, and I still face the occasional challenge years later. But I can’t believe how much it’s allowed me to grow as a person. I’ve never been more shocked than when I first experienced the opposite of jealous: compersion — that is, feeling happy for your partner and their relationship with another lover.

I don’t think polyamory is better or more “natural” than monogamy, or that everyone should be polyamorous. It’s just what works best for me. And while I never (or perhaps I should say, still haven’t) found those five boyfriends, polyamory has allowed me to find one amazing partner and the most meaningful relationship I’ve ever experienced.