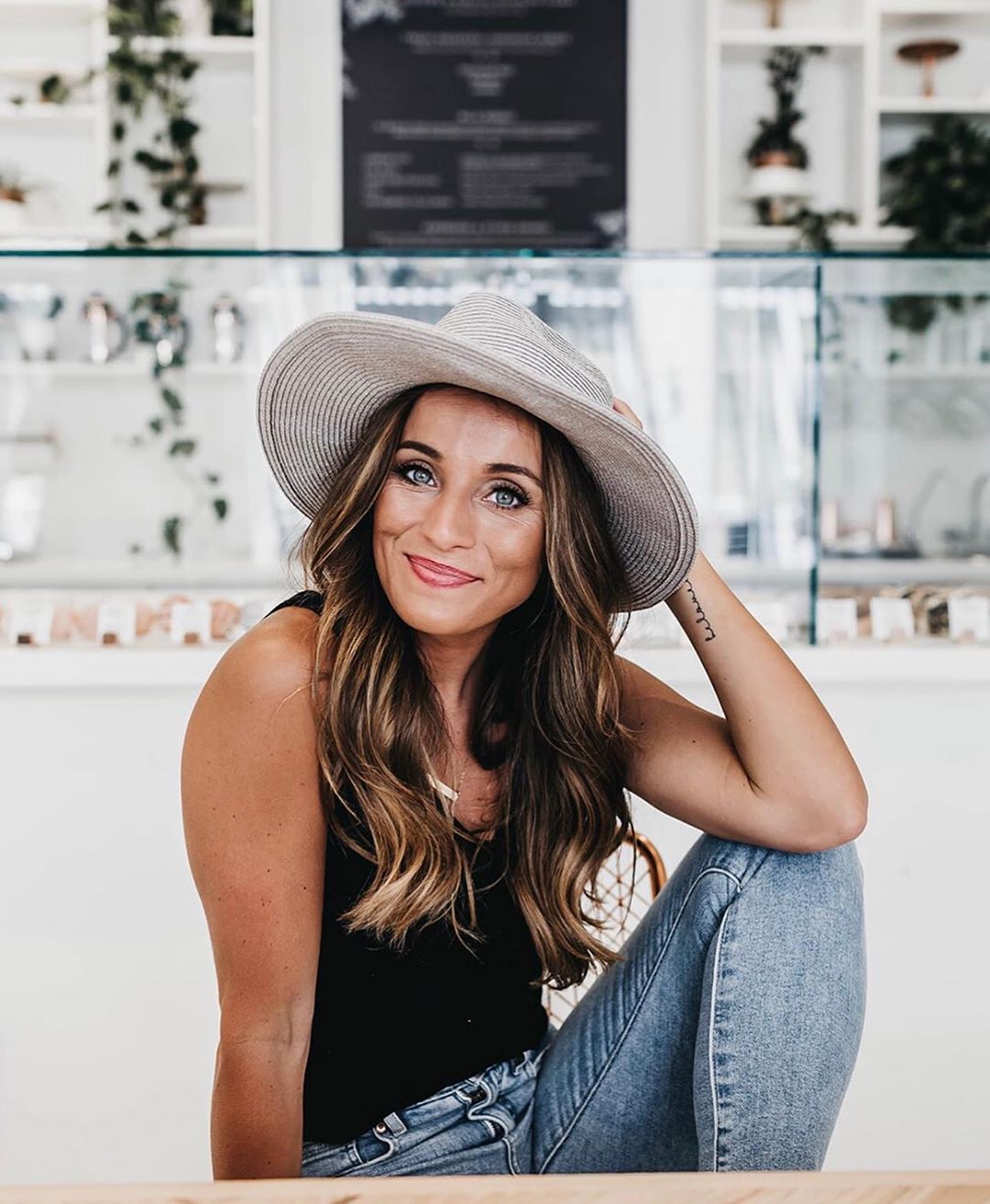 All entrepreneurs master the gift of multi-tasking and wearing many hats — whether that means being CEO or the one taking out the office trash that day — in order for their business to thrive. Nobody knows this better than Jordan Lee Dooley, the 25-year-old author of Own Your Everyday.

Jordan prefers to go by the title “multi-passionate authorpreneuer” — in addition to host of the SHE podcast, community builder, small shop owner, and now, a national bestselling author.

Jordan started her first business in college when she was living in her sorority house at Indiana University. Her boyfriend (now husband) noticed that she was lettering quotes in notebooks and making signs for her sorority sisters, so he suggested making an Etsy shop. After a couple of weeks, she made her first sale. 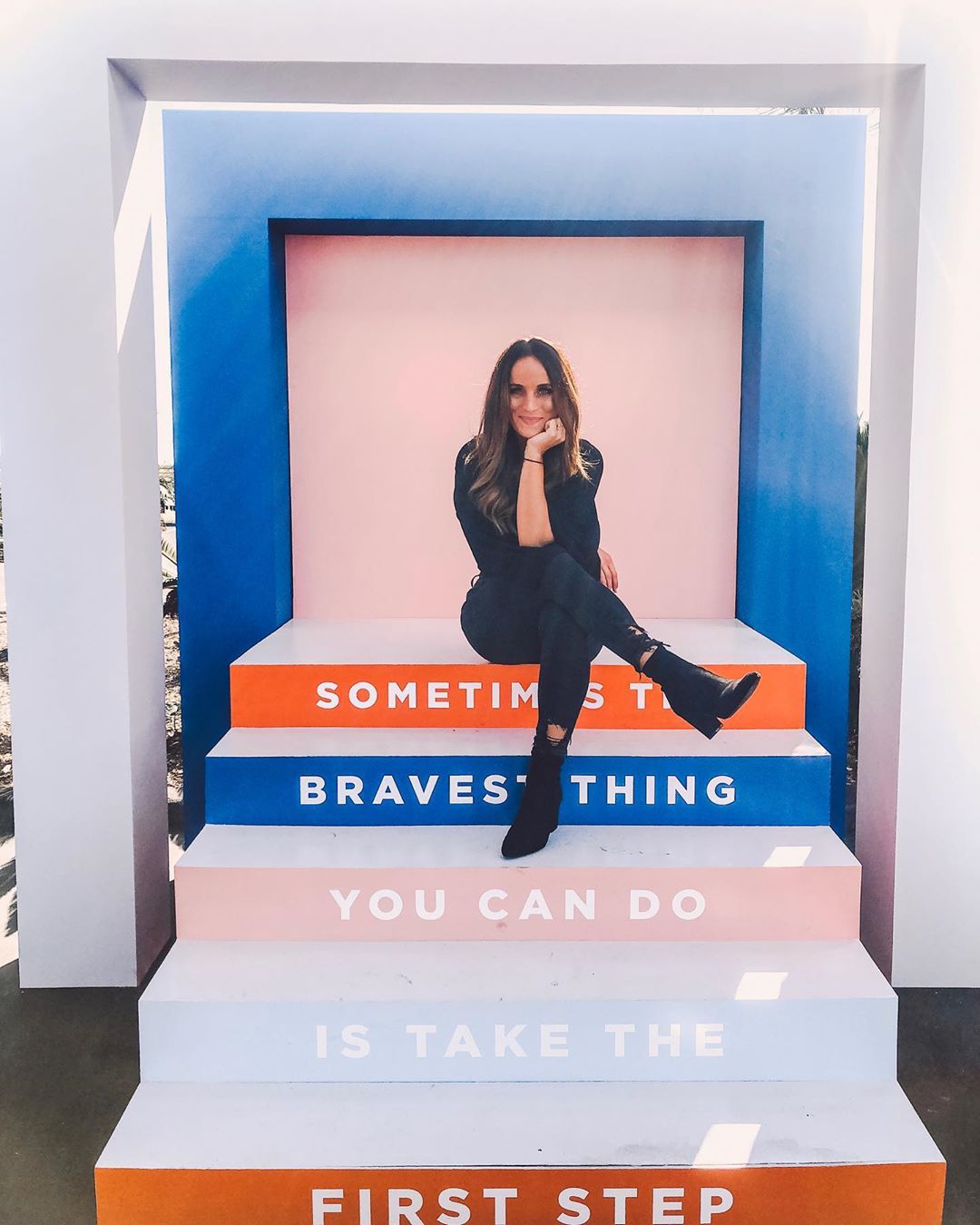 Since then, she’s honed in on her passions and has grown while working for herself.

“I believe I’ve gotten to where I am today because I’ve taken steps without worrying about being seen starting small or what others think,” Jordan said. “That doesn’t mean I don’t ever worry about what others think, but it’s been those steps where I can put off that fear long enough that have propelled me forward.”

Jordan believes that being multi-passionate is what has fueled her success in her career — particularly in being an author.

“Because I’m multi-passionate and have dabbled in many different things over the years (photography, writing, social media marketing, blogging, running an online shop, etc.),” Jordan said.  “I often have to ask myself, ‘What can I let go, and what do I need to focus on and grow?'”

Jordan often speaks about tackling insecurity — something she has had to do herself. Over the years, she’s figured out that dealing with insecurity isn’t a one-and-done deal but rather something she needs to work on every day. Helping women overcome their own insecurities is something her business focuses on today.

“I’ve found that acknowledging my insecurities and also doing the work it takes to get to the root cause of them to be extremely helpful. I think we often forget that second part. Acknowledging an insecurity exists is not necessarily taking ownership of it,” Jordan said.

“Complaining about it and talking circles around it doesn’t actually help resolve the issue. In fact, doing so gives that insecurity a lot of power it doesn’t deserve. That’s like mowing over a weed in our yard only to be frustrated when it comes up taller the next week.”

I believe I’ve gotten to where I am today because I’ve taken steps without worrying about being seen starting small or what others think. 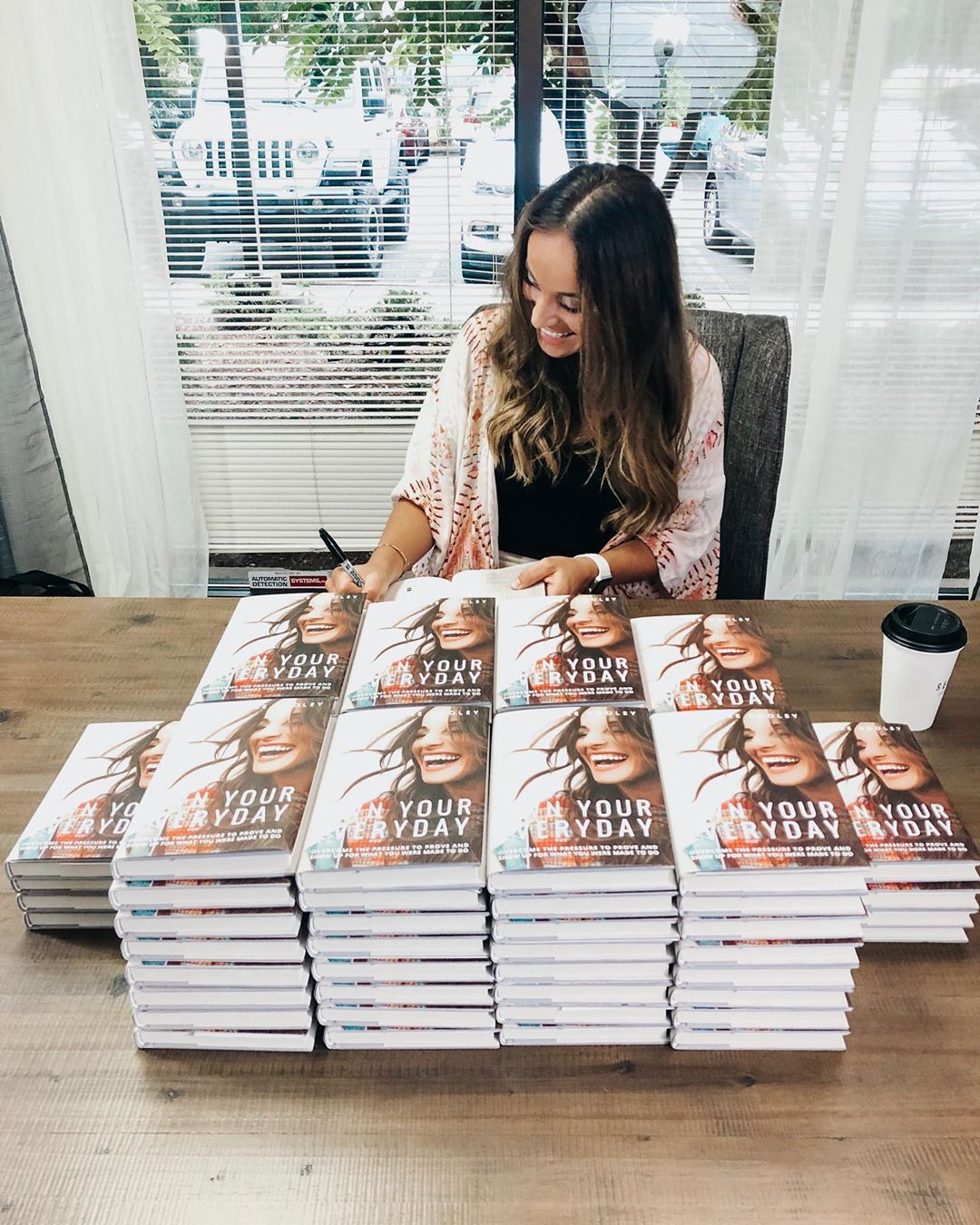 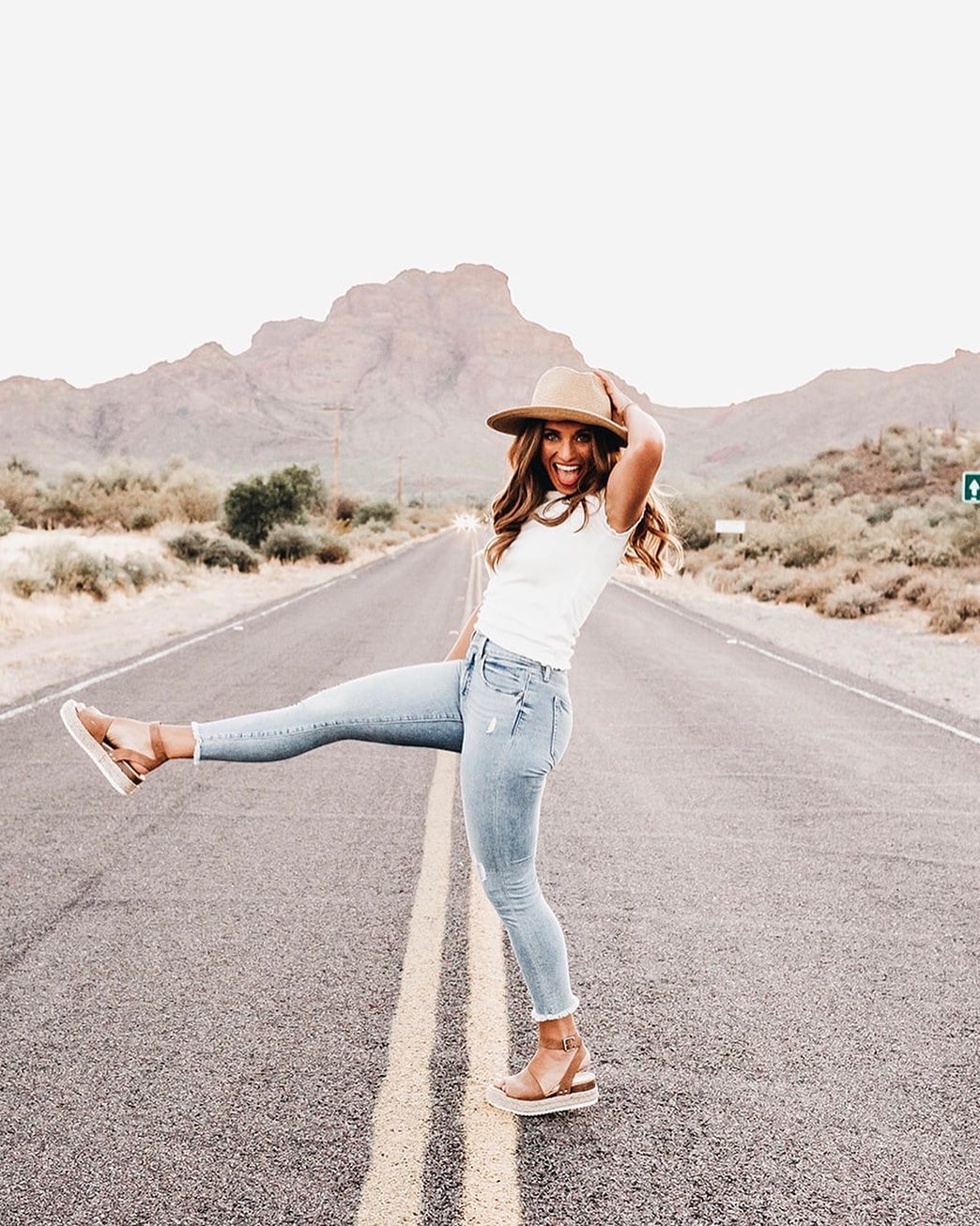 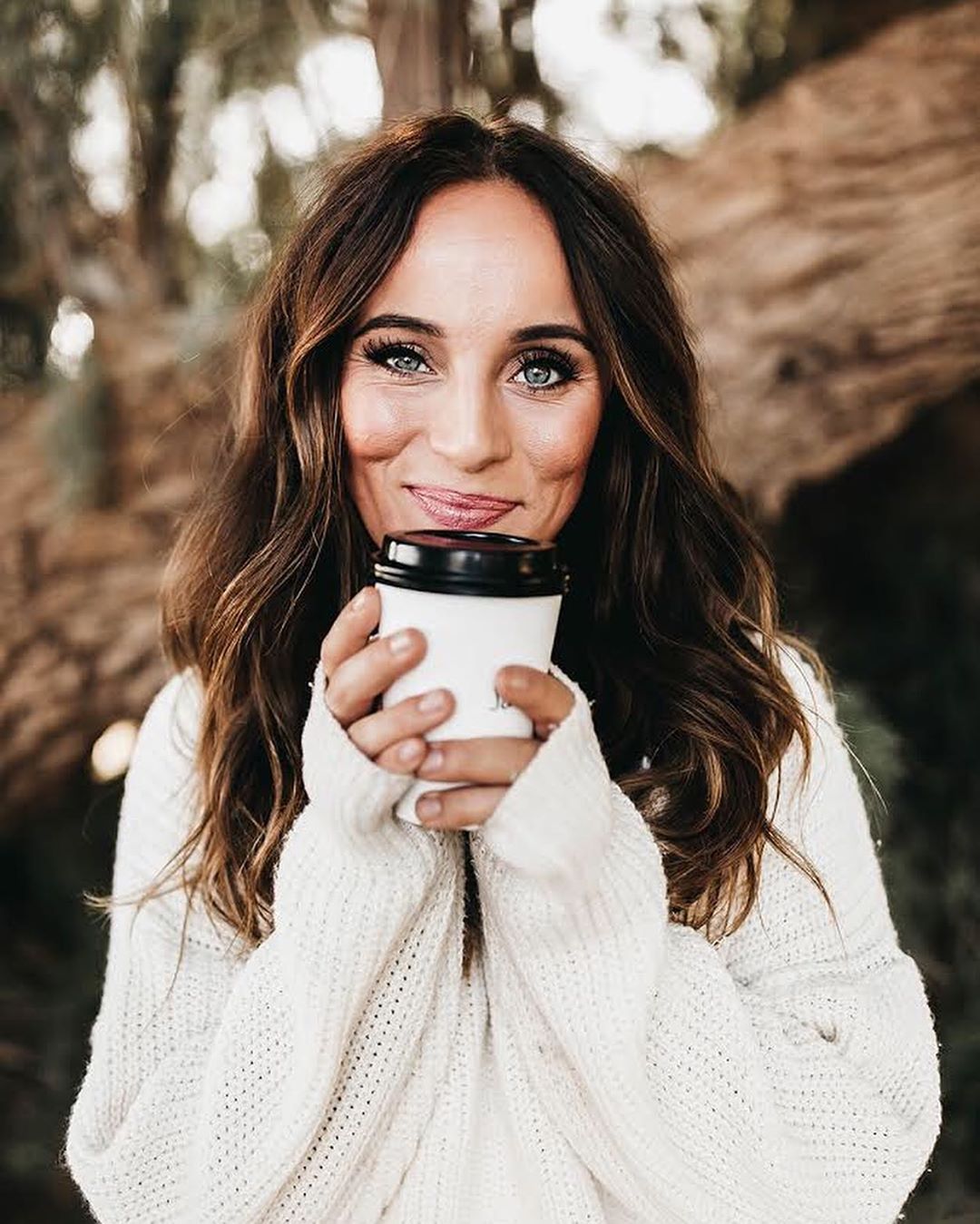 Jordan has found that figuring out why she’s insecure, rather than giving it power over her, has been the trick to overcoming them.

“However, tackling the root of the issue is a bit more work. Instead of whining or complaining about it, asking, ‘WHY do I feel this way? What is causing it?’ and taking time to explore those questions honestly, as well as ask for help in removing those root causes, is taking ownership of that insecurity,” Jordan said. “And I believe taking ownership of those things in our lives helps us stop allowing our insecurities to own or take over our lives.”

Another way Jordan fuels confidence is through self-care — something she constantly advocates for. One way she does that? Taking a 24-hour phone and social media break every week, so she can completely reset. (Can we just say how genius this is?)

“I try to move my body 5-6 days per week, spend some time in prayer or with a devotional each morning, and really limit my screen time,” Jordan said. “We don’t allow devices in the bedroom, and I take a 24-hour break from my phone and social media every week. It helps me reset, be present with my people, rest, and I often end up re-inspired as a result!” 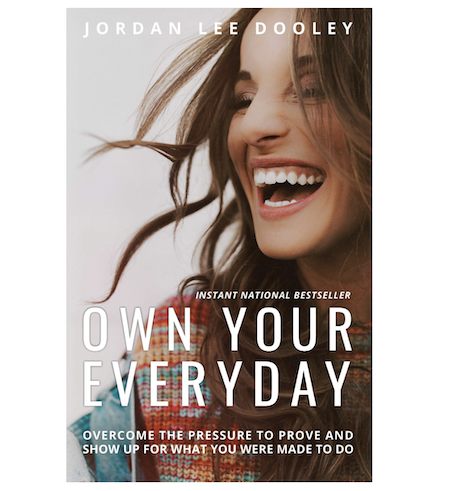 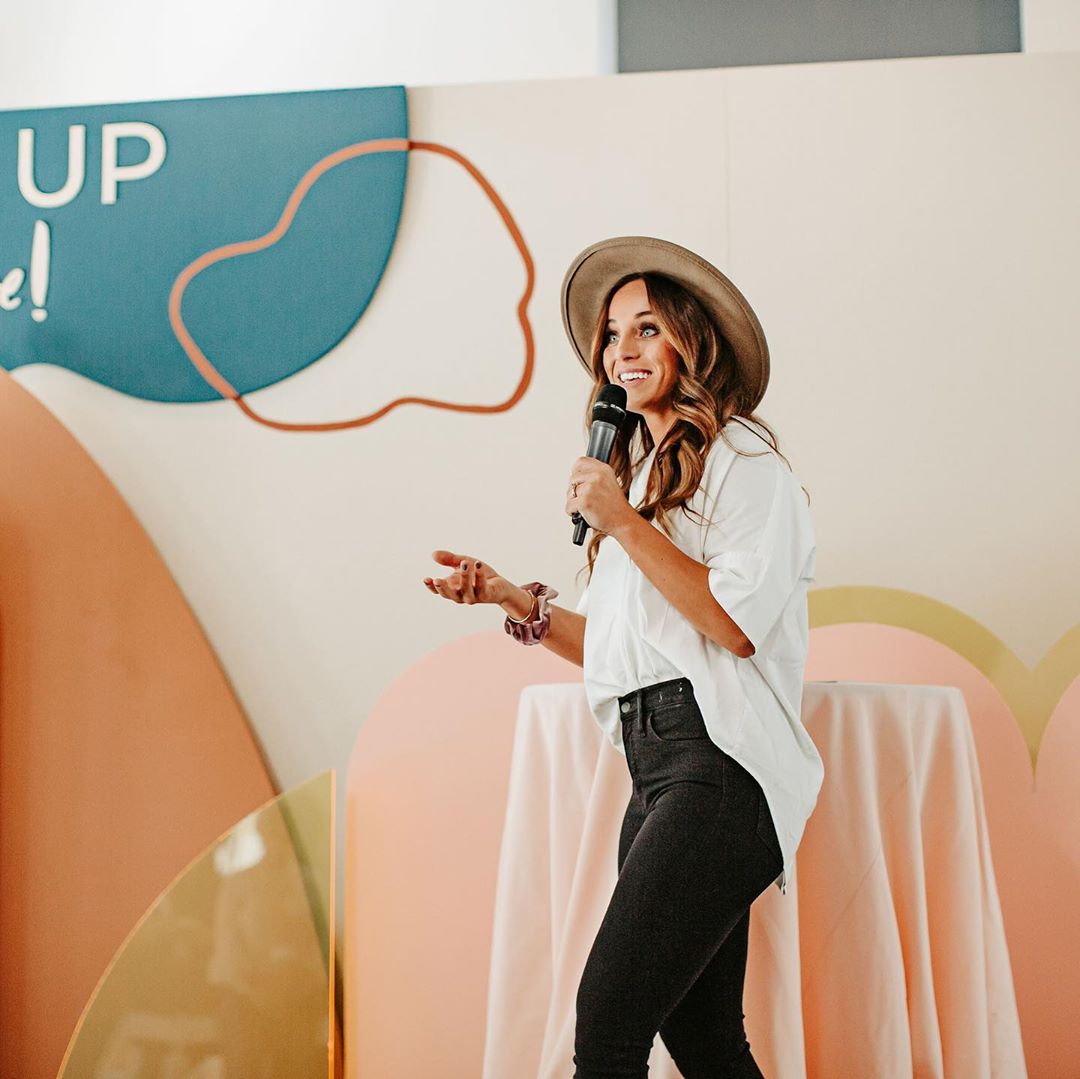 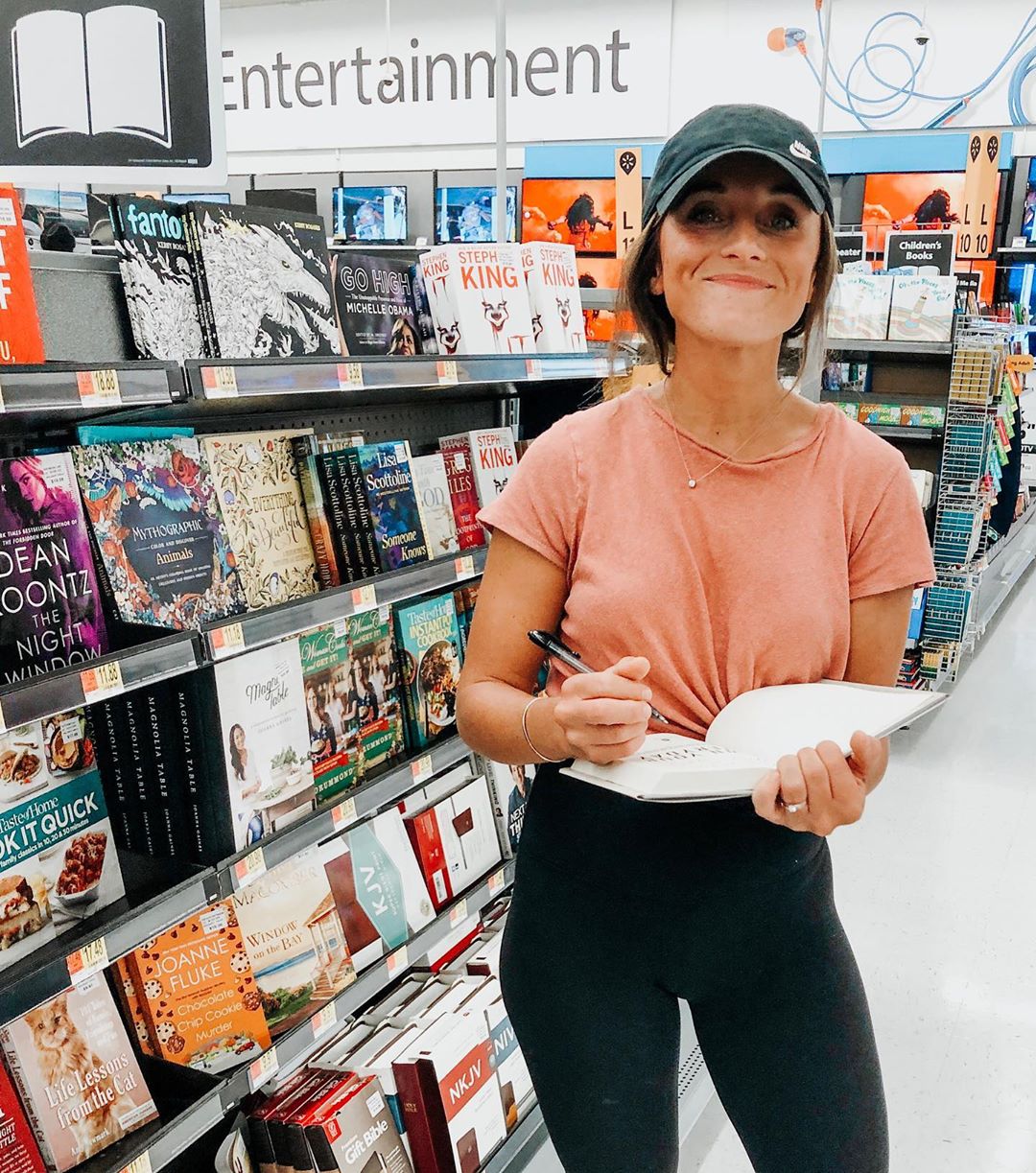 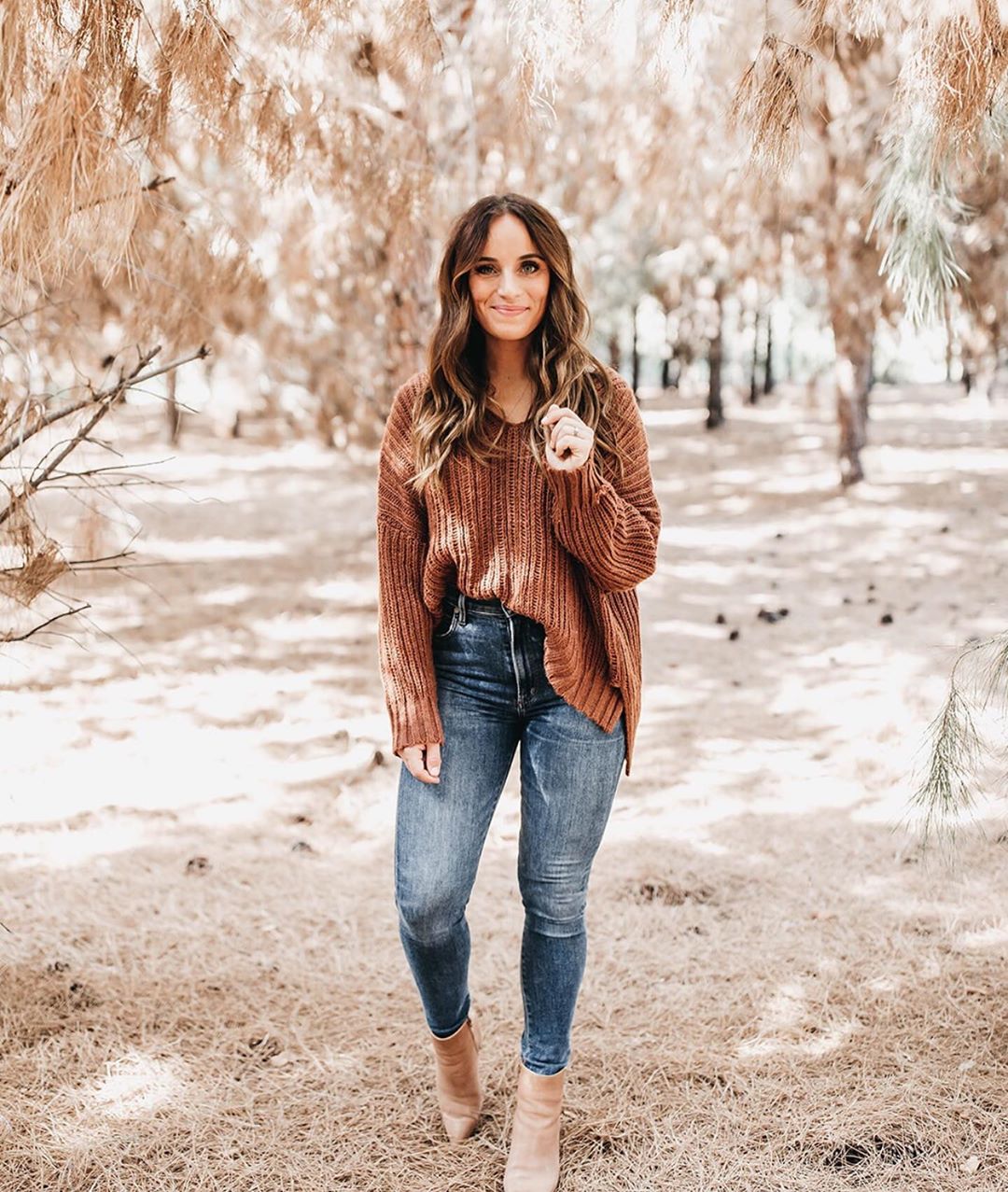 One of Jordan’s biggest tips for reaching your potential with your career is to break away from the labels that women are often given.

“I’ve often felt labeled by projects I’ve done, things I’ve created, or what I do. Sometimes those labels can be suffocating because they come with a set of expectations,” Jordan said. “I’ve been able to break away from them not by dropping what I believe or things that I’ve created but instead by being okay with surprising people. I’ve just gotten comfortable with not making everybody happy and with trying new things.”

More important than labels implemented by others, Jordan hasn’t let herself limit herself by only allowing herself to be passionate about one thing. By exploring all of her interests, she’s discovered more about herself and what she truly loves.

“Life comes in phases, and our passions have a purpose, but the pressure of certain labels can cause us to never step outside the box or try something new when a new season calls for it,” Jordan said. “Taking ownership and setting the expectation myself has allowed me to break free of expectations and labels that I perceive others might impose.”

Life comes in phases, and our passions have a purpose, but the pressure of certain labels can cause us to never step outside the box or try something new when a new season calls for it. 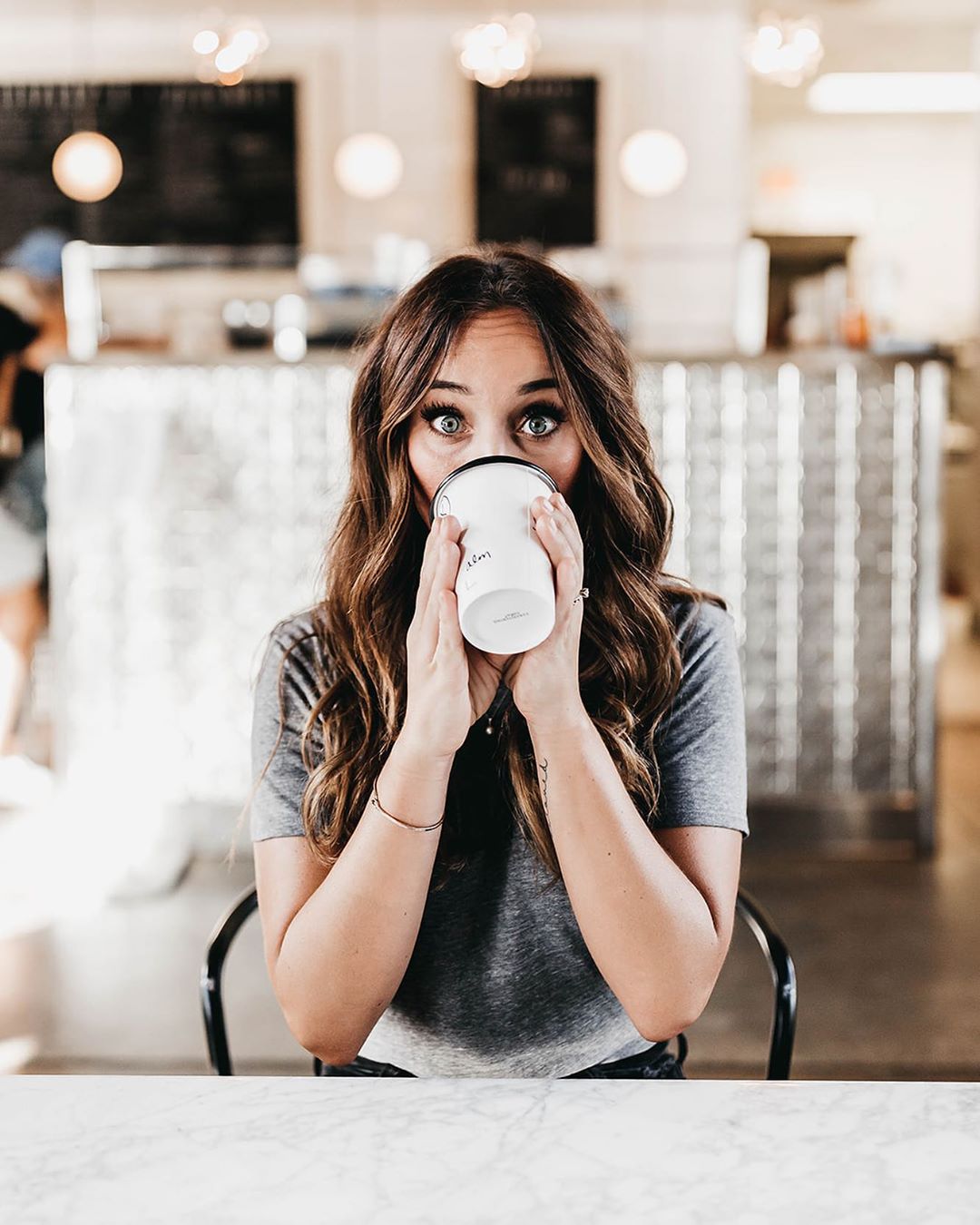 Jordan got the idea for her book through the questions women would ask her most frequently — many of which would include frustrations about their career and finding a “purpose.”

“I realized that we women are bombarded with so many empowering messages about making it to the ‘top’ and going after our dreams, but no one was addressing the girl who felt like she had un-figured out dreams or struggled with not knowing her ‘thing,’” Jordan said. “I noticed it because I WAS that girl and often felt the pressure to prove I could be successful and go after my dream… but had a hard time even defining what that dream would be.” 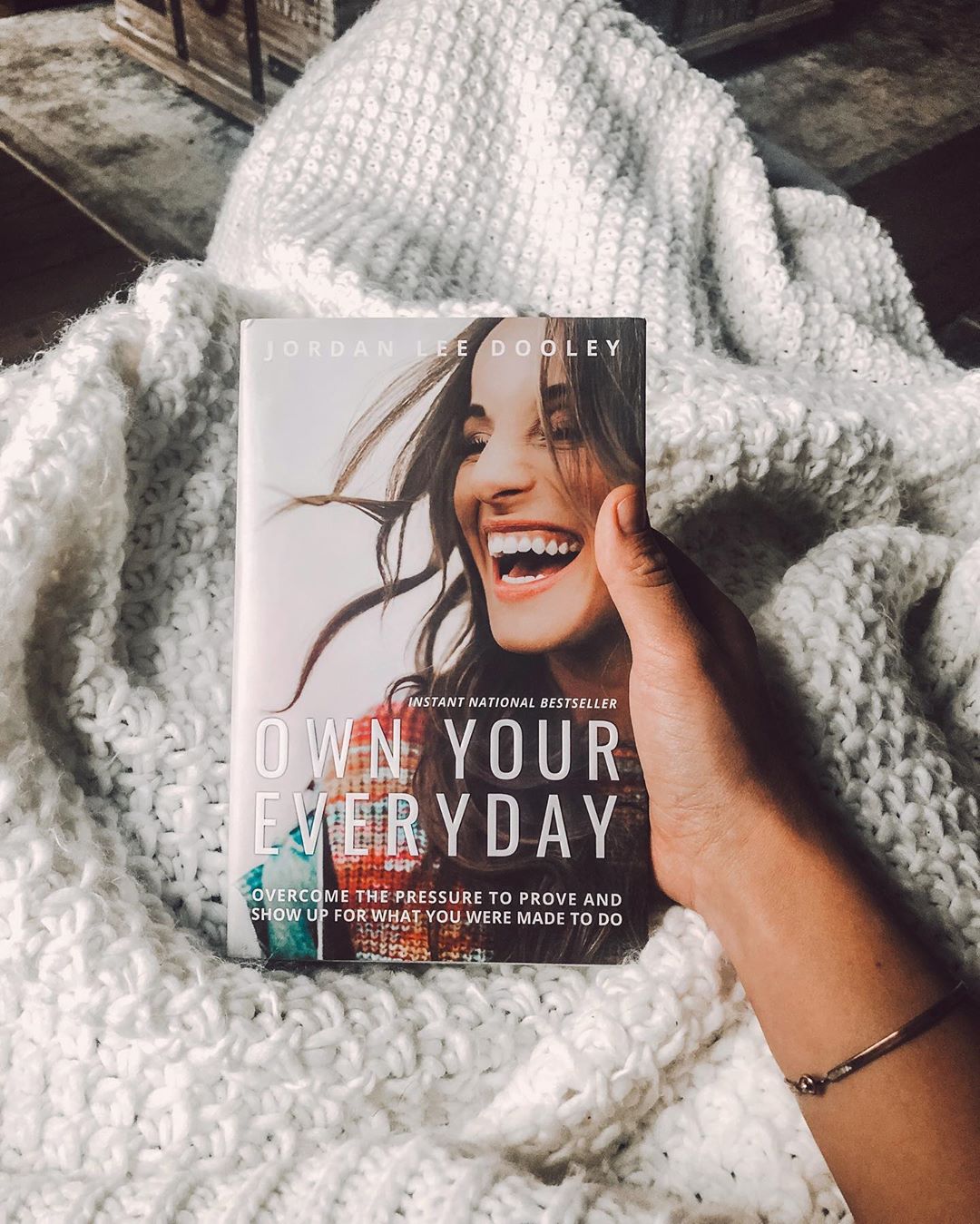 Above all, Jordan hopes that women walk away from her book feeling set free of mindsets that hold them back.

Jordan also started a podcast, SHE, after her community requested it, and we have a feeling it’ll be your newest binge.

“I chose to start the podcast because my community had been asking for it for years and I had an open window to really focus on that in the fall of 2018. As I paid closer attention to the personal development space, I felt there were areas I could serve for my audience, and so that’s what we chose to center the material around. It has been overwhelming to see the response and rapid growth in just six months, but I’m so grateful that it has been so well received!” Jordan said. 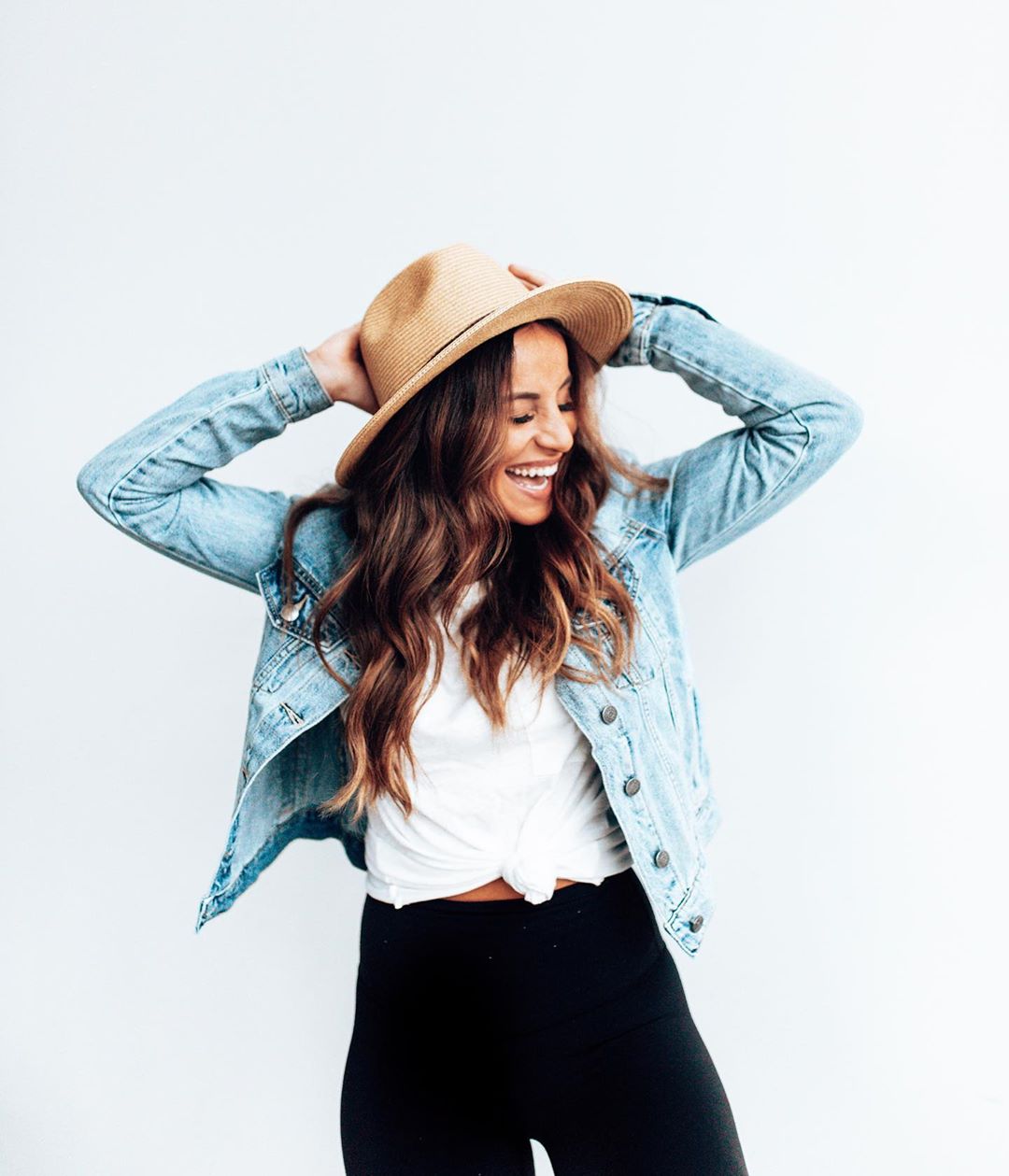 If she could tell her 22-year-old self one thing, it would be to not do things because people expect you to; instead, only do things that genuinely excite you and are true to you — which is something she embraces every day while empowering other women.

“To me, women supporting women looks like showing up for each other, even when it’s inconvenient and even when you’re not necessarily getting something in return.”

In the future, Jordan hopes to continue writing books and creating resources for multi-passionate women who really want to own their genius zone and embrace their purpose.