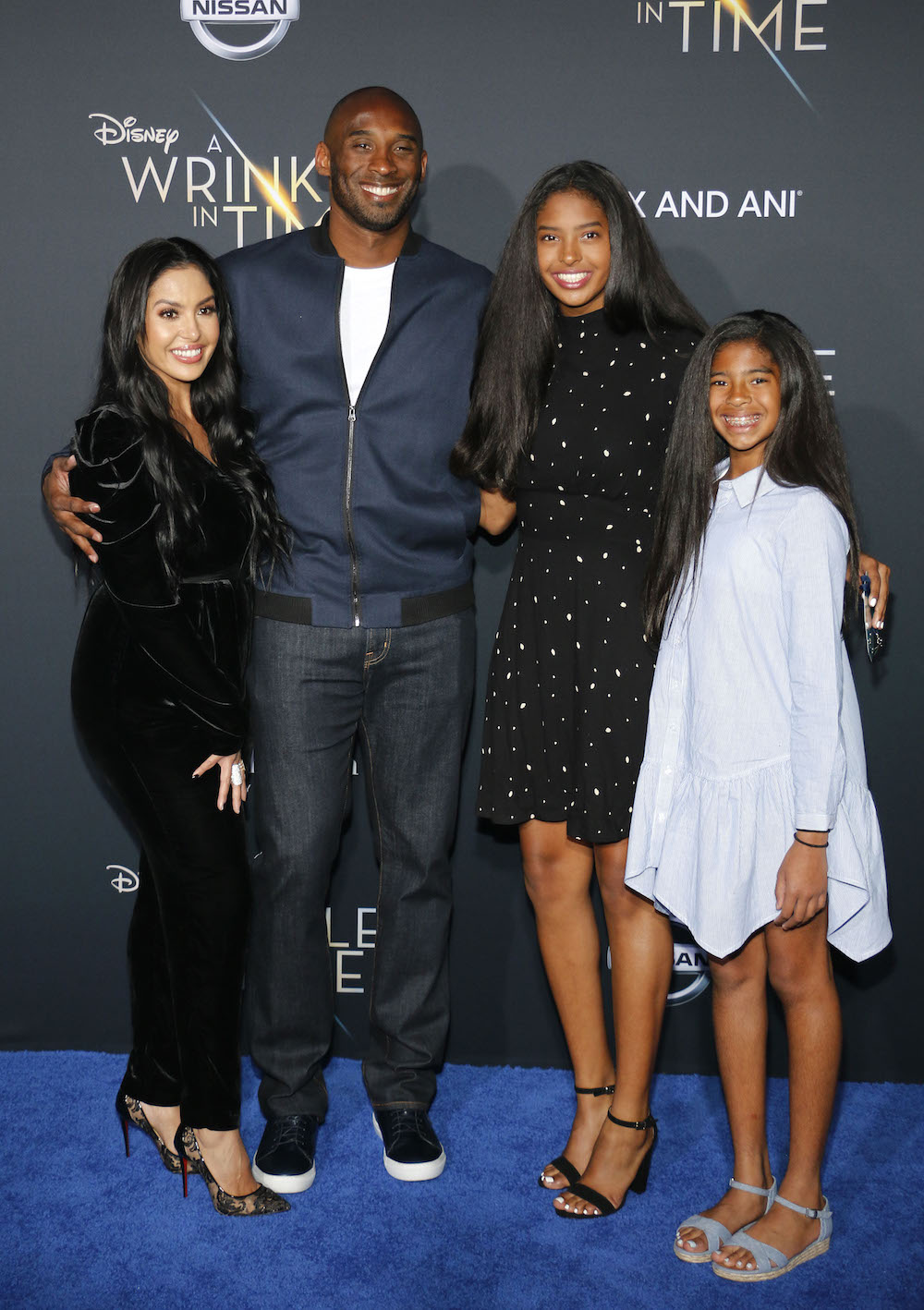 On Sunday, January 26th, the world was brought to its knees when NBA legend Kobe Bryant tragically died in a helicopter crash. Nearly everyone has some memory of Kobe Bryant that sticks with us through the years. After his death, ESPN’s Elle Duncan shared her experience with Bryant, informing the world that he could add another title to his resume: a proud “girl dad.” Bryant famously had four daughters—his second-oldest daughter was Gianna, or “Gigi,” Bryant. Duncan quoted Bryant saying, “Girls are the best… I would have five more girls if I could.”

Kobe and Gigi were two of the nine passengers who died in a helicopter crash outside Los Angeles, while they were on their way to a youth basketball tournament.

Like Bryant, my dad always considered himself a “girl dad” because I am one of two girls.

People constantly asked him if he wished he had boys and he always replied, “I go to more sporting events with my girls and I get a kiss after each event.” That statement rang true as he attended countless sporting events over 30 years, from basketball and softball games for my sister, to nationwide volleyball tournaments and eventually amateur boxing bouts for myself. I’ve joked that he was my stage mom, since he sat ringside at each boxing bout while easily being the loudest in the crowd.

He would probably say that part of being a “girl dad” is supporting them in every aspect of their life. Whether it’s attending every event from volleyball games to dance recitals, or his daughters having a deep love for sports or the arts, my dad would argue that building a bond with one’s daughter can seriously impact their life. My dad knew that in order to be there for the joyous times, he needed to be there for the challenging ones too. Being a dad is a full-time job, and being a “girl dad” meant being there for overtime was a necessity.

Comforting us during break-ups, tough losses, or bad haircuts came naturally to him. So naturally, that I’m nearly positive he was put on this earth to be a “girl dad.” He held my sister like a baby while she cried in his arms because her highlights turned bright orange in her dark brown hair—she was 19 at the time. For a period of time, my mom made me get cheap haircuts because she didn’t believe my trims were worth the money. After enough bad haircuts, even my dad had to say that I needed to go back to our regular hair stylist since he couldn’t take looking at my hair—that now resembled a pyramid—anymore.

Comforting us during break-ups, tough losses, or bad haircuts came naturally to him. So naturally, that I’m nearly positive he was put on this earth to be a girl dad.

Our relationship was always special, but it became stronger when his title of “girl dad” suddenly changed to “single girl-dad” after my mom died seven years ago. He would find himself holding me in his arms in the middle of Starbucks as I uncontrollably cried, the same way he held my sister 14 years prior, after seeing a little girl enjoying a hot chocolate with her mom—I was 23. He recognized he needed to maintain his duties of being a dad, yet take on the duties of being a mom as well. I always asked for his opinion when it came to style, but now I had no choice but to ask him his opinion about my outfit choices. He pretends to listen and care when my sister and I go on about any Real Housewives franchise, but he kindly asked to be removed from the text chains that involve Bravolebrity gossip. He tries to keep up with the ice cream consumption, but my mom could eat a vat of ice cream while discussing the next flavor she wants to try.

I lovingly call him Mr. Mom sometimes, because he was man enough to become my “all of the above.” He was always involved when it came to dress shopping or talking about boys, but he didn’t just have an opinion on these matters, he was the only opinion we could receive. He bared the burden of grieving the loss of his wife, while he comforted his daughters over the loss of their mother. I tell people that my mom was the love of my life, but my dad is my heartbeat.

I tell people that my mom was the love of my life, but my dad is my heartbeat.

Bryant and his daughter Gigi also shared a special bond, which featured their love for basketball. She had dreams of going to the University of Connecticut, playing in the WNBA, and carrying on her father’s legacy. She probably would have inspired another generation of athletes—after all, that’s what her father did.

It’s safe to assume that Kobe envisioned watching Gigi go on to do so, along with watching his other three daughters grow up to be whatever their hearts desired and fulfill their dreams. While choking back tears, Duncan wrapped up her tribute with, “When I reflect on the tragedy and the half an hour I spent with Kobe Bryant two years ago, I suppose the only small source of comfort for me is knowing he died doing what he loved the most. Being a dad. Being a girl dad.” Kobe and Gigi died together in the helicopter crash on their way something to something they both loved: a youth basketball tournament.

My dad and I were at a small Mexican restaurant when we learned about the untimely death of Kobe Bryant. I had planned to text my sister about the hidden gem we found, but the anticipated text about tacos turned into me informing her that the world lost a legend. My dad and I parted ways before the news reported that Gigi was on the helicopter as well. I called my dad after reading that Kobe Bryant and his daughter died together: “Daddy, I love you. Thank you for such a great day—thank you for such a beautiful life.” Most of all, thank you for being my “girl dad.”