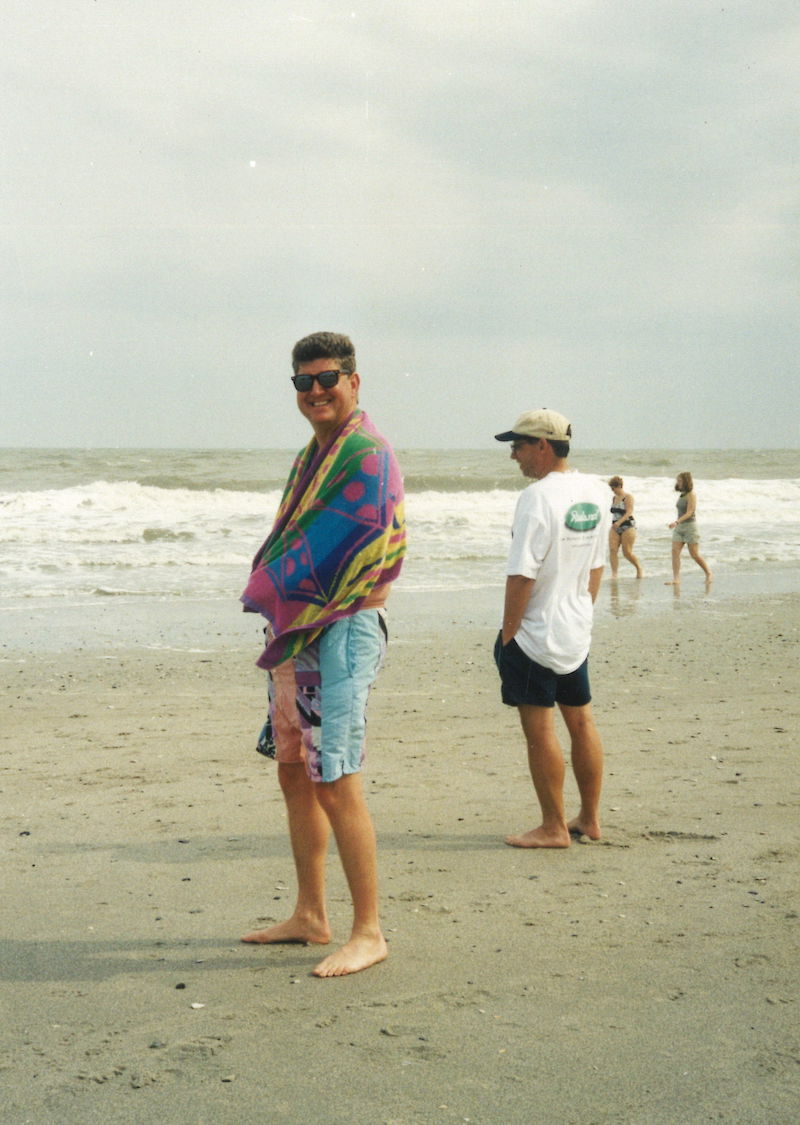 Pink ribbons are inherently feminine. They’re sometimes satin, occasionally covered in lace and potentially velvet, but they’re always feminine. It’s hard not to see a pink ribbon and instinctively think of breast cancer. They have one job to do, and they do it well.

My parents met the night before my dad’s first chemotherapy session. They shared a drink in a St. Louis TGIFriday’s restaurant where he told her of his plans to go to his appointment alone the next day. She insisted on going with him, and they fell in love as his body healed. It was a modern-day love story only marred by hair loss and weight gain from chemo. My mom told me stories of barbecuing with my dad after chemo and accepting the fact that the man she was going to marry might not be able to have children. Luckily, he could, and by the time I was born, all that was left of the cancer was a large, vertical scar covering his right chest bone.

The first time I noticed the scar was at my neighborhood pool when I was 7 years old. I had seen it many times before, but this was the first time I realized that it was permanent.

“What is that scar from?” I asked as I pointed at it from the shallow end of the pool.

My father looked down at the large raised marking and said, “It’s the scar from when I was sick with cancer.” Scars have always been cool, and at 7, they were the coolest. I fell off my bike all the time and got scars. I would show them off to my friends, and I always made sure that my older brother saw them. Scars made you tough, so if my dad had a big scar, that meant he was tougher than any of the other dads with little scars. 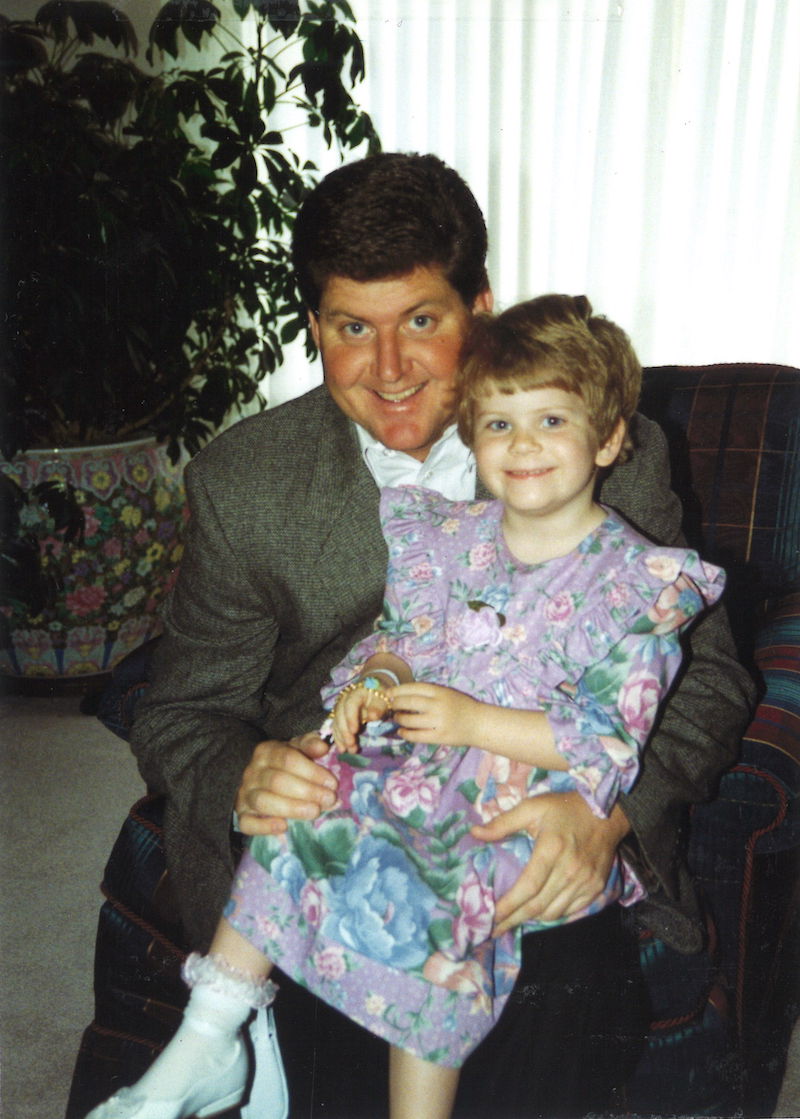 As the years went on, cancer became a battle of the past remarked on only slightly more than the Vietnam War in our house. I was more concerned with scoring soccer goals and selling Girl Scout cookies than learning about the impact of breast cancer. Each October, however, the pink ribbon came out, and the stories of bravery were told. Then, in January of 2000, a new war was waged. After 16 years in remission, the cancer returned. This time, it recruited an entire new army of soldiers to take up residence in my dad’s lungs.

Scars made you tough, so if my dad had a big scar, that meant he was tougher than any of the other dads with little scars.

I was wearing a DARE shirt and sitting on the green leather couch in our family room the night he told my brother and me that he was sick again. He hugged us calmly and promised he would fight the cancer, but all I felt was confusion. He had already fought cancer. I wasn’t there, but I had heard about it my entire life. He had already been a warrior.

For the next year, cancer was all I could think about. It was no longer confined to a month but instead, a permanent fixture in my life. I prayed for a cure every night from my twin daybed, raced home from school to make sure he hadn’t been readmitted to the hospital for another blood clot, and begged my dad to let me go to every appointment with him. Meanwhile, he spoke about his diagnosis at breast cancer walks, became more involved in church, and attended educational workshops on living with cancer. The cancer was moving fast, but he was faster.

Soon, he was also wearing a pink ribbon directly above his breast scar. I saw it as a tiny medal of honor. I met other brave warriors who also displayed a small pink ribbon on their chests. It was their uniting uniform on the battlefield against cancer. At 10 years old, I watched as this army of pink ribbons warriors listened, comforted, and consoled my father during his last days. Sadly, even with this defense, my father lost his battle with cancer by the following October.

When I see a pink ribbon today, I know that it is more than a piece of cloth. It’s a mark of bravery for the women, men, and families that are consumed by breast cancer, not just in the month of October but every day of their lives.

When I see a pink ribbon today, I know that it is more than a piece of cloth. It’s a mark of bravery for the women, men, and families that are consumed by breast cancer, not just in the month of October but every day of their lives. This October, and every month after, I will strive to acknowledge their bravery and tell the story of the man I knew who wore the pink ribbon with honor.