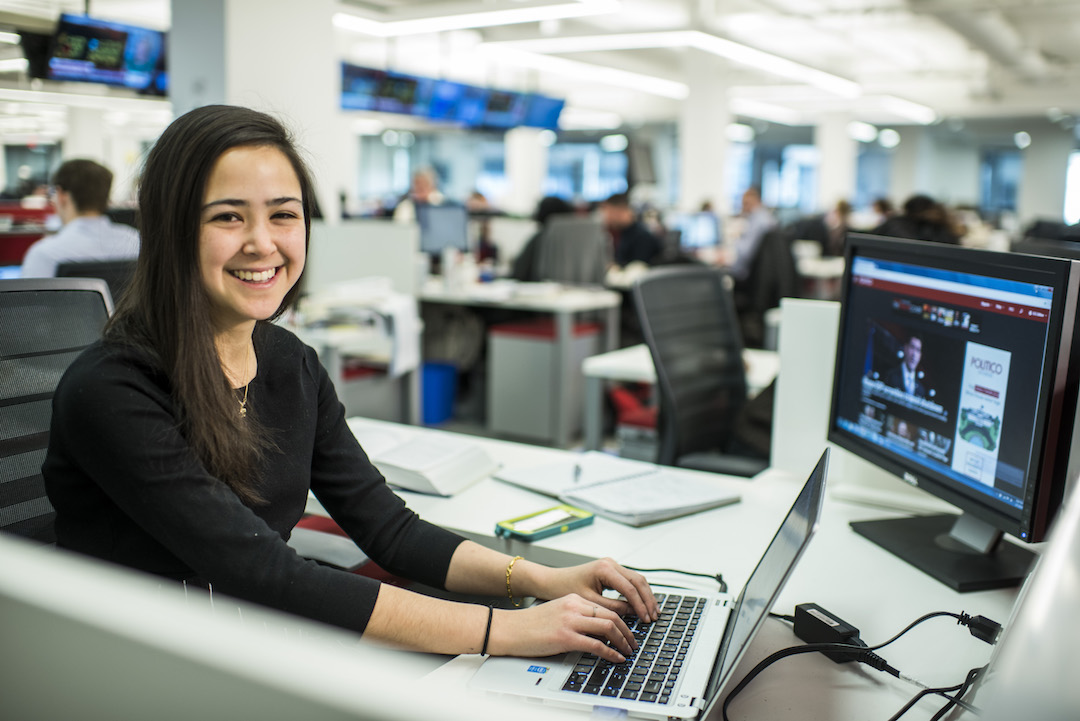 As a 20-something, Marianne LeVine is still writing her life story — while reporting the significant stories that happen in the lives of others. With her impressive degrees and her acceptance into the Stanford Graduate Program in Journalism, she’s entered the world of reporting with the wish to make a difference — and has continued to write articles that define her unmistakable brilliance.

From starting as a newsroom intern to landing her current job as a POLITICO reporter in Washington, D.C., Marianne’s journey displays the benefits of hard work and the magic that happens through the relentless pursuit of achieving your goals. Here, she chats with us about her favorite issues to cover, her tips for aspiring journalists, and her hopes for the future.

What was your first job out of college and how did you land it?

My first job out of college was at POLITICO. I landed the position on POLITICO’s labor team through a combination of networking and lucky timing.

With bachelor’s degrees in International Relations and French from Stanford, you then went on to graduate from Stanford’s Graduate Program in Journalism. Did you always know you wanted to be a journalist?

I did not always know I wanted to be a journalist. I went into college thinking that I would either go to law school or work for a non-profit that focused on conflict resolution or international development. I realized I wanted to be a journalist about half-way through college. I saw journalism as a way to combine my interest in policy and politics with my desire to become a better writer. And I learned that it was a way to be a student forever.

You’ve also interned at Los Angeles Times’ bureau. What did this experience teach you and how has it shaped you as a professional?

My internship at the Los Angeles Times’ bureau in Washington, D.C. was one of the most valuable experiences I had. It was my first time working in an actual newsroom and confronting the pressures associated with being in a fast-pace environment. The internship was challenging — I came in not knowing how to report a story in Washington, D.C. and needed a lot of help writing ledes.

In addition, the internship taught me the importance of very steady fact checking. I got more corrections than I would like to remember, but the pain of making those mistakes made me a much more cautious reporter today. I am very grateful to the editors there who were patient beyond belief. The experience also taught me the importance of having mentors you look up to. While I was an intern, I met Neela Banerjee, who is an amazing investigative reporter and who became a mentor and friend.

I got more corrections than I would like to remember, but the pain of making those mistakes made me a much more cautious reporter today. 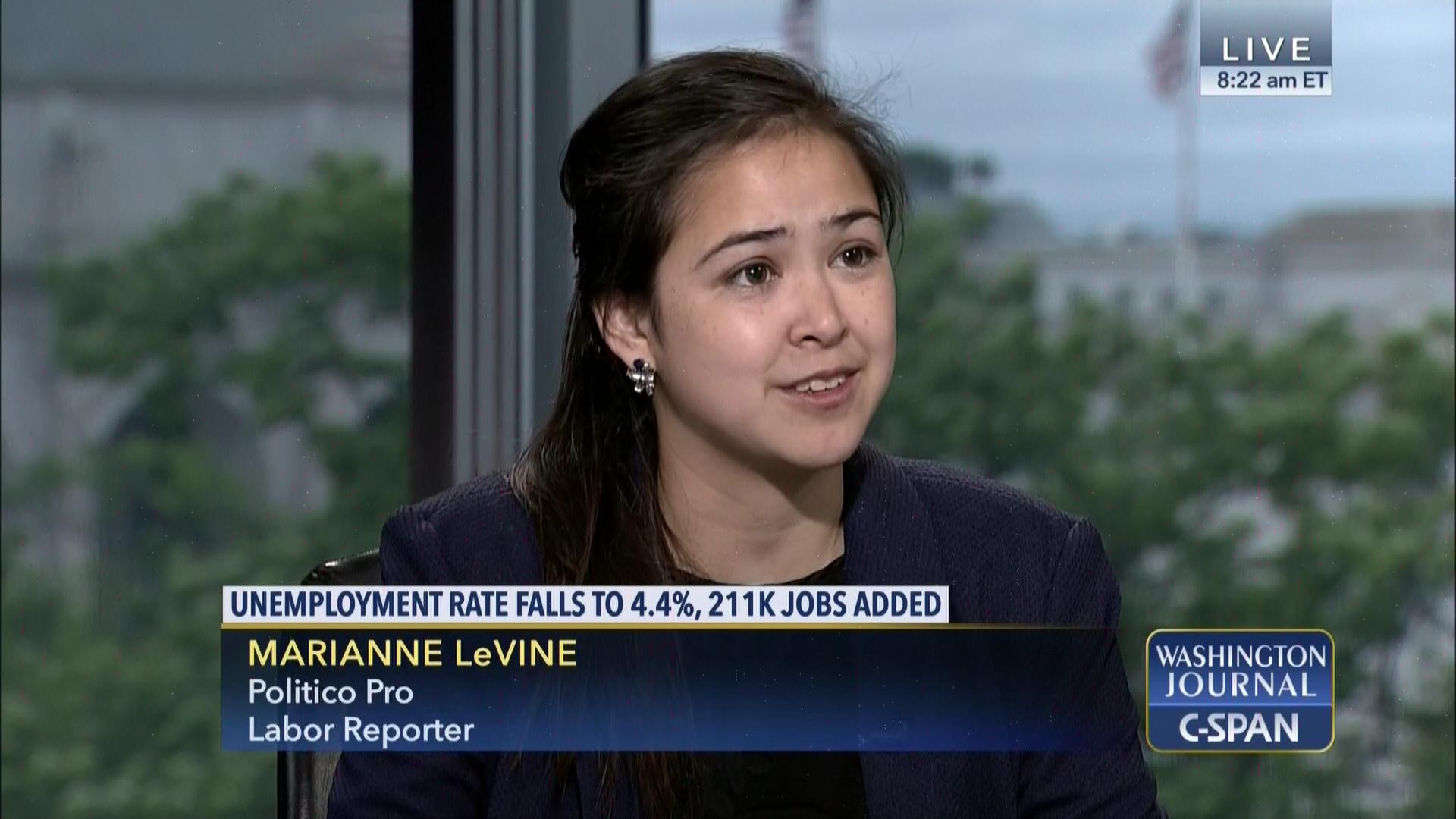 Despite the competitive world of journalism, you were an Employment & Immigration reporter at POLITICO Pro before joining POLITICO. What advice do you have for aspiring journalists on the search for a job?

My advice to aspiring journalists searching for a job is to find journalists whose work they admire and to reach out for informational interviews, to ask them how they got to where they did. In addition, I would advise to be open to different types of entry level jobs. There’s no linear track in journalism these days, which is scary but also exciting. I would also suggest applying to places where mentoring young people is valued over places that are more “well-known.”

Don’t let what seems like a tough job market discourage you. There are always jobs for people who show a strong commitment to the profession.

You’ve covered issues such as affordable housing and gang violence in East Palo Alto. Why do these topics interest you and what’s your favorite issue to report on?

Those topics interest me because they highlight broader social issues that don’t necessarily have an easy fix but that affect people’s daily lives in a very direct way. Covering affordable housing in East Palo Alto was of interest to me because it showed me another side to the tech boom. While the Silicon Valley has benefited significantly from the economic boom the tech industry has brought, that growth has also had some unintended side effects — including a shortage of housing in the Bay Area.

Covering gang violence was of interest to me because it’s one of those issues that has plagued East Palo Alto for so many years, despite the changing environment on the city’s outskirts. I don’t think I have a favorite issue to report on. I think that any subject can be exciting and interesting once you understand what’s at stake and how it impacts people’s lives.

Don’t let what seems like a tough job market discourage you. There are always jobs for people who show a strong commitment to the profession.

What skills do you believe are necessary to be a good reporter?

Being persistent and not willing to give up is key. In addition, developing and maintaining relationships and trust with sources is necessary. I often check in with people even when I am not working on a story that concerns them.

Be curious and don’t be afraid to ask questions that you think might come off as silly or dumb. If you don’t understand what you’re writing about, your readers certainly won’t.

Walk us through your typical work day.

I usually get into the office around 9 am and start checking in with sources. If I am writing our POLITICO Influence newsletter that week, I’ll get in a bit earlier and go through lobbying disclosure filings as well as PAC registrations. I typically spend the afternoons meeting with sources and reporting out broader story ideas.

Tell us the best story you’ve covered and why it’s special to you.

The most intriguing story I covered was looking into the domestic abuse allegations against President Donald Trump’s Labor Secretary nominee Andrew Puzder. Our reporting that his former wife appeared on the Oprah Winfrey Show to discuss domestic abuse allegations revealed their severity and raised questions about the circumstances of her retraction. The process for finding the episode, which was arduous, taught me the importance of trying every strategy to nail a story. I tracked down the episode by going through old TV guides, flying out to UCLA to go through a partial collection of the Oprah Winfrey Show, talking to former Oprah producers and working sources on Capitol Hill.

Puzder withdrew his nomination within the 24 hours after we published the episode. The story was an important lesson in staying persistent and creative and taught me the impact accountability journalism can have.

Your investigative on incoming Secretary Puzder received a lot of attention. In moments like that, what’s your process in handling feedback from a large audience?

I think it’s important to not take feedback personally (which I am still working on!). When we broke the story, it was very exciting to get positive feedback from other reporters and news organizations. But we also came under criticism from Puzder and his allies. I had to remind myself that we did the best we could to be objective and fair, and that, at the end of the day, regardless of what anyone says, is what matters.

Be curious and don’t be afraid to ask questions that you think might come off as silly or dumb. If you don’t understand what you’re writing about, your readers certainly won’t. 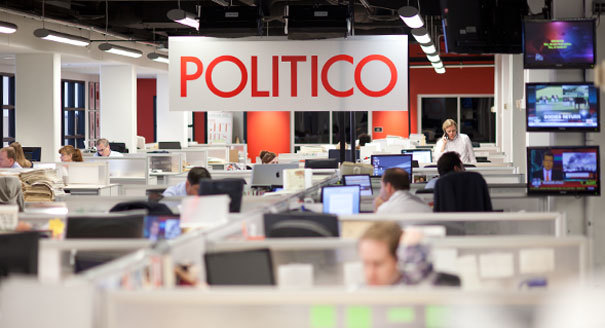 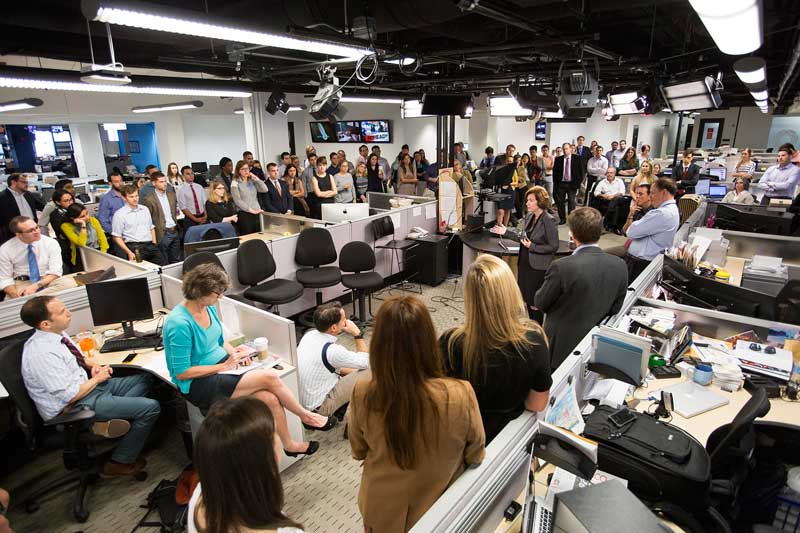 What has been the biggest disappointment in your career and what did you learn about yourself from it?

I don’t know if I have one major disappointment in my career but I know that adjusting to Washington, D.C. as an intern for the Los Angeles Times was difficult.  I came in with unrealistic expectations of what I could produce. From that experience, I learned about the importance of asking for help and really listening to the advice people give you. For example, I kept trying to pitch covering hearings, when my editors kept saying that there was no news from the hearings. That being said, it was an incredibly important learning experience and I am so grateful to the editors at the LA Times who were patient with me and kept giving me the opportunity to improve.

What achievement are you most proud of?

I am most proud of my reporting on the domestic abuse allegations against Andy Puzder. But I am also proud of the investigative stories I wrote that did not receive as much attention, including a story I wrote about why it took the Labor Department so long to change its regulations for exposure to crystalline silica and another story I wrote about construction workers at the Trump D.C. hotel who were not getting paid properly by their employer, a subcontractor on the property.

Where do you see yourself in five years?

I would like to be working full-time as an investigative reporter, looking at the consequences of policy decisions on people.

What advice would you give your 18-year-old self?

To have more faith that things will work out as they should. 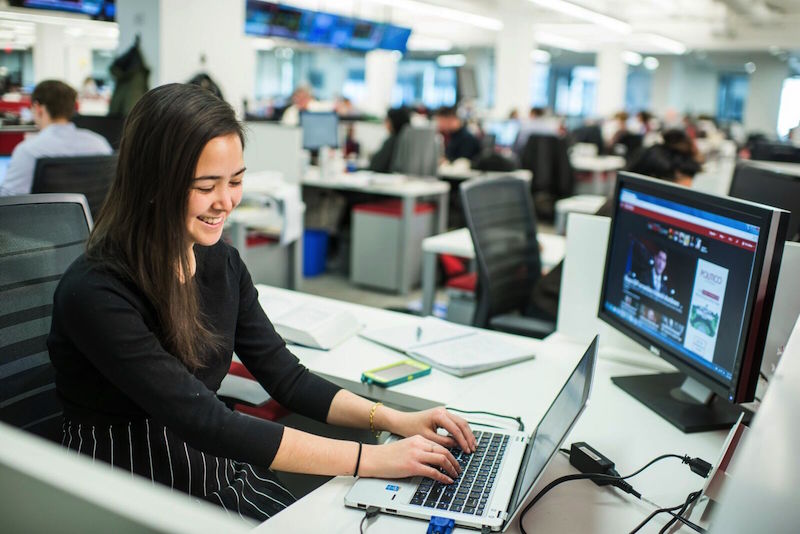 Marianne LeVine is The Everygirl…

Best way to relax after a long day?
Hanging with my roommates

If you could have lunch with one woman, who would it be and why?
Joan Didion. Her style of writing is unique and I’ve loved everything I’ve ever read of hers. Slouching Towards Bethlehem is one of my favorite essay collections.