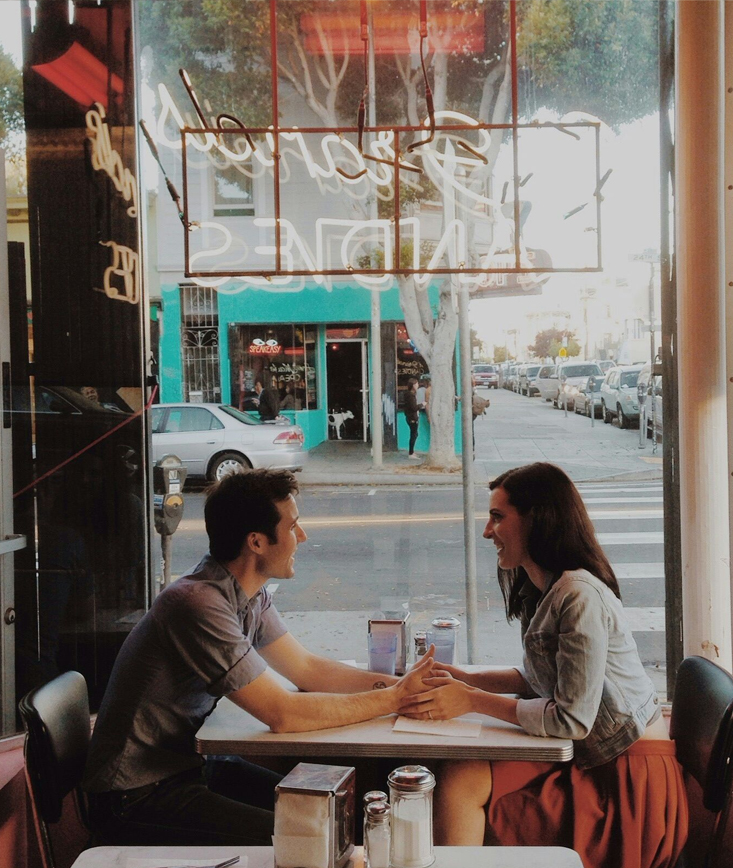 When my cousin claimed she knew the perfect guy for me, I rolled my eyes and told her I had sworn off relationships for a while. Then I met him, and it turns out she was, um, correct; six years later we’re married with a baby. Now, that’s how all matchmaking stories should end, but reality tends to be a bit trickier. Here are the do’s and don’ts of playing matchmaker, as well as what to keep in mind as the friend getting set up in the first place.

CURRENTLY TRENDING / SEX & RELATIONSHIPS
Calling All Couples: This Will Take Your Sex Life to the Next Level
❤️
READ MORE

DO consider your motivation.

When you’re happily in a relationship, it’s tempting to want everybody else to feel the same way. And there’s not anything wrong with that — of course we want our friends to be with the loves of their lives! But honestly, a lot of people are focused on areas completely outside of dating, like career, school, a new apartment, Whole30, puppies. You get my drift.

Make sure, if you’re playing matchmaker, that you really and truly think your friend and this other person will hit it off, or at least have fun getting to know each other — and your friend WANTS to be set up. Don’t do it because you’re worried they’re lonely or they’ll never find someone.

“It’s always great to play matchmaker for a friend, unless your friend isn’t open to it,” says Erin Davis, founder of Shabbatness, a private service that helps people make connections. “I would never push someone who isn’t interested in being set up. They won’t be in the right mindset for a date, which would ruin it at the start. If I know two people I would love to set up, but they don’t want to be, then I don’t set it up. It is their loss, or perhaps they have good reasons to not be set up, and it is entirely their choice. I make recommendations, but I never push.”

And if you’re the one getting set up, remember you don’t have to say yes out of guilt or obligation. Tune in with yourself: are you feeling open to connecting with someone? Do you want to date right now? (Because hello, it can be time-consuming and expensive.) Are you cool with this particular set-up whether or not it evolves into a relationship? Check yes on all those boxes before you give the green line to a blind date.

“It really depends on how close of a friend the person is,” explains Meredith Golden, dating coach and online dating expert at SpoonmeetSpoon. “If you really care about the friend and know someone good for a set-up, by all means, carry on. But only if the friend wants to be set up and you think the set-up has potential. Two bodies the same age doesn’t predict a good match. Also, if your friend has a turbulent track record and isn’t healthy, don’t do it. No good deed will go unpunished.”

DON’T assume you know everything.

First and foremost, clarify what your friend wants in a relationship or a love life. Trust me on this: it may not be anything like what you thought. Perhaps you’ve always known them to be into blonde intellectual babes, but they’re secretly turned on by easy-going hipsters (Or hey, both!). Or you think they’re ready to put a ring on it with the next partner, but they actually want to casually see three people at once for a little while. The point is, if you’re thinking about setting someone up, ask questions like, “What qualities are important to you? What are your favorite kinds of dates? Do you have any deal-breakers?” Your goal isn’t to micromanage, just to identify any potential red flags from the start.

“It’s important to stay strong and also know that when you think you know someone, you may not really know them — and you may not know them in a romantic situation,” shares Davis. “I was set up by a friend once, and the guy ended up cheating on me. I was definitely hurt, but it never affected my friendship with the girl who set us up, as I knew she couldn’t have seen that coming, and only had the very best intentions in mind.”

Additionally, if you’re the person being set up, take all descriptions with a grain of salt. That’s not meant to be depressing; however, you’re hearing about someone new based on the perspective, interpretation, and viewpoint of one person, who is not you. Despite their best intentions, they’re not necessarily going to know exactly what you want. They might say, “This person is so cool and thoughtful,” and then you arrive at a Starbucks only to listen to some stranger drone on about philosophy. Or you might meet so-and-so who is, indeed, “really nice” — only to feel literally zero chemistry whatsoever.

DO make it easy on everyone involved.

I was recently out for drinks with a girlfriend, and naturally we got to talking about relationships. She described a series of bad dates, and then elaborated on what she was looking for in a significant other. As she spoke, I realized that I knew someone who aligned with her values, and asked if I could set them up. An hour later, with her permission, I sent him her phone number and they took it from there.

Here’s what I didn’t do: act as the middleman. We’re all grown-ups; if they feel like meeting up, they will. I don’t need to “check” on how it’s going, because that adds weird pressure. The best way to be a matchmaker with a friend, in my opinion, is to make the connection and then butt out, just like you would professionally when introducing a colleague to someone else in the industry.

And as the one going on a date, choose a low-stakes situation that works for you. This will vary for everyone: maybe you want a 7 am coffee to see what they’re really like, or an evening nightcap to take the edge off your nerves, or a museum stroll so you have something to chat about. “Boundaries are important in life,” Golden says. “If your inner compass is guiding you, listen up and follow. Just because someone is saying jump, doesn’t mean you have to say how high.”

DON’T creep (too much) in advance.

I know, I know — we all rush to the God of Google upon meeting someone new. Something about creeping makes us feel slightly more in control, like we know what we’re getting into. And sure, sometimes that’s true. But if you find yourself falling down the rabbit hole of looking at an upcoming date’s resume, LinkedIn, Instagram posts from a year ago, etc., maaaaybe back off a bit.

“Chemistry is a surprising element,” says Golden. “I wish more people would be open to meeting someone who doesn’t necessarily meet their checklist or type. You never know when it might strike. And if the ‘perfect’ person shows up, it doesn’t actually mean it’s a good match.”

It’s totally fine to get a sense of who a person is beforehand to build interest and anticipation. Read a few of their blog posts; look at a Facebook photo. However, be wary of creating a “story” (or any judgments) around who they are. Social media and web presence is compelling, but only a piece of the puzzle. Allow yourself to get to know someone IRL, as the kids say.

DO manage your expectations.

If I had gone into my first date with my now-husband assuming we’d eventually tie the knot, it would’ve never worked. Instead, I thought “nothing will come of this,” and ended up feeling like I had just met someone incredibly important. On the contrary, you could set someone up only to have it end in disaster years later. The truth is, you never know — and you can’t control it, so don’t try.

“As a matchmaker, it is crucial to have certain expectations: although it’s difficult, it is best to try not to get too personally involved in a set-up,” says Davis. “It’s important not to be hurt if a match you had your hopes up on doesn’t work out.” Golden adds, “The expectation is that the people being set up will be adults and be kind even if it isn’t a match. Hope that they say thank you for your effort, and that’s about it.”

DON’T be afraid to give it a chance.

Listen: the worst that can happen during a set-up is the two people involved don’t hit it off or the people you want to set up decline. If that happens, cool. Move on! Be open to the possibilities of nurturing a relationship or meeting someone amazing, and go from there. “Go into a first date with the expectation that you have an adventure ahead of you,” says Davis. Go somewhere new you’ve been dying to try; wear that new outfit you’ve been eager to show off. Life is short, and allow yourself to learn from every date.”

Have you ever set up a friend, or been set up by a friend? What happened?