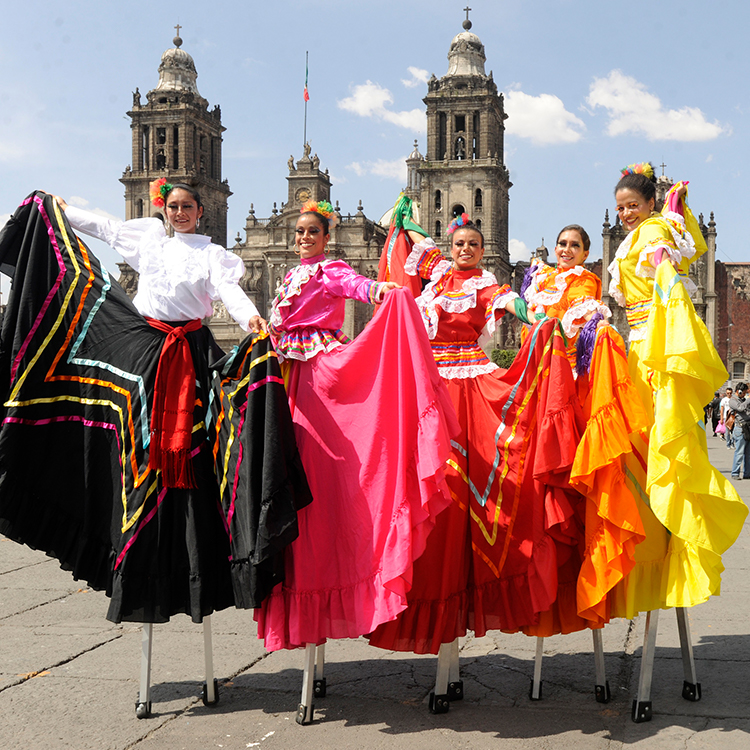 Sept. 16, 2021 marks 211 years of Mexico’s independence from Spain and commemorates the beginning of Mexico’s more than decade-long fight for freedom from 1810 to 1821. Before receiving its independence, Mexico was known as New Spain and operated under Spanish rule for 300 years. After years of class systems, political struggles, and conflicts over territory, the people of New Spain wanted their independence and were prepared to fight until it was won.

In the early morning hours of Sept. 16, 1810, a Catholic priest named Miguel Hidalgo went to his church near Guanajuato, Mexico and rang the bells for his congregation to join him. Once everyone gathered, he gave an impassioned speech called the Cry of Dolores, imploring the congregation to support a battle for freedom. That speech was the catalyst that sparked a brutal 11-year war between Spain and Mexico. In February 1821, the Mexican military captured Mexico City, and in August, Spain officially recognized Mexico as an independent country.

Even though independence wasn’t officially won until August 1821, Mexico recognizes Sept. 16—the day the war began—because of its cultural significance. Celebrations for Mexican Independence Day are massive in cities across Mexico. The party starts in Mexico City the night before, on Sept. 15, with the Mexican president on the balcony of the National Palace reciting the Cry of Dolores and ringing the same bell that Miguel Hidalgo rang the night he gave his war cry. Music, dancing, food, parades, fireworks, and street parties start from there and do not stop until Sept. 17.

One of the most sacred traditions of Mexican Independence Day is the reenactment of the Cry of Dolores, or “El Grito,” as it’s called in Mexico. The speech is not only an homage to Miguel Hidalgo, but it is also a reminder of Mexico’s history and long-fought mission to be free. In addition to the Mexican president’s yearly recitation of El Grito, local leaders sometimes recite their own renditions, too.

What’s a celebration without food? Another highlight of Mexican Independence Day is the traditional Mexican dishes like pozole, tacos, tamales, and Chiles en Nogada. And of course, the yearly festivities call for spirits! Tequila is the go-to liquor, with palomas and Dolores cocktails abounding.

In the U.S., most people associate Cinco de Mayo with Mexico’s independence day, but May 5 is actually the day the Mexican military defeated the French at the Battle of Puebla during the French-Mexican War. Although not as widely celebrated, Mexican Americans in U.S. cities celebrate Mexican Independence Day and honor the heritage of their history and culture as well. It is a time of widespread celebration for many Hispanic and Latinx communities as mid-September ushers in Fiestas Patrias, or “national holidays.” Between Sept. 15 and Sept. 19, El Salvador, Costa Rica, Guatemala, Honduras, Nicaragua, Mexico, and Chile each celebrate their independence days, spurring days of reflection, pride, and festivities in those countries as well as the U.S.

On a large scale, some U.S. cities host parades and festivals for Mexican Independence Day. Houston, Los Angeles, and Chicago are each hosting celebrations all weekend long this year. Pitbull, Enrique Iglesias, and Ricky Martin are among the performers for the El Grito festivities, Las Vegas’ Mexican Independence Day celebration happening all September. Beyond the parades and festivals, smaller celebrations within the Mexican American community look much like those in Mexico—lots of traditional food, music, family, and fun.