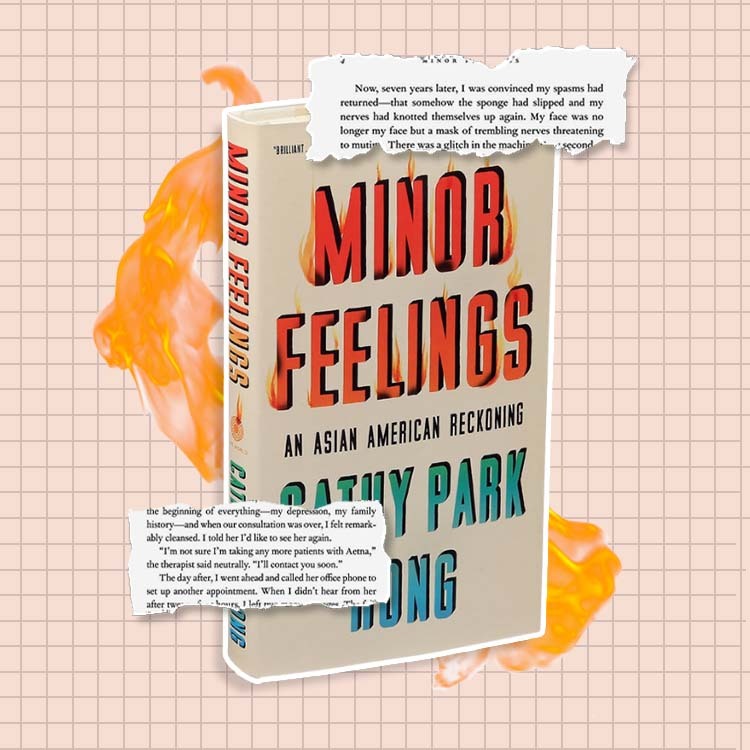 Although Cathy Park Hong’s Minor Feelings: An Asian American Reckoning released more than two years ago, the raw honesty, truth, and reality of what it means to be Asian American lives with me. It confronts me often and strides beside me when I least expect it. Growing up, I didn’t have many Asian friends. My perceptions were, like most Americans, limited to martial arts movies and occasional mean-girl side characters.

While I was so busy trying to reconstruct my own self to be less Black and more appealing to white society, it never even crossed my mind that other minorities were doing the same thing. In a country where there’s so much white-on-Black racism, discrimination, and overall unfairness in every system, it’s easy to have tunnel vision. Whenever I did meet other marginalized groups, specifically Asian women, I envied them. They always seemed so close to white, so lucky to be pale with straight hair and the smallness that I felt replicated femininity at that time. It never occurred to me that we could sit in the same boat, let alone that we really weren’t sitting so far apart.

Reading Minor Feelings awoke something in me. Although Hong’s perception is limited to her own life experiences, knowing there’s a marginalized, non-Black person out there who felt like me made my feelings all the more real; it was liberating in the least expected way possible. The lessons I learned from reading her work were beyond transformative, so I hope they prove to be just as profound for you. 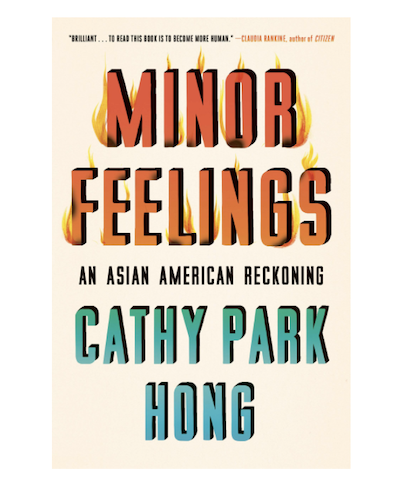 1. Having a Therapist Who Doesn’t Look Like You Isn’t The End of the World, But It Might Be Life Changing

In the beginning in the anthology, Hong pursues a therapist. The universal idea of pursuing therapy is still criticized and uncomfortable for many minority groups, but the idea of finding someone just like her seemed to make the risk feel a bit safer. After a very hefty session with the only Korean American therapist that took her insurance, Hong was shocked the therapist could no longer see her. She called daily, sometimes multiple times a day, begging franticly for some sort of response or answer, but she only got a cold call telling her they weren’t a good fit.

Although a therapist should deal with this situation a lot smoother, Hong’s intention of talking with someone who “just knew where she was coming from” backfired in a way most wouldn’t expect. Because the therapist looked like her, Hong thought there was a jeong, or deep instantaneous connection, based on the sole purpose of them both being Korean. After talking with a friend, she realized she was just looking for “a shortcut to herself” and that pursuing a therapist from a different cultural background proceeded to be a healing session for her own traumas and the feelings of abandonment from her previous therapist.

The overall point of therapy is to dissect and breakdown childhood traumas in order to make those behaviors apparent in the present so they can be tackled head-on. The idea that everything dysfunctional about our world is reliant only on our culture is all the more reason to not have to explain your life. It showed me that therapy itself is the first challenge and that we shouldn’t lean on therapists to “just get it.”

2. Our Parents Hold Similar Burdens—One Day, We Can All Put Them Down

Hong introduces her father as a “model immigrant” who has lived many lives throughout his trek from South Korea to the U.S. From being dirt poor to a false mechanic and eventually to a life insurance seller, Hong notes that through it all, his anger is what she recognized the most. His hyperawareness of race became a projection he constantly shined on his children, with comments like “always smile and say hello” or “there are many Caucasians here.” This manifested into Hong’s hyperawareness of herself and her overall perspective of all Asians in America.

Because her father had lived so many lives on the edge of being poor or broken, his fear of simply not being able to survive was embedded into his children; he wanted them to have access to “The American Dream” but was so caught up in being nothing like the the media’s interpretation of Asian Americans. This turned into the desire to be the only Asian American in the room or ruminating on encounters in nail salons for Hong. This broken idea of the way she perceived herself and others like her reminds me of the way I viewed myself for so long.

At around age 16, I noticed I’d walk throughout stores with my hands open and in front of me; subconsciously, I convinced myself I could easily be a thief because the rest of the world saw me that way. I’d say things like, “there are too many Black people in here,” not realizing that I’d never say the same thing about other racial groups. There were times where I’d even find myself having anxiety attacks around people who looked like me; the world had taught me to fear myself.

Coming to terms with the internalized racism I was dealing with was a hard journey because, like Hong, it had infiltrated every part of my life. My hair was too curly. My body was too curvy (or not curvy enough for a Black girl). Everything was too much or too little but never good enough, according to the rest of the world. The lack of mental health awareness in my community only made my feelings of vulnerability worse. Unintentionally, my mother had taught me to minimize myself for the sake of survival, when in reality, I was falling apart for that very same reason. The burdens our parents hold have different meanings now, and breaking the locks of generational trauma is the only way to give the power back to ourselves. For myself, I’ve learned to rest and give grace way before it’s needed. I’ve learned to question the normalcies I grew up with, and I constantly let myself evolve in ways my parents never had the chance to. Although it may seem small, this act of service to myself is what reminds me that the shame I grew accustomed to is not me. The stereotypes, reactions, and views I receive from other people are not me either: It’s simply a product of their own ignorance.

3. Know Your Audience and You’ll Eventually Know Yourself, Too

Hong writes about her enthrallment with Richard Pryor, a late 1900s comedian and actor. She tells the story of her first time watching his stand-up shows and how his way with jokes somehow “rid the punchline to prove that stand-up could be anything.” The hardness and blunt force of his jokes weren’t like other comedians; they were sobering and raw, filled with his own life experiences showcased for the world to see. One day, after watching Pryor enter a new stage of his comedic lifespan, she found herself delivering the same revelation: “What the fuck am I doing here? Who am I writing for?”

As a writer, I’ve found myself always wondering what “home” would feel like. Of course, you can perfect (or get as close to perfect as humanly possible) your way with words or know grammar better than anyone in your friend group, but what does any of it mean if you’re not writing your truth? So much of my own understanding of what a writer’s home or community looked like came from inaccurate portrayals in media. On top of the inaccuracy, not seeing myself in the space made me desperately want to be there even more. Digesting Sex and The City or The Devil Wears Prada was just a reminder that I was invisible in those spaces. It haunted me for years. I gaslit my abilities, talked myself out of writing opportunities, and forced imposter syndrome onto myself. That’s when those minor feelings, or “ugly feelings,” arose in me: the invalidation, the undermining, and the belief that any sense of “other” was just in my head.

When I asked myself who I was writing for, I saw the light at the end of the tunnel. I began to appreciate, as Hong puts it, “the slowness” of writing. I was aware that as a writer, I craved an audience but searched for my community within it all. I decided I was no longer writing for the white gaze but for myself and for those who looked like me. My passion and perseverance burned like never before. I found my home. And although the road of being a writer is filled with bumps, twists, and turns, it is constantly about recreating and being true to yourself along the way. 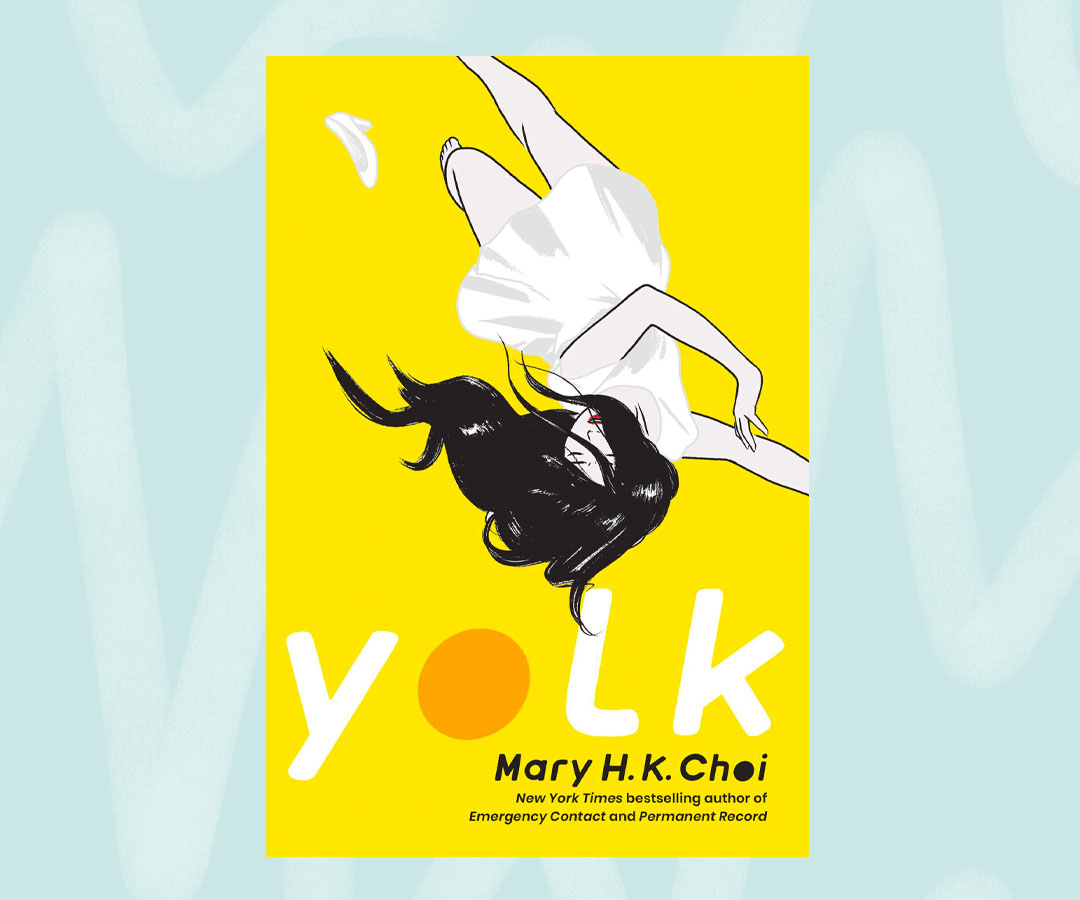