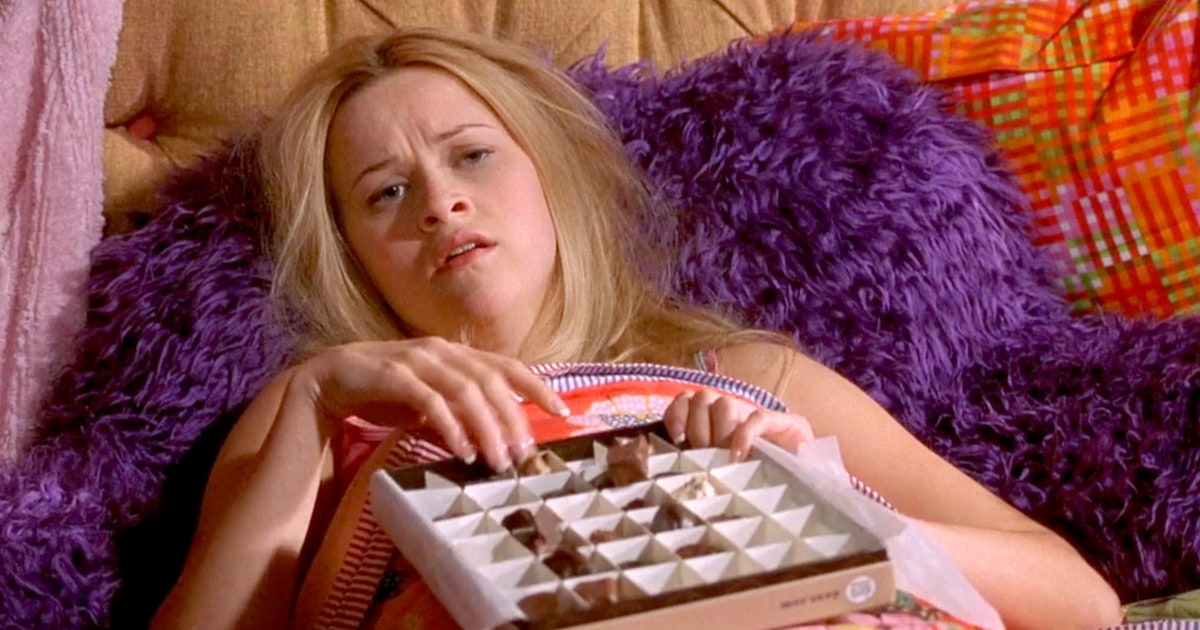 We’ve all been there. Going through a breakup sucks, and it often feels as if there’s nothing you can do to make yourself feel better. One tried and true method? Grab a bottle of your favorite wine, a pint of ice cream (Rachel and Monica style), and a great movie. Here’s the deal, though: As you go through the different stages of a breakup, the movies you’re in the mood for will change. Sometimes you want to laugh, sometimes you want to cry, and sometimes you just need someone to commiserate with you (“Yeah, men DO suck!”). Here, we’ve rounded up our all-time favorite movies to help you through a breakup — no matter what kind of mood you’re in.

1. When you need some girl-power gumption 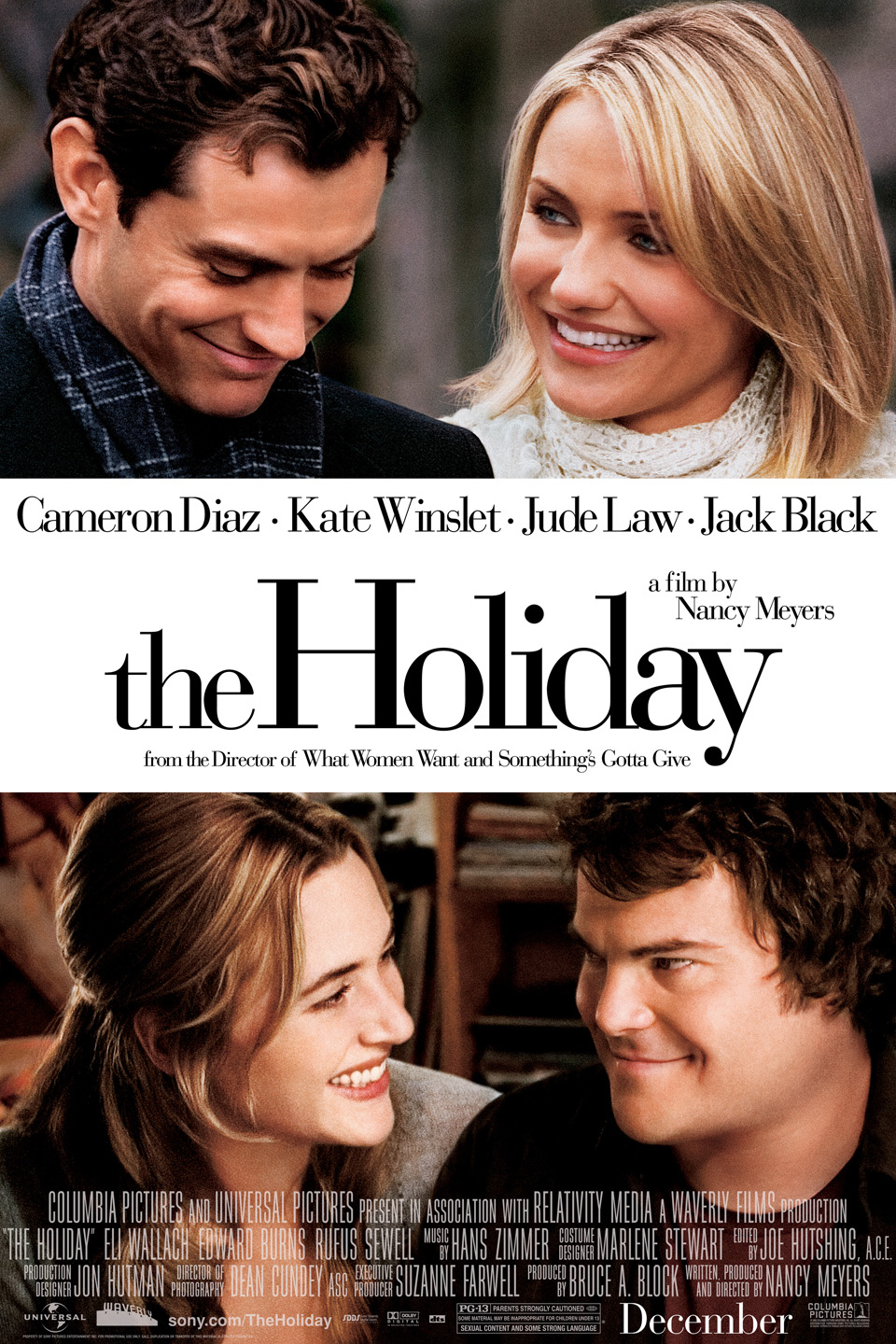 The Holiday is one of the world's best movies regardless of your relationship status, but it's particularly great at two different times: Christmastime, of course, and Breakup Time. Not only will the rolling hills of Surrey or the sunny streets of L.A. give you some fun travel ideas, but Kate Winslet's journey to rediscovering her self-worth will also give you something slightly resembling... GUMPTION. ("You're supposed to be the leading lady of your own life, for God's sake!") It's so freaking good, and you'll definitely want to memorize Kate's monologues to repeat back to your ex. 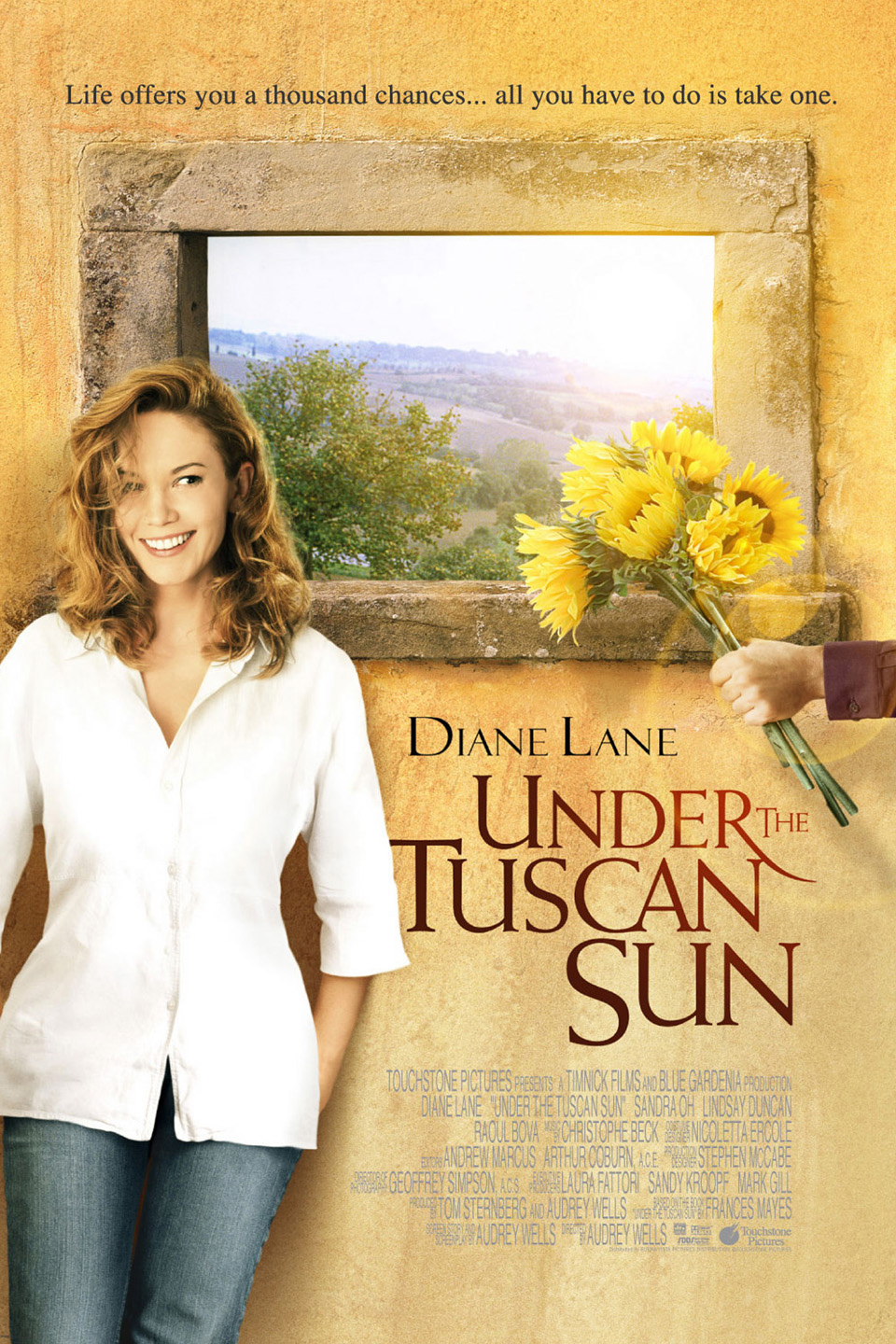 Under the Tuscan Sun

Who needs a man to buy a villa in Tuscany? Diane Lane sure doesn't, and NEITHER. DO. YOU. This post-divorce drama tells the story of Diane's Italian adventure — and it'll make you want one too. Best motivational line from this one: "Unthinkably good things can happen, even late in the game." 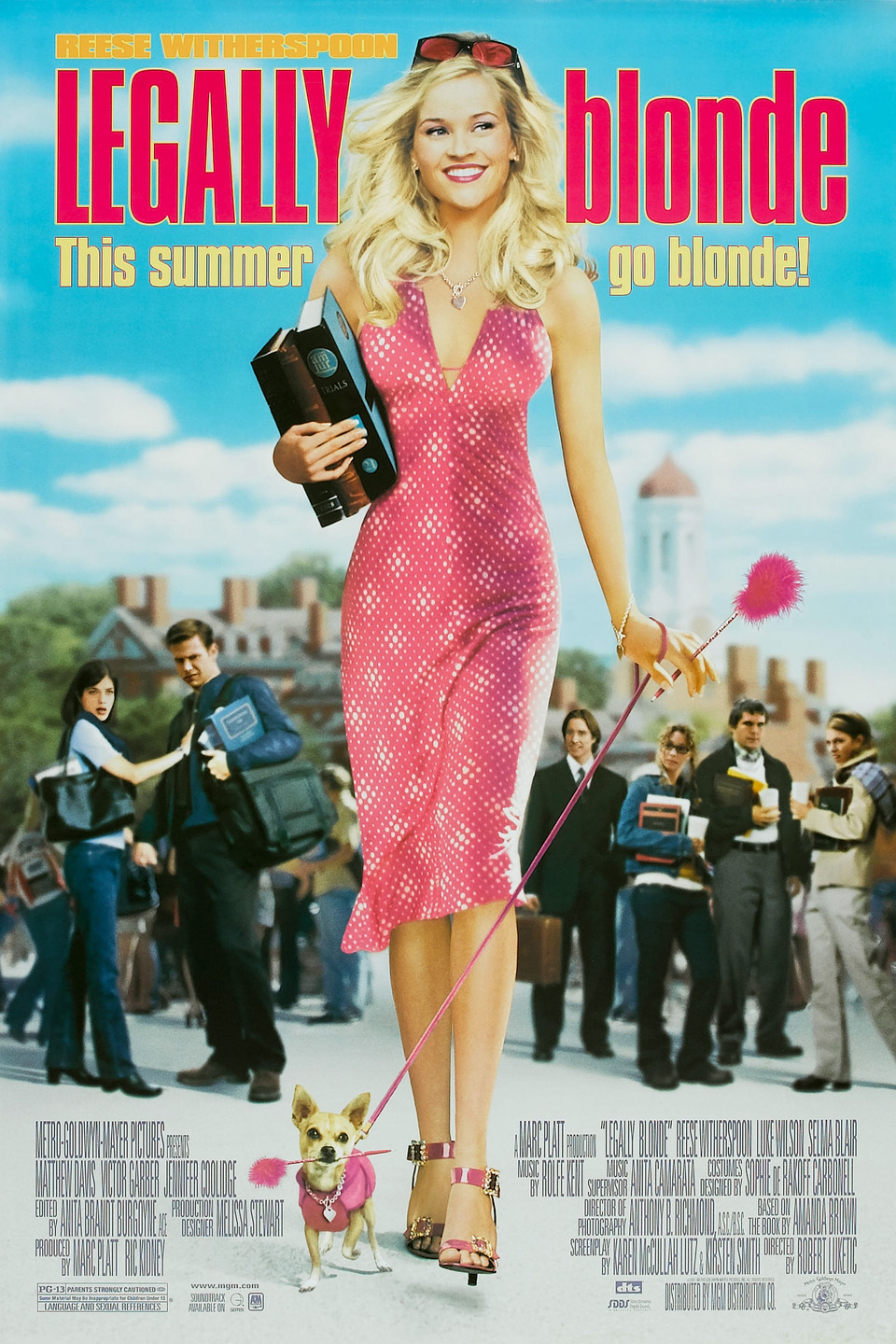 The transformation of Elle Woods from unmotivated bimbo to case-winning Harvard law student is truly one of the greatest movie transformations of all time. Disclaimer: the beginning appears to suck due to the fact that Elle follows a man (who broke her heart) across the country. But once you see how high Elle can fly without stupid Warner holding her down, you realize this film is about as empowering as it comes. Bonus: I love the surprise friendship between Elle and Vivian — not only can you succeed while single, but you can also make new friends wherever you go. 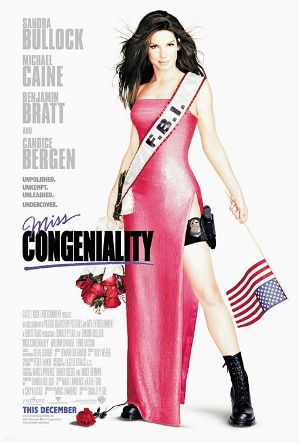 This movie kicks ass because it serves as a friendly reminder that you don't have to choose between being strong and being sexy. The cast of characters in this hilarious film is chock-full of dynamic ladies — from the baton-twirling and panty-stealing Cheryl all the way to Sandra Bullock's gun-wielding and bikini-wearing Gracie. If you want to feel like a badass and a hottie, this one's for you.

2. When you need a really good cry 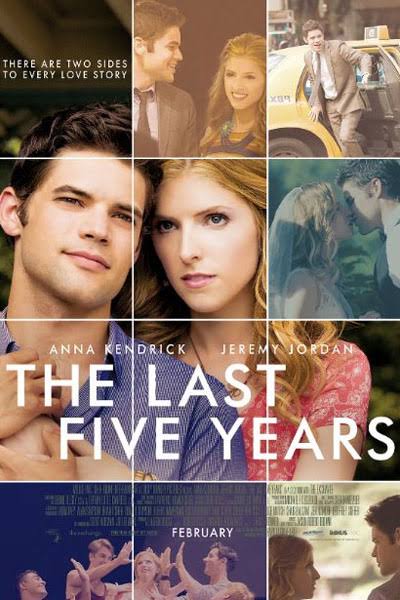 Ugh. If you haven't seen this musical (first on Broadway, now a film starring Anna Kendrick and the dreamy Jeremy Jordan), do yourself a favor and watch it. The two main characters tell their love story, but there's a catch — he tells the story from the beginning on, and she starts at the relationship's end. It sounds confusing, but the mind-trip is well worth it — it's a beautiful story of true love, unfortunate timing, broken hearts, and really witty lyrics. (P.S. It's on Netflix, but I promise you'll want to own this one.) 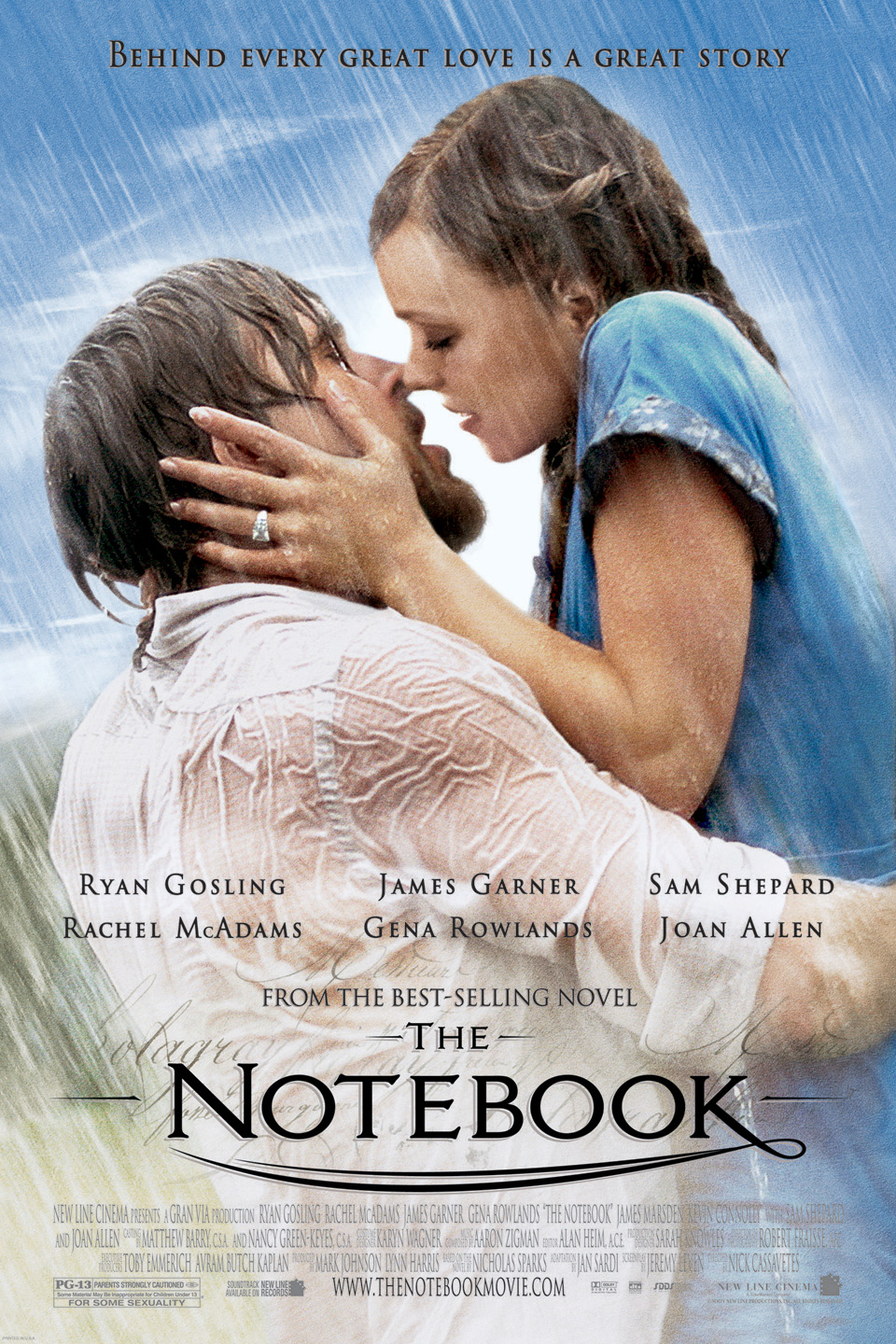 A classic FOR A REASON — and the reason is that it's the most heartbreakingly beautiful love story of all time. Call me a cliché, but I just can't get enough of sweet baby Ryan Gosling — "I want all of you. FOREVER" (I want all of YOU, Ryan!). I'm tearing up just thinking about it. You'll cry because it's so romantic AND because it's so devastatingly sad. 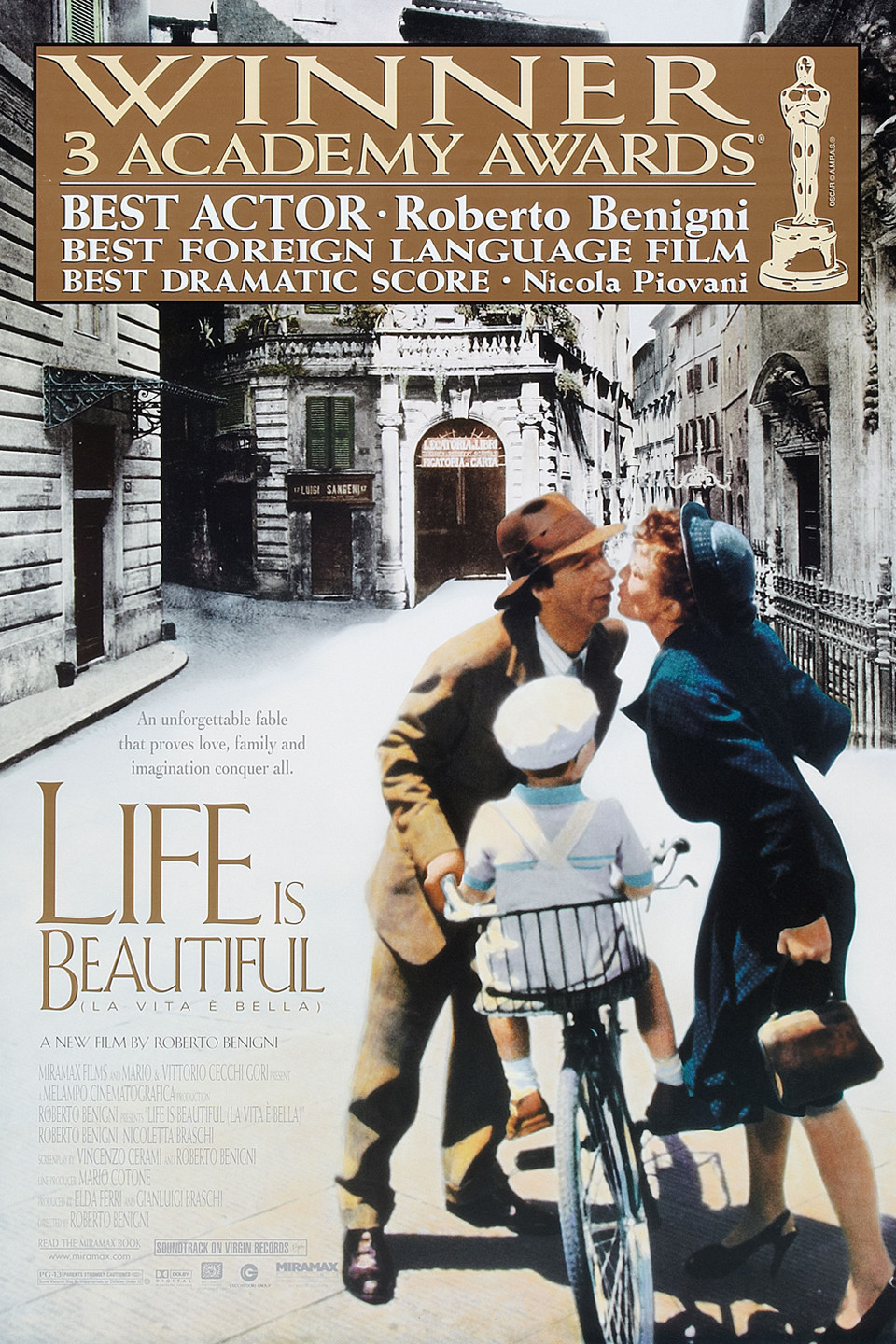 This Italian drama will tug on your heartstrings like nothing else. It tells the story of Guido and Dora, Jewish Italians during WWII. When the couple and their son are sent to a concentration camp, Guido pretends the family is simply playing an elaborate game — showing the incredible measures to which someone will go to protect the people he loves the most. 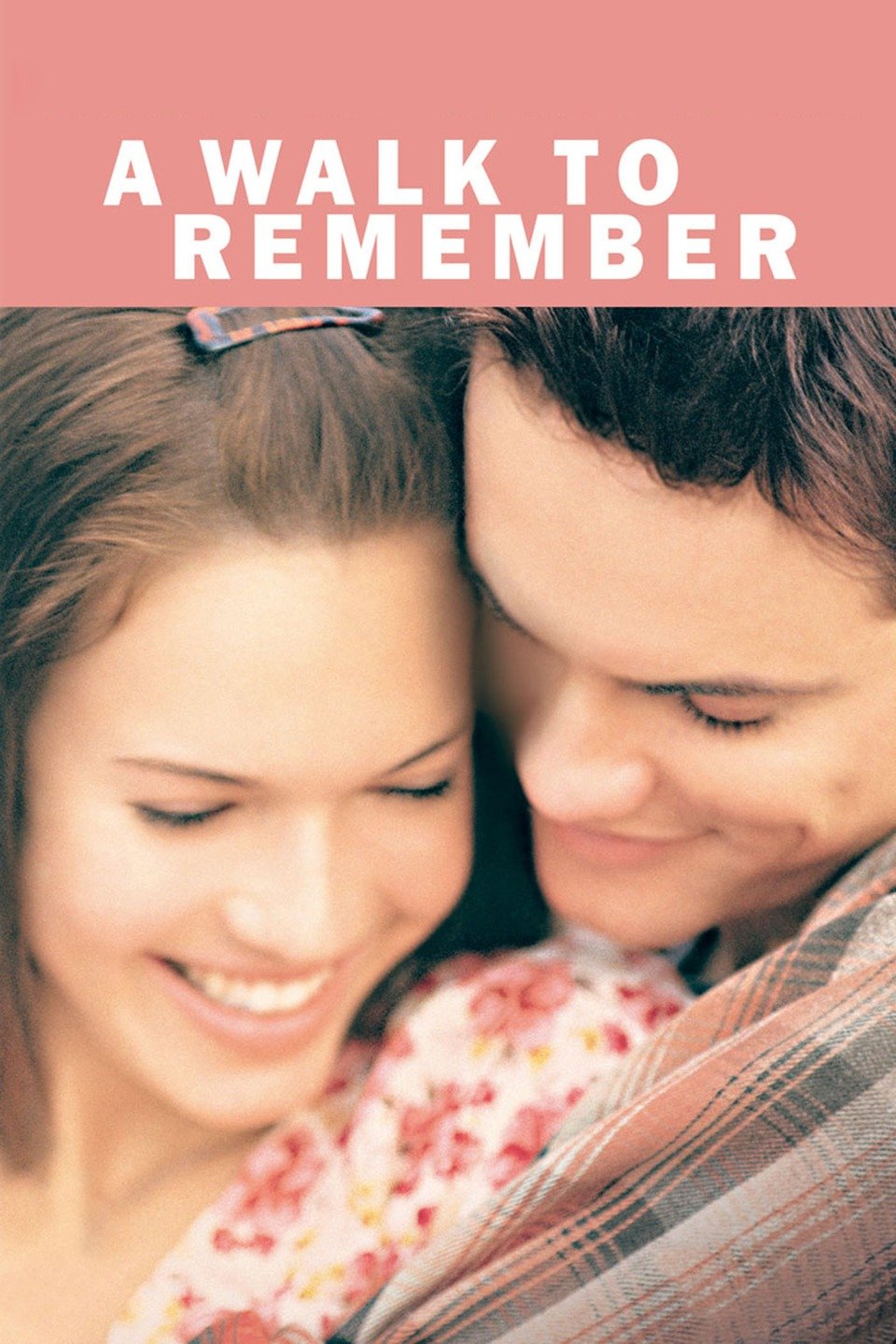 A Walk to Remember

A Walk to Remember is the perfect blend of high school angst and timeless romance. Like The Notebook, this film will give you all the feels not only because it's a beautiful love story but also because it will literally break your heart. Even if you've seen it a million times already, this one will make you sob uncontrollably. (And come on — young Mandy Moore is so amazing. I'd watch Rebecca Pearson read a grocery list.) 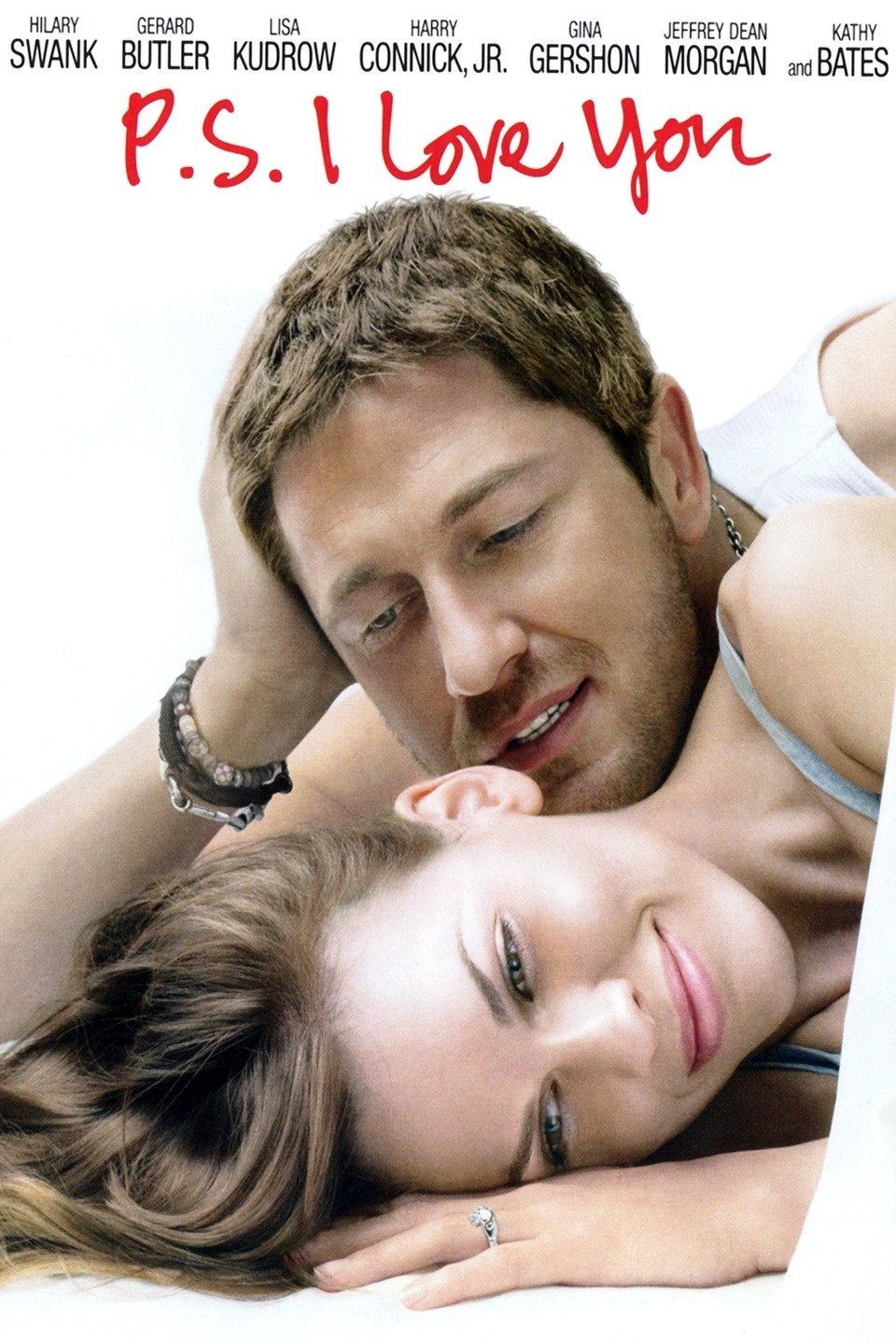 Why do I keep picking movies in which people die? Because they are the WORST but also the BEST because they help you to get all your emotions out there in the open. I absolutely love Hilary Swank in a rom-com — she's so dynamic, and Gerard Butler is an absolute dime (even from beyond the fictional grave).

3. When you hate relationships and just want to be mad 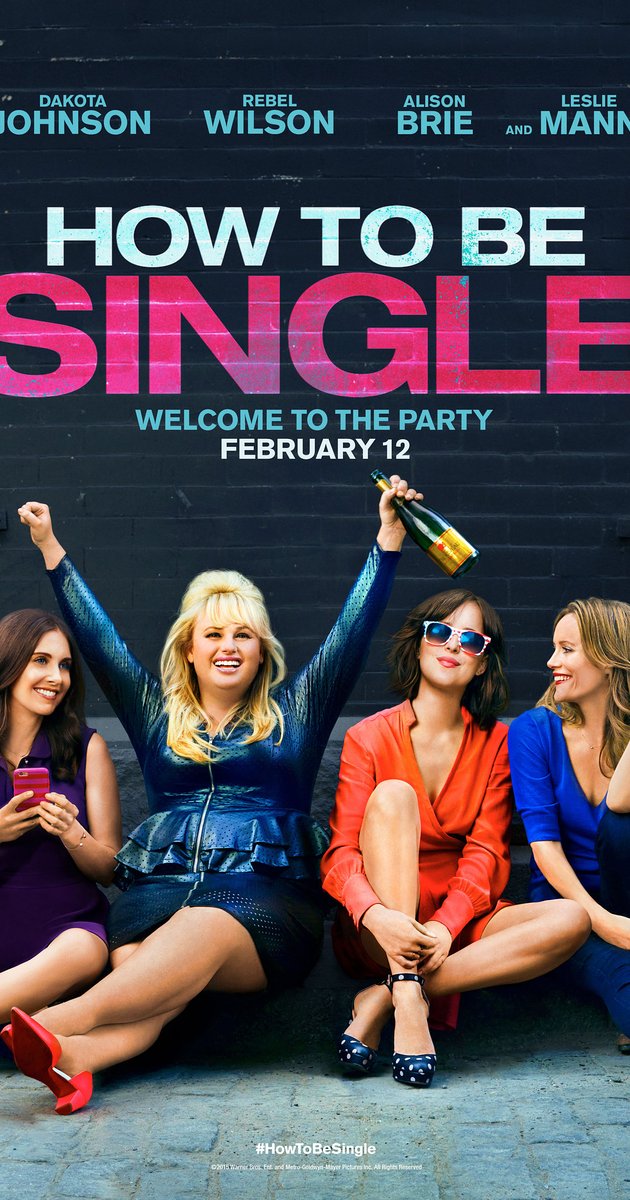 How to Be Single

"I know breaking up sucks, but you know what's even worse? Wasting a night in New York City." Does that line NOT say it all!? (Hint: It does.) Watch as four NYC ladies tackle the single life, finding yourself, and everything in between. 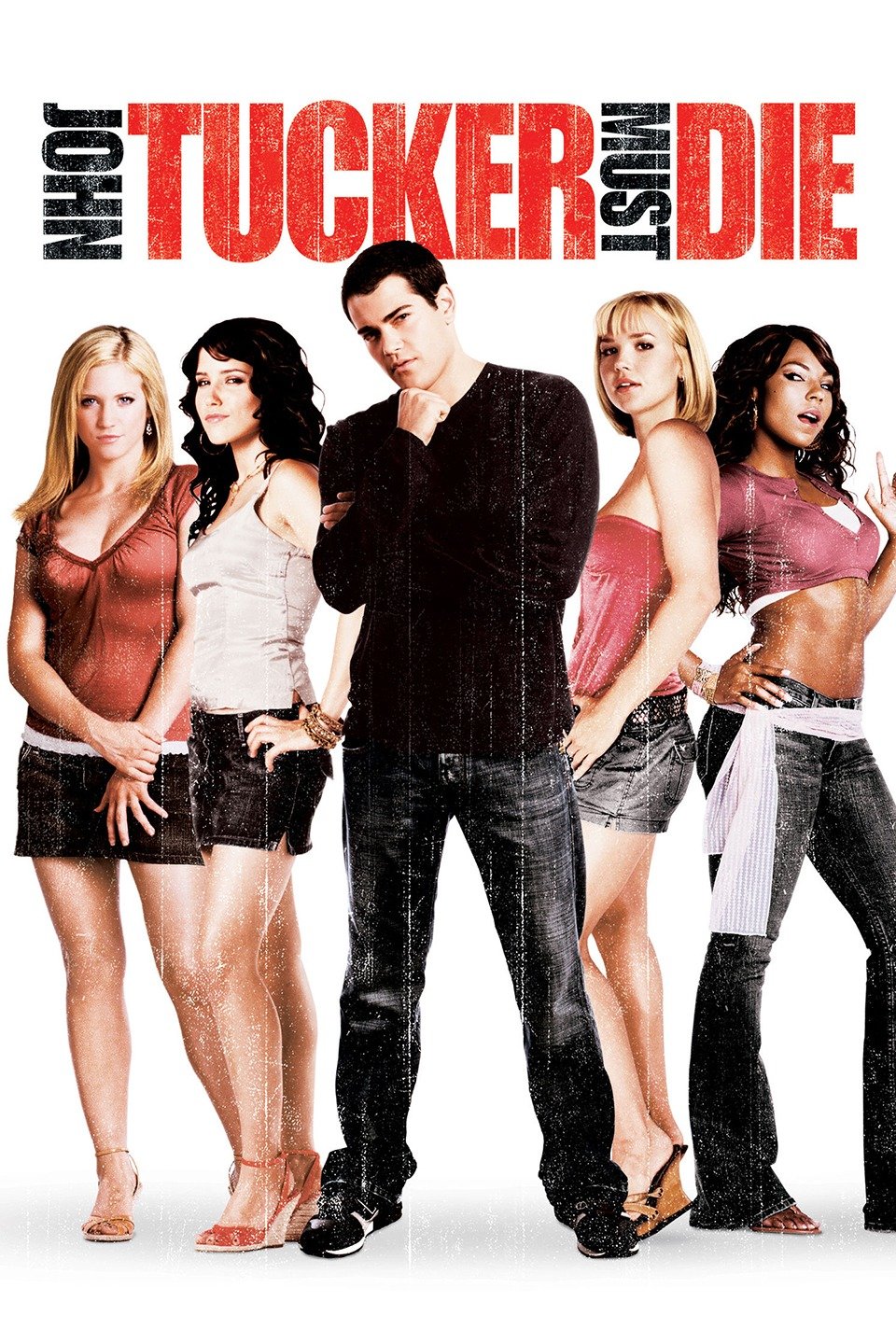 When a group of teenage girls discover that they're all dating the same guy, they decide to get revenge. Sounds like the kind of movie you'd watch when you're 13, but the lessons are just as applicable no matter your age. The takeaways: Cheaters never win, bad relationships are the worst, and being yourself is worth it every time. 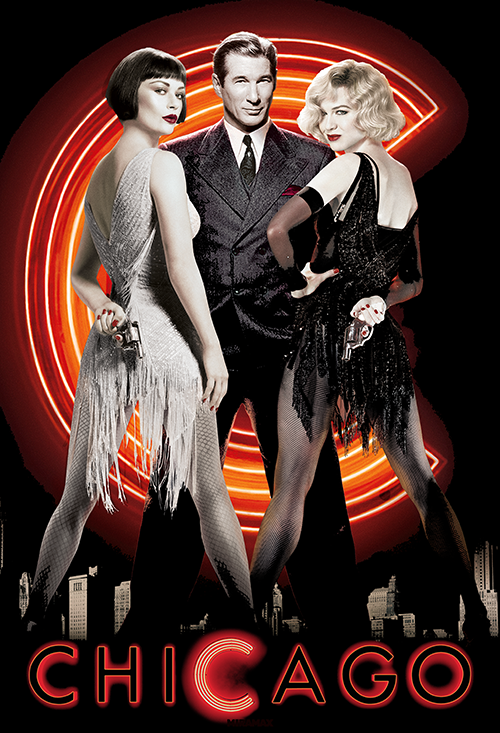 I love a good musical, but that's not why this one's on the list. The real reason: There's an ENTIRE SONG sung by women who literally KILLED THEIR HUSBANDS. Some guys just can't hold their arsenic. 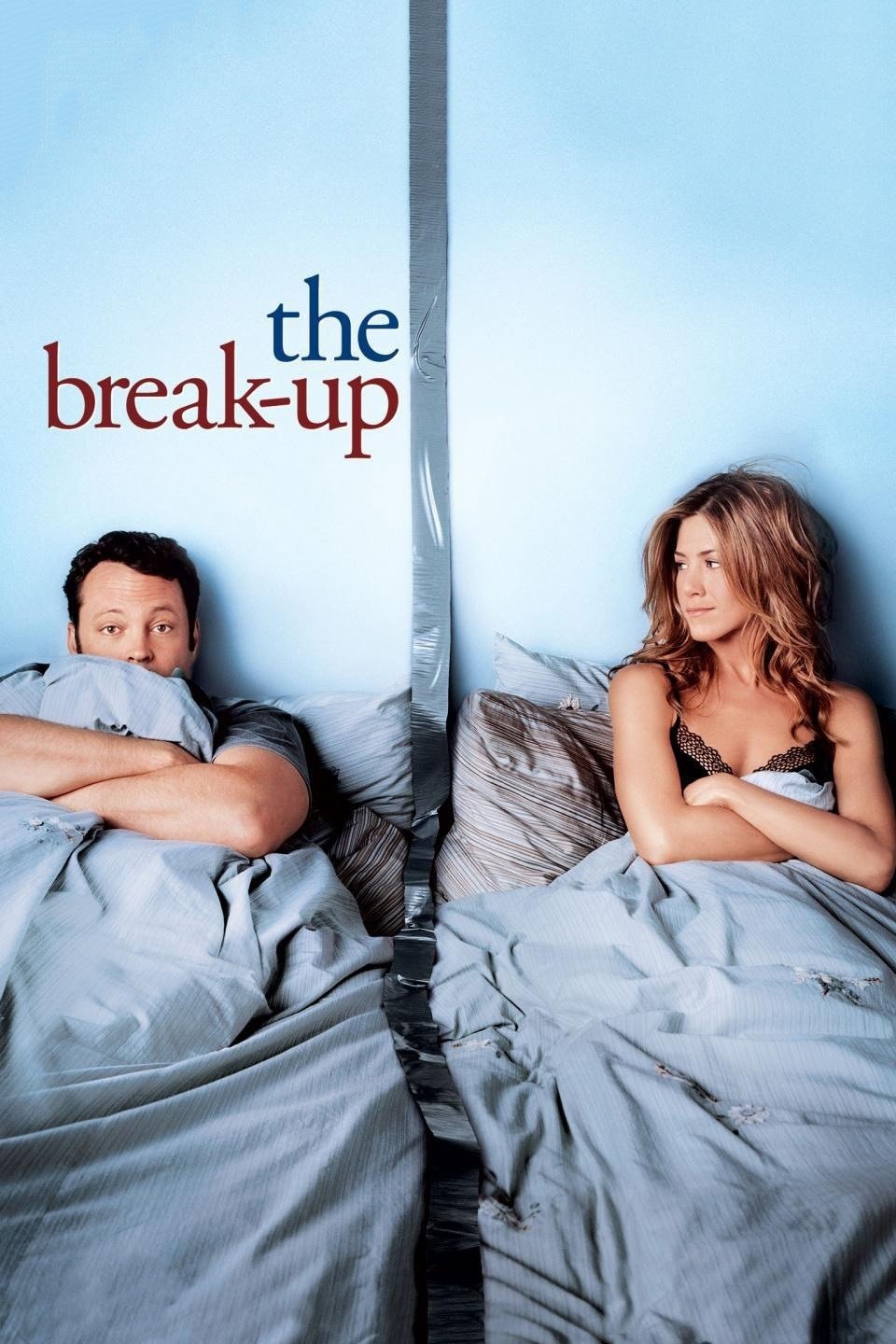 Breakups are messy. You know this — you're going through one right now. In this comedy, Jen and Vince break up — but they each refuse to give up their apartment. It's funny, it's sexy, and it's painfully relatable. AND it's best served with your friends Ben, Jerry, and Jose (Cuervo... I'm talking about ice cream and tequila, people.).

4. When you want to be reminded that good partners are out there (and that you WILL find one!) 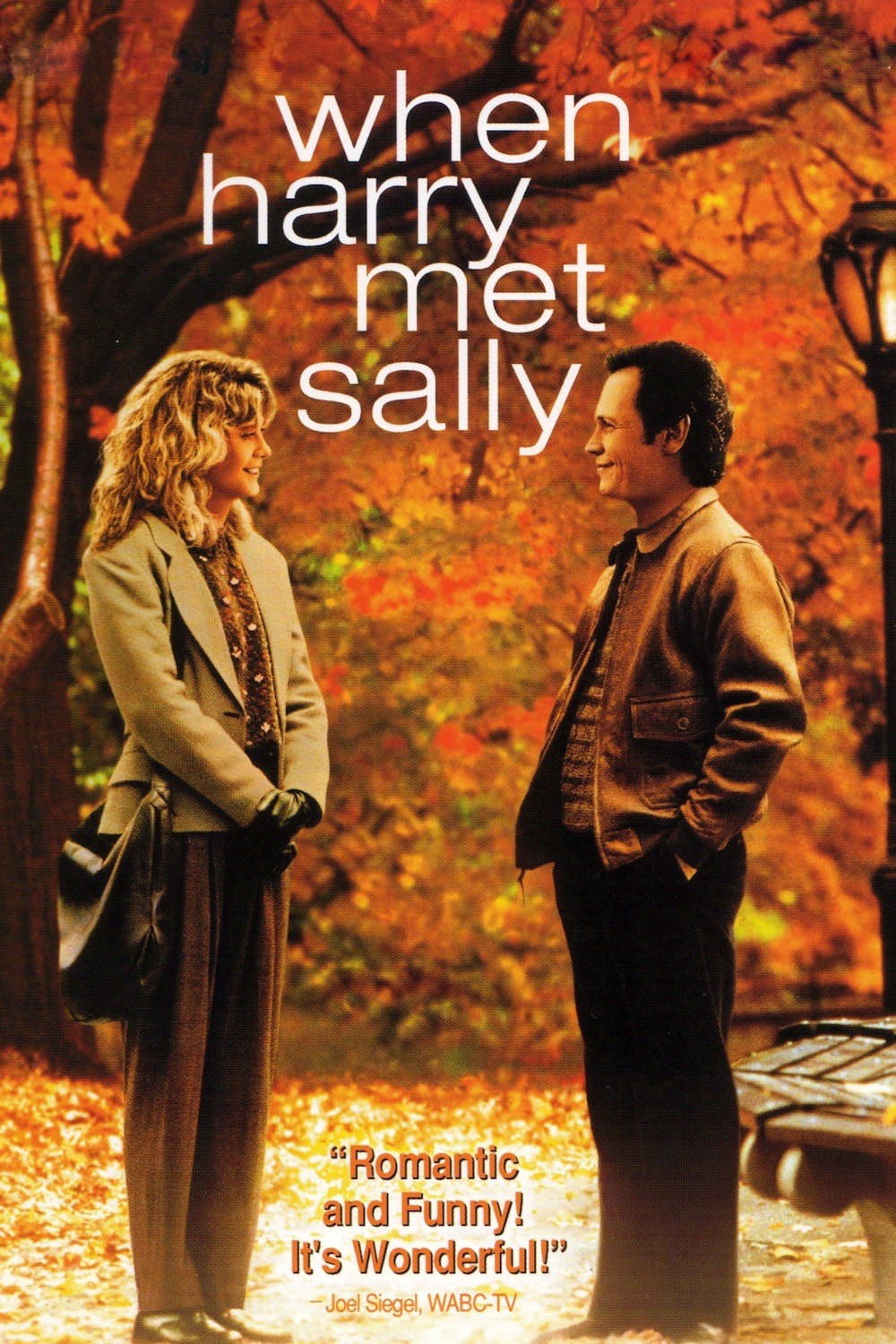 NO DOUBT, this is the best romantic comedy of all time. Harry and Sally hate each other. Then they're friends. Then some other stuff happens. And it's magical. I have never met someone who does not like this movie, so watch it with your friends, parents, roommates, dogs, or by yourself. I promise it will make you feel better about life. 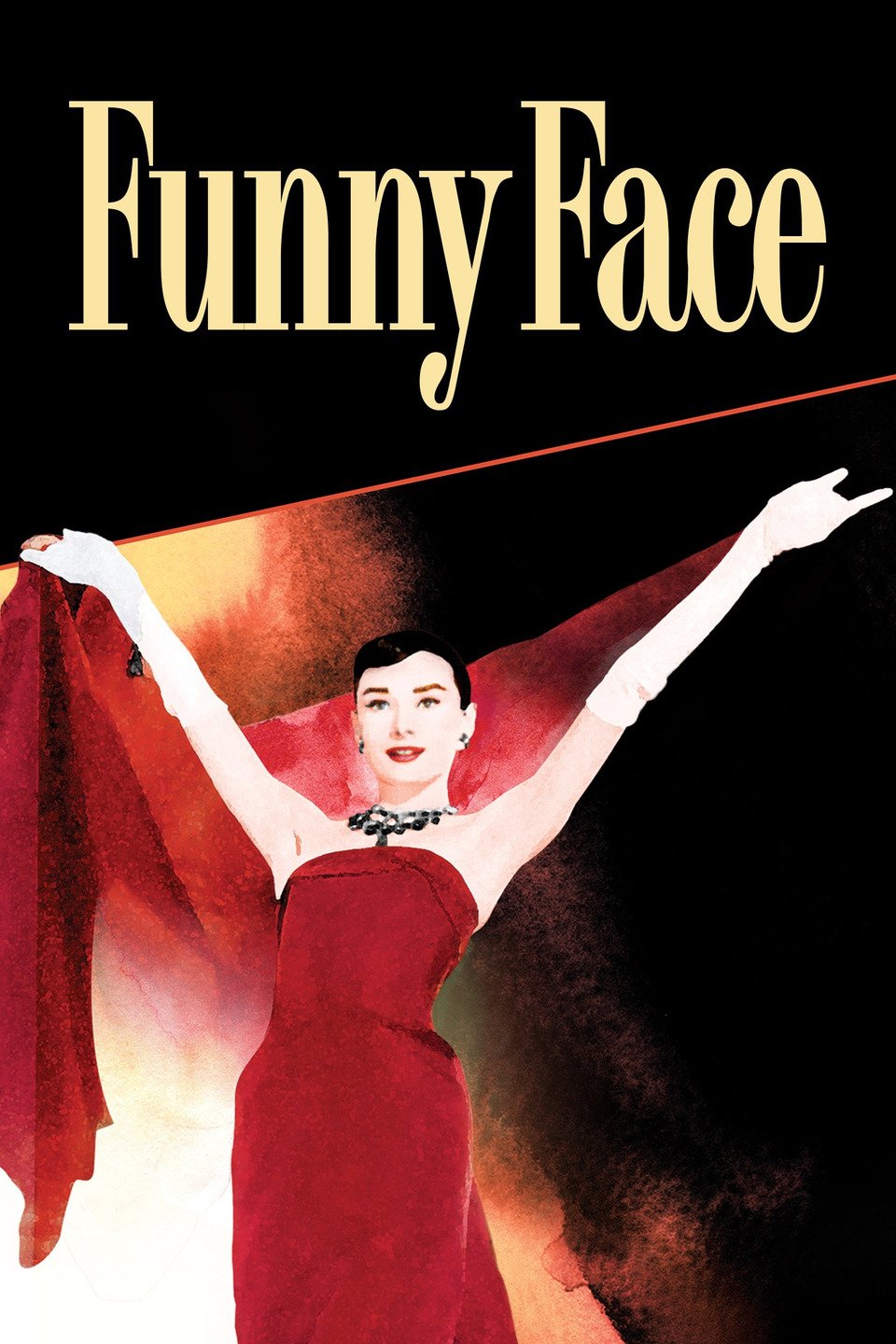 Seriously, how great would it be if a photographer accidentally photographed you and then said he thought you could become a professional model? Girl can dream. There's a simple lesson in this movie — you can meet a partner without even trying. 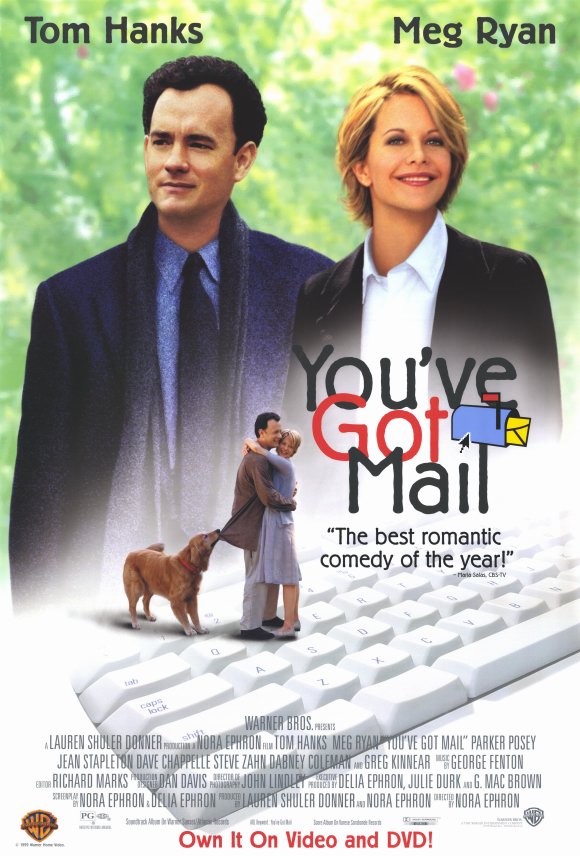 I am not ashamed that there are two Meg Ryan movies on this list. She is the Rom-Com Queen, and she's here to single-handedly remind you how great love can be. In this one, she and Tom Hanks are total star-crossed lovers — business competitors who unwittingly fall in love online. Cheesy and perfect. 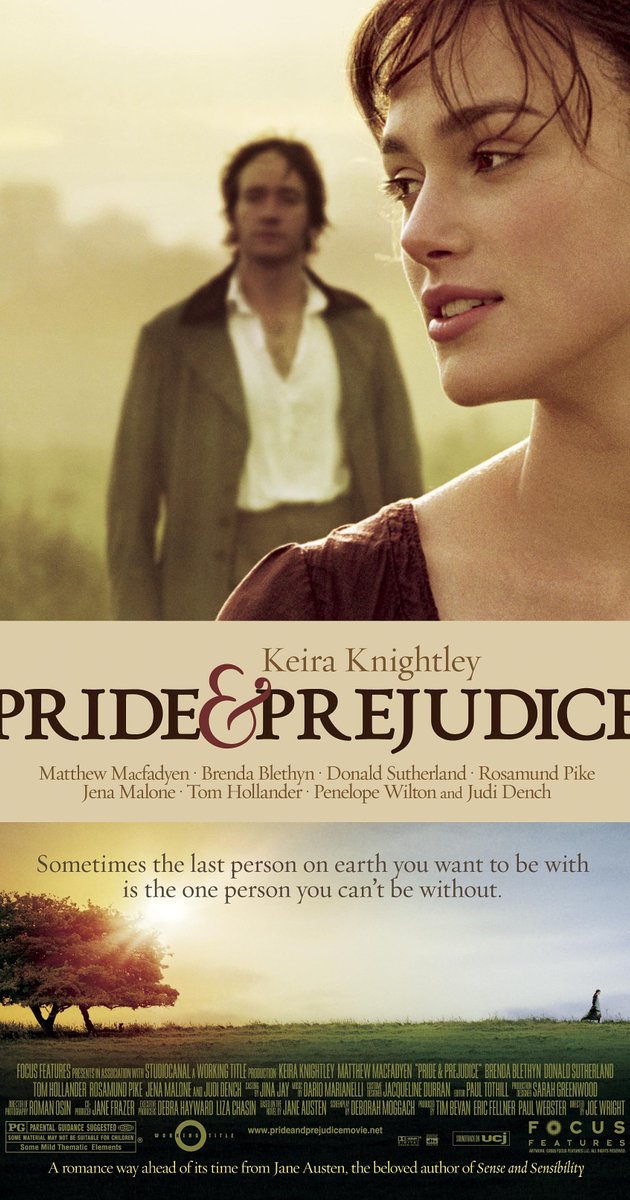 In this beautifully updated new version of the old classic, Keira Knightley stuns and Matthew Macfadyen enchants. The book is obviously the best, but this movie is great when you're short on time — it'll take you back to a time when life was simpler (but men were just as confusing). 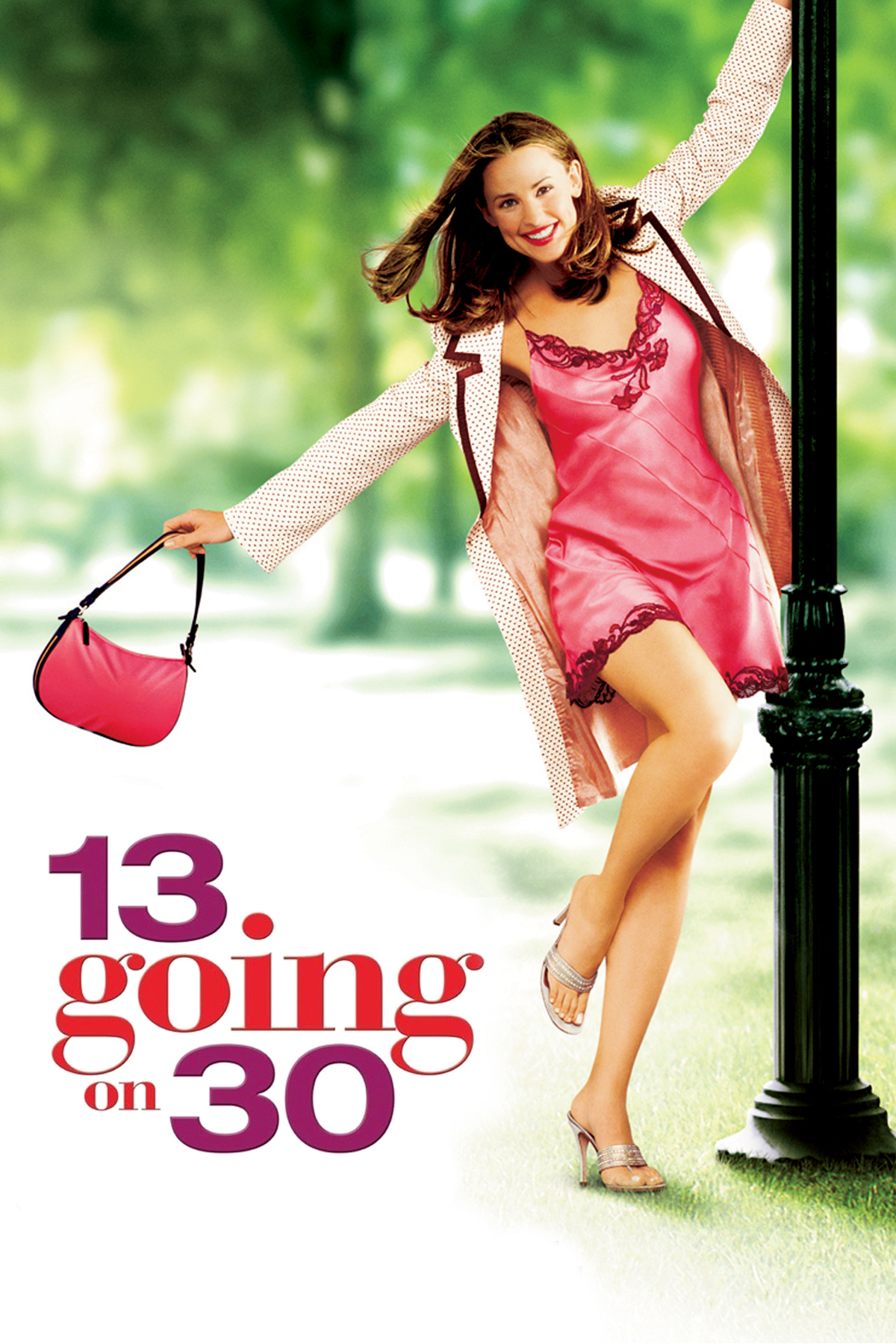 Jenna Rink, big-time magazine editor, at your service. After a little bit of magic, 13-year-old Jenna is transported into her 30-year-old self's body — and she has no idea what to do about it. The transportation teaches her all a teenager (or anyone) could possibly need to know about friendship, careers, and finding the love of your life.

5. When you need to be reminded that your besties are your real soulmates 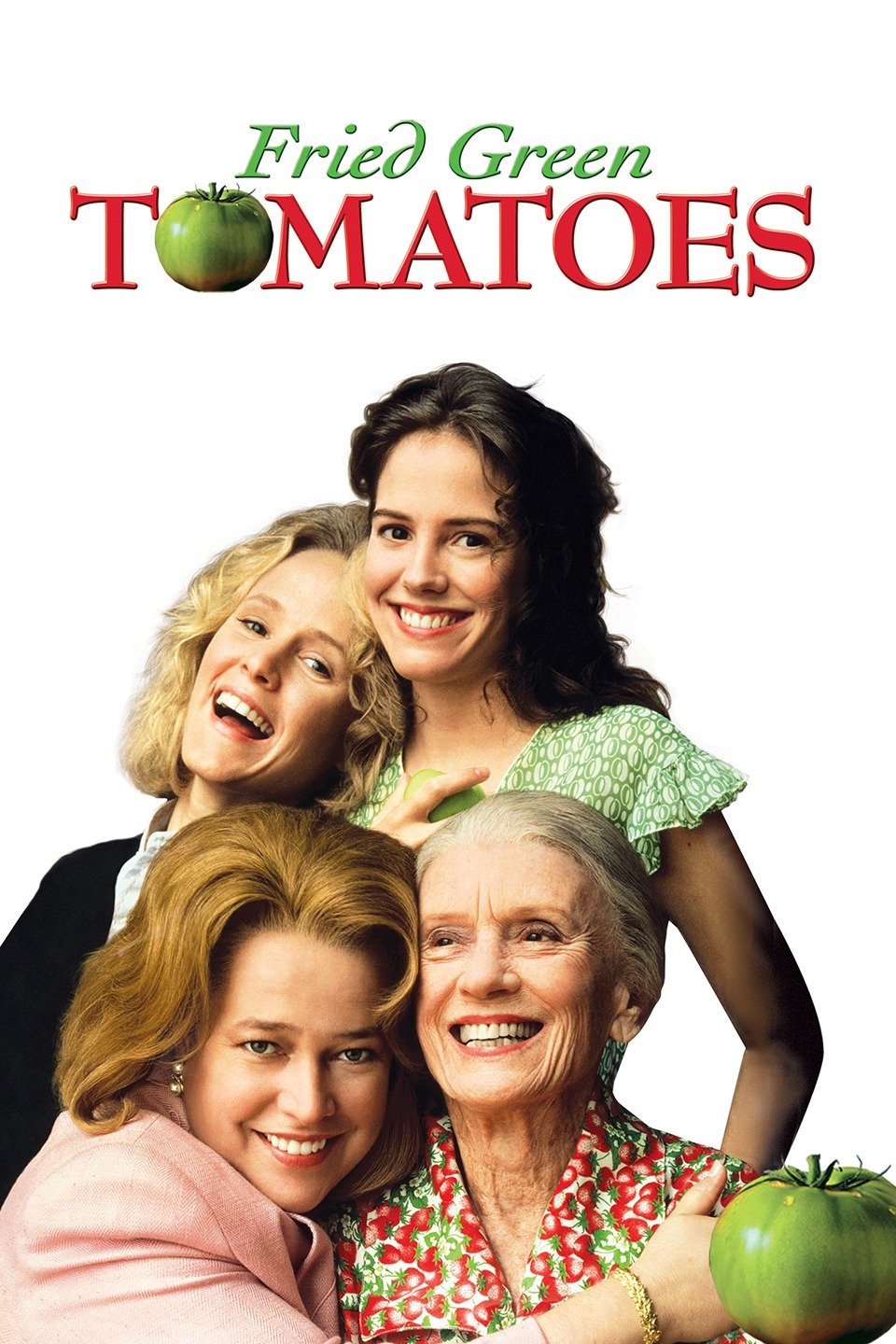 Told largely through flashbacks, Fried Green Tomatoes is the story of a somewhat-happy housewife who meets an elderly woman who changes her life. The flashbacks teach viewers about the friendship between two women in the 1920s — a friendship that will impact the two women meeting in present day. 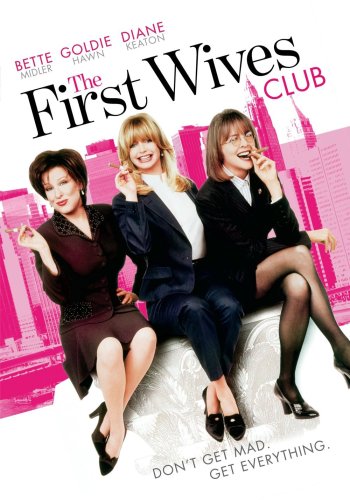 As great as it would be if we all went through breakups at the exact same times as our friends (and could therefore help each other through it), that's not usually the case. But in this movie, it is — and these three friends form a club to help get over the pain of their husbands leaving them for younger women. Who needs a husband when you've got each other? Don't get mad — get everything. 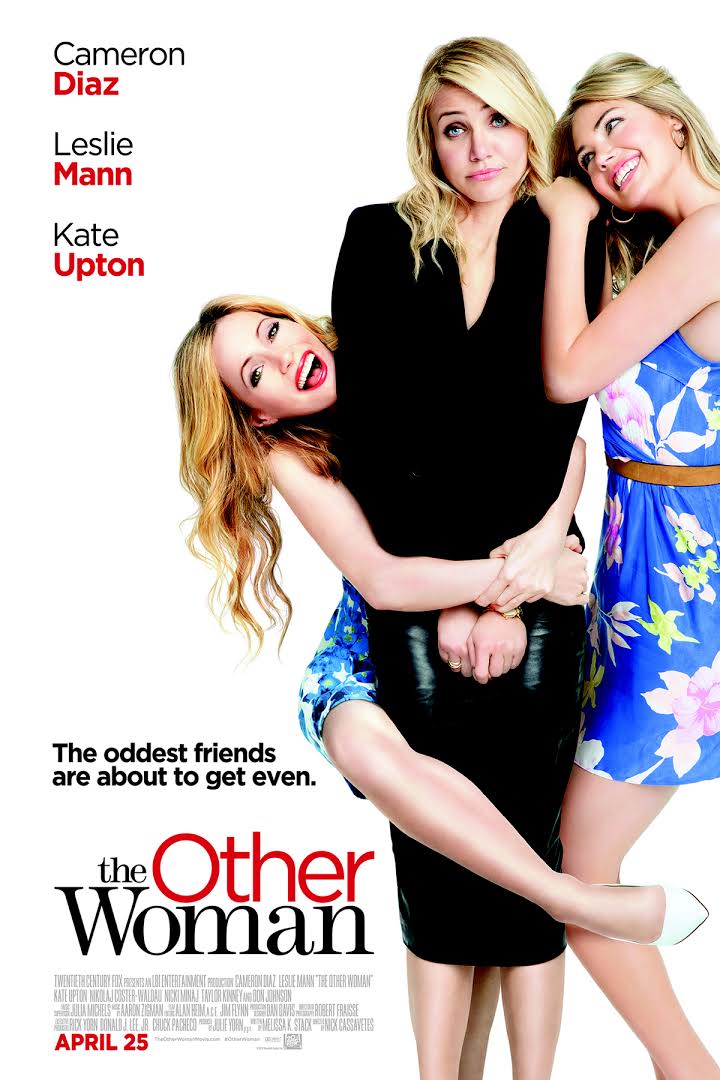 This movie is perfect because it reminds us all that our differences don't define us. Great relationships can come in all kinds of shapes and forms, and loyalty and self-worth are two of the most important things a woman can have. The sheer fact that Leslie Mann goes from sobbing in her wedding dress on her bed to becoming a badass businesswoman? Flawless. This one will remind you of your strength and worth (And it'll make you want to explore new friendships and new career potential too — score!). 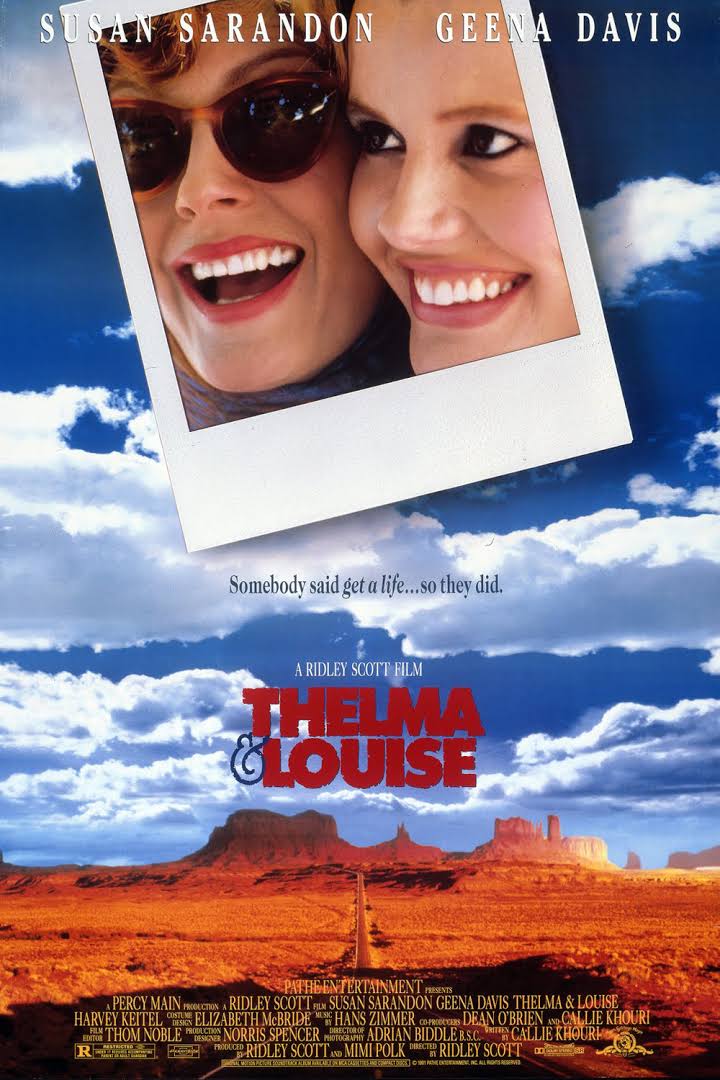 Girl power at its finest. A quick trip becomes the adventure of a lifetime when two friends find themselves running from the law after a crime of self-defense. It's both charming and moving, and it'll make you want to squeeze your best friend. 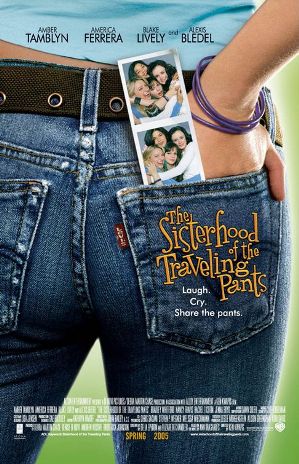 The Sisterhood of the Traveling Pants

What do you get when you put Betty Suarez, Rory Gilmore, Serena van der Woodsen, and Joan of Arcadia in the same room? You get the most adorable group of teenage girlfriends — and one summer full of coming-of-age adventures. 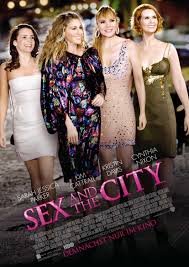 Sex and the City

The first time I saw this movie was well before I had ever even seen the show — proof that fans and non-fans alike can enjoy this girl-power flick. Your favorite group of city-slicker friends is together again to plan Carrie and Big's wedding — until all hell breaks loose. It's so freaking good, and I promise it will make you want to plan a tropical getaway with your best friends.