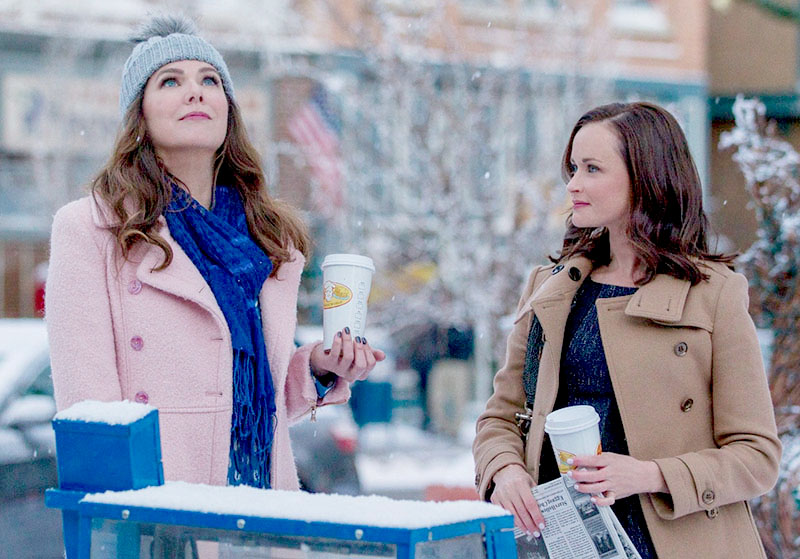 Warning: The following article contains mild and moderate Gilmore Girls: A Year in the Life spoilers. Proceed with caution and read at your own risk!

Like many of you, I just wrapped up binge-watching Netflix’s Gilmore Girls: A Year in the Life.

Also like many of you, I have a lot of feelings and a lot of questions.

In more ways than one, the four 90-minute episodes were the perfect trip back in time, a gift wrapped up in nostalgia, coffee, and too-fast dialogue. It was all there: the quirky, mundane agendas at Taylor’s town meetings, the wayfaring street musicians, the seasonal festivals in that iconic town square.

Watching the show’s highly-anticipated revival was cathartic for die-hard fans like myself, who tuned in every Tuesday in the mid-2000s (and then rewatched every single episode after the series hit Netflix).

It was also a reminder of the mixed feelings I’ve always harbored for the Gilmores—and how, even a decade later, some things never change.

I grew up with Rory. We had a lot in common: We both would rather watch TV with our moms than go out most nights (in fact, my mom and I watched Gilmore Girls together religiously), we both had ambitious plans for careers in journalism, and we both share an affinity for coffee and tacos.

I looked up to Rory as some kind of icon. She was everything I wanted to be.

Even though my personality sometimes better resembled Paris Geller’s, I (much like Paris) looked up to Rory as some kind of icon. She was everything I wanted to be. Rory was older than me by a few years—just old enough that every move she made was aspirational: her expansive reading list (which I actually saved on my computer and tried to follow), her perfectly worded banter, her sublime grades, and—let’s be real—the fact that every boy she came across seemed to fall madly in love with her.

But like every well-written character, she was far from perfect—even when her mother, grandparents, boyfriends, and an entire town hailed her as such. 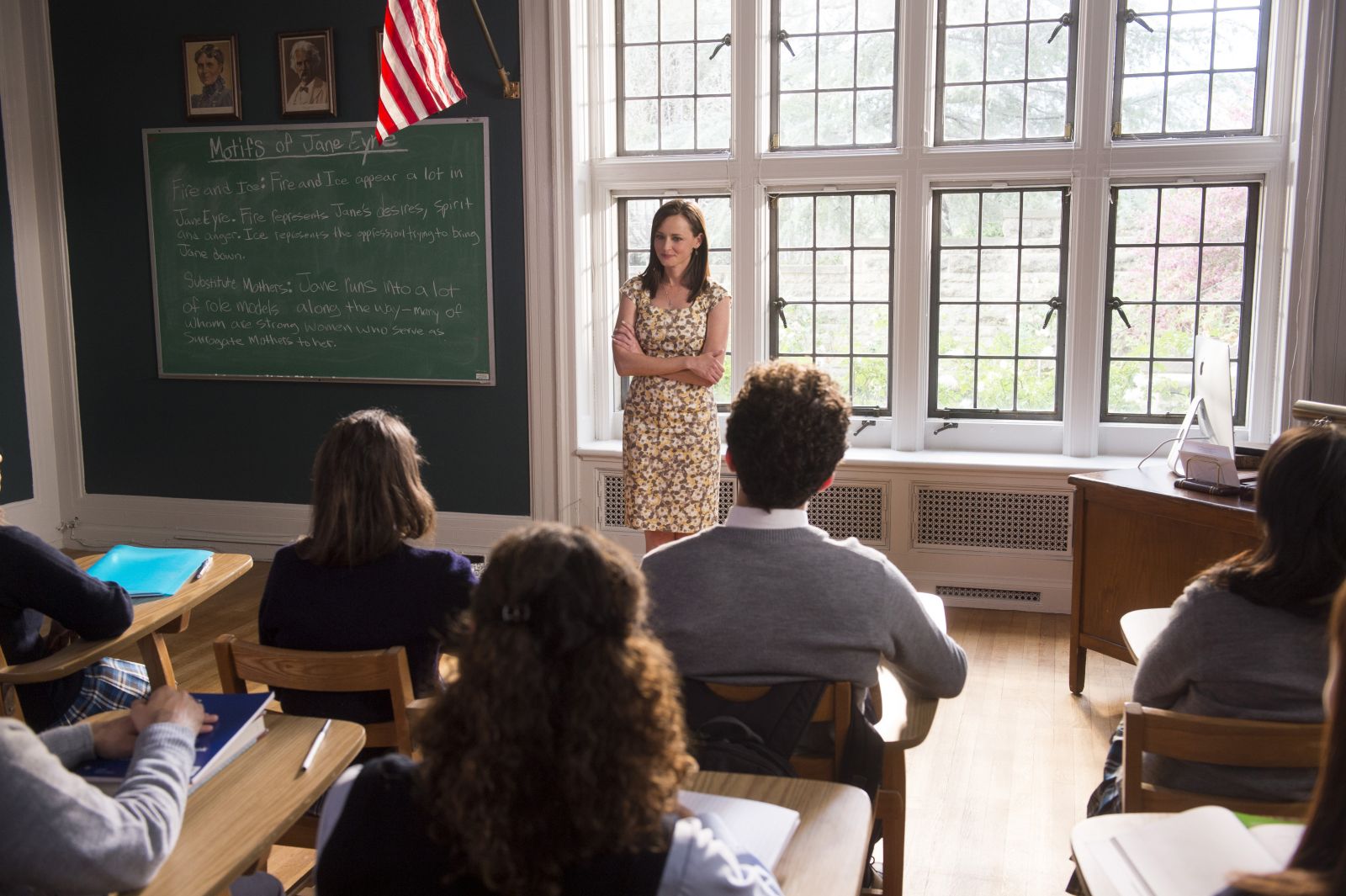 Lorelai and Rory both shared the belief that rejecting the well-to-do life of Connecticut high society in exchange for a simple small-town existence was a sign of their strong moral fortitude. They looked down on the lives of the wealthy as vapid and vain, while still using the privilege that wealth brought them at every opportunity: from funding 100 percent of Rory’s four years of prep school and four years at Yale, to financing The Dragonfly Inn, to months-long trips to Europe.

Very rarely does Rory step outside of herself to consider the feelings of others.

Rory’s college boyfriend Logan (ugh, more on him later) called Rory out for this in season seven: After she turned up her nose at his group’s antics, he gave her a piece of his mind.

“Wake up Rory. Whether you like it or not, you’re one of us,” he yelled. “You went to prep school. You go to Yale. Your grandparents are building a whole damn astronomy building in your name.”

Rory didn’t want to hear it. Very rarely, if ever, does she or her mother acknowledge the privilege that shaped them. Very rarely does she step outside of herself to consider the feelings of others.

There was so much about the revival that I loved. The (sometimes too brief) return of supporting characters like Mrs. Kim and Gypsy filled me with complete and utter joy. I laughed and rolled my eyes at the quirks of a tiny town that seems to exist in a parallel universe. And Emily learning to become her own person without Richard was an absolute pleasure to watch.

However, right at the beginning of the first episode, we’re shown Rory hasn’t really outgrown her inconsiderate ways. She has been dating a man named Paul for the last two years, a man so mediocre it seems no one can remember who he is—not even Rory. All throughout the first episode she mistakenly abandons him places, forgets dates, and can’t even remember to break up with the poor fellow.

In just one example of many, Paul texts Rory to confirm dinner plans (ones she forgot, obviously) while she’s at the London apartment of her old flame, Logan.

Oh, right, there’s the zinger: Rory and Logan have been casually sleeping together, even though Rory’s dating her unmemorable beau and Logan, as it turns out, is engaged to Odette, a French heiress.

Both Paul and Odette play very minimal roles in the show (you only ever see the back of Odette’s head) but more than once I was incensed by Logan and Rory’s lack of empathy for them as they pranced around with the Life and Death Brigade.

The affair was a way for the showrunners to acknowledge the beautiful monster they created.

What if Odette were a full-fledged character instead of a barely-there ghost? What if we saw more than the back of her head, and viewed her as a person with feelings and goals? Would we feel the same about Logan and Rory’s dalliances, and the way they pretend Odette doesn’t exist?

What if we knew more about Paul? The poor guy spent three years of his life thinking he was in a committed relationship. Meanwhile, Rory is busy emotionally attaching herself to an unavailable man and having one-night stands with Star Wars characters with little thought about how Paul feels.

Mind you, this isn’t the first time Rory has had an affair. As a teen, she slept with her ex, Dean, while he was married to someone else, and didn’t seem to think much of the consequences until his wife’s mother screamed at Rory in the town square.

It was easier to forgive Rory when she was 16 and still had so much to learn. At 32 years old, her thought process (or lack thereof) is a lot harder for me to wrap my mind around.

In a way, I think the affair was a way for the showrunners to acknowledge, finally, the beautiful monster they created. Rory has never been all that good of a person, but that fact was shielded in the original series with witty repartee, college acceptance letters, and big, big stacks of books. We were tricked into believing, like Rory did herself, that she would be an international correspondent or White House Press Secretary by 32. In reality, Rory was handed so many opportunities that she felt entitled to them (her freakout at the Sandee Says CEO is a perfect example of this) and began to flail when the opportunities stopped coming.

Her sense of entitlement even extends to her relationship with her mother: When Lorelai refused to let Rory publish a book about their lives, Rory responded with a shocked, angry “come on, mom, give me this!” Before then, it didn’t occur to her that she’d receive “no” for an answer, because rejection comes few and far between for the Gilmore Girls.

Where Rory’s maturity stunted after 2007, Lorelai’s flourished. In the original series, 32-year-old Lorelai’s immaturity worked in stark contrast with Rory’s precociousness. In 2016, however, 40-something Lorelai’s childish petulance is overshadowed by her love and compassion for others, purer and stronger than Michel’s obsession with fat-free granola. 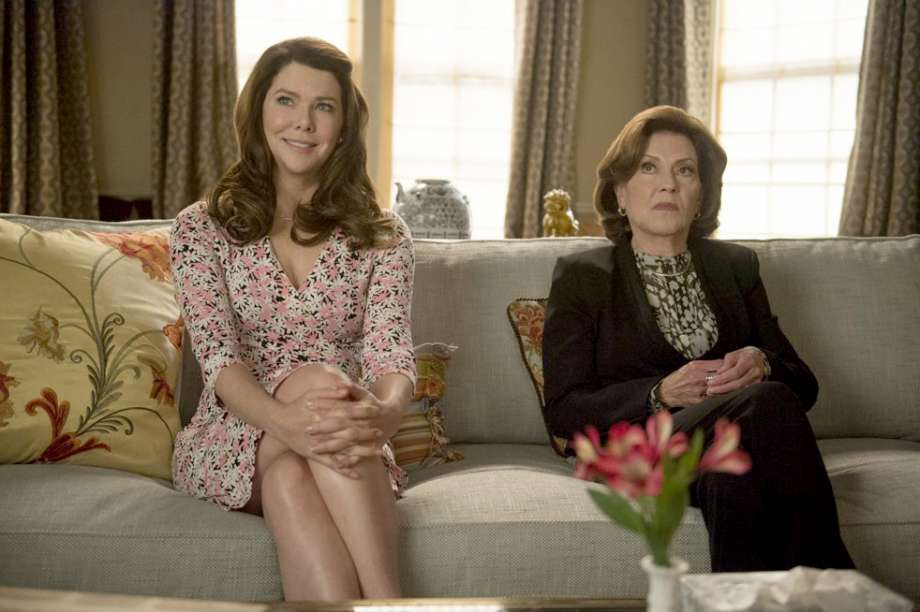 The show kicked off with more of the same-old angst between Lorelai and Emily (giving me plenty of “I don’t think I can take six hours of this” thoughts), but their shared grief eventually pulled them together and propelled them toward the much more healthy, loving mother-daughter relationship I’ve always wanted for them.

Emily and Lorelai’s separate-but-not-so-separate journeys to self-acceptance were by far my favorite parts of the show. Lorelai’s trip to go “do Wild” felt like it came completely out of left field, but the gaggle of clarity-seeking, Witherspoon-loving tourists (“Movie or book? Movie or book?”) was delightfully on-brand, a modern update to the show’s trademark quirkiness. It also helped Lorelai reach one of the show’s pivotal emotional moments, when she called her mother to recount her favorite memory of her late father. That scene packed a lifetime of character development into a single phone call: It showed that Lorelai was finally able to put her pride aside to heal and let others to the same. It showed that Lorelai now possessed the empathy Rory still lacked.

Overall, the Gilmore Girls revival was a triumph. There were times it stumbled: Did we really need 15 minutes of that god-awful musical? Did they really think the millennial-bashing “30-something-gang” joke was going to land? Did we really need so much Kirk, and so little Sookie? (I know Melissa McCarthy must have a hell of a schedule as one of Hollywood’s most successful actresses, but one scene? ONE SCENE?!)

Acknowledging Rory’s flaws allowed me to forgive myself for mine.

All that aside, the revival managed to replicate the magic which made Gilmore Girls so successful more than a decade ago: a tiny town full of quirky characters, a secret bar, a crotchety Luke who still cares so earnestly about things like a floaty hut.

I’d even call their portrayal of Rory a success, even if I wish there could have been another way. It was hard to watch at times, but the writers did the show (and the viewers) a great service by finally confronting Rory’s issues and flaws head-on.

Like I said earlier, perfection makes for bad, boring characters. Everyone has (and needs) flaws. Acknowledging Rory’s, in several ways, allowed me to forgive myself for mine. If not even Rory Gilmore herself could live up to the pedestal I put her on, it’s pretty clear that pedestal should never have existed in the first place.

Letting go of the perceived perfection of other people (fictional or otherwise) was a very real part of coming to love and accept myself for who I am.

And in many ways, I have the Gilmores to thank for that.

Oh, and in case you’re wondering how I feel about the show’s very controversial ending, it felt like too big a spoiler to bring up here. Share your reactions in the comments, but don’t give everything away!