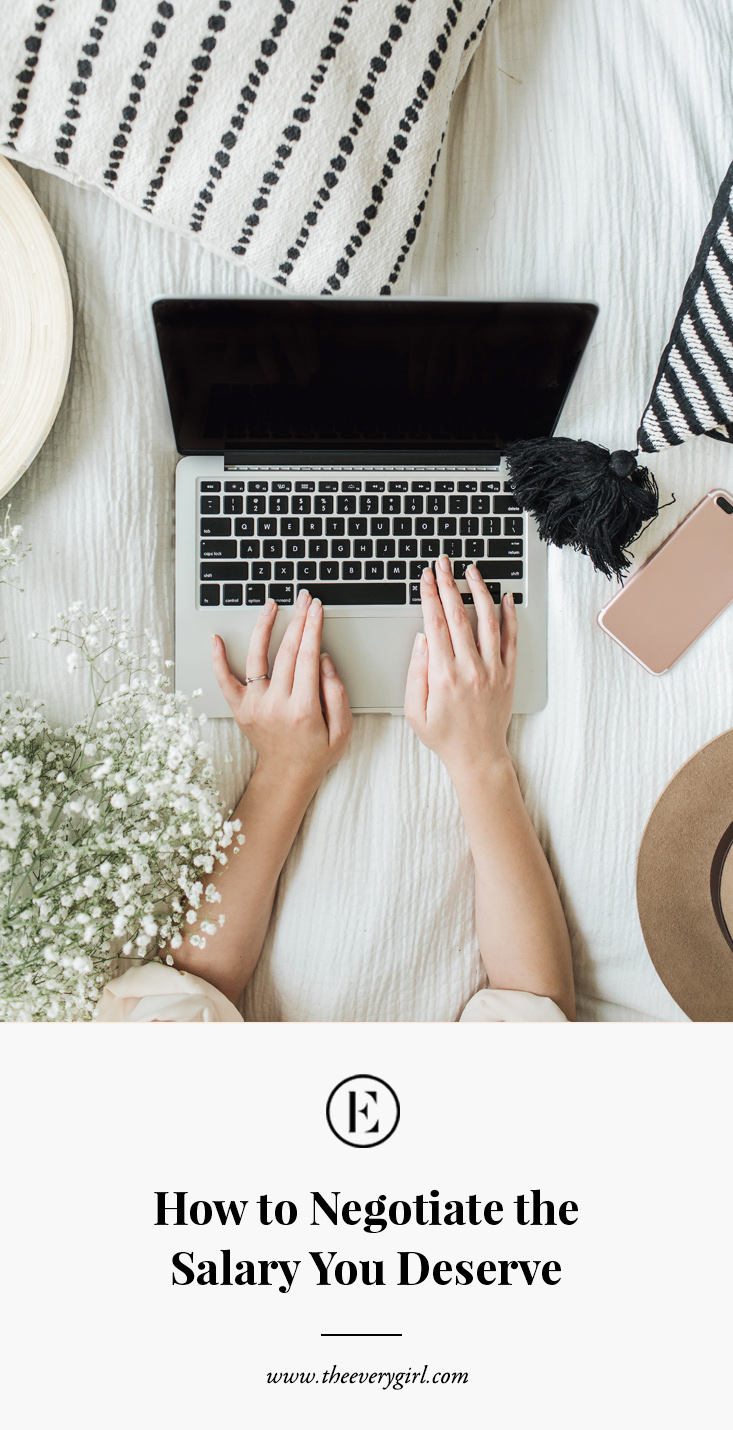 Let’s acknowledge the fact that you may have been underpaid before, whether it was in a previous role or current role. Relax! It can happen to the best of us. It might have been because you were so excited about the job that you said yes to the first number they offered, or maybe you were too nervous to ask for what you really needed. (A recent study showed that 64 percent of women did not try to negotiate their pay the last time they were hired for a job.) Whatever the reason was, it’s not the end of the world. You can negotiate the salary you actually deserve, but there are a couple of things you need to consider first.

Can you get the salary you deserve if you stay with your current company?

According to the WorldatWork 2019-2020 Salary Budget Survey, U.S. salary budgets are projected to rise by an average of 3.3 percent in 2020. This number has increased by about .1 percent year over since 2018. The good news is that salary budgets are expected to increase slightly, but it’s important to calculate the numbers when you’re considering if this will make much of an impact on your actual income. It’s very easy to get blinded by a nice (and seemingly big) number, but be sure to calculate what that large sum breaks down to on a monthly, weekly, and/or hourly basis.

While there are a lot of tips on how to negotiate a higher salary out there, if you’re staying within your current role or even within the same company, it’s not likely that you will be able to gain more than a 3- to 5-percent salary increase. In some extreme cases, you might be able to swing a 10 percent raise if you’re taking on a much more superior role, but this isn’t the norm.

If you are looking to make a big jump in pay grade, it most often requires switching companies. If you stay within your current company, salary increases will be dictated by your current base pay, whereas you have a lot more negotiation power somewhere new. It used to be that going to a new company automatically meant that you could land a salary 10 to 20 percent higher than your previous one, per Investopedia. Pay raises of that caliber aren’t as common as they once were, however, looking outside your current company and taking a new external job is still the best way to secure a large salary increase. (Wharton research shows that external hires cost 18 to 20 percent more than those promoted from within.)

How does your salary compare to others in a similar role?

It’s important to be aware of the average salary for your position based on location in order to ensure you are not being underpaid or taken advantage of. Be mindful that location does make a big difference. A job located in a large metropolitan area will often pay more because of increased cost of living, but this doesn’t necessarily equate to a higher disposable income. You may be getting a higher salary, but if you’re paying more for every other expense in your life, it won’t make much of a difference.

A great tool for evaluating this information is the Bureau of Labor Statistics where you can see average wage data based on job, state, and metropolitan area. You can also check out websites that list average salaries based on company, or databases that gather salary information based on age, job type, and location. These tools shouldn’t be used as an absolute mark of what you should make, but they are a great guide to ensure that you are being compensated adequately based on your location, experience, etc.

Are you effectively showing the value you bring to your role and articulating why you deserve the higher salary?

One of the biggest mistakes people often make when it comes to salary negotiations is that they don’t come in prepared with specific metrics and achievements about themselves. When you’re going in to ask for a higher salary, it’s important to have the facts laid out.

Some metrics and facts you might want to calculate (for your own knowledge and to use in your negotiation):

How many hours per week you actually work

People often get caught up in an annual salary, but it’s important to break it down by hours you actually work to see how much you’re really making. Additionally, highlighting how much effort you’re putting in at the office will add to why you deserve a higher salary. You can use apps that track your time for an easy way to do this.

Also note if you’re there longer than everyone else. If you have a habit of coming in on weekends or working late at night, take this into consideration when crunching the numbers of what your annual salary equates to hourly.

Did you save the company money? Secure a big partnership? Lay out your achievements so you can highlight how beneficial you’ve been to the company. The more you have to point out, the stronger your case will be for a higher salary.

When you go to interview for other positions, make sure you are armed with facts and evidence to support your desired pay increase. Here’s a great way to explain your situation to an interviewer or hiring manager:

“I am aware that I am being underpaid at my current job, however I have learned X, Y, and Z from this experience/job, and based off of the Bureau of Labor Statistics, which show that the average pay for this position in this area is X, along with my accomplishments of A and B, I’m aiming for a salary of $.”

If you give a statement like this, you will come off as knowledgeable, confident, and motivated. Having evidence of your achievements and statistics will also make you appear researched and show interviewers that you have put effort into getting fairly compensated. It’s important to ask for what you deserve confidently. The worst that can happen is that your current or potential employer denies your request. “Offers are rarely rescinded — and if they are, it’s most likely because the candidate handled the negotiation poorly and displayed behavior that wasn’t aligned with the company’s core values,” said Marielle Smith, VP of People at GoodHire.

Asking for a raise or negotiating your salary for a new role can be nerve-wracking — to say the least. We’re often not conditioned to ask for what we want or deserve, and if you’re introverted by nature, this process may be even more painstaking. Regardless of how stressful it is, you do deserve a salary that you can not only survive on, but thrive on. Ideally, your salary should allow you to live and save comfortably so you can plan for your future. If you haven’t been adequately compensated in the past, take this into account, show why you deserve a higher salary, and maintain your stance on what you need. You likely have all of the tools and resources at your fingertips, and just need to put them into action to successfully negotiate the salary you deserve.