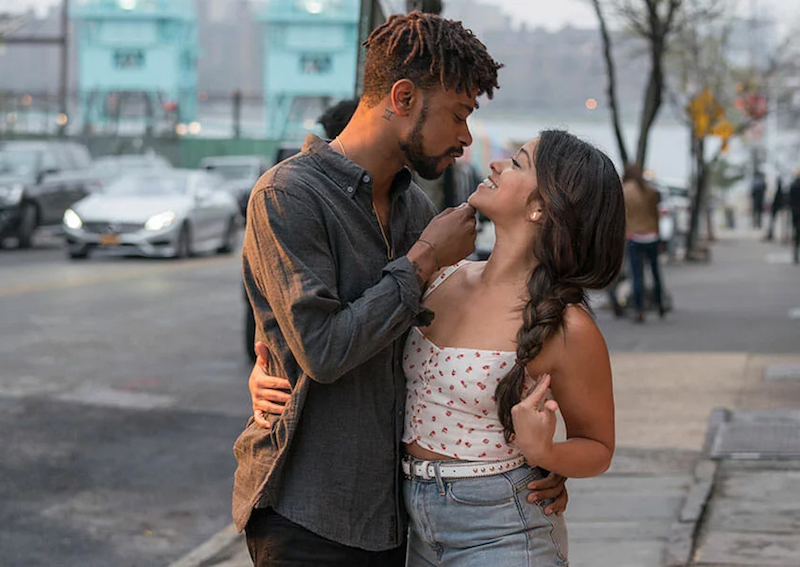 Raise your hand if you’ve ever been dumped. I see a lot of hands in this imaginary audience. (Including mine!)

Going through a break-up (especially when you still have feelings for that person) can be an incredibly difficult and heartbreaking process to go through. One minute, you talk all day; then, you’re wondering who you’re supposed to text about the break-up when they’re the only person you want to talk to about it. There are a lot of emotions we feel when going through this, from anger and resentment to heartbreak and sadness — sometimes even denial. All of this is normal, but it can be tough to understand just how you’ll get through it at the beginning.

I’m a big fan of Gina Rodriguez, so when Someone Great popped up on my Netflix, I figured I’d give it a go. To be honest, I wasn’t super excited and assumed it would be just another Netflix rom-com. (Not that I don’t love those — To All the Boys 2 is high on my anticipated movies list!)

I was very incorrect. If there’s any movie to be excited about this year, it’s this one.

This isn’t your typical break-up movie. Gina’s character, Jenny, is a music journalist who recently got a job at Rolling Stone which is relocating her from New York City to San Fransisco. The first scene of the film is her so relatable: crying on the subway platform with a stranger because we learn her (now ex) boyfriend Nate dumped her. The film focuses on the full day after the break-up as Jenny recruits her best friends (played by Brittany Snow and DeWanda Wise) to help her enjoy one last day in NYC and distract her from her heartbreak.

Now, if you want to watch the movie, you can end reading here knowing that I loved it. I found solace in Jenny’s experience and felt emotionally connected and inspired by her strong female friendships. This film reminded me of the power that our friends can have in re-centering us after hard times. I’m so excited to watch it again with all of my closest gal pals, and I’ll make it a required film for any of my close friends who go through a break-up themselves. So, now I’ll get into things that might spoil the movie a little bit. You’ve been warned!

This film reminded me of the power that our friends can have in re-centering us after hard times.

Someone Great so adequately represents the feelings just after a break-up, but it also offers solutions and hope for anyone going through the process. One of my favorite lines from the movie was at the end. Jenny goes to Washington Square Park to finally reconcile the break-up and write it out. Her friends finally arrive to be at her side, and she says she starts to realize that their relationship is over for more than her move across the country. She tells them she’s starting to learn that she has a lot to focus on now, saying: “It’s not our journey anymore. It’s mine.” I paused the movie as soon as Jenny said this and had to write it down. After a long-term relationship ends, many of us can wonder who we are and how we’ll go on without this other person by our side. Jenny feels like this throughout much of the movie, but in the end, she starts to come to terms with their ending relationship. 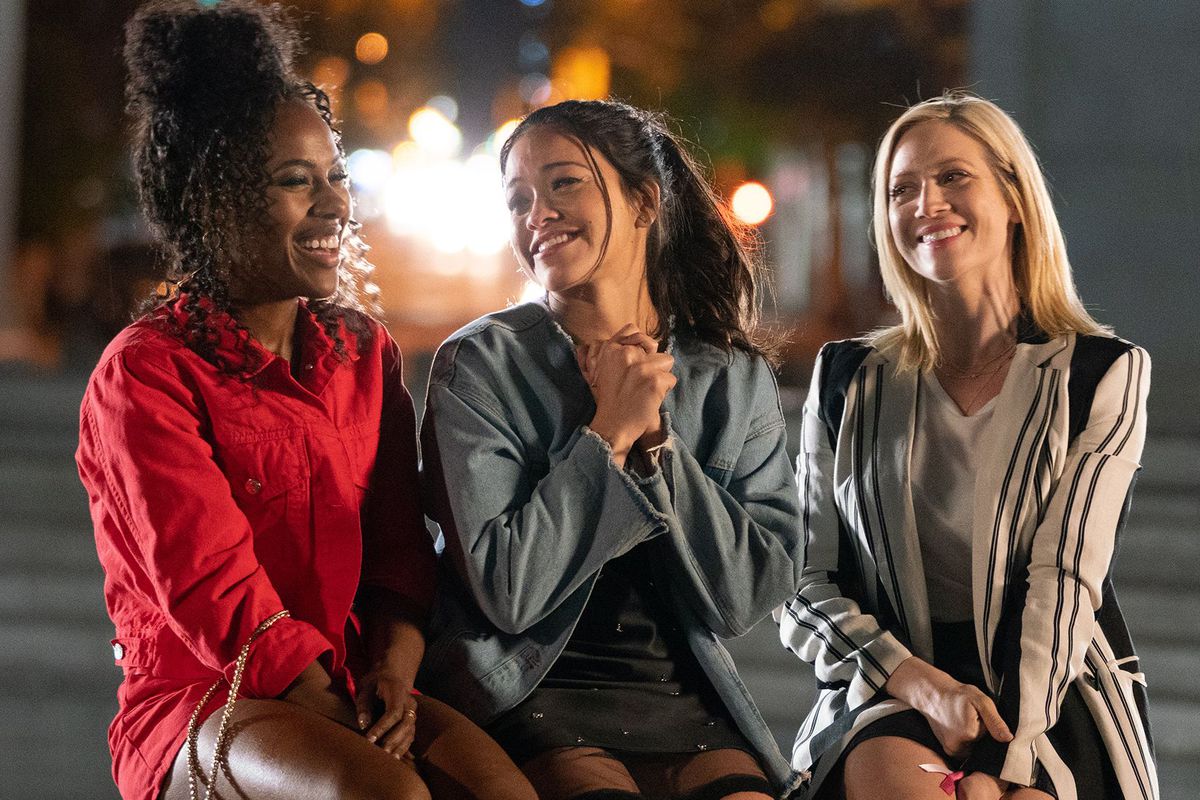 The most effective parts of the film are the flashbacks. At various points in the movie, Jenny will notice something (a song, a Diet Coke bottle, the outside of a bodega) that reminds her of her 9-year relationship with Nate. The film flashes back to those particular moments in time, basically telling their love story alongside Jenny’s attempt to reconcile the break-up. This made the film feel so raw. I could feel Jenny’s heartbreak every time she thought about Nate. When you’re trying to forget about someone and move on, it seems like little parts of them are sprinkled everywhere throughout your life. It feels impossible to live your life as normal without that person, because you can’t remember a “normal” that didn’t involve them.

One aspect of the film that I wish had been done better was how quickly it seemed Jenny was able to move into the sadness stage of her break-up. When Erin and Blair come to Washington Square Park, she is honest that she’s just really sad. It can take days (or weeks and months!) for people to get out of the “if I just talk to him, he’ll realize!” stage. While I understand they did this for cinematic purposes, I hope those watching the film know that it’s OK to take a while to heal.

While the movie focuses on Jenny’s breakup, it’s equally as much a story about strong female friendships and why they’re so important in our 20s. I found myself feeling like I was the fourth friend to Jenny, Blair, and Erin. The three are there for each other throughout the entirety of the film. Even when they fight, they understand and listen to each other. The women in Someone Great are a model for what friendships are supposed to look like: supportive until the end, constantly holding each other accountable, and fun (of course!).

While the movie focuses on Jenny’s breakup, it’s equally as much a story about strong female friendships and why they’re so important in our 20s.

I have a lot of favorite scenes (I cannot wait to watch this movie again and again), and one of them was when Jenny and Erin are singing in the kitchen together. First of all, as a Lizzo fan, I was so excited to see her music in the film. (The song is called Truth Hurts, and it’s a single girl’s dream. I’ll also take this moment to nod at the amazing soundtrack to this film!) What I loved most about this scene was how relatable it was. We’ve all been there — singing and dancing (possibly in our underwear) with our best friends in the kitchen. Again, this added to the feeling that I was right there with these women, joining along for the ride.

Oh, and I can’t forget about the screenplay. This movie had me cracking up from beginning to end. Every character had their own distinct personality and the writer (Jennifer Kaytin Robinson, who also directed the film!) helped us pick out their quirks and senses of humor almost immediately. There are a whole lotta f-bombs in this one though, so maybe don’t watch it around the children!

Someone Great had me crying, laughing, dancing, cheering (I’m here for the Matt and Blair relationship!), and crying again. (I cry a lot — no, there is no Cancer in my chart, unfortunately.) I would recommend this film to anyone. Regardless of whether you like romantic comedies or not, you’re male or female, your age, occupation, sexual orientation,  etc., there’s something in this movie for you.