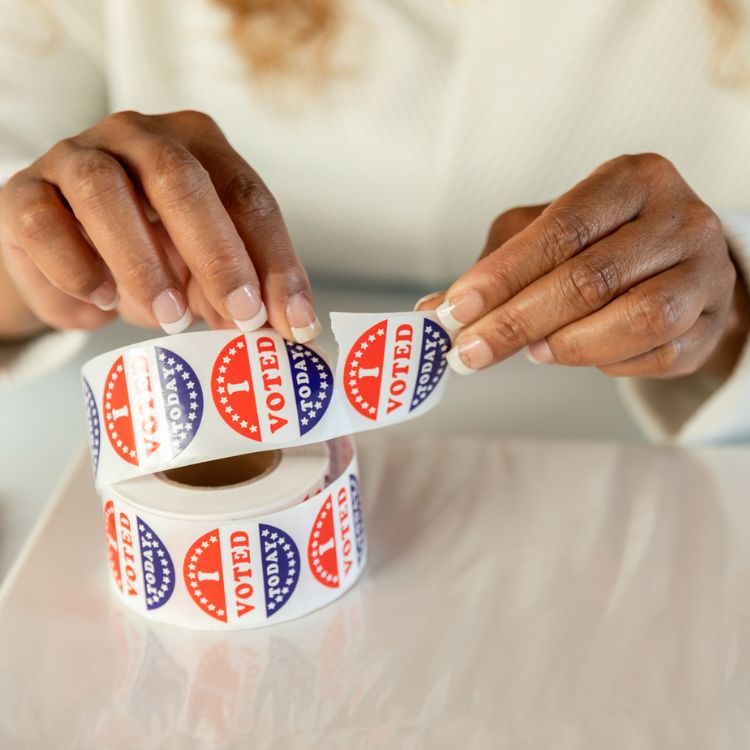 The first half of 2022 has been one for the books. From committee hearings on the Jan. 6 Capitol takeover to multiple mass shootings to banning LGBTQ+ discussions in schools to the overturn of Roe v. Wade to rising inflation to uncertain international conflict (need I go on?), the political climate has been volatile and asphyxiating lately. The next few months will likely be even more tumultuous as the November midterm elections inch closer. Presidential elections get the most hype, and understandably so since that’s when we decide who will lead the entire country for the next four years. But it’s the midterm general elections that really impact our communities and day-to-day lives because our senators, state representatives, and local politicians are the ones who actually have the policy power. With midterms just under four months away, now is the time to get your civic duty ducks in a row and prepare for a strong turnout on Nov. 8. 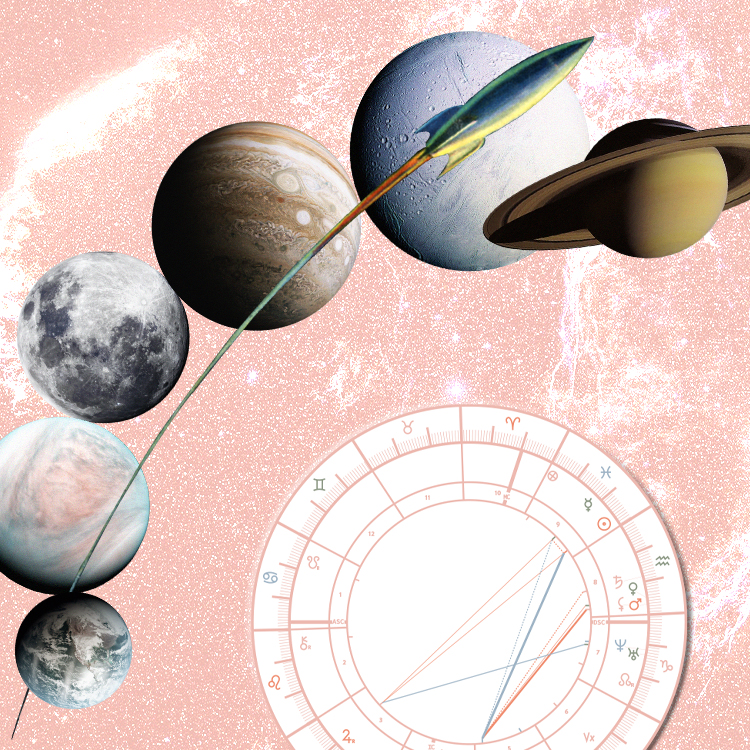 Why Should I Even Care Anymore?

Let’s face it—longstanding rights, safeties, and foundations at the core of American society are now gone. It’s disheartening, infuriating, anxiety-inducing, and demoralizing. Many people don’t see the point of voting or being civically involved anymore because the feelings of defeat are so strong. While it’s completely understandable, it’s not sustainable. We’re not in a position to cross our arms and pout while our liberties continue being stripped from us. I often think about a quote from the brilliant author and historian Zora Neale Hurston: “If you are silent about your pain, they will kill you and say you enjoyed it.” The majority of us are definitely NOT enjoying what seems like America’s slow death, so silence and idle bystanding cannot be options. Even though it doesn’t seem like it, our voices are the loudest when we stay informed, think critically, and show up at the polls.

If our voices didn’t matter, there wouldn’t be such a concerted effort to suppress votes, draw discriminatory Congressional district lines, and discourage voter turnout. By not staying informed, we allow intolerance to prevail. By not thinking critically, we allow falsity to proceed as fact. By not voting, we become complicit in our own demise. I don’t know about you, but I’m not satisfied with living in a society fueled by intolerance, lies, and destruction. You either? Good. Let’s gear up.

First things first, make sure you are registered to vote. This sounds like a no-brainer, but so many people get caught off guard on election day when they realize they forgot to register or their registration has been purged. Registration purging is when local jurisdictions remove names from the list of registered voters, usually to account for people who have moved or died. Not so coincidentally, registration purges have been on an uptick lately, particularly in states experiencing increased voter suppression.

If you’ve moved recently or if it’s been a while since you last voted, take a few minutes to verify that your registration is still active. If you’re registering to vote for the first time or re-registering after a voting hiatus, double-check your state’s voter registration deadline and submit your info by that date. 21 states and Washington, D.C. offer same-day voter registration, meaning you can register to vote while at the polls on Election Day. Convenient, yes, but it could potentially open the door for unexpected snafus, so try to get your registration squared away before Nov. 8 if you can.

Confirm Your Voting Method and Plan

The next step that naturally flows from registering to vote is actually voting. Again, sounds simple enough, and most times it is, especially when you have a voting plan. So, you know that Election Day is Nov. 8, but what’s your plan for that day? Do you know how you’re getting to the polls? Are you voting in person or will you need to cast an absentee ballot? What forms of ID do you need to bring with you? Does your community offer early voting? Where is your poll location and what are the voting hours? Will you bring your kids or will they be at home or school? These are all questions that you should get answered relatively soon.

Election day is on a Tuesday, so you’ll likely be fitting voting into your work day. Some states require that employers allow employees time off to vote on Election Day, but if your state isn’t one of them, this is where early voting and knowing your poll location hours will be crucial. With COVID-19 variants continuing to pop up, you might want to consider absentee voting so that you can avoid long lines of people in confined spaces. Double check your state’s absentee policies because there can be restrictions on absentee voting, and there are usually deadlines to apply for and mail in an absentee ballot.

Okay, you’ve registered to vote and you’ve got your voting plan in place—who are you voting for? Once you get your ballot, the list of candidates and available seats might feel endless. This is where staying informed saves you time and energy! Take some time between now and November to research which seats are open, who’s running, and what platforms the candidates are running on.

You’re probably already seeing candidates’ TV and social media ads, but there’s only so much that those ads can tell you about the candidates’ backgrounds and stances on issues. Some people prefer a party-line voting style where they vote for each candidate who’s affiliated with a particular political party. Other people cast votes based on individual platforms irrespective of party affiliation. The issues and platforms matter and a candidate’s individual platform might not always line up with their party’s associated platforms. There’s no right or wrong way to vote as long as you’re not voting blindly. Do your due diligence in making your vote count by making informed voting decisions.

Learn more about who will be on your November ballot.

Determine Your Level of Participation

Civic engagement goes beyond casting a vote, it also includes supporting causes and candidates that align with your political views to help ensure that they make it into office. Political support isn’t a one-size-fits-all strategy, so you have to determine which activities you’re comfortable with in showing your support. It goes without saying that the support candidates need most is typically financial. I know, times are hard, inflation is real, and some candidates have been using recent tragedies as a reason to bolster campaign funds. While it can seem disingenuous and opportunistic, the reality is campaigns are expensive.

Some candidates are backed by major corporations, wealthy contributors, and pocket-strong political action committees (PACs) with million-dollar budgets. Other candidates truly rely on the goodwill of everyday, private donors to fund campaign teams, research, commercials and advertising, travel, data collection, and other numerous campaign expenses. I’m not saying throw all your disposable income at candidates, I’m simply suggesting that you use your judgment to decide which candidates deserve your dollars.

If financial support isn’t an option for you right now, go to candidates’ websites to find out other ways to get involved. Many campaigns appreciate volunteers who canvass door-to-door, host campaign parties, or make calls to voters. If you’re short on time, reposting info on social media or putting a sign in your yard are free, time-conscious options.

Much to Lose, Much to Gain

This year’s midterms will result in critical outcomes for key social and political issues. At this point, everything is on the line. All 435 seats in the House of Representatives and 35 of the 100 Senate seats are up for grabs, the slight Democratic majority in Congress is at stake, and the true effects of recent state redistricting will be made clear. This November, we’re presented with an opportunity to either gain a lot or lose a lot. And while winning is not completely up to us (ahem, step it up, Dems), we do play an integral role in setting our country up for success by showing up to the polls armed with facts, faith, and fight—nonviolent, of course.

Since the overturn of Roe v. Wade, the Supreme Court and right-wing politicians have made it abundantly clear that their crusade against equality and fundamental freedoms is far from over. Even with a slight conservative majority after the midterms, the rights that we’re still clinging to could be quickly swept away. On the opposite side of the coin, a stronger liberal majority would give Congress what it needs to bypass filibustering and other dogged tactics being used to stonewall equitable progress in America. The point is that this is a make-or-break election.

Yes, you’re demoralized. Yes, the system is broken. Yes, there is very loud, very wrong opposition steaming full speed ahead. My question to you: So what? Our livelihood and the livelihood of generations to come depend on what we do in these moments. Show up scared. Show up angry. Show up defeated. Show up reluctant. Just show up.