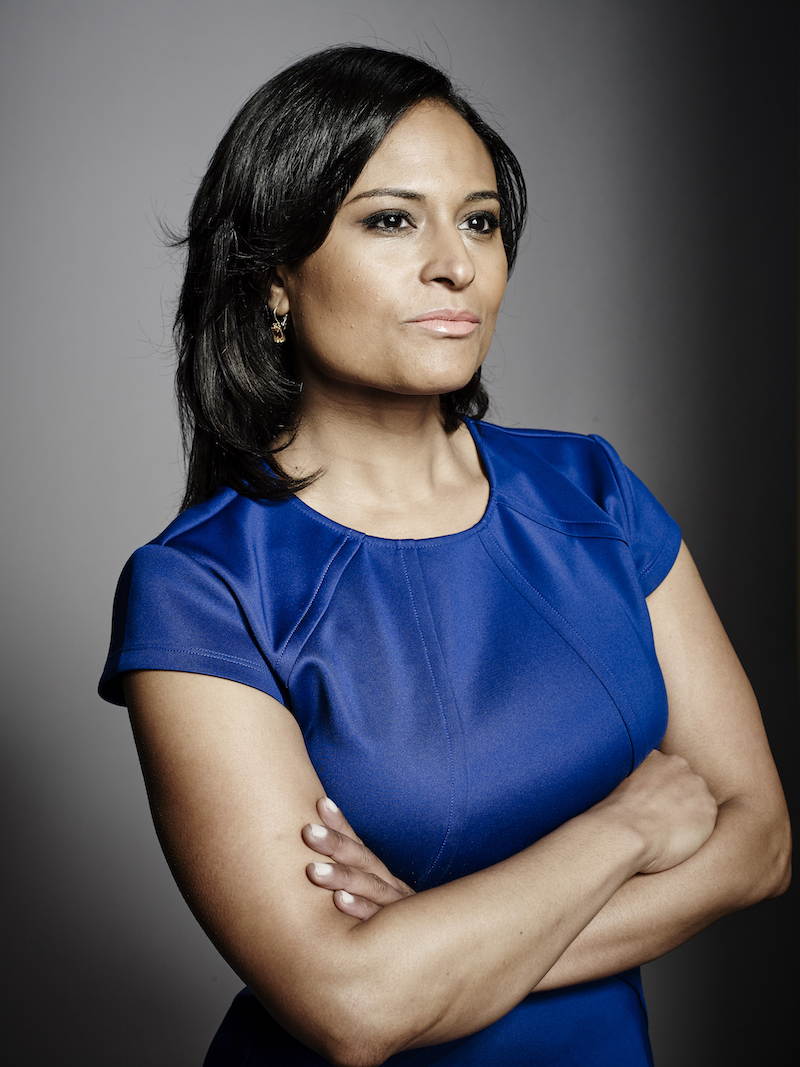 Put your head down and do the work.

That’s the closest thing to a secret for success NBC Journalist Kristen Welker has to offer. For Kristen, the path from newbie journalist to White House Correspondent for a major news network was paved with hours upon hours of the old-fashioned, unglamorous, blood-sweat-and-tears sort of work — and a hyper-focused, eye-on-the-prize mentality.

Journalism was always a clear choice for Kristen, who wrote for her school paper in high school and, while attending Harvard University (NBD), the Harvard Crimson. After graduating, she took an entry-level producer job in Manhattan, producing news feeds for CBS-affiliate stations to use in their stories. The hours were long and unforgiving, but she didn’t let up.

Kristen says that tenacity — that willingness to commute into work before the sun rises and leave long after it sets — helped her survive and excel in the hyper-competitive field of Journalism that, in recent years, has not been without its setbacks. 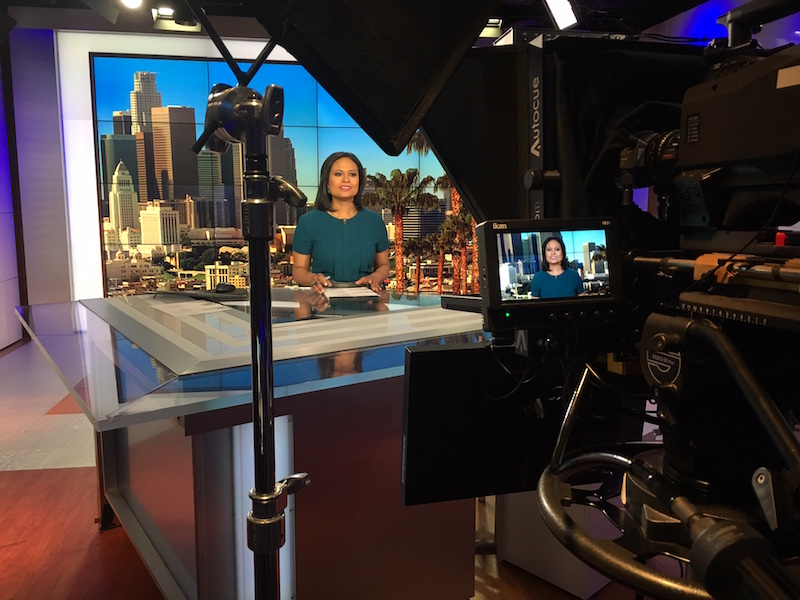 What was your first “grown-up” job, and what was a major skill or learning experience you took from it?

My first “grown-up” job was producing news feeds for CBS Newspath. I learned a number of skills at that first job – including how to write news copy. I also developed editorial judgment and realized that to be successful in the news business, you have to put in the work, which often comes with long hours. My shift was 3 pm to 11 pm. I worked in Manhattan and lived in Brooklyn which meant I usually got home at about 12:30 am. Ultimately, those skills and work ethic helped lay the groundwork for my opportunity to become a White House correspondent.

What significant events (if any) brought you from that job to where you are now?

While there are a number of significant events that helped me get to the White House, the story that may have contributed most to my current position was covering the 2008 presidential campaign as a local reporter for the NBC affiliate in Philadelphia. During the campaign, I interviewed then-Senators Barack Obama (D-Ill.), Hillary Clinton (D-N.Y.) and John McCain (R-Ariz.). As a purple state, there is always a large focus on Pennsylvania, and particularly so during that dynamic campaign year. These interviews allowed me to share and showcase my work to the network which helped propel me to my current position. Moreover, the experience helped me to learn how to interview politicians at the national level. 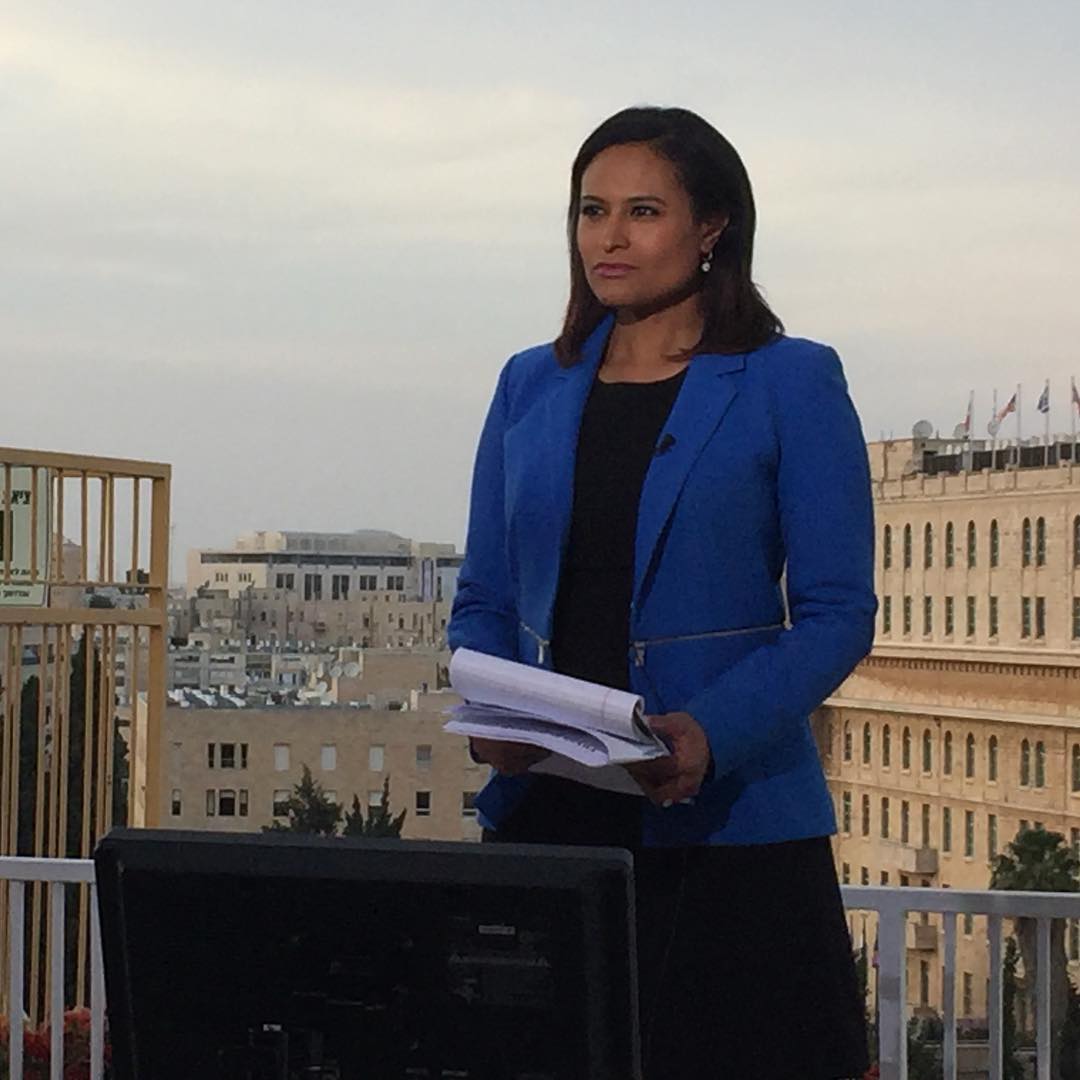 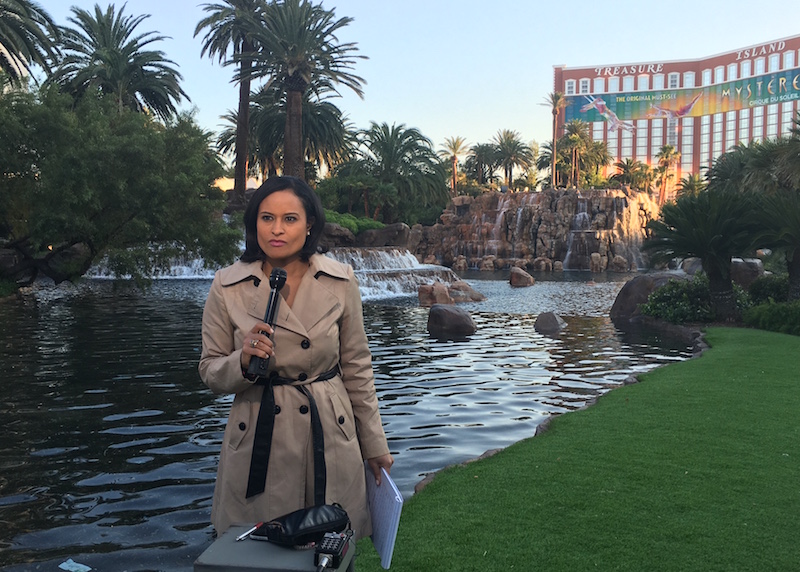 What led you to pursue journalism as a career path, and television journalism specifically?

I grew up watching respected broadcast journalists (from Andrea Mitchell to Barbara Walters and Oprah Winfrey) and, for as long as I can remember, I knew that was what I wanted to do, too. I started writing for my school newspaper in high school and was deeply interested in politics growing up. I also love public speaking, so it was a natural fit. My parents instilled in me the importance of contributing to my community. I see journalism as a way to contribute to our democratic process and as a way to hold those in power accountable to the people. I can think of no better way to give back.

What advice would you give to young women pursuing journalism?

My advice to young women pursuing a career in journalism is to be prepared and be confident. I think it is important for any aspiring journalist to start preparing early, including writing for a school newspaper and getting an internship in a newsroom, if possible. I wrote for both my high school and college newspapers, landing my first internship with “TODAY” when I was a junior in college.  Those early opportunities helped me learn some of the fundamentals of journalism. I bring that same level of preparation to the White House every day: I get in early, I read as much as possible, and I call multiple sources every day. It is also important to be confident in yourself. Journalism is a competitive industry, but if you work hard and stay determined, you can overcome any challenge. 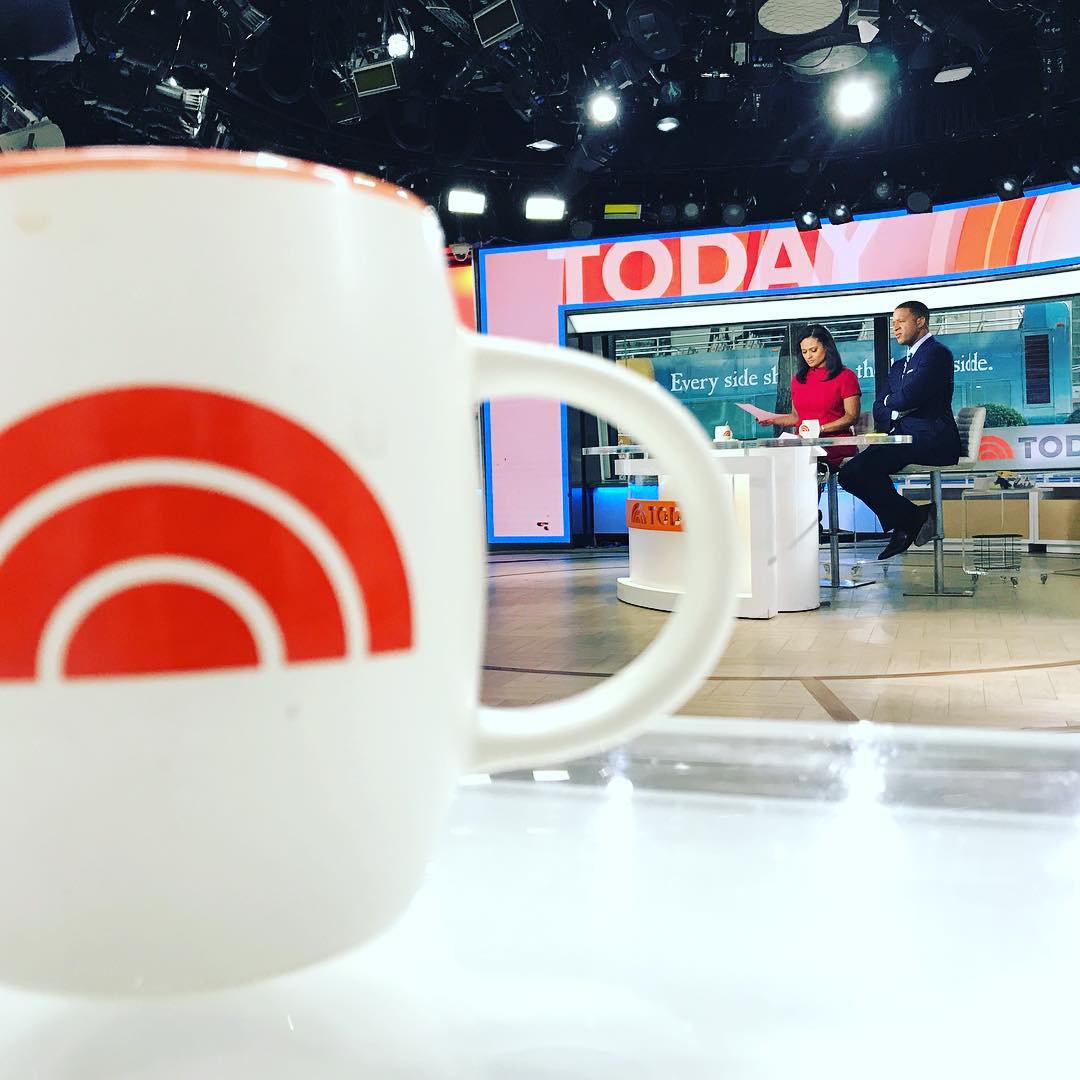 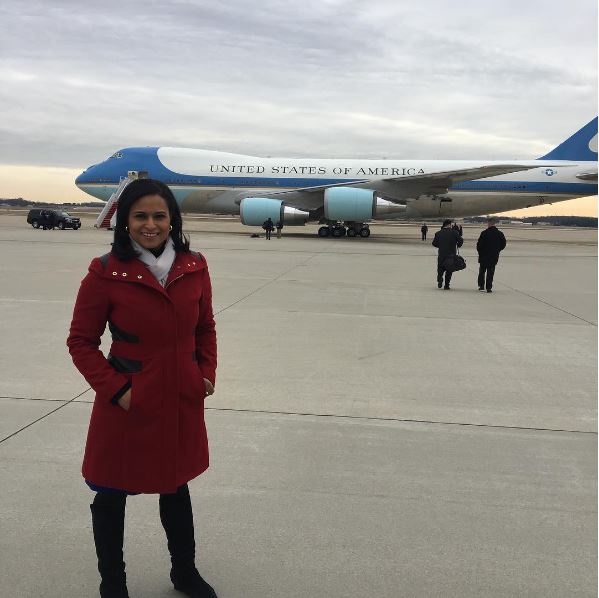 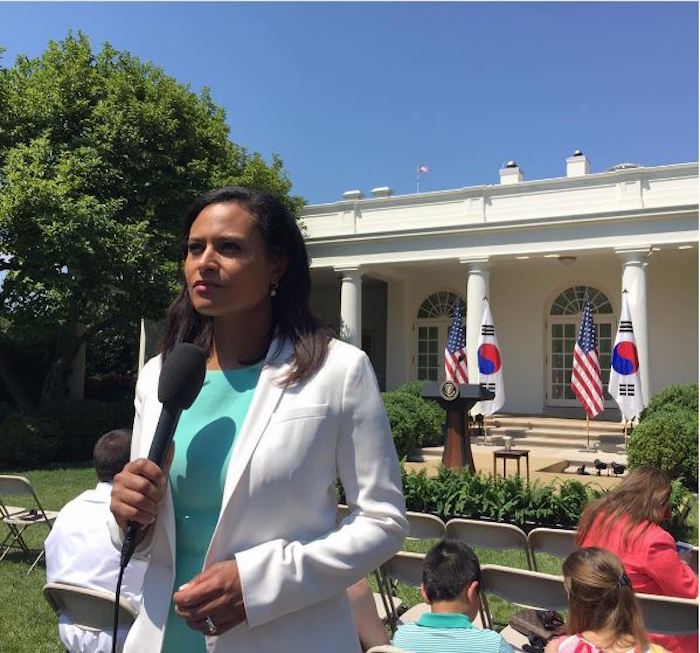 What is the most challenging element of reporting from the White House?

The most challenging thing about being a White House correspondent is working grueling hours and sometimes having adversarial interactions. Whether covering the Obama or Trump administrations, it’s our job to challenge the people who work there, including and especially the president. That can sometimes create heated exchanges. The hours are also challenging. The day usually starts at 5 am and I am often working on scripts until 11 pm or midnight. I love the work and am incredibly passionate about what I do, but I always try to find time to unplug during the weekends.

This is a challenging time to be a journalist given that the president targets and sharply criticizes the media. It is important for journalists to get back to the basics, to triple and quadruple check their facts because there is no room for error. We need to stay focused on reporting, which includes holding the president — and all elected officials — accountable for their words and actions. There is no doubt there can be adversarial exchanges between the press and any administration. The best way to deal with this is to be armed with the facts, whether preparing for the daily briefing with Sarah Huckabee Sanders or a news conference with President Trump.

As for being a woman, some parts of Washington, D.C. still feel like an “old boys club.”  That dynamic can be challenging and intimidating. It has taken me a while to learn how to assert myself when I am often only one of a few women in the room. But I have pushed myself to be more outspoken and aggressive. Still, in the seven years I’ve covered the White House, I have seen an increase in the number of female journalists.  In fact, eight of ten members of our NBC News White House team are women.  It is also important to note that there has been incredible progress by women in journalism over the years.  For example, women like Andrea Mitchell and Judy Woodruff paved the way for my generation of journalists and dealt with challenges that far exceeded anything this generation can imagine. 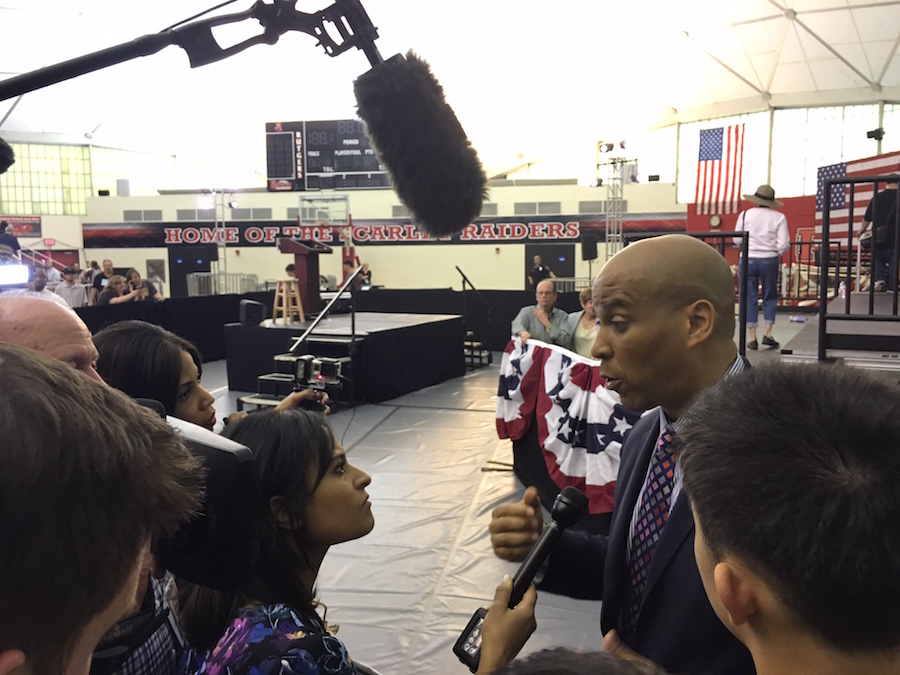 How has your job changed from the end of the Obama administration to now?

One of the biggest changes since the Obama administration is the news cycle has gotten much faster. Under the Obama administration, we often focused on one or two stories every day.  Now it is not unusual to cover five or six! The increase in volume is largely because the president often changes subjects very quickly, and because the Russia probe has essentially created an entirely new beat in addition to covering the White House.  The president has added to the unpredictability through his tweets. We are often updating our reports in real time because the president tweets right before our shows start.

There is no doubt that in the era of a president who has coined the term “fake news,” journalists feel an immense pressure to get every word right. NBC News has a robust system of checks and balances to make sure our sourcing is triple checked and cross-referenced and to make sure nothing falls through the cracks. The news-cycle is also faster than it’s ever been, in part because social media platforms continue to expand. The president’s tweets add to all of that. We consider tweets to be official presidential statements, which means we are often updating our news copy while we are on-air and in real time. 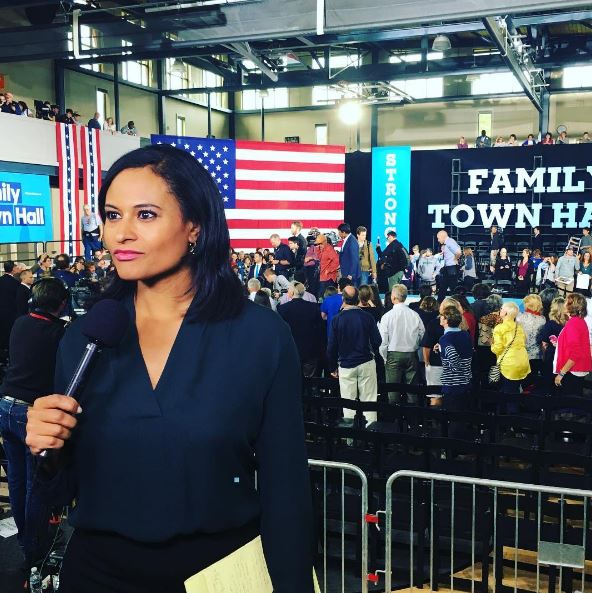 If you could distill one quality or attribute as the thing that led to your success, what would it be?

Determination. When I have had professional setbacks (which everyone does at one point or another) I have pushed through them by continuing to work hard and stay focused. I think those qualities are the root of determination, and what helped me succeed.

What are the three most important things to you in life, and how do you prioritize those things?

The three most important things in my life are family, work, and me-time. Family is the most important thing in life. I am incredibly passionate about my work, and I try to put as much energy into it is possible. It’s important for everyone to have me-time, whether that means exercising or getting a manicure, those are the moments that help you to recharge and move forward. Family always comes first – and beyond that – everything gets split up equally. 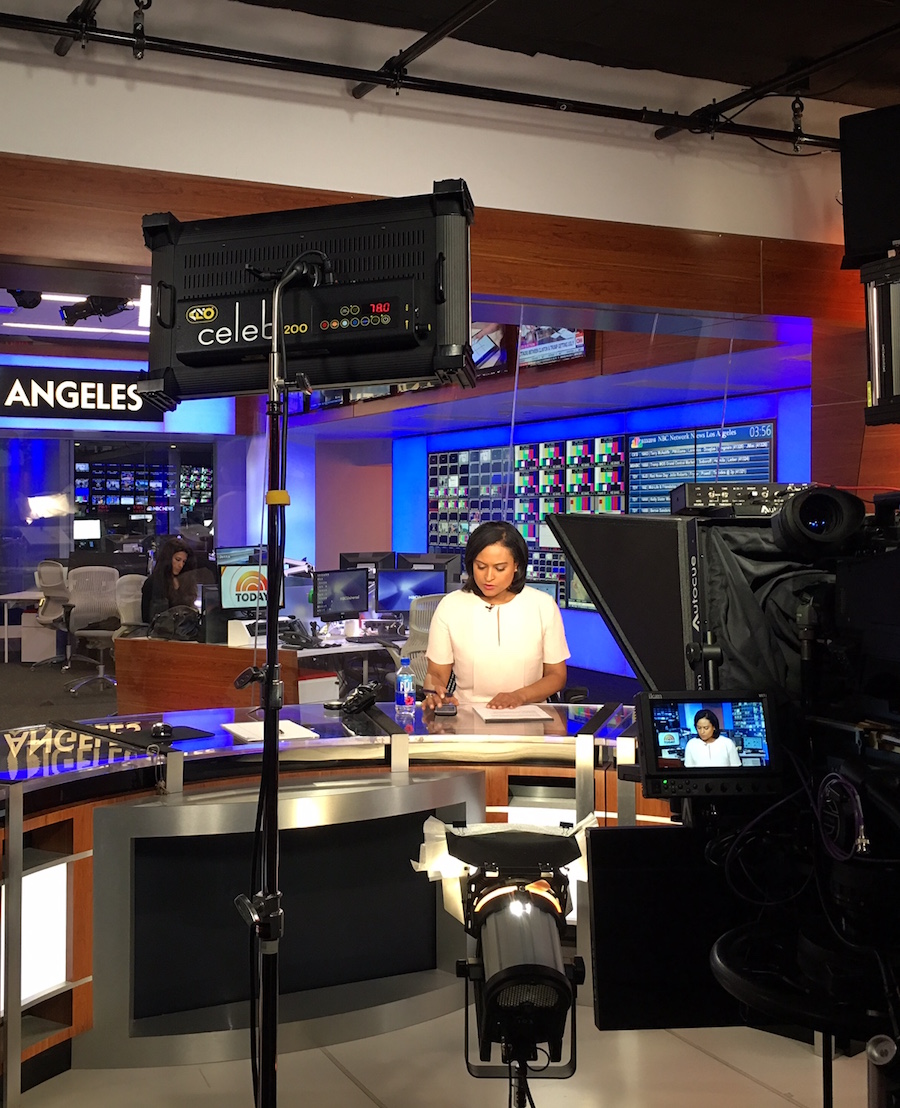 Whenever you have an ounce of free time, what’s the ideal way you want to spend it?

In my downtime I enjoy spending time with family and friends. My husband John and I love exploring D.C. We both studied history in college, and often spend our weekends visiting museums and all of the incredible historic sites in the area. We also enjoy exploring D.C.’s dynamic restaurant scene with friends.  We live in the “trendy” Shaw neighborhood where are a number of new restaurants and coffee shops at our doorstep. We love a good night at home as well, sometimes binge-watching TV shows together.

My advice to my 23-year-old self: believe in yourself. If you work hard, you will achieve all of your goals. I would tell 23-year-olds to always be prepared and always have self-confidence. 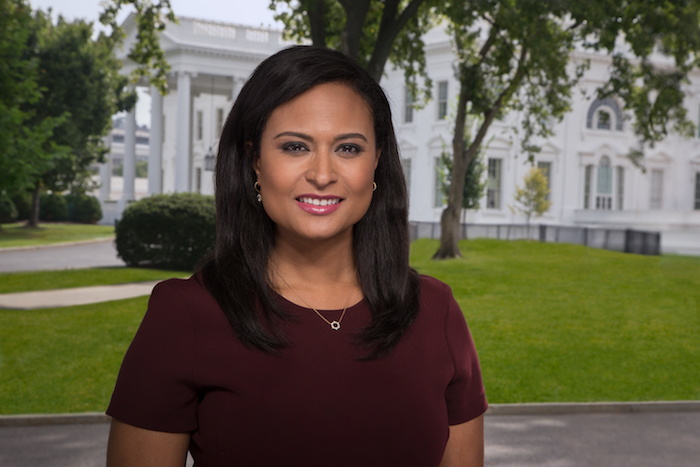 Kristen Welker is The Everygirl…

Your iphone camera roll is full of…
My photo is filled with pictures from work events (including presidential press conferences) and most importantly – family and friends. I recently attended the White House Correspondents dinner so there are a number of pictures from the actual dinner and snaps of me and my colleagues in our black-tie wear.

If you could have lunch with one woman, who would it be and why?
I would love to have dinner with two women — my late grandmothers. They were both strong, proud and independent women who inspired me. Neither got to see me get married or fulfill my dream of becoming a White House correspondent. I miss them terribly and would love to talk to them about my life now.