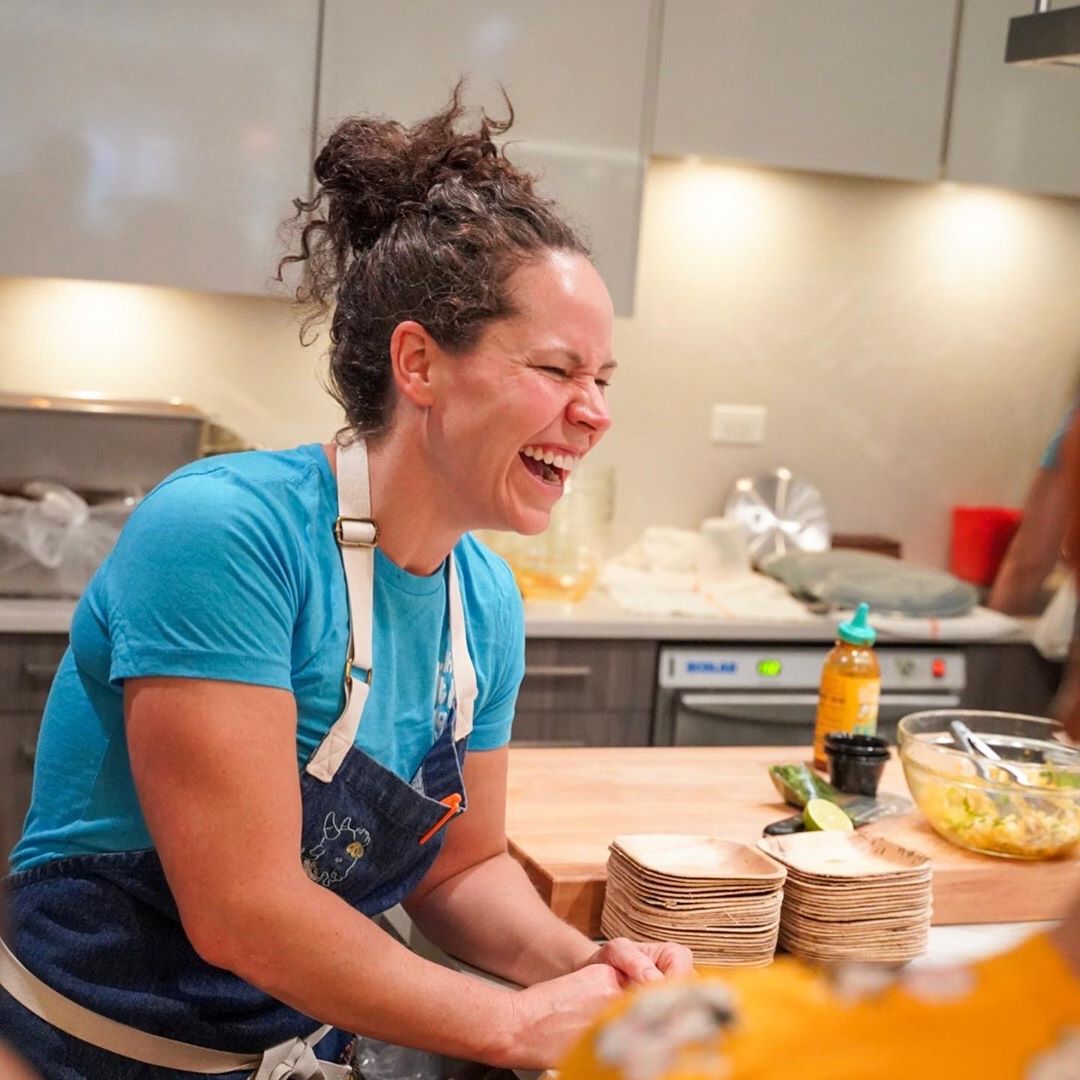 Chef Stephanie Izard has been famous far beyond Chicago since her (winning) turn on Top Chef back in 2008, but she’s maybe especially known here in the city, where she’s opened a collection of goat-related restaurants and a catering company, and launched a product line. She’s also written a few books. She now has four restaurants with Chicago’s Boka Restaurant Group (all near The Everygirl offices — how lucky are we?), including Girl & the Goat, Little Goat, Duck Duck Goat, and Cabra.

Though she’s now a very successful chef and restaurateur, that wasn’t necessarily always the plan. Izard’s first job was in her father’s hardware store, where she was charged with pricing, working at the register, and gift-wrapping when people came in in search of the perfect gift. Later she went off to school at the University of Michigan, but even at that point, she wasn’t planning to become a chef. She had no idea that a food-related career was in the cards for her.

“I mean, it might have been without my knowing,” Izard explained. “My mom was a great cook and I always loved it. I just had no idea it was really a career path!”

She later attended culinary school and opened her first restaurant — Scylla (located in the Bucktown neighborhood of Chicago) — before her time on Top Chef, in 2004. It was a fish and shellfish restaurant, which, as Chicago Tribune food critic Phil Vettel noted in his 2005 review, makes sense given the fact that the restaurant was named after a Greek myth related to the sea. 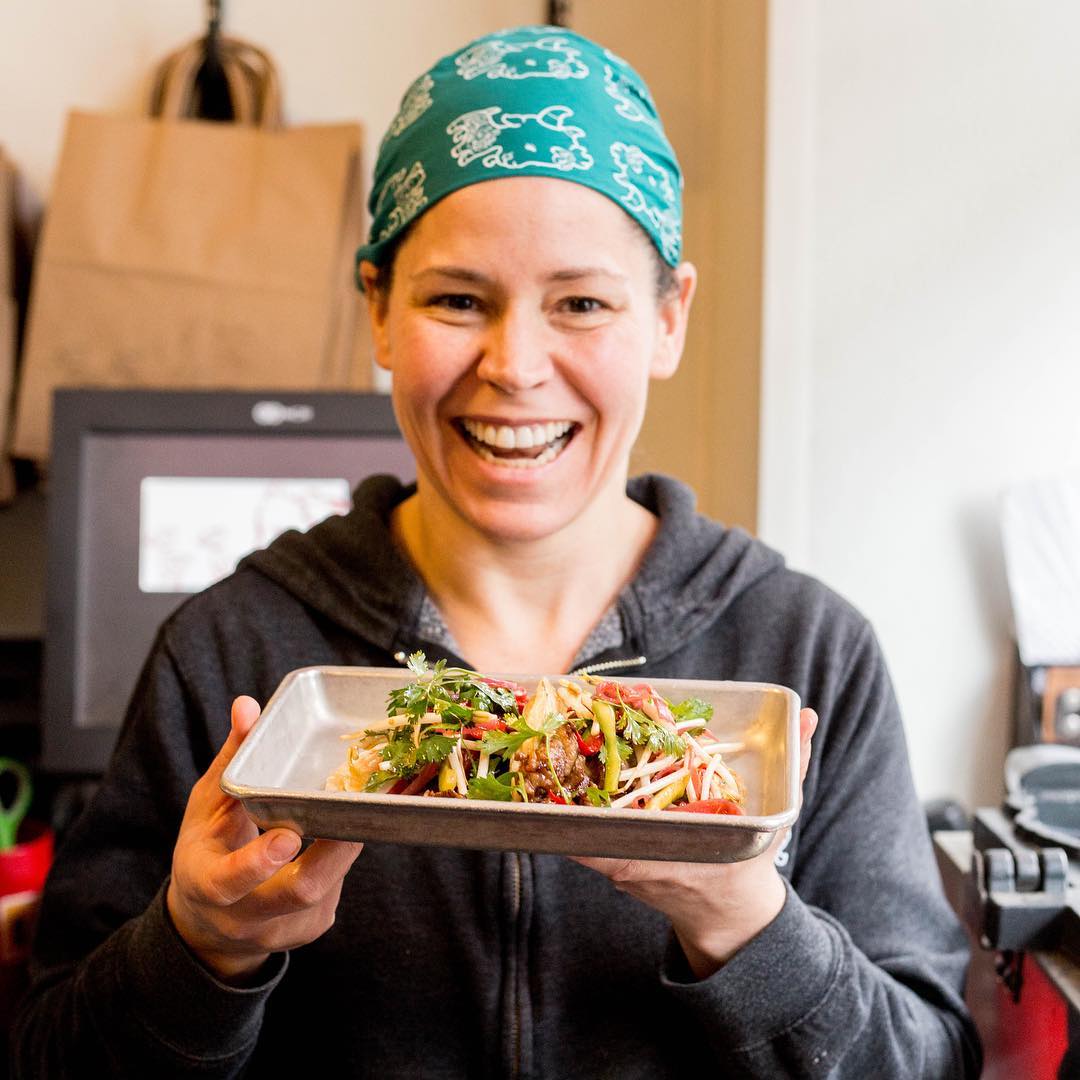 “I asked a lot of questions and just kind of went for it,” Izard said of the experience. “My family and friends helped along the way. My dad built the host stand, my sister handled the graphic design, and my friend built a beautiful bar. It was all hands on deck!”

Izard has just sold Scylla when Top Chef came calling, so she decided to go for it. “It was fun and crazy all at the same time,” she said.

Since then, her career has taken off even further. That’s right, within the past decade or so, Izard has opened not one, not two, but four restaurants. “It feels like it’s been a looooong time.. some days, and then super quick on others,” Izard said. “It’s fun during the good moments and just very hard at others. We have created an amazing family of goats though and that is what I am most proud of!”

My family and friends helped along the way. My dad built the host stand, my sister handled the graphic design, and my friend built a beautiful bar. It was all hands on deck!

How does she think up a new concept? “I wake up and think, oh that would be fun! (I’m not even kidding),” Izard explained.

She also recently announced a partnership with grocery delivery service Peapod to launch This Little Goat meal kits, as the Chicago Tribune reported. That means it’ll be easier than ever to channel your inner Top Chef at home.

Through all of this success, there have also, of course, been challenges along the way. Izard said that her biggest one has always been “finding the right people.” “You have to get a strong team otherwise it just does not work,” she explained. “Then, building the proper infrastructure (which we are still working on!).”

Izard has experienced a number of moments that could be considered major career highlights over the past decade or so, but her favorite moments have been the ones that have allowed her to connect with fellow chefs. “Every new event I seem to meet another new inspiring chef friend,” Izard said.

It’s fun during the good moments and just very hard at others. We have created an amazing family of goats though and that is what I am most proud of!

Izard married husband Gary Valentine in 2013 (and had a Cheez-It cake, plus a feast from notable Chicago chefs, at her wedding reception, as per People). She gave birth to the couple’s son, Ernie, in 2016, as People reported. Naturally, cooking for a little one is a bit different than cooking in a restaurant kitchen for discerning customers.

“I still have no clue how to be a home cook/mom cook, but am trying,” Izard said. “Being a mother is the best part of my life and I just try each day to balance spending time with him and all of my other kids (get it… baby goats… kids).” 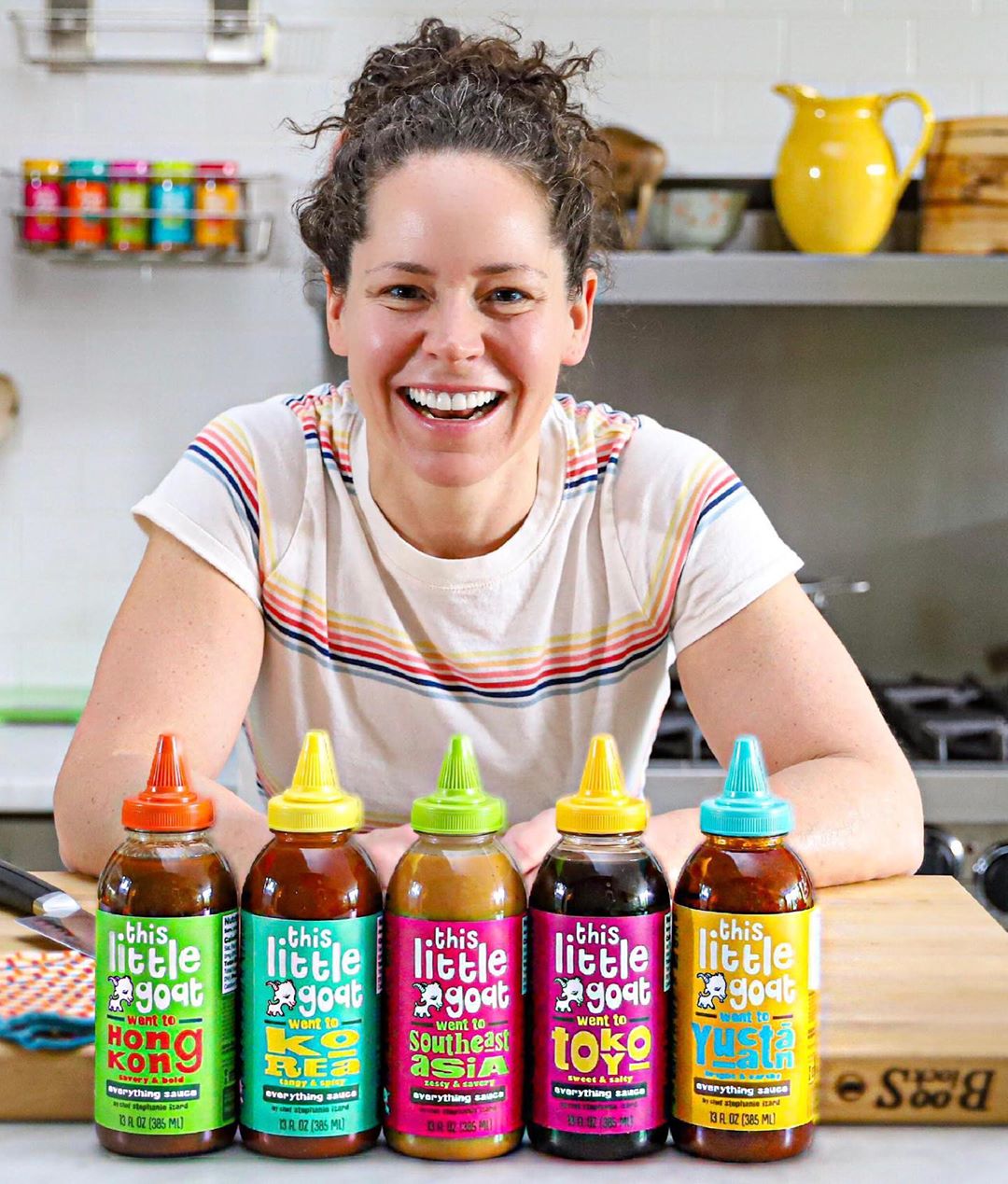 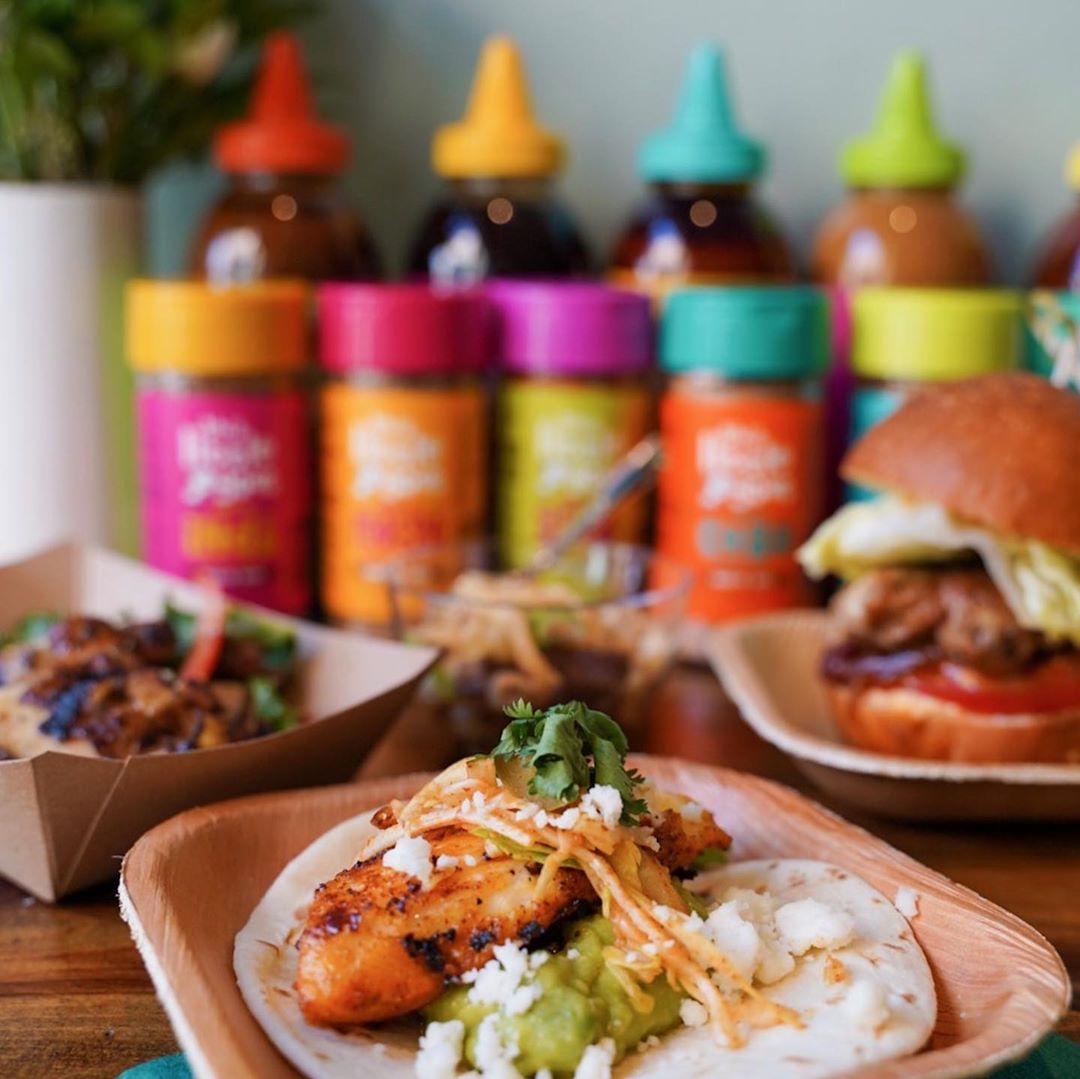 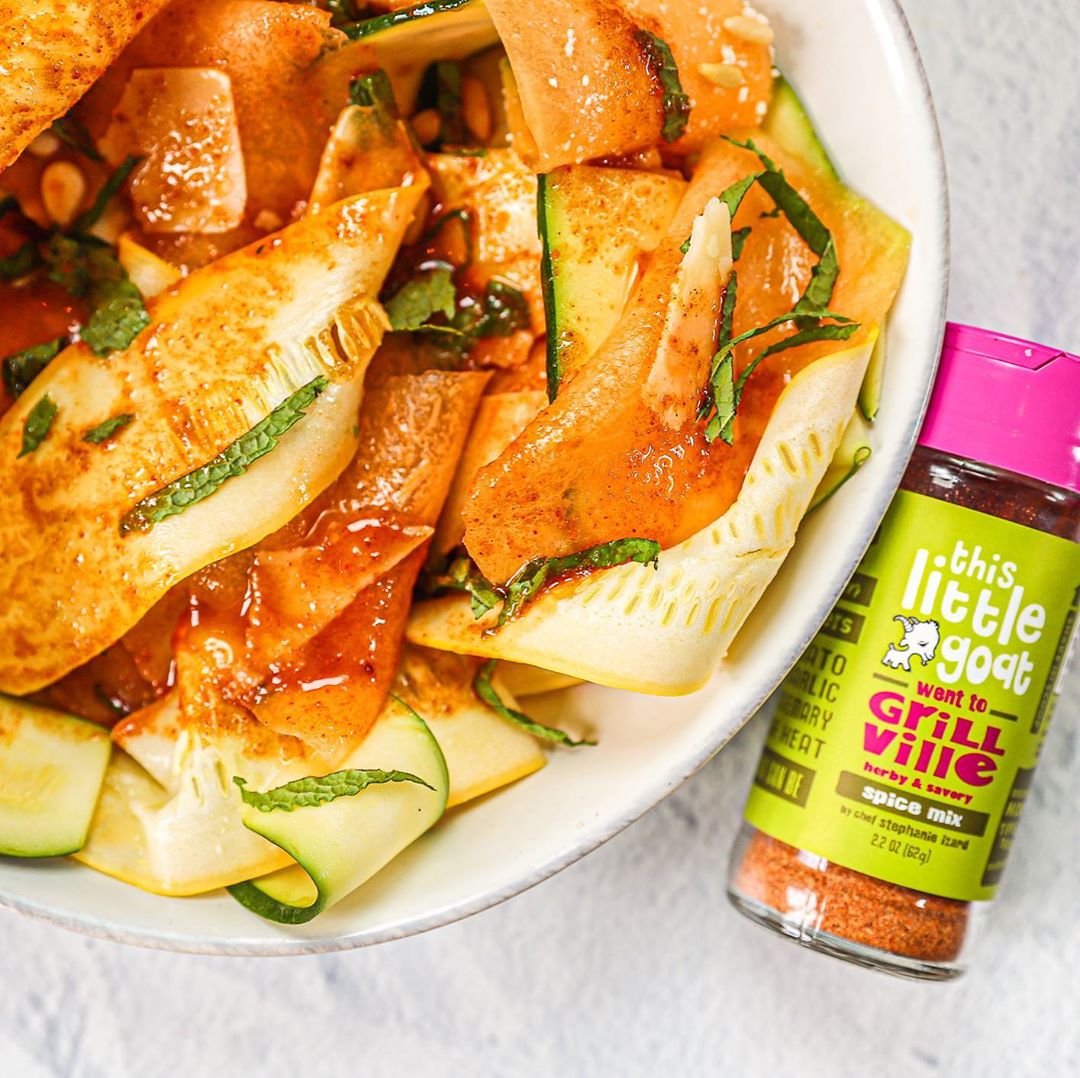 As you might have guessed, with a 3-year-old and four restaurants to run (in addition to all of her other projects and responsibilities — she’s opening a Girl & the Goat outpost in L.A. next spring or summer), no two days are the same for Izard. “I just run from goat to goat and try to keep my head on straight,” she said. But if they end ideally, they end with Izard and Ernie hanging out, eating graham crackers.

Izard once posted on Instagram that she thought she’d be ready to be done with Girl & the Goat after 10 years (the restaurant turned 9 over the summer), but that she thinks she’ll “keep on goat-ing for a few more.” She’s not done yet. 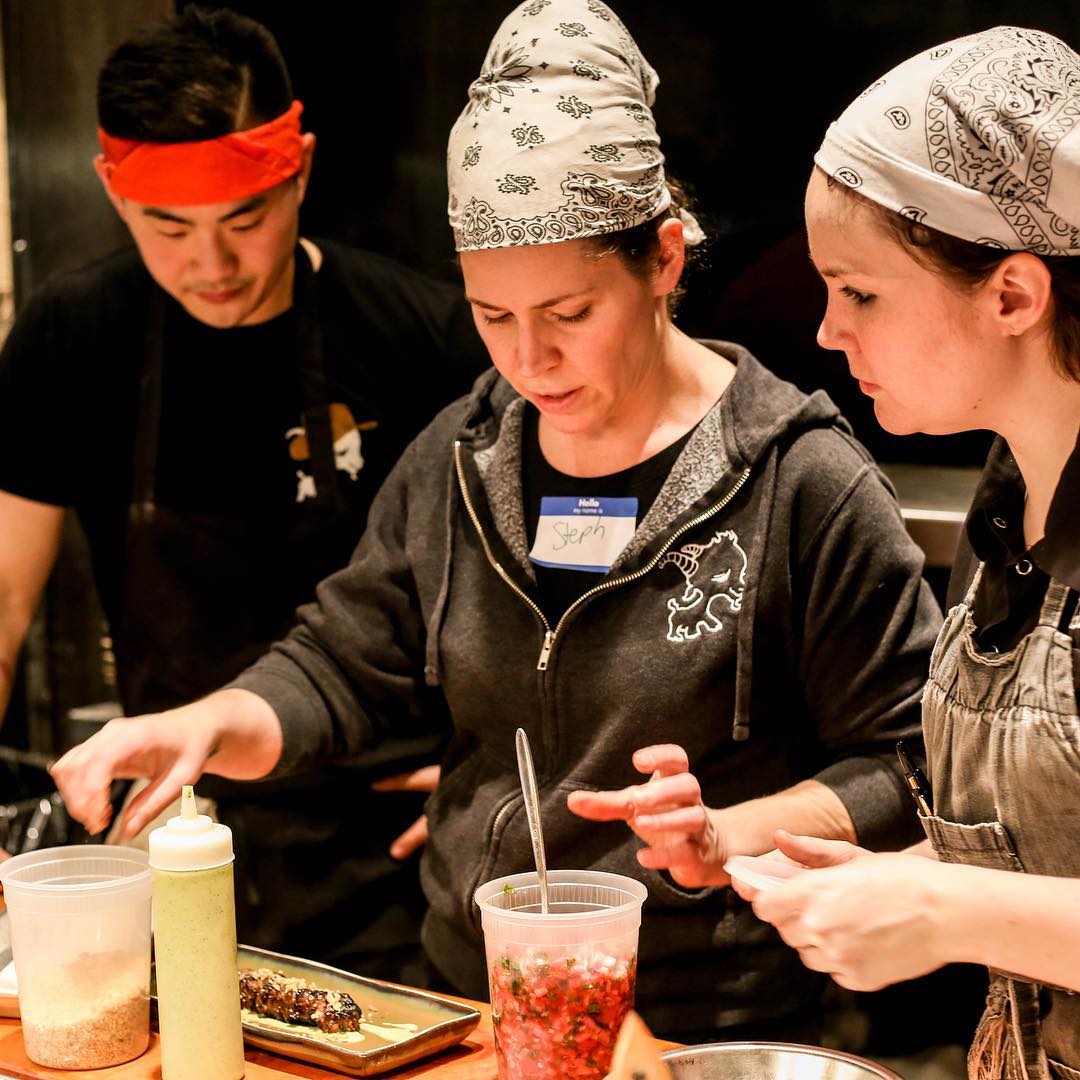 Stephanie Izard is The Everygirl…

Favorite restaurant in the city that isn’t one of yours: avec

Your ideal day off: Hanging with Ernie!