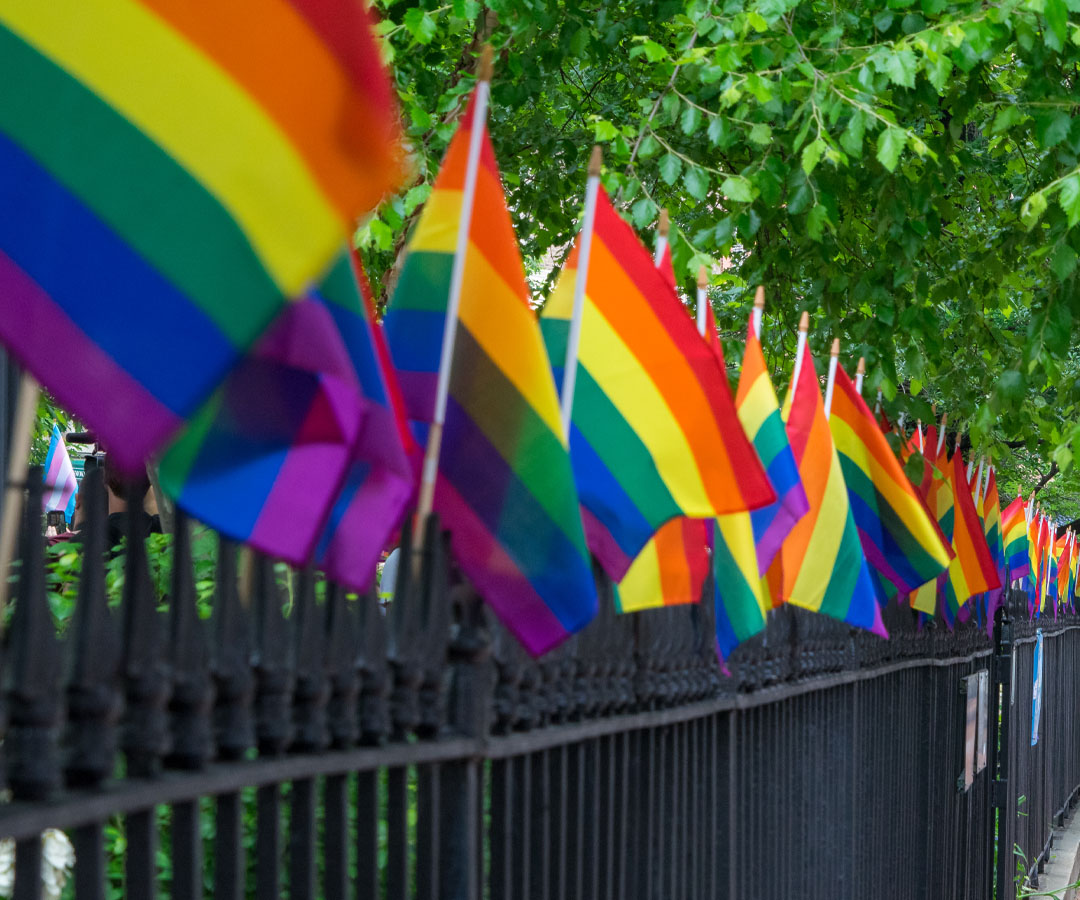 In talking about social movements and key moments in civil rights history, we’d all be remiss to exclude the 1969 riots at Stonewall Inn in New York City. The Stonewall Riots were pivotal because they galvanized the gay rights movement, which was growing steadily, yet covertly, at the time. Homophobia and transphobia were extremely prevalent, but a rebellion was a logical solution since the ’60s were a breeding ground for powerful movements. Coming off the heels of the Black Power and Civil Rights movements, anti-Vietnam War movement, and the second-wave feminism movement, society was rich with progressive thought and centralized human rights. On June 28, we celebrate trans women of color and others in the LGBTQIA+ community at Stonewall who fought fearlessly for basic humanity and to let the world know that “gay is proud!”

If you identified as LGBTQIA+ in the 1960s and you lived in New York City, the Stonewall Inn was the place for you. Gay bars were a major part of the LGBTQIA+ scene, and the Stonewall was one of the most infamous. Like many other gay bars in NYC, Stonewall was owned by the mafia. Homosexuality and cross dressing were illegal, so members of the mafia saw it is a business opportunity to cater to the LGBTQIA+ community since there were no other safe spaces for them to gather collectively. With power and influence, the mafia paid the police department to overlook the bars and allow service to gay patrons. Despite the partnership, gay bars would get raided pretty frequently because it was still illegal to serve alcoholic drinks to people identifying as gay.

The raids at Stonewall were less of a deterrent and more of an annoyance because the bar was more than just a bar; for many, Stonewall was a place of refuge. Young gay, trans, and queer people literally treated the Stonewall like home when they had no where else to go. Everyone at the Stonewall was family—accepting, welcoming, and unashamed. 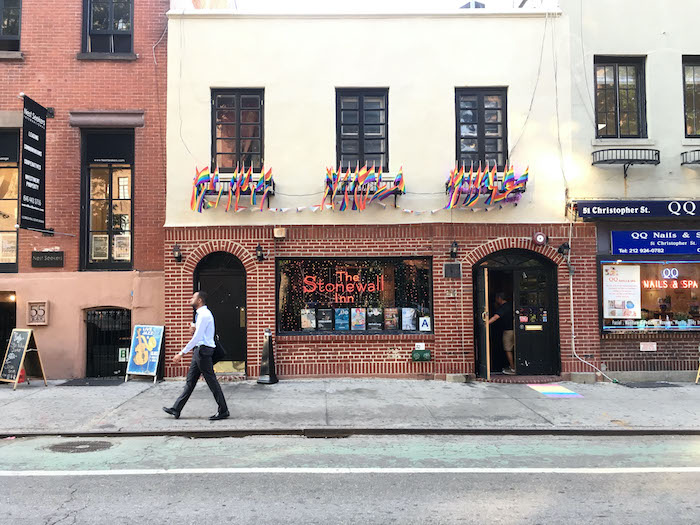 A Revolution on Christopher Street

In the early hours of June 28, 1969, the NYPD raided the Stonewall. Plainclothes officers came in first and started doing “sex checks” in the bathrooms to confirm the gender of those who were suspected of cross dressing. Uniformed officers came later and arrested people for “solicitation of homosexual relations” and “non-gender appropriate clothing.” A crowd began to form outside of the bar as patrons were loaded into the police van, but before the van could pull off, the crowd started throwing bottles and other objects at officers. The crowd and the officers fought each other, and activists like Marsha P. Johnson and Sylvia Rivera took lead roles in defending the Stonewall and everyone who knew it as their home. Eventually, the crowd got the best of the officers and forced them to barricade themselves inside the bar. The officers only came out because the crowd set the bar on fire.

The New York City riot squad was called to the scene, and things didn’t quiet down until 4 a.m. This was only night one. For four more nights, gay activists continued to meet at the Stonewall to organize, support, encourage, and continue using their voices to advocate for basic human rights. NYPD would come each night and engage in confrontations with the activists into the early morning hours. The intensity of the confrontations diminished over the course of the four days, but the impact of the riots was undeniable. 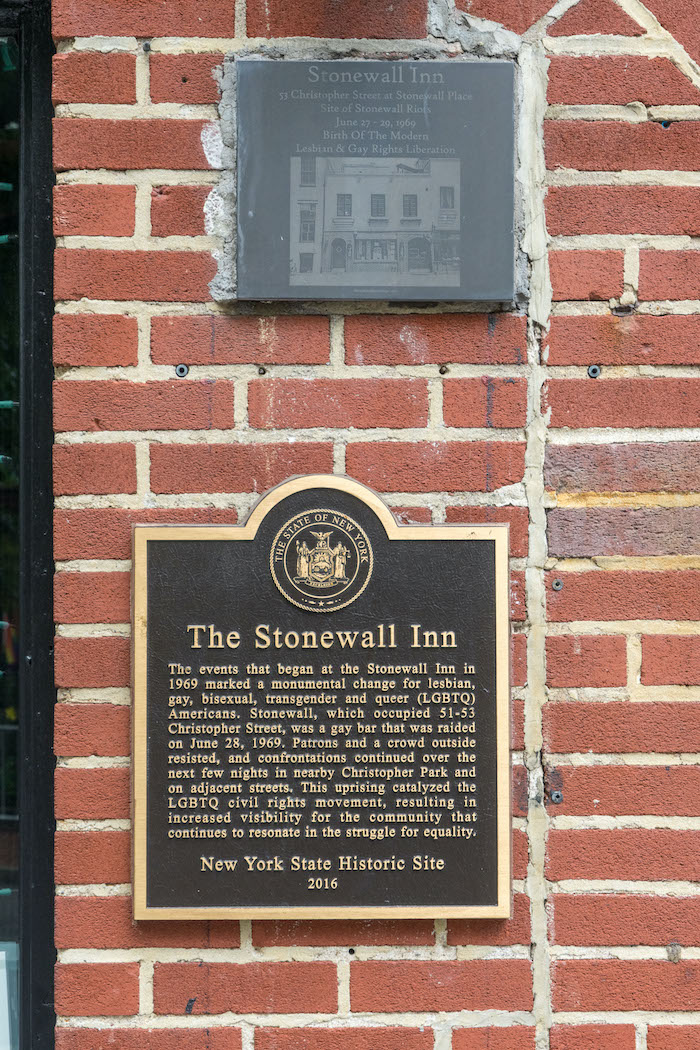 How the Stonewall Riots Changed the Gay Rights Movement

The riots at Stonewall did not start the gay rights movement, but they solidified the movement as permanent, ongoing, and organized. The first documented gay rights organization, The Society for Human Rights, started in 1924 and distributed multiple newsletters before being forced to shut down the following year. Three years before Stonewall, a gay rights organization staged a “sip in” at taverns in New York, suing any establishment that refused to serve them because of their sexuality. Stonewall was a natural result of deliberate efforts—both legal and social—to normalize homophobia and transphobia. The LGBTQIA+ community was fed up with the blatant attacks, harassment, and criminalization, and Stonewall was the opportunity to fight back.

And the fight continues! One year after the riots, thousands of activists and supporters gathered at the Stonewall for the first gay pride parade in U.S. history. Many cities now have gay pride parades and celebrate gay pride weeks. In 2016, the Stonewall became a national registered landmark, the first one celebrating gay history. In 2020, the U.S. Supreme Court recognized that employers cannot discriminate on the basis of sexual identification, making it illegal for businesses to deny employment or fire employees who identify as LGBTQIA+.

Much of the progress made in the fight for gay rights is directly attributable to the bravery of hundreds of gay, lesbian, and trans people who refused to be silent on June 28, 1969. Being “out” and proud comes with horrific challenges, and unfortunately, that has been the reality for decades. But it is because of those who blazed the trail for equality that we can celebrate PRIDE, honor their sacrifices, and prove that love always wins.