Growing up, I’d enter my public library’s reading contest every summer. I’d always lose because swimming in the pool, watching The Lizzie McGuire Movie on a loop, and annoying my mom took precedence over reading. However, it never discouraged me. I entered that reading contest until my senior year of high school, and even since moving away, I look at summer as the chance to read all those book suggestions I’ve been stockpiling for months.

Well, this year, we’re winning that contest, people. Grab your notebooks (or the Soon app, my favorite way to track books and movies!), your Amazon password, and/or your library card. We’re about to get reading. 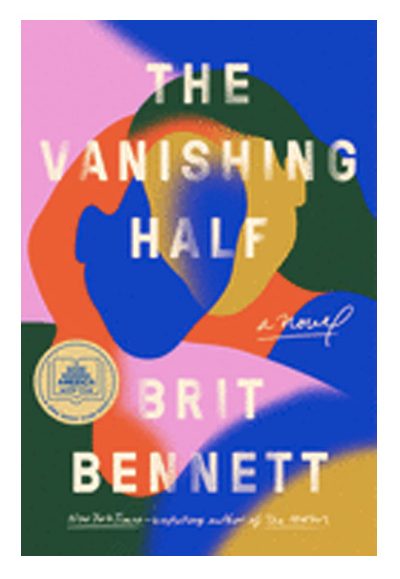 This book has been much-anticipated in 2020, and it's finally here! Two identical Black twin sisters run away at 16, and as adults, one returns with a Black husband and child and the other pretends to be white in California. The story follows each of their lives, their identities, and how these sisters lives intertwine, even in adulthood. 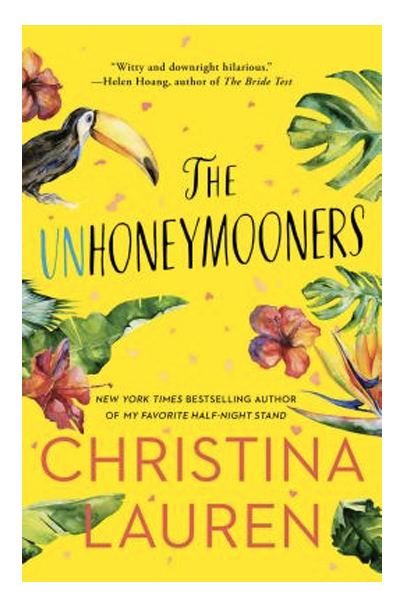 A honeymoon is up for grabs when Olive's sister and Ethan's brother get food poisoning on their wedding night. Yes, Olivia and Ethan are rivals, so that just makes their tropical Maui vacay even better. You'll want this one in your beach bag! 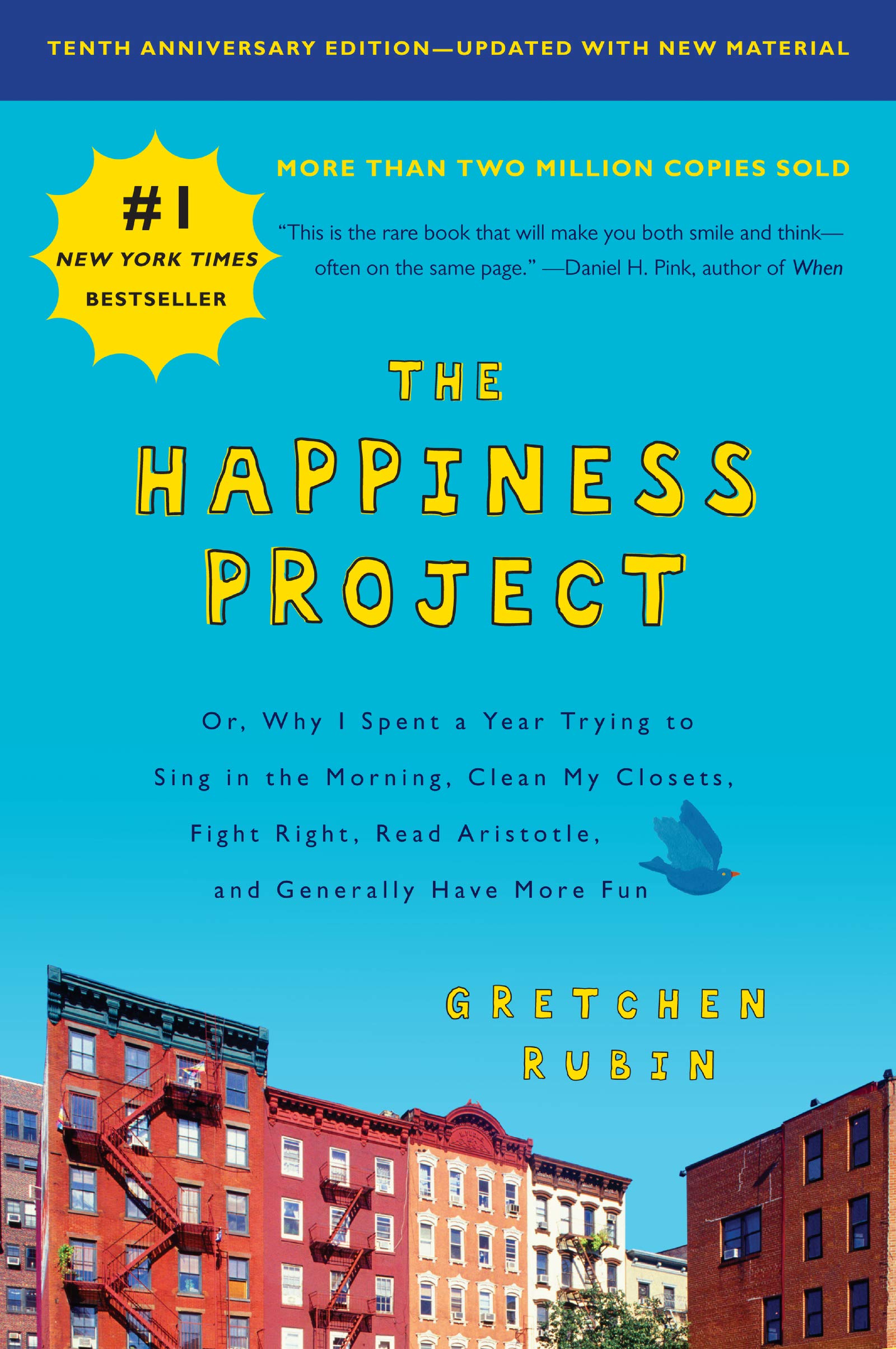 Gretchen Rubin spent a year trying to figure out how to be happy (and what it means for her). If there's any time to focus on your happiness, it's the summer. We also love this option if you're interested in psychology or the science behind contentment. 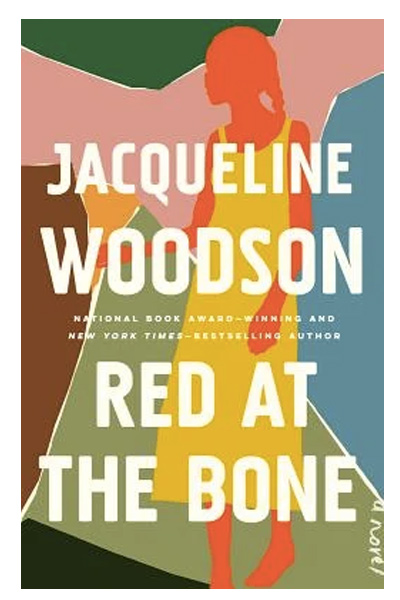 Red at the Bone

This book is a look at 16-year-old Melody in the present as well as her mother 16 years prior. It follows the history of Melodys family, the secrets they've kept, and how they've arrived to where they are now. It was on "Oprah Magazine"s "Best Books of 2019" list and a "New York Times" Notable Book of the Year. 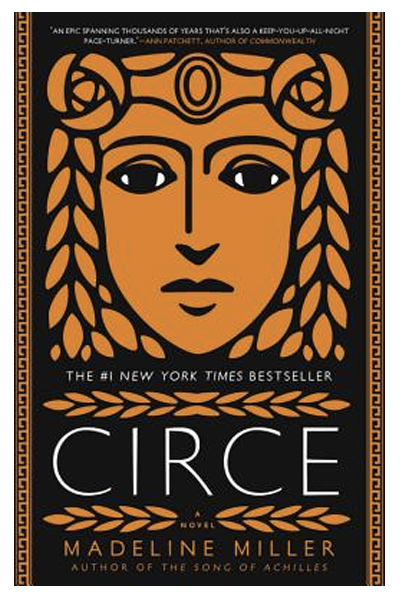 Circe has the power of witchcraft, so Zeus banishes her to a deserted island. But she's in danger and must find her power and save herself and her family. Being into Greek mythology is not a requirement to read this book, and even those who have never delved into that genre fall in love with Circe and her story. And whats more summery than Greek Gods? 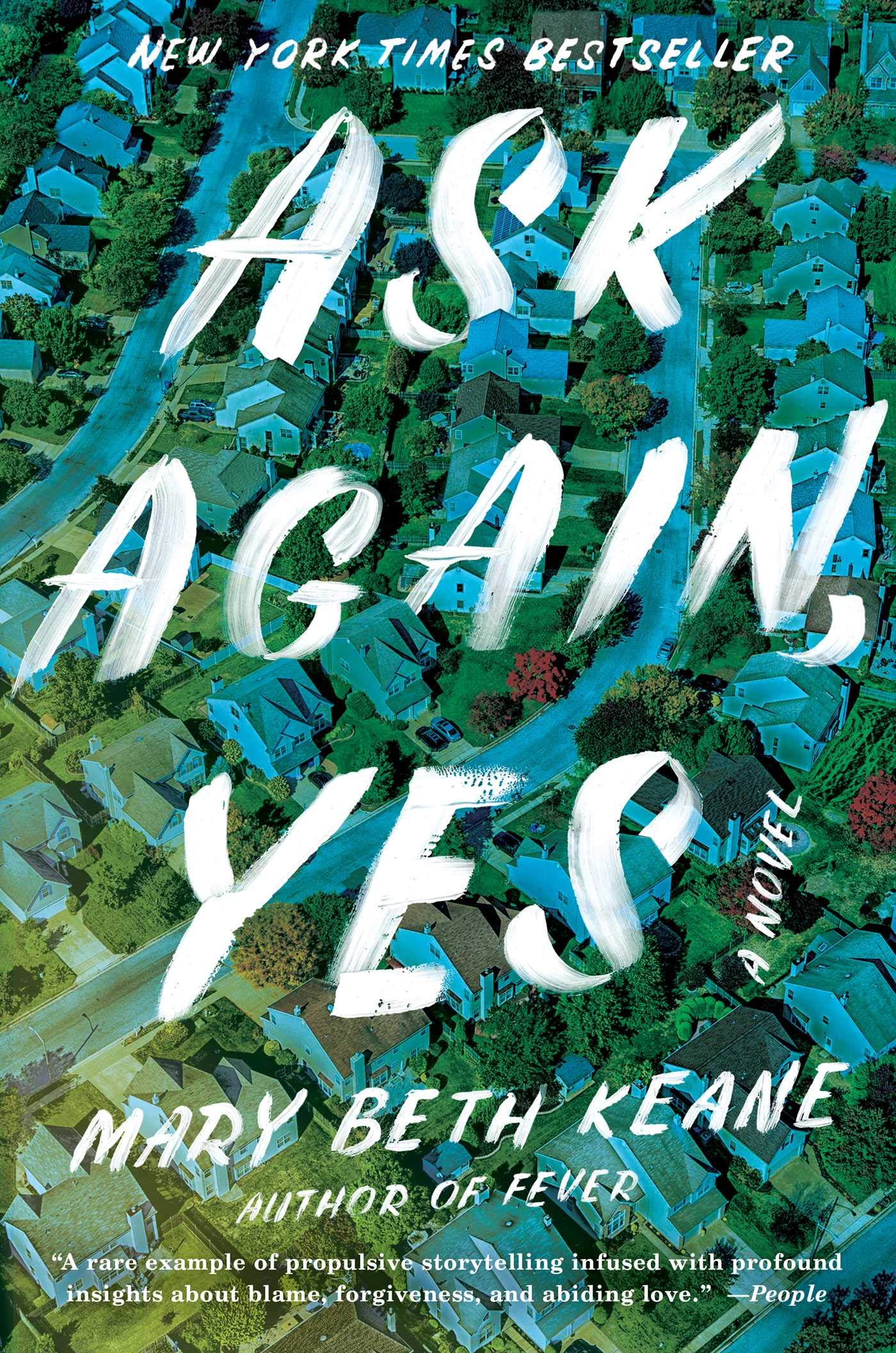 If you loved "Little Fires Everywhere," this is a great one to add to your list. This book follows multiple families in a suburban town and deals with marriage, secrets, friendship, and more. 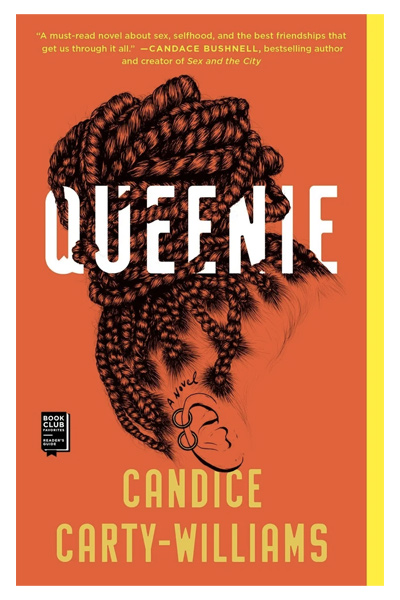 Queenie, a 25-year-old Jamaican-British woman living in London, just got dumped. She seeks comfort in other men, but they never treat her how she deserves. "Queenie" is a tale about learning your self-worth, finding contentment, and sticking up for yourself. It's a pretty common tale of being a woman in your 20s, so it's bound to be quite a relatable read. 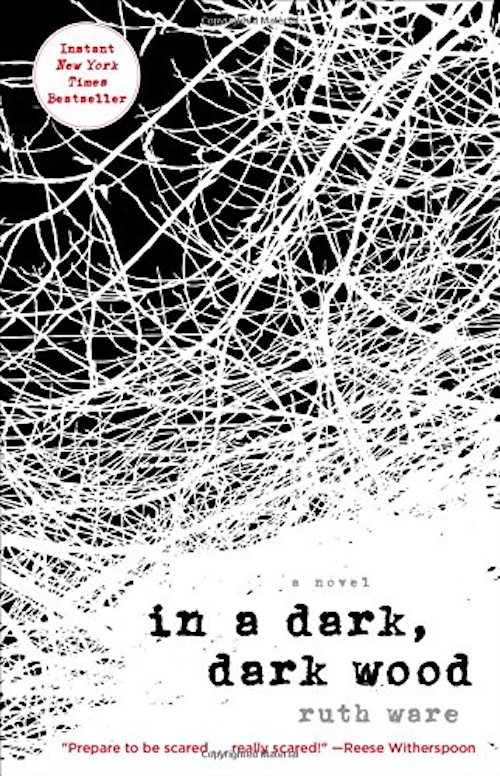 In A Dark, Dark Wood

Nora gets invited to her ex-BFFs bachelorette party 10 years after they stopped being friends, and I can't tell you much else because the suspense is everything in this book. Just trust us that this one is good. Read this if you're looking for a little mystery-thriller this summer. 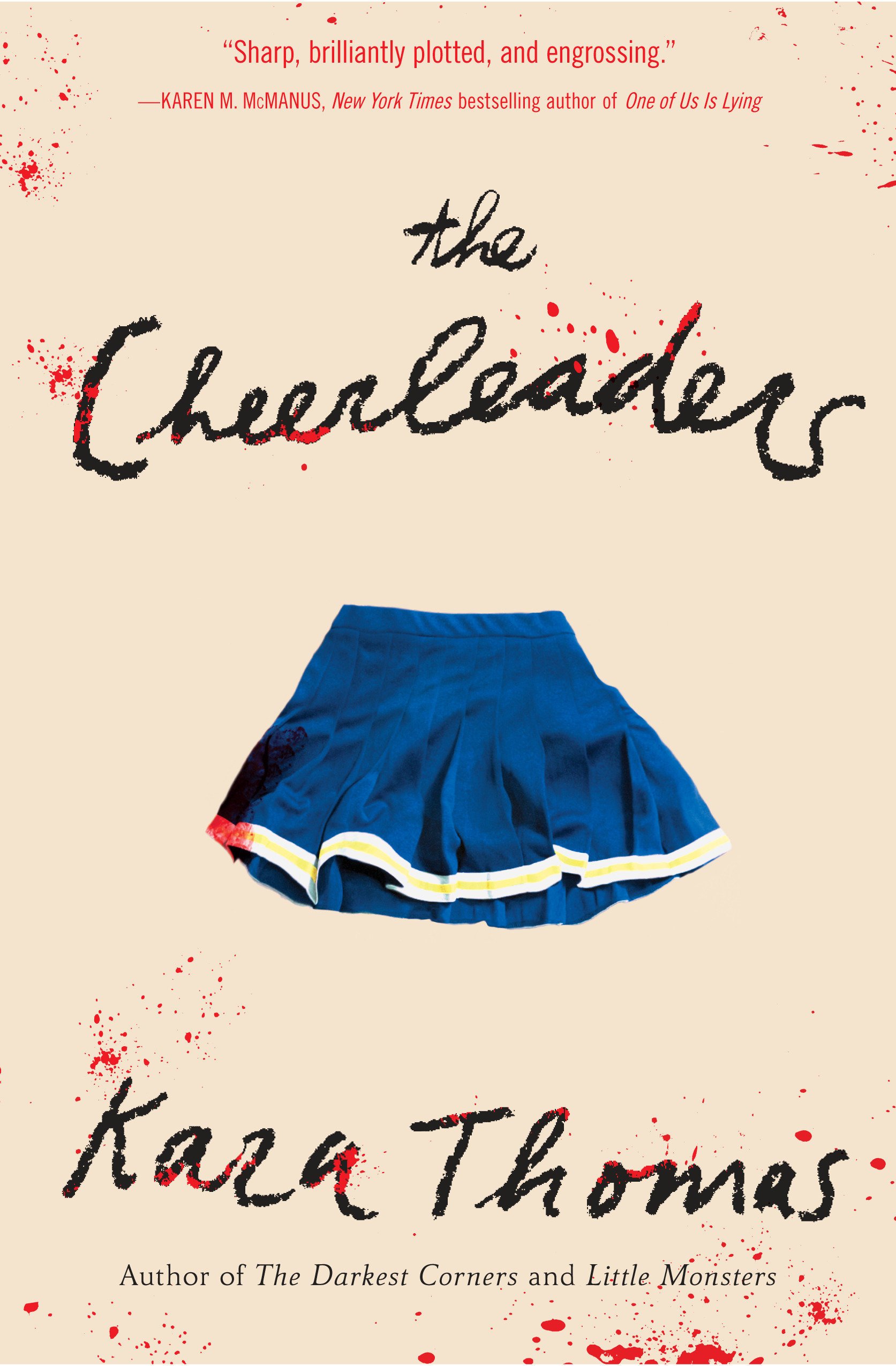 YA novels are a guilty pleasure for most of us, but they're even better in the summertime. It just evokes all those "schools out, summers in" vibes. This one has all that plus a little murder mystery. 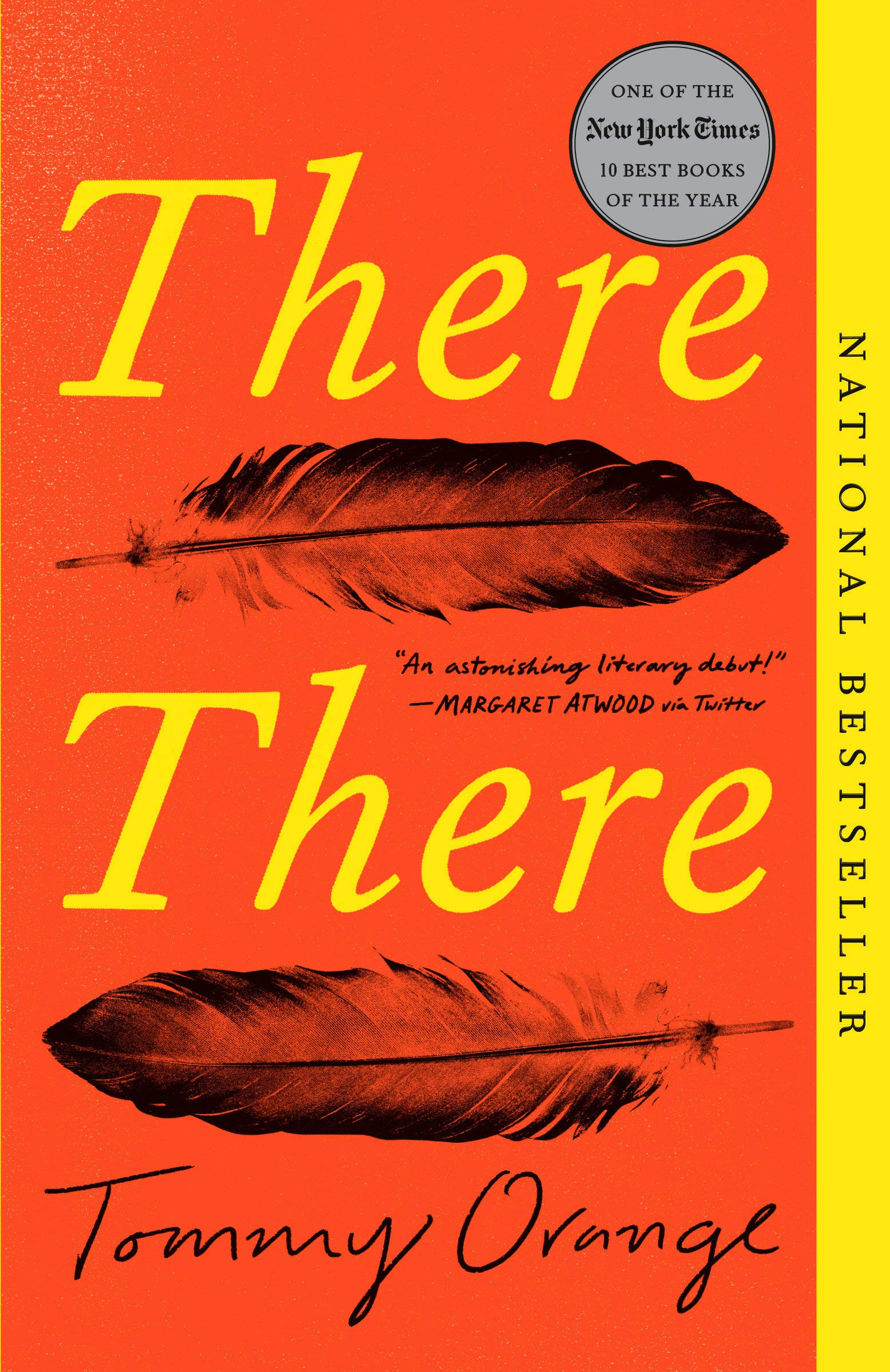 This book follows 12 characters in different Native communities who are all traveling to the Big Oakland Powwow. The book discusses how they're all connected and the unknown similarities they all share. It educates readers on various experiences of Native American individuals in America today in a heartbreaking but hopeful way. This is a new summer arrival you'll want to pick up (and probably won't be able to put down). 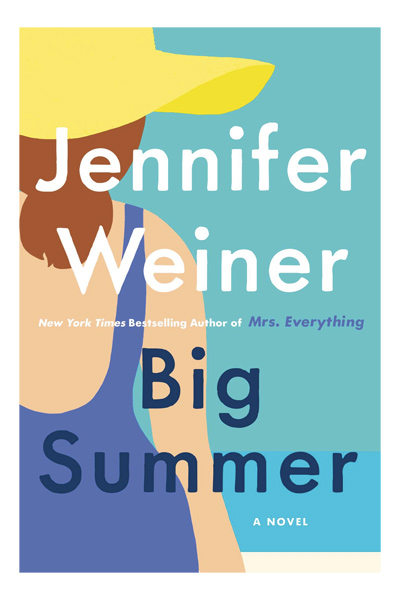 Daphne, a successful plus-size Instagram Influencer (um, yes!), is asked by her ex-best friend Drue to be the Maid of Honor in her Cape Cod wedding. As you can tell, it has the makings of every amazing summer novel out there. It discusses female friendships, social media, and more, with the backdrop of beautiful beaches, swimsuits, and summer love. 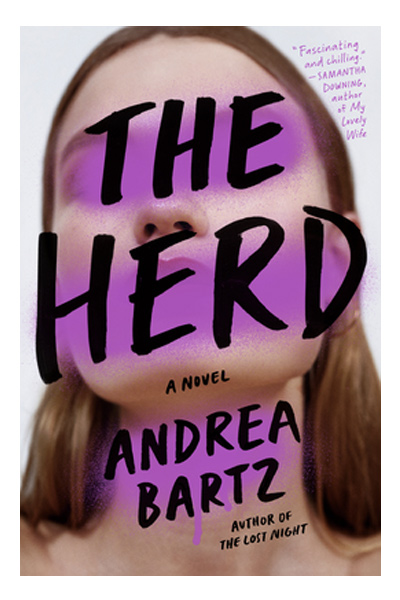 Eleanor—the founder of The Herd, a women’s co-working space similar to The Wing—vanishes the night she’s supposed to make a huge announcement about the company. Everyone at the company is a suspect, including our main character Katie Bradley and her sister Hana, Eleanor’s best friend. Those craving a little work drama after not seeing your coworkers for months, here’s your pick. 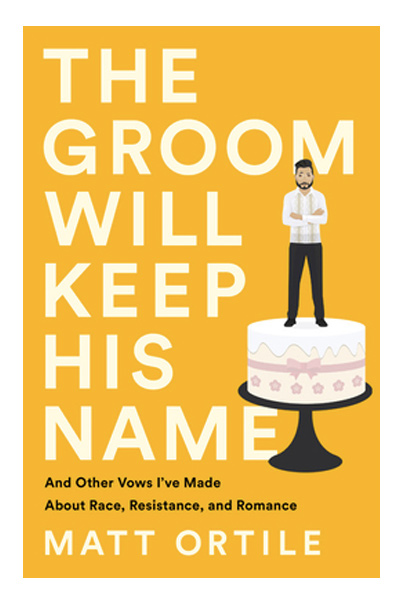 The Groom Will Keep His Name: And Other Vows I've Made about Race, Resistance, and Romance

This just-released book of essays by a gay Filipino immigrant in America will make you think about sex differently. There are already dozens of positive reviews raving about the witty, clever, and thought-provoking writing in this collection. 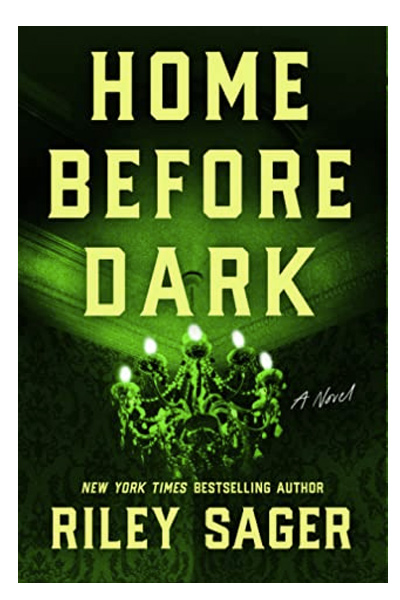 Maggie's father became famous after writing a memoir about the haunted house their family lived in when Maggie was young. Twenty-five years later, she inhabits the house and decides to renovate it to sell, not believing in the ghost stories. But the more time she spends there, the more she realizes her dad might have been right. "Home Before Dark" is released on June 30. 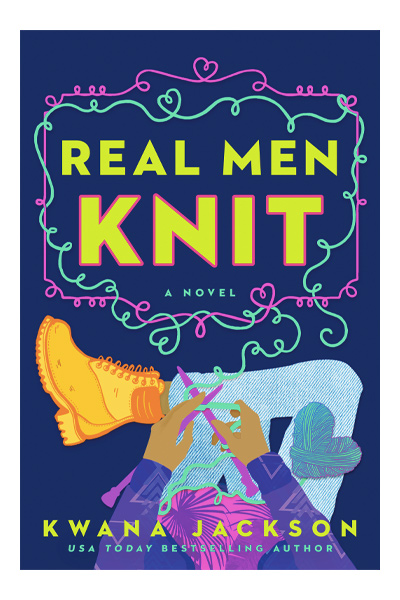 When Jesse's foster-turned-adoptive mother dies, he and his four brothers are left to keep up the business in her knitting shop in Harlem. Jesse, however, doesn't know a thing about knitting and has spent most of his adult life as a bit of a player. He enlists the help of childhood friend Kerry to keep the business open, and a relationship sparks. 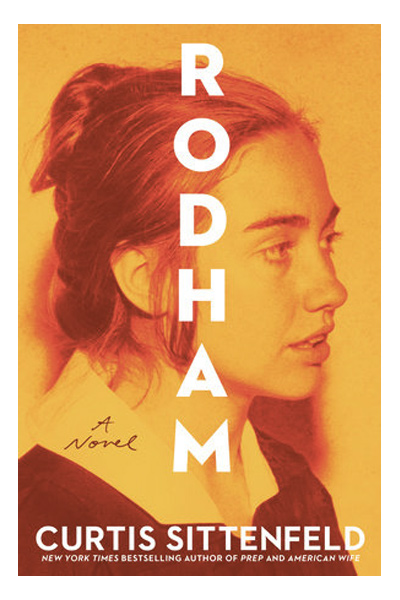 This might just be the summer book of 2020. This story looks at an alternate world in which Hillary Rodham doesn't actually marry President Bill Clinton. You're about to see this in a lot of beach bags. 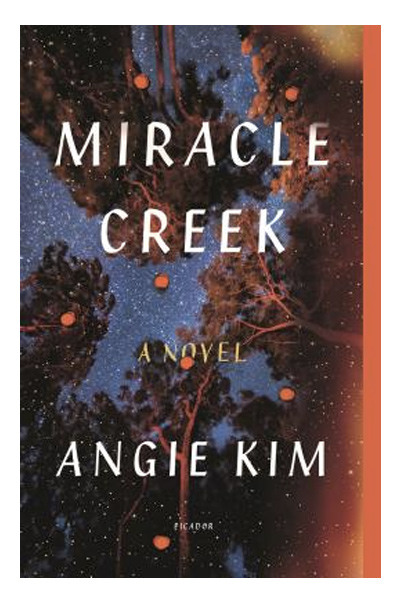 In a small town in Virginia, a small group of people know each other because of their participation in a treatment center that is said to cure conditions such as infertility and autism. When the chamber explodes, killing two people, the suspect list narrows in on the few people who know about the center. 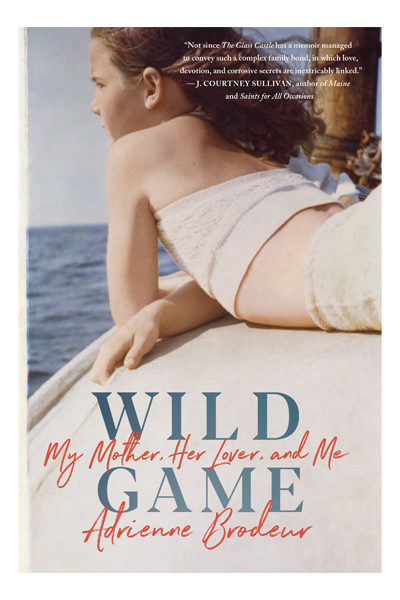 Wild Game: My Mother, Her Lover, and Me

Although this cover is very summery, I wouldn't consider this a beach read. However, it's a riveting, interesting memoir about a mother-daughter bond, boundaries, and how our childhood affects our adult lives. Adrienne's mother began confiding in her about the affair her mother was having with her step-father's best friend, which ultimately affected Adrienne's marriage and mental health as an adult. 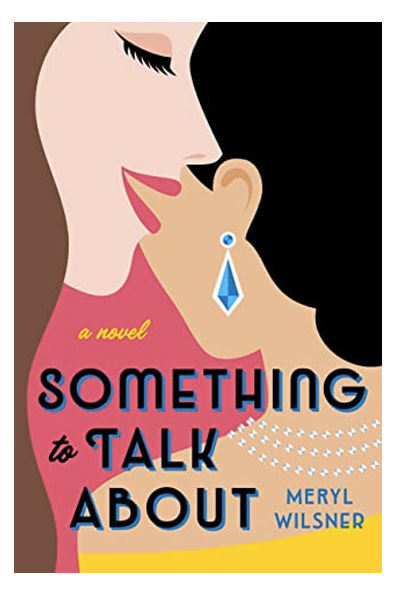 Something to Talk About

You can't do summer without a romance. It's just a fact. A Hollywood actress, Jo, and her assistant, Emma, spark dating rumors, but after spending tons of time together amidst it all, they realize the rumors maybe aren't so off-base after all. 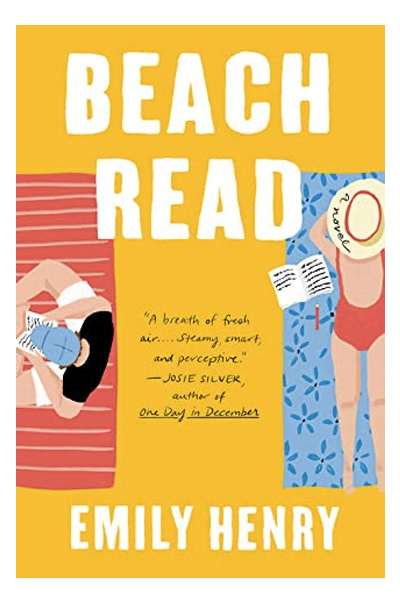 I mean, the title says it all, right? Two writers move into beach houses right next to each other, but their writing styles couldn't be more different. January writes romance, while Augustus writes literary fiction. So, they make a pact to write each other's genre instead. 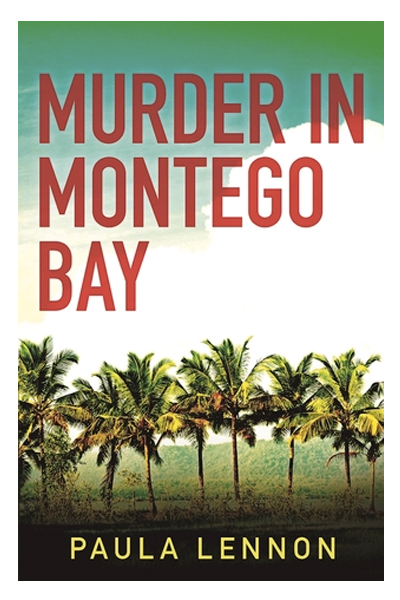 This Jamaican-set murder mystery, detective series follows two Chinese-Jamaican brothers who were arrested for drunk driving. When Carter is leaving the station, he's shot dead, and the detective assigned to the case is determined to catch the killer. 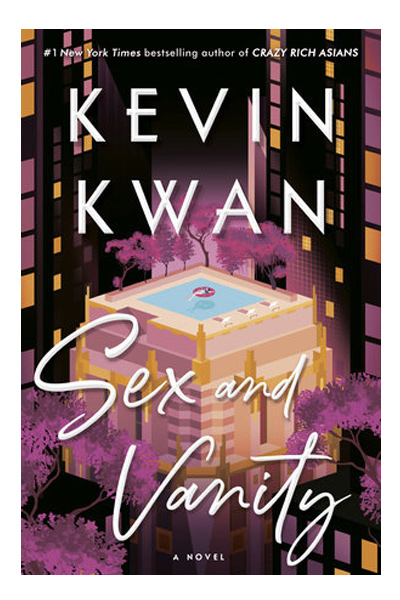 The author who brought us the "Crazy Rich Asians" trilogy is back with this incredible love triangle. Lucie is torn between the white man of her parents' dream and George Zao, the man she's trying to convince herself not to fall in love with (but we all know she totally will). 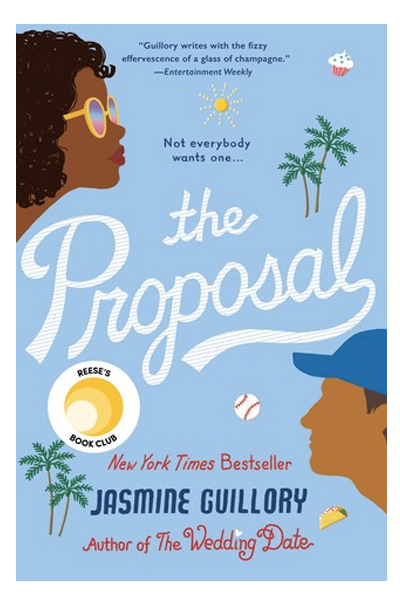 When Nikole's boyfriend of five months (yep!) proposes in front of 45,000 people at a Dodger's game, she says no. A woman after my own heart! But to help her get out of the crowd of disappointed fans, Carlos comes to her rescue, and the two embark on an epic romance filled with fun, food, and sex (what more could a girl want!). 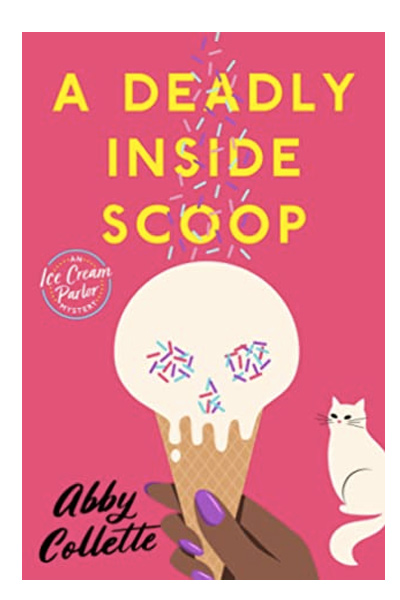 A Deadly Inside Scoop

An ice cream shop mystery? Sign me the heck up. Bronwyn Crewse takes over her family's ice cream shop in Ohio, and on the night of her opening, she finds a dead body in the snow outside the shop. Turns out, it belongs to a man who had a longtime fued with her family. So, Bronwyn decides she's going to help solve the murder, all while keeping her ice cream shop afloat. 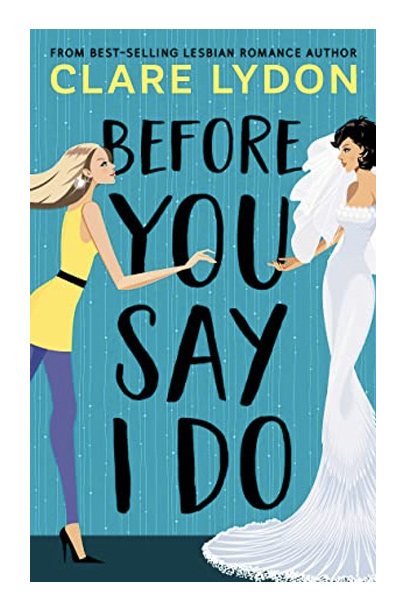 Before You Say I Do

Yep, another romance. But can you blame me? It's just quintessentially summer to think about love, OK. If you're a little bummed about all the weddings you're missing out on this summer, here's one to read. Abby's fiance hires a professional bridesmaid to help her in the last weeks before the wedding, and "cold feet" doesn't even begin to explain what Abby starts to feel. 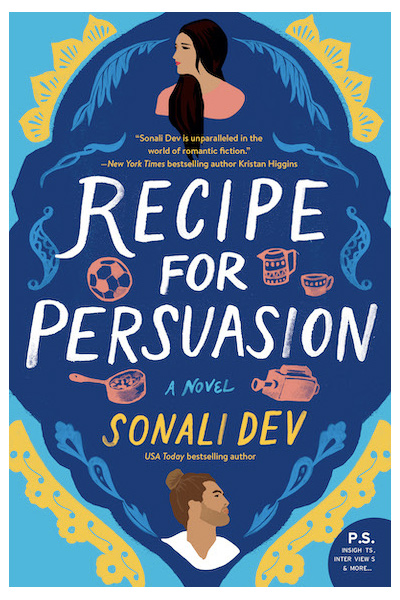 Chef Ashna Raje decides to go on "Cooking With A Stars," a new reality show pairing chefs with celebrities. Of course, she's paired with Rico Silva, her first love who ghosted her and is now a FIFA-winning soccer player. They begin to spend more time together, and ... well, you know where I'm going. 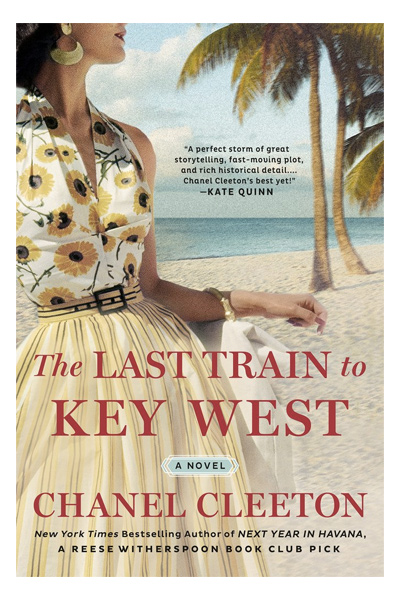 The Last Train to Key West

In the latest book from Cuban writer Chanel Cleeton (out June 16), this book follows three women as one of the worst hurricane ripples through the Florida Keys in 1935. 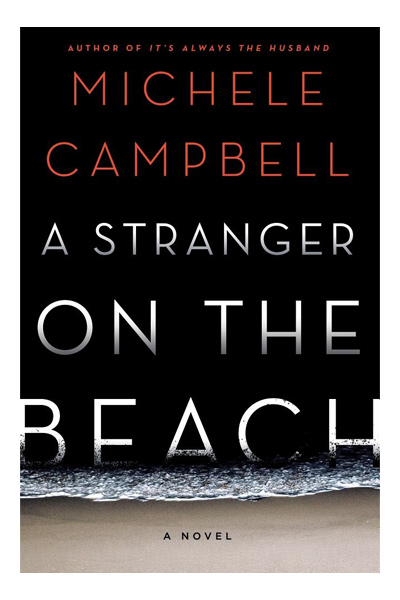 A Stranger on the Beach

Marked as one of the best thrillers of summer 2019, in this book, Caroline's marriage is falling apart, but she has a new fling on her horizon in Aiden. And although it means nothing but revenge and comfort to her, Aiden becomes obsessed with her, her family, and her new beach house. Then, her husband goes missing, and she's accused of the murder. We're considering this a thriller-lover's must read of the summer. 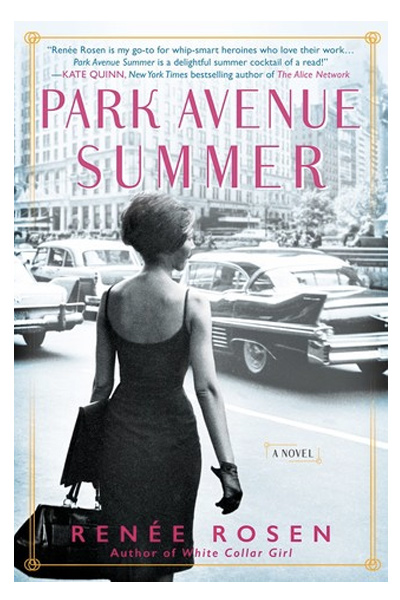 For fans of "The Devil Wears Prada" comes this novel about a summer in New York City working under former Cosmopolitan Editor-in-Chief Helen Gurley Brown as she was writing her book, "Sex and the Single Girl."

What are you reading this summer?! What should we add to our lists? Let us know you’re recommendations in the comments!