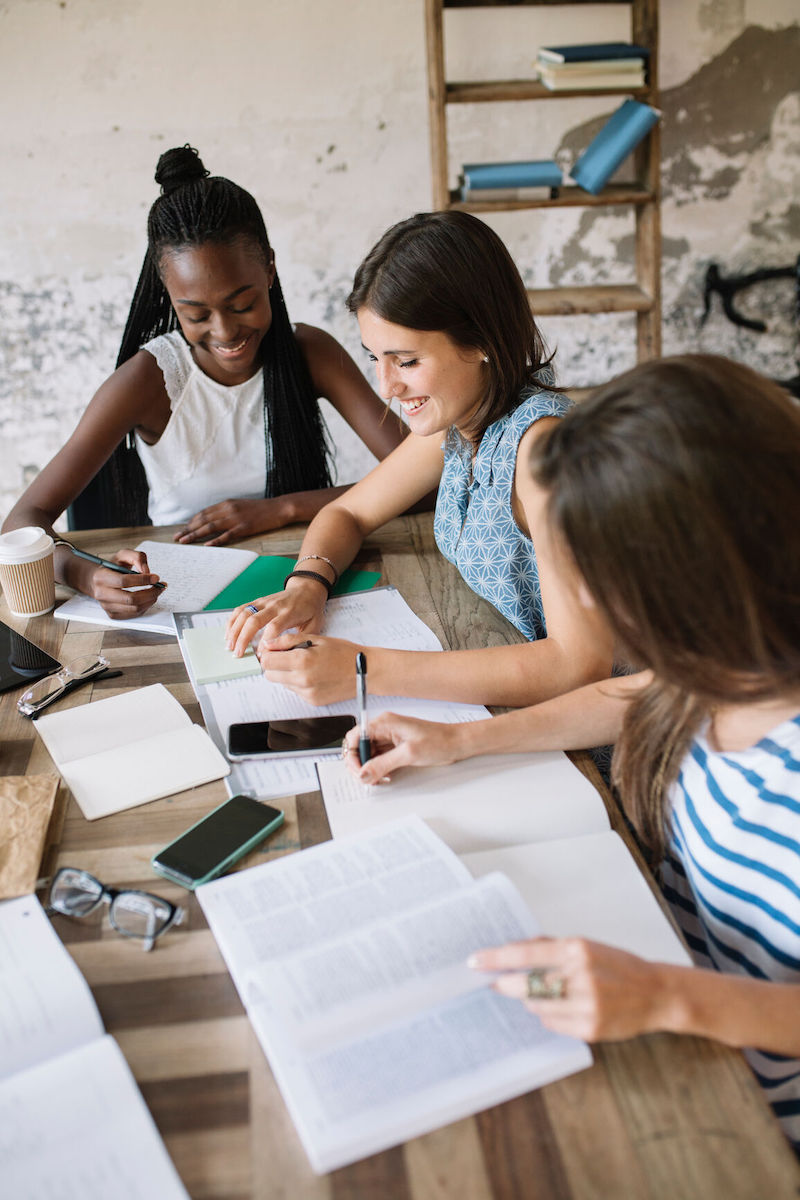 African, Brazilian and Sudamerican students looking at the papers while learning the material.

It’s 2019, and women have been a part of the workforce for decades now; yet, most of us still have to deal with workplace misogyny in some form or the other. If you think about it, you may be able to recall a few instances of micro-aggressions right off the top of your head.

Some of these instances stem from biases that are so deeply ingrained that it becomes extremely difficult to challenge them. They are not always taken seriously by HR — sometimes these issues are so subtle that workplace policies don’t even cover them. You might have a hard time convincing people that these are real problems (no, you’re not being too emotional).

That’s why I think it is so important for us to step up for other women in the office — after all, we know exactly how annoying and demeaning these instances can be. Here are a few ways we can support each other in the workplace:

1. Speak up for each other

You’re making a point in a meeting when someone just talks over you. You work harder on that new project than anyone else, but you don’t get credit for it because people just expected that extra effort. You present a great idea that gets dismissed — but a male colleague repeats it a few minutes later and gets a fantastic response.

We’ve all been in these situations often enough to know how difficult it can sometimes be to speak up for ourselves in the moment. So when you see a female colleague in these situations, stick up for her. You can make a world of difference with simple, supportive statements like ,“Yeah, but let’s get back to what Tanya was saying,” or “We should thank Sarah for this win — she’s put in a lot of late nights on this project.”

If you see a great idea by a female co-worker going unnoticed, try the amplification technique. This is basically where you (and the other women in the room) repeat the key points of her statement, giving it the focus and attention it deserves. This is a pretty straightforward but effective strategy — in fact, women in the White House adopted this powerful technique to make themselves heard in a male-dominated space!

Casual sexism often comes disguised as humor. So you’re supposed to laugh along good-naturedly when a female colleague is asked if it’s “that time of the month” or is told to dress provocatively to impress a client. Going along may be the easiest way of dealing with it, but doing so only validates this obnoxious form of humor.

Instead, try calling these jokes out, every single time — even when you see it happening to others. One way to do this is by asking the other person to explain it again and again — by the third or fourth time, they’ll realize how un-funny it was. Most of these sexist jokes are defined by their lack of originality, so you could also look up some cutting responses to the more common ones. That way, you’ll be ready with a comeback the next time someone makes a sammich joke. Or go the straightforward route and simply say something along the lines of “That’s not funny” or, “Ugh, you need to find some better jokes.”

It may be easy to brush one woman aside by calling her uptight or over-sensitive, but if enough women do this, people will hopefully start getting the message that such “jokes” are not appreciated in the workplace.

3. Check yourself for any misogynistic biases

She is always the first to speak at meetings — she just wants to be the center of attention. She declined my request to extend that report deadline — she is such a bitch. OMG, what was she wearing at that presentation?

Ever had thoughts like this? Misogynistic attitudes are so pervasive that, sometimes, we all find ourselves reinforcing the very behaviors we hate. Rather than ignoring or justifying them, it is important to recognize these biases. Make a quick mental note every time they occur. Was she really out of line, or was she just doing her job? Would you judge a male colleague the same way? Do you think this way because you feel threatened by this person?

Acknowledging your own biases will help you curb your hostility towards this colleague and make you more open to supporting and working collaboratively with her, should the opportunity arise.

4. Do not pass on gender-based hurdles that you’ve had to go through

If you’ve been in the workforce for a while now, you may have had to face some truly horrible obstacles, simply because you’re a woman. Maybe you encountered a glass ceiling, were expected to put up with inappropriate comments and gestures, or had to wear yourself out juggling work and family responsibilities with no outside help and no support from your boss.

I am sorry you had to go through these things — I cannot begin to imagine how difficult it must have been. However, the “we had to deal with it, so why can’t they?” attitude does nothing but pass the same atrocious gender-based hurdles on to a new generation. Younger women joining the workforce today expect a more level playing field — and they are right to do so. Don’t shrug off their battles because you had it worse. Offer them your help and guidance when you see them facing an unfair situation. They really could use an ally as experienced as you.

Of course, systemic issues like gender pay gap or workplace harassment require stronger action. But as far as micro-aggressions go, you can really help make a difference for someone in your workplace, from today on.