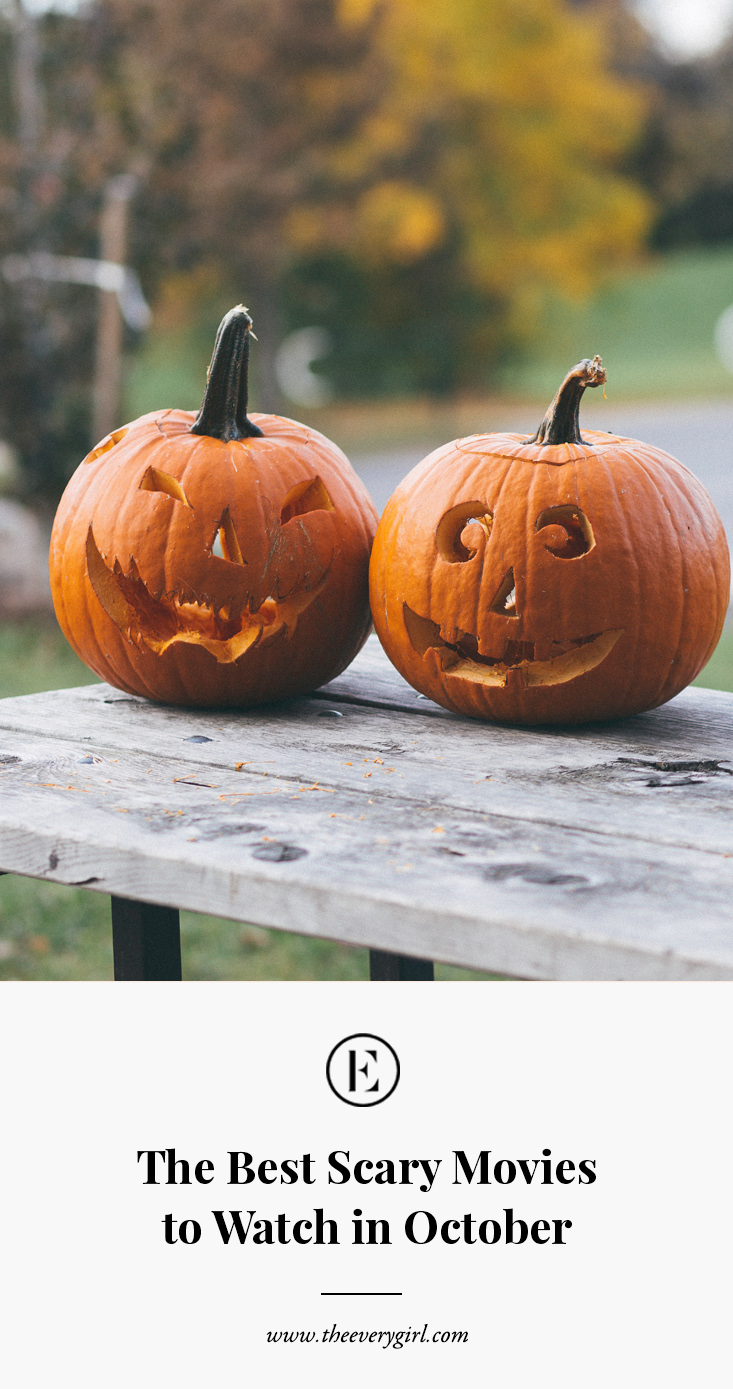 It’s officially the most wonderful time of the year… no, not Christmas. It’s October, y’all.

I’ve been a horror movie lover for as long as I can remember (probably on account of my older cousins torturing me and making me watch every one in existence when I was little, inevitably making me immune to a fear of them). I watch them more than any other genre, force my friends to watch them during our movie nights, and even took a horror movie class in college. My point? I’ve seen them all, and I’d like to think I’m a credible source.

A good scary movie is great, but let’s be real — the bad ones are horrible. More often than not, they leave me wondering how on earth they got past enough people to get to the point that an audience is actually watching them.

So, after 22 years of readying myself, this is my official, comprehensive list of the ones that I believe are best (in no particular order) — so you don’t need to sit through Five Headed Shark Attack in search for a good thrill.

1. The Silence of the Lambs

I will go to my deathbed screaming that this isn’t only the best thriller of all time, but the best movie of all time, period. I watch it probably once every six months to remind myself of my standards of quality entertainment. It has it all — a psychopath, cannibalism, a serial killer’s dungeon, some moths. Even if you’ve already seen it (which I hope for your own sake, you have), the limit to how many times you can watch this truly does not exist.

Is there anything worse than seeing “based on true events” at the beginning of a scary movie? In terms of what movie actually scared me the most in my life, this absolutely takes the cake. Three masked lunatics harass a couple staying in their family cottage, and the suspense is literally torturous. I’ve referenced it every single time I’ve stayed at a cottage during the past 10 years (I swear, ask any one of my friends, they hate it), and probably will continue to for the rest of my days.

Side note: If you’re looking for the scariest mask possible, just cut a face out of a potato sack, put it on your head, and call it a day.

Okay, when I read the description of It Follows, to say I was skeptical would be an understatement. When the main character, Jay, sleeps with her boyfriend for the first time, she finds out that he has a fatal curse that’s passed on through sex. It sounds like a weird metaphor for STDs, but I promise, it’s really, really, scary.

Another intruder movie — Hush is absolutely terrifying, and gets bonus points for having a totally unique concept. A deaf writer living isolated in a house in the woods faces a masked psychopath, and has to fight him off whilst not being able to hear. There’s a specific scene from this movie that I think of every time I’m home alone, which is really the true test of a quality scary movie, right?

I guess Austria just does scary better, because this movie is absolutely insane. Two twin boys (who are always inexplicably dressed in matching tank tops, which is super spooky on its own), are worried that their mom — who just had plastic surgery and has bandages covering her face — isn’t really their mom. I’m not usually one for subtitles, but don’t let them deter you from watching this one.

Let me start this one by saying that I don’t normally love paranormal movies, so the amount of love I have for The Babadook is truly impressive. A mother mourning her dead husband (the husband died on the way to the hospital to deliver their son — it’s dark stuff), battles with her son’s fear of a monster lurking in the house. When a book called The Babadook mysteriously shows up at their doorstep, his fears prove to actually be pretty valid.

(See what I did there?). Another oldie, but can anyone really argue against watching some young Brad Pitt? Seven follows two detectives — Morgan Freeman and Brad Pitt — investigating a series of murders that each represents one of the seven deadly sins. It’s dark, captivating, and saves the best twist for the end.

13 Cameras is a Netflix gem about a couple that moves into a new home, unaware of the fact that their landlord is watching their every move through cameras (13, to be exact) throughout their home. It’s terrifying, and when you combine some hostage situations with some good ol’ jump scares, you know you’ve got a winner.

Confession: I hadn’t seen this movie until last year, and prior, truly had no idea what it was about. I expected it to just be super gory with no plotline, and yes, while it’s pretty much the definition of gory, it’s actually a good story. It’s (very loosely) based on serial killer Ed Gein, and is a classic for a reason — you just probably will have to eat vegetarian for a few days after watching it.

When you’re a true crime writer in a slump, what do you do? Move you and your family into a house where a family was murdered, obviously. Once writer Ellison Oswald is in his new home, he finds a box of tapes documenting the murders of several families, including the previous residents of his home. Let’s just say I had an issue with lawn mowers for a while after seeing this.

After I watched Don’t Breathe for the first time, I literally didn’t know what to do with myself. This movie is about three thieves that break into the homes of wealthy people for their living, but underestimate the aptitude of a blind veteran they thought would be an easy target. If you’re looking for something suspenseful, Don’t Breathe is your movie. (It also has one of the least predictable endings I have ever seen, truly).

This movie starts out strong and finishes even stronger. An upper-class couple attempts to mend some broken ties by inviting all their kids and significant others over for an anniversary dinner (Is this ever a good idea?). A group of masked (I guess I’m just a sucker for masks) killers comes and targets them, and you definitely won’t see the rest coming.

If I had to describe Shutter Island in one word, it would be “whack.” So this might not technically be a horror movie, but its level of scariness combined with its overall entertainment quality allowed it to make this list. Leonardo DiCaprio (hallelujah) plays a U.S. Marshal who goes to an asylum following the disappearance of one of its patients. You really need to pay attention during this one, but it’s well worth it. If you ask me, Leo should have gotten his first Oscar for this one (too soon?).

An oldie but a goodie — you can’t go through a Halloween season without watching this. You’ve seen it, you know the story — but honestly, it’s an October must.

14. When A Stranger Calls

I had to throw this one in for my sixth grade self — maybe it’s just because I’ve been babysitting since I was 10, but this truly epitomizes every fear I have ever had. A teenager goes to babysit at a giant — and conveniently isolated — house, and starts getting threatening phone calls from a stranger. There’s no gore, just a lot of scares, and it truly has haunted me for the past decade.

Get Out was super hyped for a reason (it has a 99% on Rotten Tomatos!) — it’s thought-provoking, relevant, and absolutely terrifying. I can’t say too much without giving away some serious spoilers to those who haven’t seen it, but if you haven’t, put it on your list.

What are your favorite scary movies? Did your faves make it into my list?