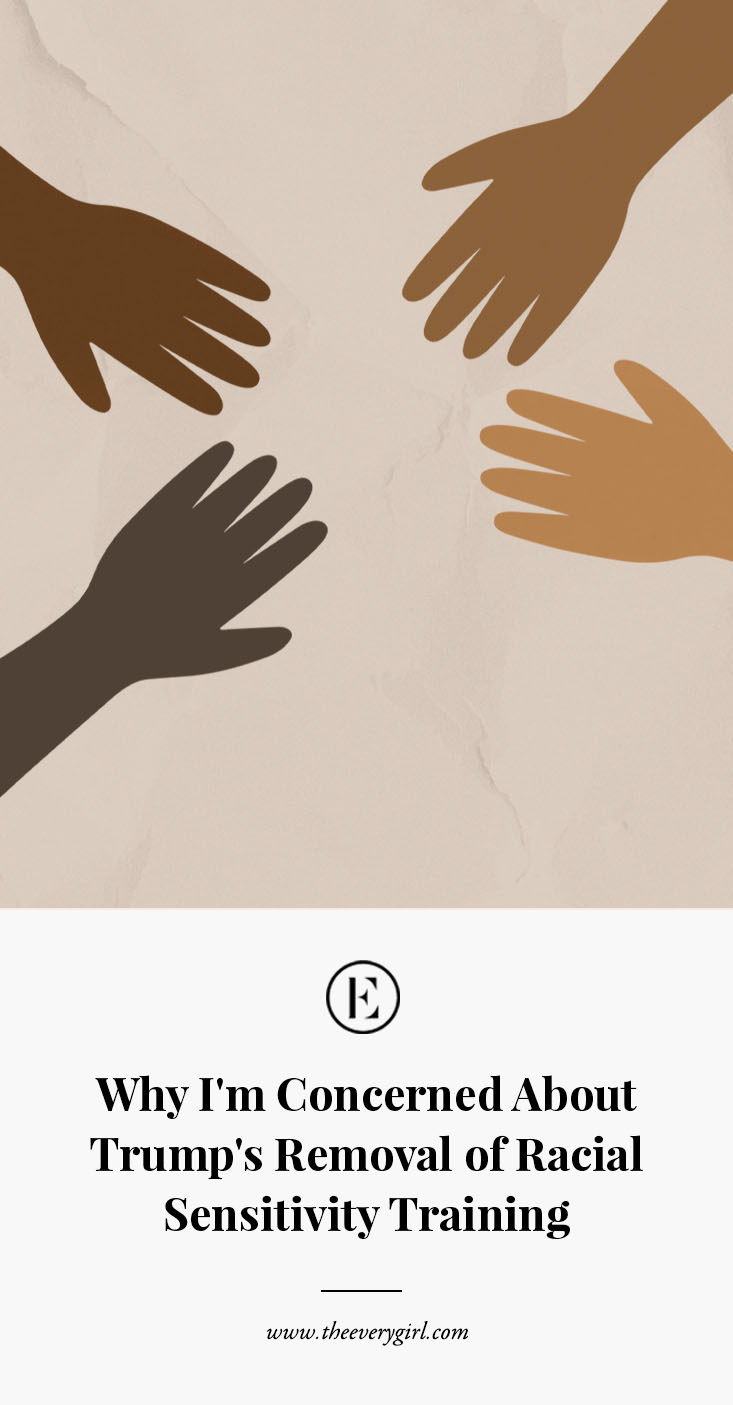 Among the many shocking moments from the current administration, there is something that slipped between the cracks in the seemingly endless news cycle. Trump, through executive order, has demanded that federal agencies (and federal contractors) remove racial sensitivity training. When pressed about the decision during the first presidential debate, President Trump defended his order calling the training “racist.” “I ended it because a lot of people were complaining that they were asked to do things that were absolutely insane,” he said.

Reading about the order and hearing the President’s response left me feeling a certain kind of dread. One quote by George Santayana has really struck me heavily about politics overall, but particularly during this administration, “Those who cannot remember the past are doomed to repeat it.” When we don’t look to our past and our experience, we often suffer the same fate over and over again. The removal of racial sensitivity training is another reminder that the current administration wants to ignore the truths we have learned from the past and sweep them all under the rug.

By signing this executive order, it showed me the current administration wants to pretend like racism doesn’t exist and claims all the inequity people have experienced up until now is gone.

I already grew up in an America that pretended like racism was a thing of the past, having spent my formative years during the ‘90s in suburban Michigan. So, I can tell you firsthand how problematic that is: hearing things like, ‘Well he’s attractive, for an Indian person’ on a regular basis; or everyone assuming my parents didn’t speak English well because of how they looked.

But the thing that has stood out to me the most through the years is “Where are you really from?” When you meet new people in new settings, you might ask them where they are from. If you were asked that question today, what would you say? I say from a suburb of Detroit, usually. I was born in Pontiac, MI but mostly raised in Bloomfield Hills, MI. Sometimes I say from Metro Detroit if I don’t want to get into it. 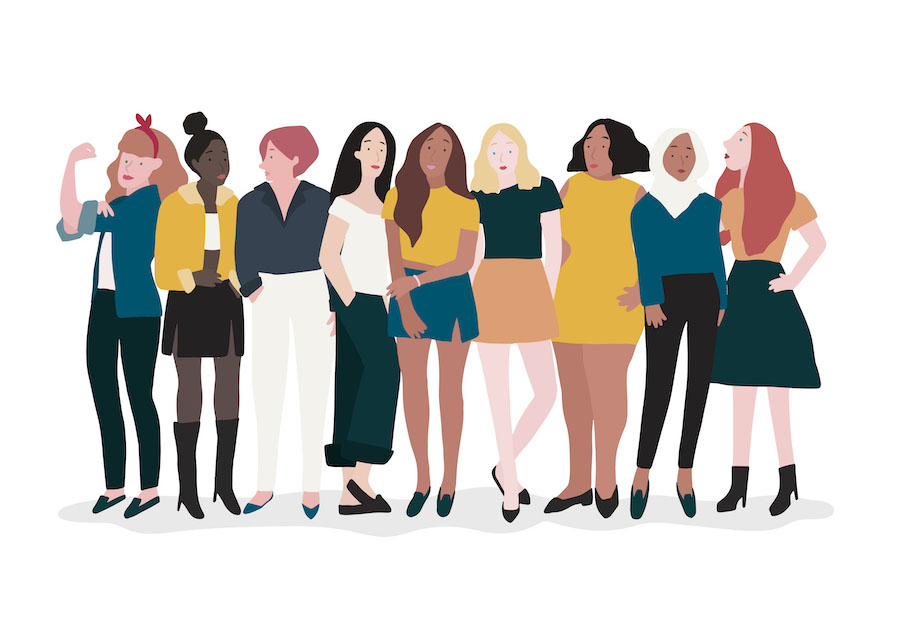 That’s when people pull out the, “No, where are you really from?” The implication is clear: I can’t be from America. My white classmates never were asked this question, even as some of them were literal immigrants or the children of immigrants. The assumption was that they and their families were from America. I was never afforded that luxury, even having been born here. My brown skin certified that I was always going to be seen as from somewhere else.

That’s when people pull out the, ‘No, where are you really from?’ The implication is clear: I can’t be from America … my brown skin certified that I was always going to be seen as from somewhere else.

With the election of a Black president, mainstream media outlets discussed that racial barriers had fallen away. No, we had not yet arrived, but we were now on a positive trajectory to eradicate inequality.

But the comments I heard growing up, I am still hearing. Just last year, I had to explain to a friend’s father that I, in fact, was born here. I even ended up apologizing to him about the confusion. He let me know he wasn’t racist, he was just asking. I didn’t have the guts to ask him if he asks everyone with an American accent that, or just the People of Color he encounters. That’s the world that we still live in.

Racial sensitivity training is about understanding that people have different experiences and that we have to acknowledge them to be able to make a more just world. If you don’t think of a South Asian woman as an American, you don’t have to consider my experience when making laws and policies. You can ignore harassment and violence against people who look like me. You can continue to support politicians who say immigrants from Africa are from shithole countries, but immigrants from Norway are coveted, echoing hyper racist immigration policies utilized by the U.S. until 1965. 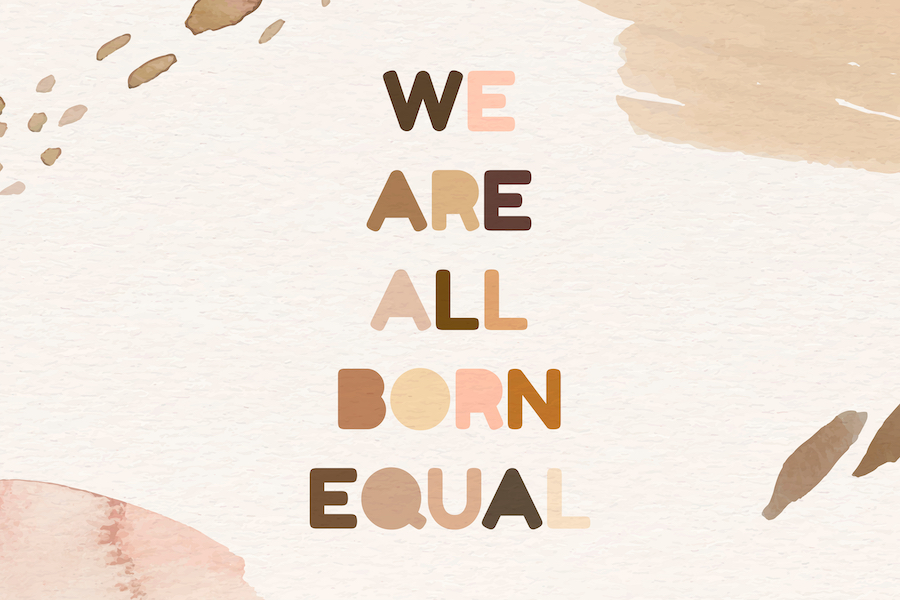 Most people were outraged by Trump’s comments because it was clear he was saying Black immigrants are bad and white immigrants are good. We should also be outraged by the fact that we have been here before, and we’re repeating our past bad behavior. Trump can echo this because the average American is likely not informed on the Chinese Exclusion Act or even the Immigration Act of 1965. Therefore, they don’t know what the IA of ’65 rectified and what consequences it had, both intentional and unintentional. Imagine what kind of policies we could have if we looked back and said, “Hey, having quotas for different countries is problematic. Maybe we should try something completely new.”

As a society, we are raised to be so terrified of scars. We have made it so that we cannot acknowledge our past mistakes, we can only pretend to be perfect. So, no one wants to be accountable; they’d rather pretend it never happened. By signing this executive order, it showed me the current administration wants to pretend like racism doesn’t exist and claims all the inequity people have experienced up until now is gone.

By signing this executive order, it showed me the current administration wants to pretend like racism doesn’t exist and claims all the inequity people have experienced up until now is gone.

We are far past the point of arguing whether racism exists today or not. It does. It’s systemic in nature and particularly revealed by the pandemic. The only thing we can concern ourselves with now is how to stop it.

As we teach and raise children in the 21st century, we know that we can’t keep sweeping issues under the rug and expect them to go away. As parents, teachers, and leaders we know better. If you don’t tackle a challenge head-on, it will keep tripping you up when you least expect it. If we want our children to build a brighter world, we have to tell them the truth of where we are and how we got here so that they can do better.

This article was originally published on The Everymom on October 14, 2020.