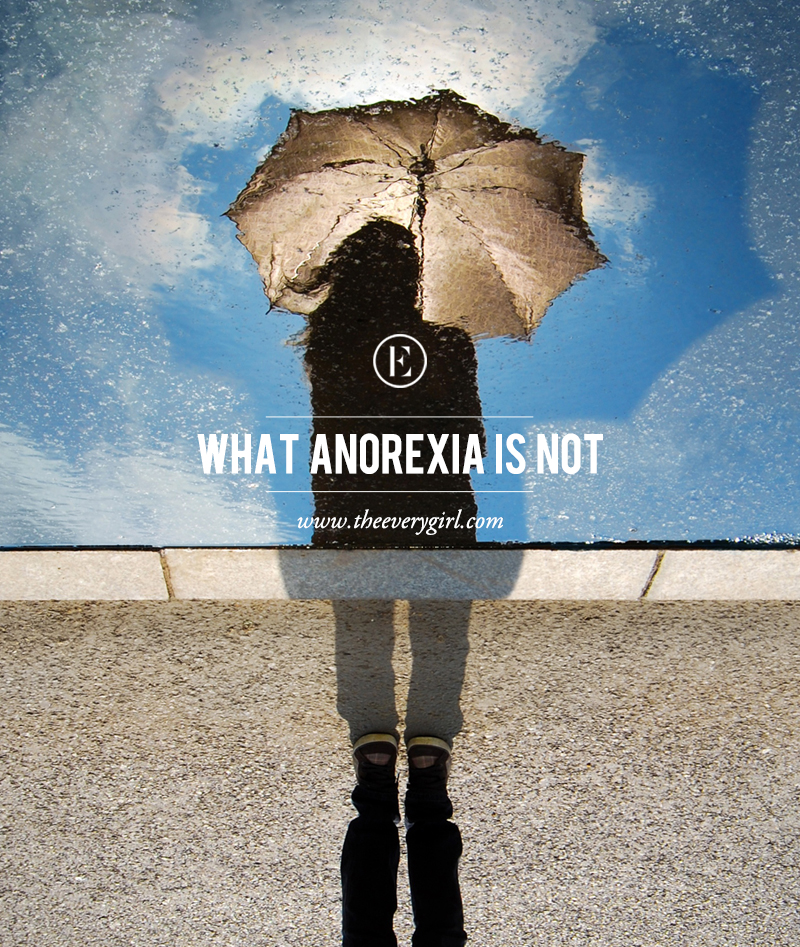 5+15+45+135… I added the numbers up in my head diligently, careful not to mess up. If I got distracted, I started again from the beginning. I was in math class but not focusing on the algebra worksheet in front of me. Rather, I was counting every calorie I had consumed that day.

Over and over again throughout the day, I would count to make sure that I hadn’t missed a single stick of gum, drop of jam, or stalk of celery. Even a Tic Tac’s measly two calories had to be factored in. This obsession left no room for thinking about friends, family, schoolwork, or even fun. As a 14-year-old high school freshman so concerned with calories, weight, the fat on my thighs and self-hatred, I was completely adrift from everyday life.

The summer between my freshman and sophomore year, I was formally diagnosed with anorexia nervosa. According to the National Eating Disorders Association, anorexia nervosa is a serious, potentially life-threatening eating disorder characterized by self-starvation and excessive weight loss. According to society, it’s a whole lot of things, most of which are based on misconceptions.

I can tell you five things that anorexia is not:

An insecure girl who thinks she’s fat. Contrary to popular belief, anorexia is not always the result of a person believing he or she is fat. Often times a person falls into obsessive eating behaviors in order to feel a sense of control among the chaos in his or her life. In my case, I was a healthy teenager who loved her body and food. However, during a pivotal time of significant change, confusion, and insecurity, I turned to healthy eating as a way to bring control into my life. What I considered a healthy lifestyle choice soon spiraled into excessive weight loss, obsession, and depression.

A cry for attention. People with anorexia do not choose to have anorexia for attention. In fact, it is quite the opposite; more often than not, those of us who have had or have anorexia nervosa would rather just disappear from the world. I did not think anyone noticed my rapid weight loss or strange eating habits, and I actually prayed that they wouldn’t. I hid my actions to the best of my ability, sometimes starving myself all day so I could eat a small dinner in front of people. I brushed off others’ comments and became an excellent liar in order to keep attention away from what I was really going through.

Something that can be cured if a person “just eats.” Because losing weight is often only an outward manifestation of anorexia nervosa, eating is only part of the solution. The real issues are incredibly complex: depression and anxiety must be overcome; control must be relinquished; fears must be faced; health must be restored. Even once a person with anorexia begins to reintroduce regular eating and “normal” foods, the battle is far from over. Anorexia lingers long after a sufferer gains weight and “just eats.”

An issue that affects only women. According to NEDA, 20 million American women and 10 million American men will suffer from a clinically significant eating disorder (including anorexia) in his or her lifetime. Anorexia can strike anyone at anytime for a variety of reasons. However, eating disorders are more common among runners, dancers, gymnasts, and wrestlers, male and female alike. What starts as an effort to excel in competition or fend off low self-esteem soon becomes an out-of-control obsession.

Something you simply get over. Society tends to assume that being anorexic means that one must be ultra thin and avoid food. It also assumes that once a person returns to a healthy weight, his or her anorexia is gone. “You look great!” are words of encouragement and congratulations that I often hear for “overcoming” anorexia. If only. As much as I appreciate the kind words and as much as I wish it weren’t true, eating disorders do not magically disappear. Although I may be much healthier than I was at 14, I can assure you that I am not over anorexia. Never a day goes by that I do not contemplate each bite that I consume, grab the fat around my belly, stare frustrated in the mirror over and over again, or worry that I am not burning enough calories. I must use every ounce of willpower I have to stay mentally and physically healthy, and I’m not sure I will ever completely move past the struggle.

Despite the struggles of these past 14 years, I’ve become a stronger, better person in a lot of ways. I have learned the power of my own body and mind, moving past the shame to share my story and help others.

I have learned the danger of passing judgment, for we all are fighting battles others know nothing about. Responding with empathy and compassion (as so many did for me) can truly work wonders.

Most importantly, I have learned the true meaning of beauty. Even though I continue to have my own struggles, I am careful to never use the term anorexic loosely and am mindful of how I talk about food, bodies, fat, beauty, and weight. Beauty has never been and will never be about the numbers, as easy as it is to obsess over them, but rather how a person feels about themselves deep within their soul.

If you think you or someone you know is struggling with anorexia nervosa or another eating disorder, call the National Eating Disorders Association helpline at (800) 931-2237.