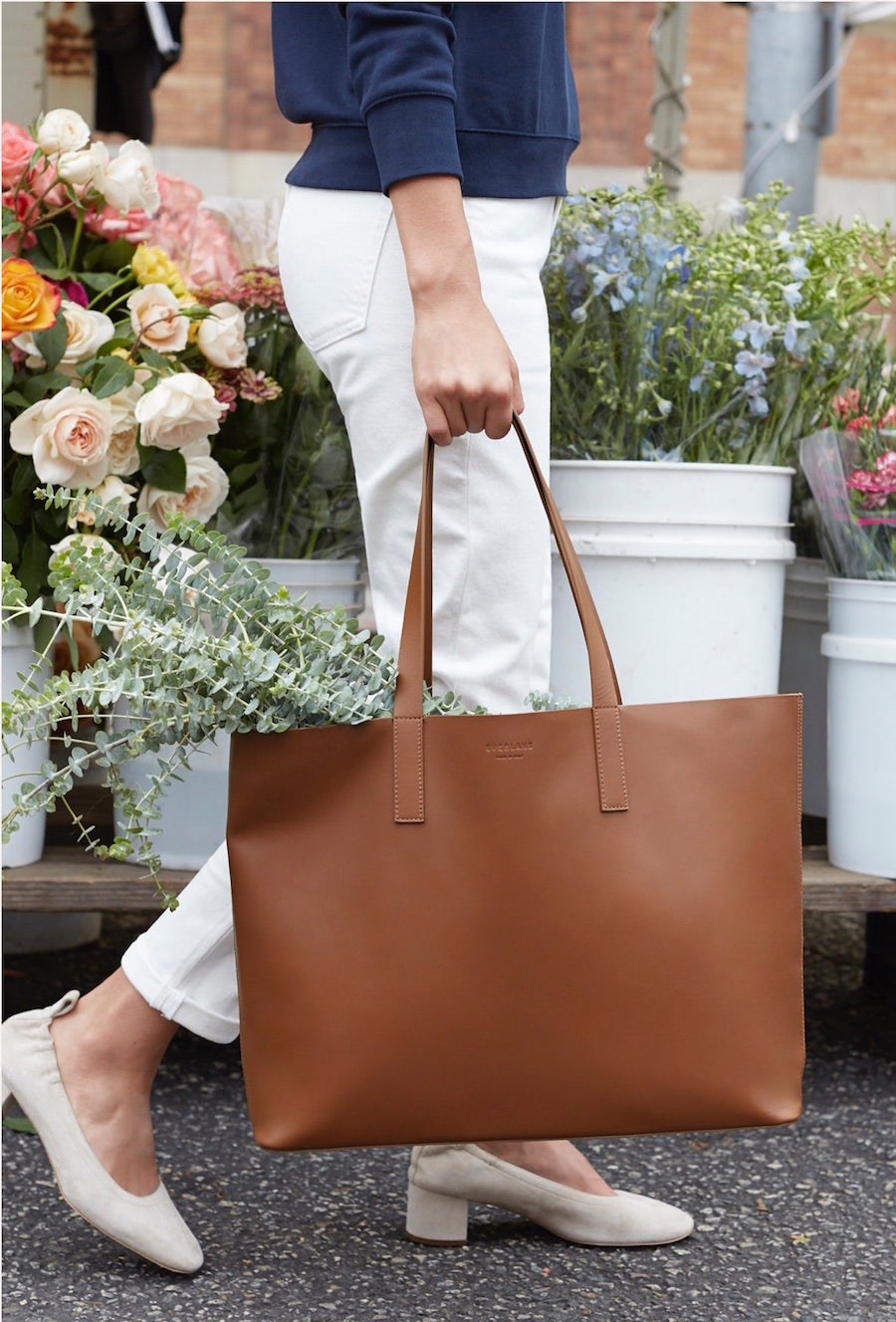 Everyone, stop what you’re doing right now — Mercury is officially in retrograde (AKA the world just might end).

If you know anything about astrology (or anything besides your zodiac sign — Sag here!), then you’ve probably heard of Mercury Retrograde a few times and wondered why everyone thinks it’s going to wreak complete havoc on their lives.

Ever have a week (or three) where everything feels like it’s going wrong? You lose your wallet, your laptop crashes when you have five work projects due in the next week, you and your significant other get into a fight, traffic is out of control making you late to work. Then, when you think it can’t get any worse, you can’t find a time to meet up with your BFF for a much-needed girls night, the cashier at 7/11 comments on the third bag of Flaming Hot Cheetos you’ve bought in a week, and you spilled coffee on your new white sweater. Is the universe out to get me? Did someone put a hex on me? What’s the sitch?

What exactly is it?

Let’s take this back to high school astrology! Retrograde happens when Mercury, the planet closest to the sun, appears to be rotating backward in the sky to the human eye. It’s not actually moving backward, but it appears that way based on how it passes earth in its orbit. Imagine riding a train or driving along the highway and another vehicle passes. An optical illusion happens, making it look as though the other train or car is moving backward.

So, what does it do?

Mercury is the planet of communication as well as transportation, travel, and technology. So, when it’s in retrograde, these areas of your life might seem very fragile. Think: you accidentally hit “reply all” to an e-mail that was not meant for all, or your computer crashes, and you lose all of your photos.

If you were born during a retrograde, you might actually become more productive and have a clearer view during this time. It doesn’t all have to be bad!

What makes this one different?

In 2018, there are three retrogrades: March 23 to April 15, July 26 to August 19, and November 17 to December 6. This last retrograde starts in Scorpio, known for its mysteriousness and deep need for trusting relationships, and ends in Sagittarius, who is outspoken, argumentative, and honest.

Expect truths to be revealed during this retrograde. All those skeletons in your closet might also come to light, so be prepared to revisit. Issues of last year’s retrograde in Sagittarius (Dec. 3-22, 2017) might come up again as well. If last year you experienced a break-up, had a fight with a friend, or didn’t get that promotion, these situations might arise again or come back in some way. You’ve been through it once before though, so you’ll handle it with much more strength and resilience this time!

As you can see, there are some overarching themes of a Mercury retrograde, but its impact really matters based on your specific Zodiac sign.

Aquarius (Jan. 20 – Feb. 18): Aquarius is the sign of relationships, so pay attention to your friendships during this period. Don’t let miscommunication and petty arguments get in your way.

Pisces (Feb. 19 – March 20): Stick with your creativity as a form of self-care. Pisces governs illusion whereas Mercury rules over logic, so this period might get overwhelming and stressful.

Aries (March 21 – April 19): Don’t send the angry text! You can tend to be impulsive and rash, and all this miscommunication energy is steering you in the wrong direction. Employ your active listening skills, and think before you respond.

Taurus (April 20 – May 20): Taurus is known for patience, so make use of that during retrograde when everything seems rushed and irrational.

Gemini (May 21 – June 20): Gemini rules over communication just as Mercury, so you should expect some miscommunication issues during retrograde. You’ll probably feel retrograde much more than other signs.

Cancer (June 21 – July 22): Take this time to finish up old projects, as emotionally lead Cancer might experience exasperation when completing tasks with others. Also, as a sign that experiences immense nostalgia, be careful interacting with past friendships or relationships.

Leo (July 23 – Aug. 22): Leo’s are often big spenders, but this isn’t the time to empty your savings. This also isn’t a good time to do any selling or trading. Instead, use this time to analyze and rework your budget (or make one if you don’t already have one!).

Virgo (Aug. 23 – Sep. 22): The workplace might not be as lively and cheerful as you’re used to. Technology might fail you, and coworkers might become irritable. Use your detail-oriented, organized manner to provide a sense of order to your office.

Libra (Sep. 23 – Oct. 22): Libra represents beauty, charm, and grace, so a retrograde in Mercury often puts them out of balance. Use this time to rejuvenate and relax, rather than changing up your hairstyle or wardrobe to feel at ease again.

Scorpio (Oct. 23 – Nov. 21): Scorpios are known to be secretive, which means they should be aware of their secrets being revealed during retrograde. Keep a journal or confide in a close friend.

Sagittarius (Nov. 22 – Dec. 21): As much as you love to travel, Sag, hold off until December 7th. As Mercury rules travel, you should expect delays, wrong directions, long wait times, and automobile trouble. Sags are also known to be impatient, but during retrograde, you should focus on the process rather than getting right to the end result.

Capricorn (Dec. 22 – Jan. 19): If you experience family or friend drama, try your hardest to stay out of it, regardless of how much you’d like to add your two cents.

A few tips for getting through retrograde

Back everything up to the cloud

Don’t be surprised if technology fails you this retrograde. Take the time now to back everything up: documents, photos, the song lyrics you wrote about your 9th grade boyfriend, you name it. If you want it, back it up to the cloud or to an external hard drive.

Think twice before signing any contracts

You don’t really want to make any big life commitments while Mercury is in retrograde. Focus on renewing previous commitments (remember that gym membership? that expensive water bottle you bought to help you drink more water?) rather than starting new ones.

If it seems like you’re the only person struggling through this period, think again. Understand that this is just a short blip in time, and although cliché, this too shall pass.

If an old flame enters your life again, use it as closure

You might see a familiar face or two roaming the aisles of the grocery store or out with friends. While it might seem tempting to rekindle the flame, remind yourself that these people are part of your past for a reason.

Communication is awry during this time, so make sure everything you’re saying is actually what you mean. Mercury retrograde is basically a real-life iteration of Justin Bieber’s What Do You Mean, except without the weird kidnapping storyline.

Hello Black Friday and Cyber Monday purchases! If you ordered the perfect gift for a friend or yourself (No shame, it’s retrograde. You deserve it!), make sure to add tracking or pay attention to where the package is going.

Whether it’s just getting to the office or if you’re getting on a plane for Thanksgiving, get in the car or call your Ubers or taxis as early as possible! Mercury retrograde is known to delay both traffic and flights.

If you’ve always had an inkling to start a business, go back to school, or do something new with your life, wait until Mercury retrograde is over. Finish what’s on your to-list now, and focus on starting new once the planets align again. Retrograde is a great time to handle unfinished business!

Don’t make too many splurges

We know with the holidays coming up, it’s pretty hard not to spend money, but Mercury retrograde is not the time to spend your hard-earned cash. Instead, focus on one or two investments or wait until after retrograde to make all of your purchases. There will be more sales. We promise!

How do you deal with Mercury retrograde?! Have you ever noticed its effects, or is it just a bunch of crazy to you?  😂 Let us know in the comments below!