Let’s be real. Whether it’s for work or play, we’re online 24/7. And sometimes—far more often than we probably admit—we need a break from tech. That’s why reading is so nice. It lets us step away from our crazy, hectic lives and, most importantly, our screens. The problem, then, is figuring out what to read. That’s where we come in.

While Latinx Heritage Month (Sept. 15 to Oct. 15) is a time to celebrate Latinx Americans, these Latinx authors and their amazing books deserve support year-round. Whether you’re looking for a more lighthearted read, something inspirational, or something that sheds light on the struggles faced by the Latinx community, these books should be at the top of your to-read list.

These books are highly recommended by readers on Goodreads, one of the most popular websites for book lovers everywhere. Read on for some new books by Latinx authors to add to your bookshelf ASAP. 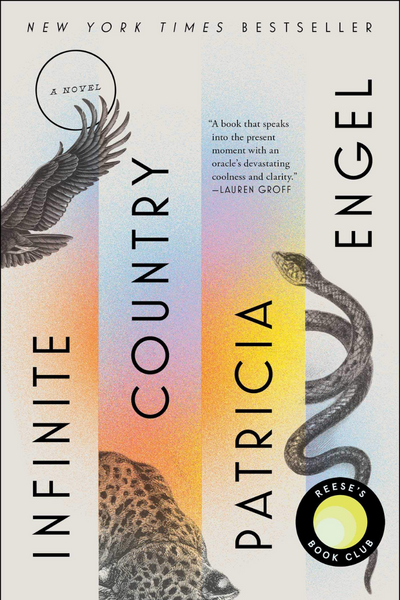 After half a century of violence in Colombia, life is brutal for Elena and Mauro, a young couple in Bogotá. When their first daughter is born, they set their sights on the United States. However, that’s far from the end of their story. In Infinite Country, readers are given a front-row seat to the daily reality of the undocumented in America and what happens when a family is split up. 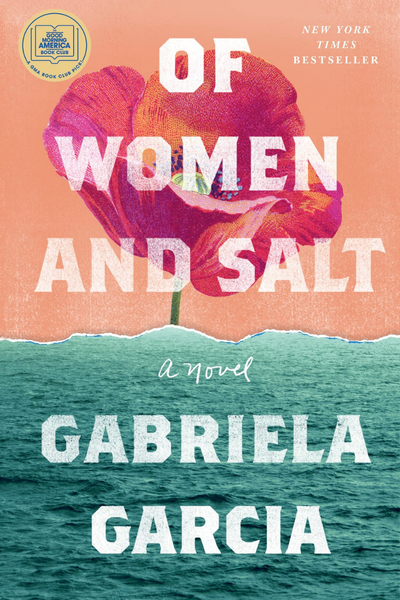 Of Women and Salt

Jeanette is desperate to learn more about her family history, but her mother Carmen, a Cuban immigrant, is reluctant to share. Steadfast in her quest for understanding, Jeanette travels to Cuba to see her grandmother and reckon with secrets from the past destined to erupt. 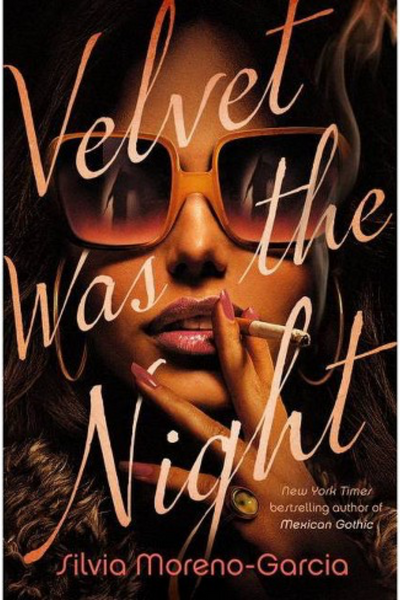 Velvet Was the Night

In 1970s Mexico City, Maite is a secretary who loves to escape into stories of passion and danger. Leonora, a beautiful art student, seems to live the kind of life that Maite envies. When Leonora disappears under suspicious circumstances, Maite finds herself searching for the missing woman—and journeying deeper into Leonora’s secret life of student radicals and dissidents. But Maite isn’t the only one looking for Leonora. 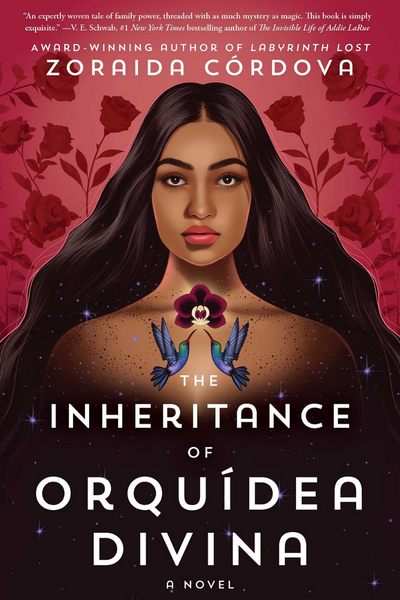 The Inheritance of Orquídea Divina

The Montoyas are used to a life without explanations. They never wonder why the pantry never seems to run low—or even empty—or why their matriarch, Orquídea Divina, refuses to ever leave their home. But when Orquídea invites them all to her funeral and to collect their inheritances, they hope to finally learn the secrets she’s kept buried for so long. However, they’re left with more questions than answers. 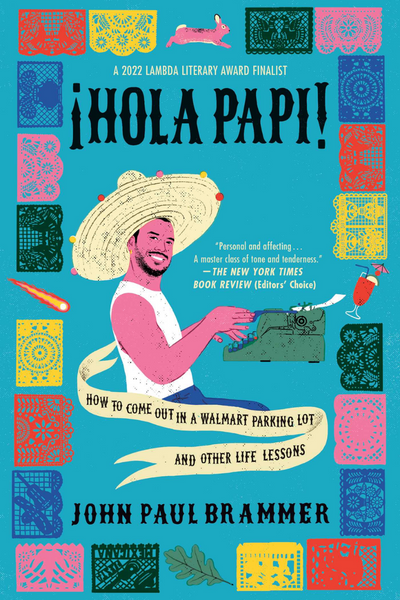 In ¡Hola Papi!, JP shares his story of growing up biracial and in the closet in America’s heartland while attempting to answer some of life’s toughest questions: How do I let go of the past? How do I become the person I want to be? Is there such a thing as being too gay? Should I hook up with my grade school bully now that he’s out of the closet? They're questions we’ve all asked ourselves, surely. 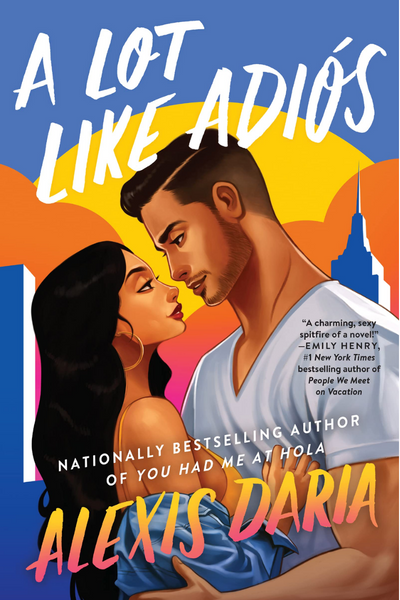 After burning out in her corporate marketing career, Michelle Amato has built a thriving freelance business as a graphic designer. So what if her love life is nonexistent? She’s perfectly fine being the black sheep of her marriage-obsessed Puerto Rican-Italian family. Besides, Gabe, the only guy who ever made her want "happily ever after," moved across the country and left her behind 13 years ago. 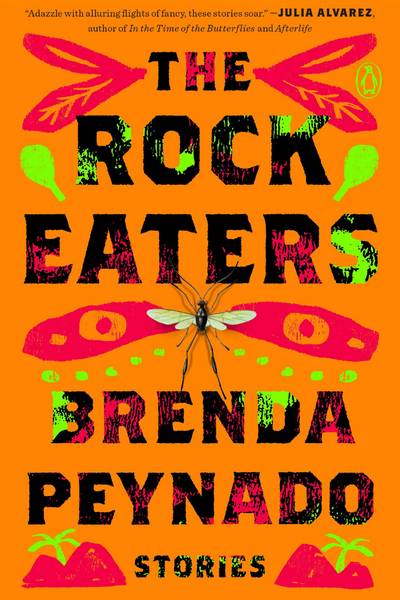 In this collection of stories by Brenda Peynado, she explores what it means to cross borders and break down walls, personally and politically. Stories contain elements of science fiction, fantasy, and magical realism to reflect the nature of humanity and our flawed world. 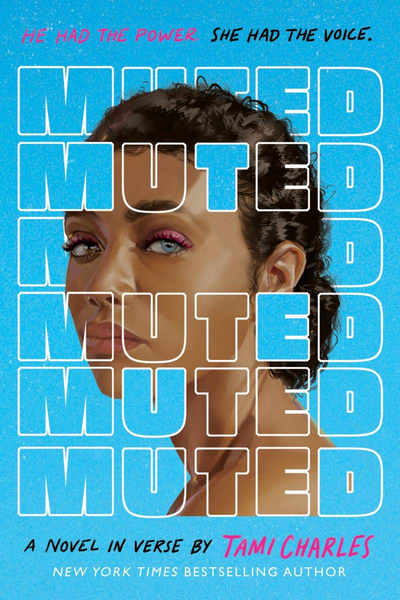 Seventeen-year-old Denver uses music as an outlet and a way to escape her very small, white hometown. When she and her friends work their way into the orbit of the biggest R&B star in the world, Denver finally thinks she’s found a way out. However, she begins to realize that the music industry is not everything she thought it would be. 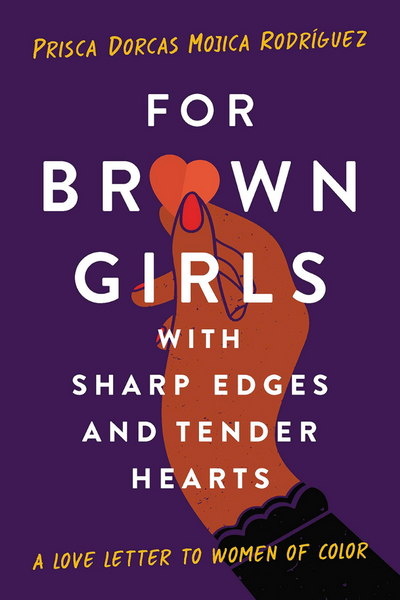 For Brown Girls with Sharp Edges and Tender Hearts

In For Brown Girls with Sharp Edges and Tender Hearts, Prisca Dorcas Mojica Rodríguez offers wisdom and a liberating path forward for all women of color. She crafts powerful ways to address the challenges Brown girls face, from imposter syndrome to colorism. She empowers women to decolonize their worldview and defy “universal” white narratives by telling their own stories. Her book guides women of color toward a sense of pride and sisterhood and offers essential tools to energize a movement. 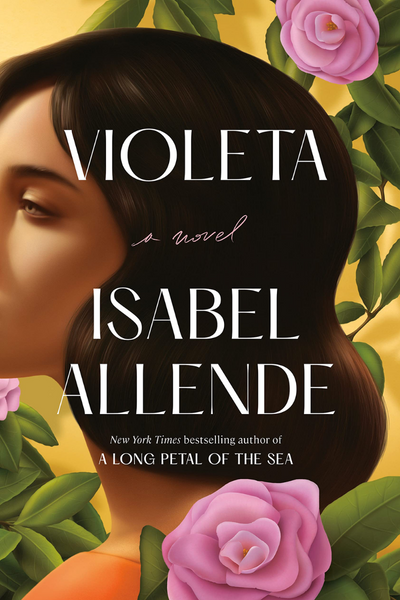 Violeta del Valle's life will see some of the greatest and most tragic events of modern history. Born in 1920, she will live through the Great Depression, the Women's Rights Movement, and more than one global pandemic. Told in the format of a letter, you will be inspired by the grace Violeta portrays throughout her hundred years of life. 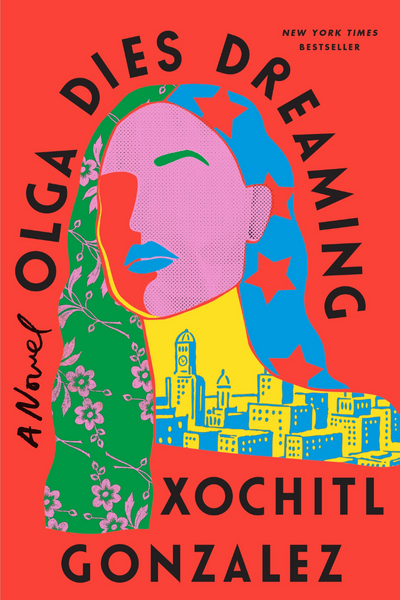 Olga and her brother Pedro have each made names for themselves in their home of New York City. He as a congressman and she as popular wedding planner. Though her experience orchestrating the perfect love story is unmatched, she can't seem to secure love for herself. That is until she meets Mateo, who pushes her to recognize how her family's past has affected her. The siblings were abandoned by their mother at a young age, but when a devastating hurricane hits Puerto Rico, they find their mother abruptly pushed back into their lives. 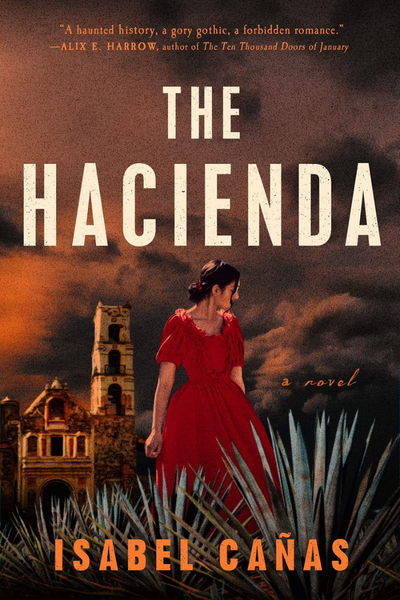 When Beatriz's father is executed after the Mexican Government is overthrown, she finds herself, home, and sense of security shattered. When she is proposed to by Don Rodolfo Solórzano her longing for security is greater than her fear of the rumors she heard of his first wife's untimely demise. Moving into his secluded estate, she feels she has finally found sanctuary. That is, until she starts seeing visions and hearing voices in her sleep. When no one believes her about the evils of the home, she must turn to an unconventional priest for help. 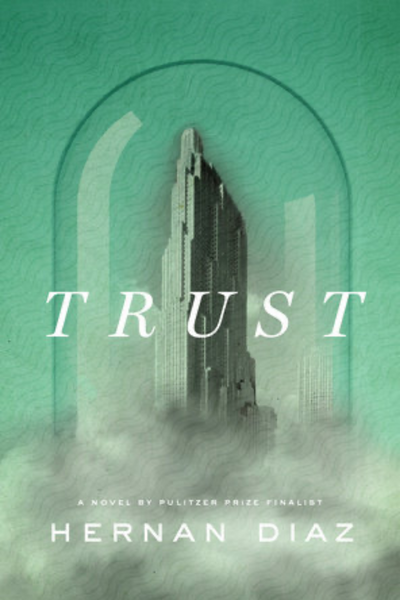 Benjamin and Helen Rask are some of the most affluent members of society in New York in the 1920's. He is a successful Wall Street businessman, and she is the daughter of prosperous aristocrats. But no one can stay at the top forever, and rumors about where their wealth came from start to spread throughout the community. The pedestal they are on may just fall after all. 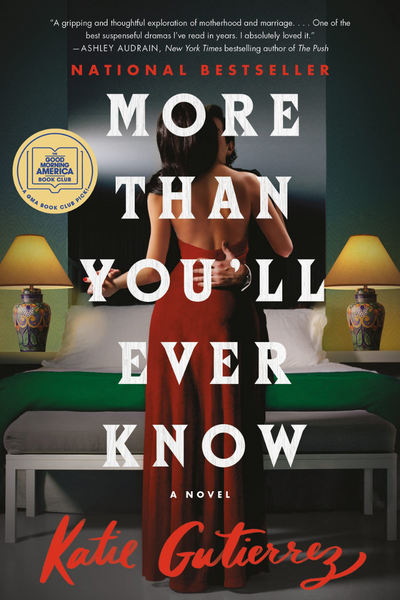 More Than You'll Ever Know

Dolores “Lore” Rivera has been living a double life, splitting her time between Loredo, TX and Mexico City, where she has a separate family in each. When one husband finds out about the other, he is arrested for murdering Lore's other partner. When true-crime writer Cassie Bowman hears of the case, she is fascinated by Lore's story and wants to find out exactly how a woman could lead separate lives in that way. When she starts asking questions, though, she realizes there may be much more to it. 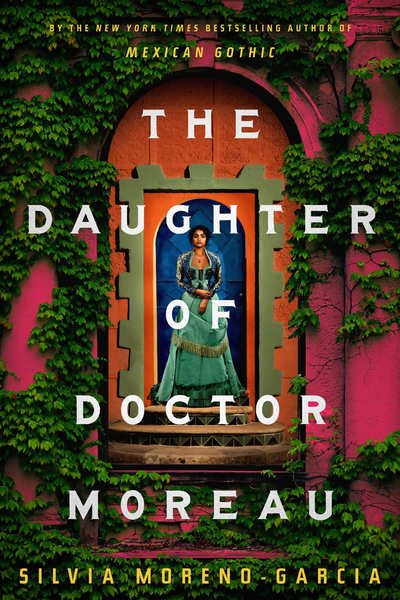 The Daughter of Doctor Moreau

In this historical, sfi-fi tale, Dr. Moreau, who may be somewhat of a mad scientist, has created obedient "hybrids" made of both man and animal in his luxurious jungle estate. Also living on the estate is Dr. Moreau's daughter, Carlota, and his assistant, Montgomery Laughton. Upon the arrival of Eduardo Lizalde, the son of one of Dr. Moreau's patrons, their unique but stable existence on the estate is jeopardized. 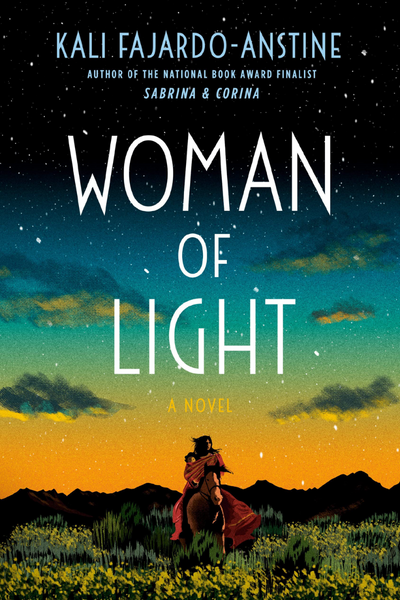 Luz "Little Light" Lopez finds herself alone in Denver in the 1930's after her brother is ran out of town by a white mob. The two were part of an Indigenous Chicano family, and upon being left alone, Luz begins having visions of life in her homeland known as the Lost Territory, her ancestor's origins, and the devastating events that forced her people out of their home. She learns that it is her duty to make sure the stories of her people are remembered. 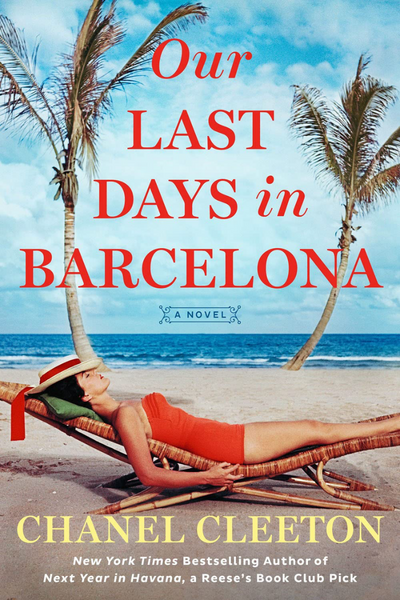 Our Last Days in Barcelona

When Isabel Perez's sister Beatriz goes missing in Barcelona in 1964, Isabel must rush to Spain to find her. With the help of an unlikely ally, she uncovers aspects of her sister's life she didn't know about. Back in 1936 in Barcelona, Alicia Perez and her daughter Isabel have arrived after a difficult journey from Cuba. On the brink of a civil war in Spain, many Cubans come to join the International Brigade, including a long lost love of Alicia. See the parallels between mother and daughter when the past and present collide. 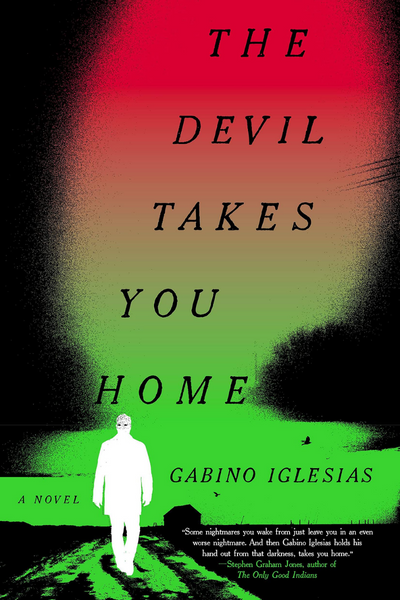 The Devil Takes You Home

Mario must take a job as a hitman after becoming engulfed in debt from a medical diagnosis his daughter received. After a tragic event occurs and he needs to get out of the business, he agrees to take on one final job. Mario must hijack a cartel's cash shipment before it can make it to Mexico. As he embarks on the job with the help of two other complex men, it becomes clear that each will be forever changed by this experience. 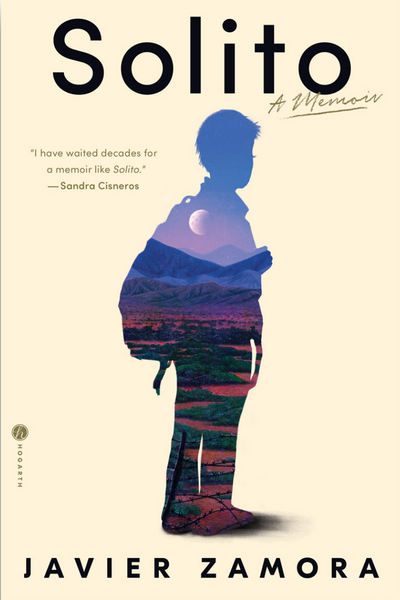 In the harrowing memoir of Javier Zamora, he shares his journey from El Salvador to the United States through Guatemala and Mexico. Leaving his grandparents and aunt behind to be reunited with his mother and father who went to the US years before, Javier finds himself with a group of strangers and a coyote, all of whom become a new sort of family for him. 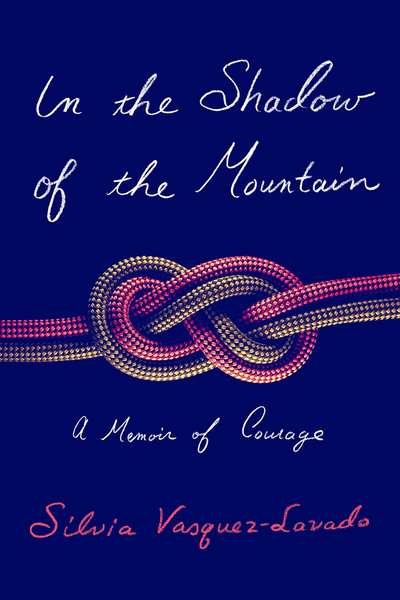 In the Shadow of the Mountain: A Memoir of Courage

Though wildly successful in the tech world of Silicon Valley, behind closed doors Silvia Vasquez-Lavado was dealing with the trauma of her abusive past and the troubles of her present. It was then that she gathered a group of other survivors and they set out together to tackle Mount Everest. In the inspiring memoir, learn about the struggle, perseverance, and support it took to help one another to the summit of the mountain and what they were able to learn about life while doing so. 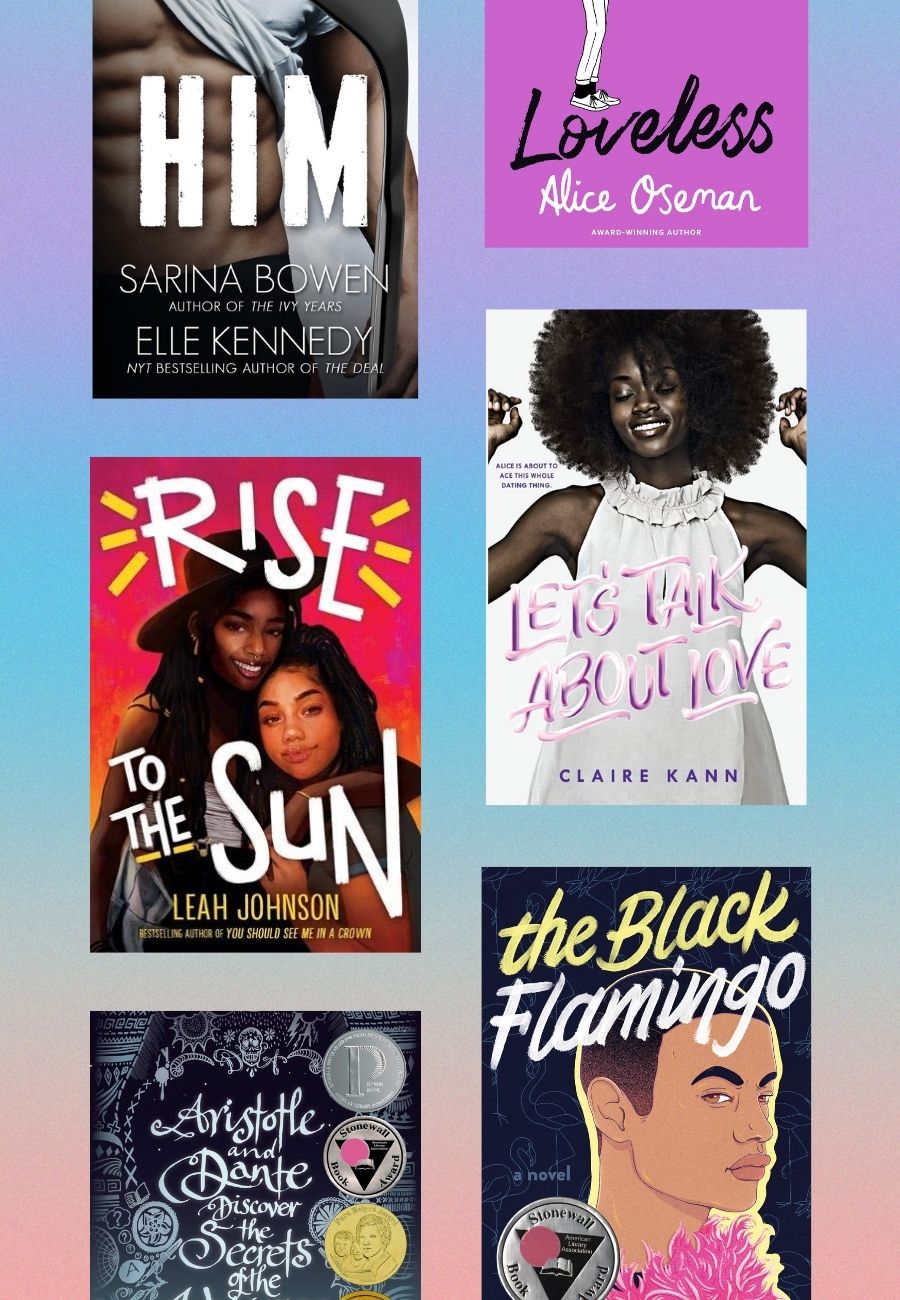