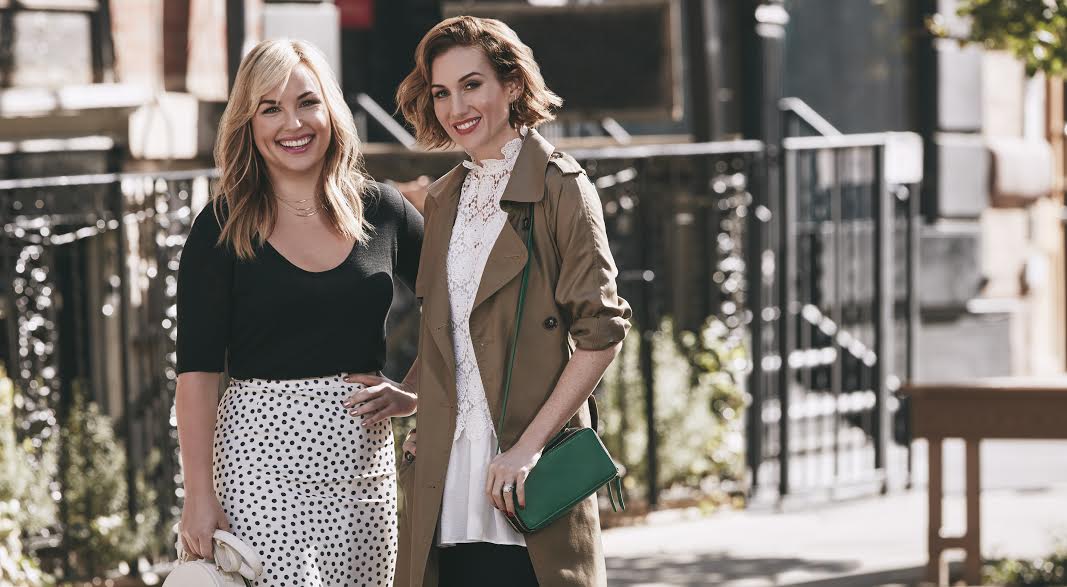 There’s no denying it takes a lot of gumption to leave an editor position at ELLE magazine to start your own business, but Hillary Kerr and Katherine Power, co-founders of Clique Media Group, have it in spades.

If you think you haven’t heard of these women before, think again. Byrdie, MyDomaine, and Who What Wear all encompass some of the most relevant and popular online content to date, and they’re also all owned by (you guessed it!) Clique Media Group. Hillary and Katherine credit their social media strategy as being a key player in their impressive growth, noting they first launched their video series to promote Who What Wear to the most relevant social media platform in 2007: MySpace. (Let’s all take a second and let that sink in.)

To this day they continue to stay abreast of the latest digital trends and utilize social media platforms before all others in their field, right down to being the first fashion publisher on Snapchat in 2013. In addition to their three websites and social media brands, they’ve also just launched their third book The Career Code, a practical guide for creating a smart, strategic, self-made career, which just so happens to hit stores today. And if our interview is any indication of what we can expect from the book, consider us sold!

Today they’re telling us why they decided to leave ELLE magazine, the strategies they use to expand their team, and how they have maintained a healthy and successful business partnership over the last decade.

What was your first job out of college and how did you land that position?

HK: My first full-time job after graduate school was an editorial assistant position in ELLE’s features department, in the magazine’s New York office. I had interned at a number of fashion magazines in grad school, and sent my resume to ELLE’s HR department once I’d graduated. I submitted my resume on a Monday, interviewed on Wednesday, was offered the position on Friday, and started that following Monday. It was a quick turnaround!

KP: I actually didn’t go to college; so, my first job was working at my grandmother’s retail store and I was a pretty good salesperson. I got my first ‘real’ full-time job when I was 17 and was hired as an assistant to a film producer at Touchstone after interning for the same producer.

Let’s start at the beginning. Before Clique Media existed, you were both editors at ELLE. How did the idea for WhoWhatWear come about?

It really came from a number of places, but first and foremost, we saw that there was a lack of great editorial content online in the fashion, style, and shopping space, and thought that we could create something approachable, inspirational, informative, and amazing. 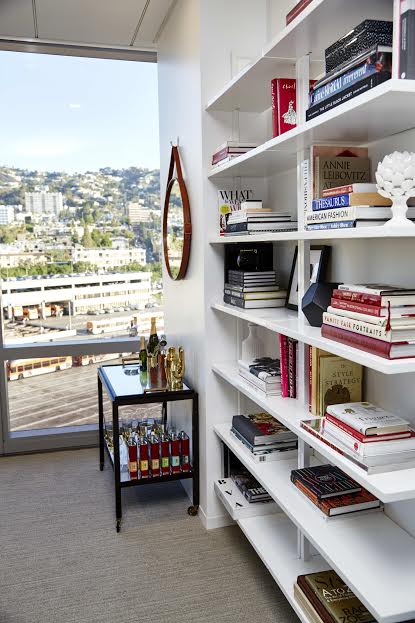 Leaving an editor position at a magazine like ELLE couldn’t have been an easy decision. What ultimately made you decide to move on with your own business?

In 2005 and 2006, we saw a number of print magazines fold, with some of them becoming online-only properties, and we realized that digital content was a uniquely interesting, wildly undervalued space where we could really make an impact. 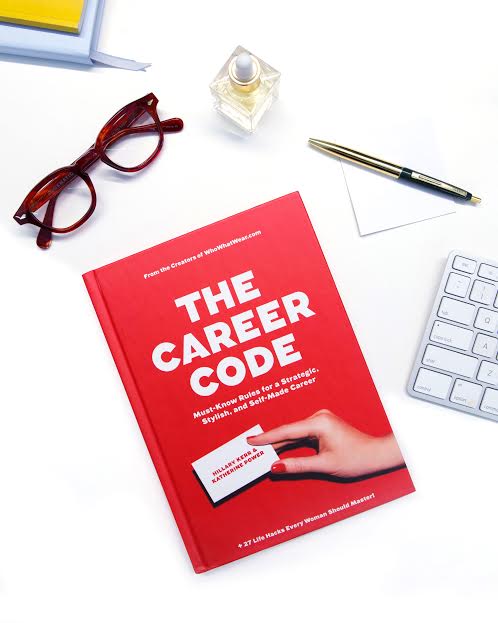 How did you market the site when you first started? What kind of initial investment or capital was required?

Social media has always played a huge role in our marketing strategy from day one. Over the past decade, the platforms have changed and evolved, of course—for example, when we launched, MySpace was the key place for us to expand our audience—but being able to attract new readers via social media has always been a key part of our plan. In terms of initial investment, we had very little; our own savings, plus, after we’d been up and running for a few months, we took a very small amount of seed investment from our first angel investors.

Since then, you’ve grown from one website to three, and also launched Obsessee, your newest social-media-only brand. How did each new addition come about, and how did you know it was the right time to launch additional sites? Was there any hesitation about expanding?

The additional sites and brands have really come about in a very organic way. We included beauty content on WhoWhatWear.com for a few years before we created Byrdie.com, our beauty site, because we knew there was an audience for it and to test what worked, and MyDomaine.com evolved naturally out of our growing interest in the home and lifestyle space. 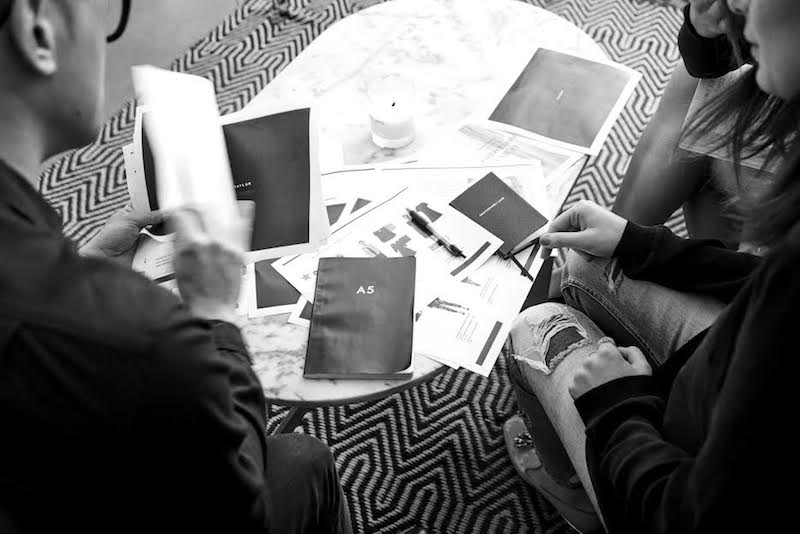 How have your roles in the company evolved since you first launched in 2006?

In the beginning, we were doing absolutely everything ourselves, since we were the only two employees for quite a while, so things have definitely evolved quite a bit since then. As CEO, Katherine drives the business operations, advertising, and brand partnerships, while I focus on ideation for special projects, like our latest book, The Career Code, or creating new content series, as well as working with our sales and marketing team for consumer-facing initiatives and on client relationships.

If you were starting from the ground up and had to launch WhoWhatWear all over again in 2016, how do you think your strategy would differ from launching in 2006?

We would go back in time and force ourselves to learn how to code, but other than that, we wouldn’t change much. We learned from experimenting and making mistakes, and that kind of hands-on understanding is really important.

We learned from experimenting and making mistakes.

When it came time to form your partnership as co-founders, how did you decide to handle workflow and responsibilities? Do you each have your own areas of expertise?

We’ve always said that the Venn diagram of our skill sets doesn’t have a huge amount of overlap, and I think that’s always been helpful. We definitely have our strong suits and appreciate that about each other. So much of it worked itself out in a very organic way, and ultimately the thing that has allowed us to navigate a decade of work together is the fact that we treat each other with respect.

Tell us about your staff and how its grown over the years. How and where do you typically find the candidates for your team?

They come from so many different places—many of them find and court us, some come from recommendations from our board, as well as our most trusted advisors and colleagues, while others we meet because we like the work they’re doing, and eventually find a way to work together. This year we hired our first full-time recruiter to help with the talent acquisition process, too. 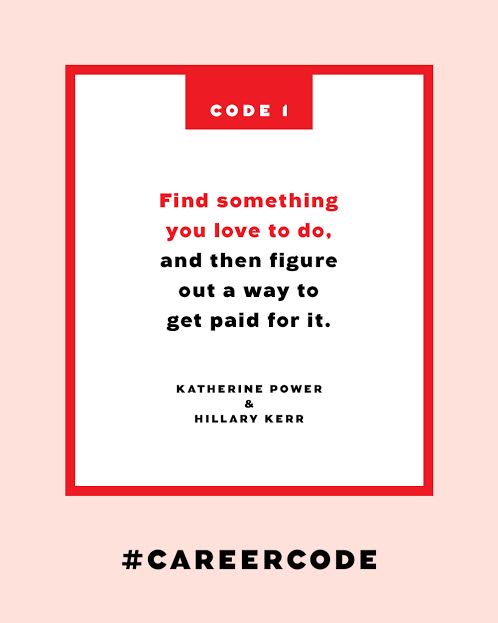 What is one marketing tool you’ve had the most success with in growing Clique Media and the sites behind it?

Social media is far and away the most important marketing tool for Clique Media Group. We’ve always been early on each platform and created unique content for our audiences there. For example, way back in 2007, we used MySpace as one of our distribution platforms for our first video series. Since then, we’ve continued to embrace new social media platforms as they develop and become relevant to our audience, down to being the first fashion publisher on Snapchat in 2013.

Learn how to code!

In addition to your media business, you’ve also co-authored two books: Who What Wear: Celebrity and Runway Style For Real Life (Abrams, September 2009) and What To Wear, Where (Abrams, March 2011), with a third installment, set to release this year. Tell us what we can expect from the new book!

Our new book, The Career Code, officially comes out on May 17th, but you can order it here! The book is a practical guide for creating a smart, strategic, self-made career, and is filled will all kinds of tips and tricks for everyone from the entry-level employee to the boss in the corner office. It also has a bonus section that shares 27 of our go-to life hacks for making your off-duty life work just as seamlessly as your work life does. It’s essentially a guidebook for being the CEO of your career, and we’re really excited that it’s hitting shelves!

What advice would you give your 23-year- old self?

HK: Learn how to code! 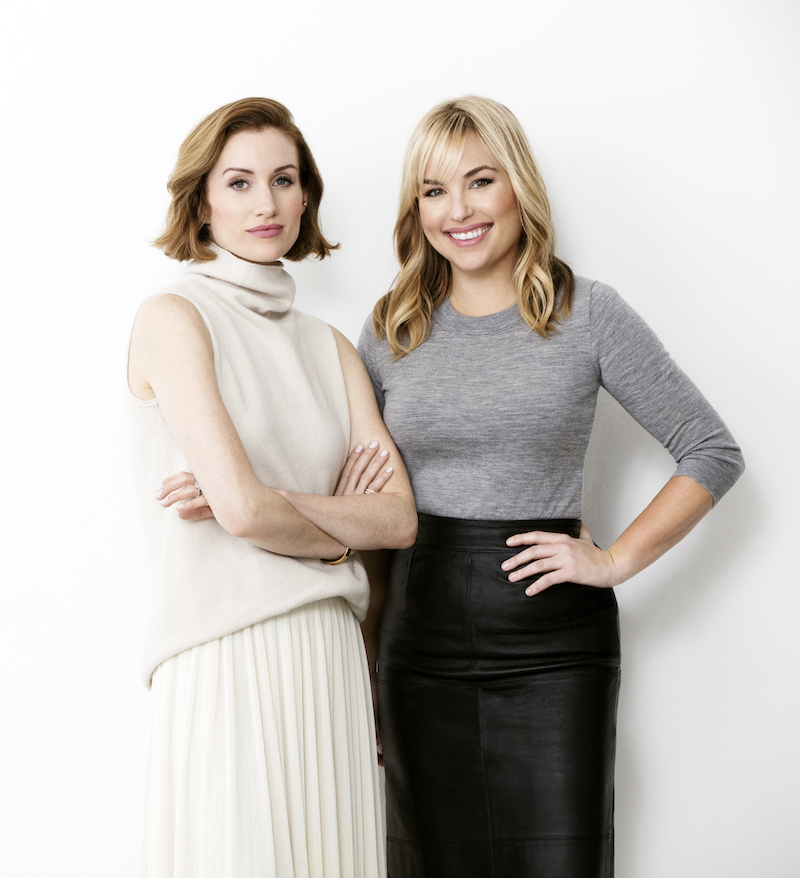 Hillary Kerr is The Everygirl…

Way you stay organized?
Evernote for to-do lists and I use my iCal to map out all the tasks I have to do each day.

Morning routine?
After my alarm goes off, I check my email and social media, to make sure nothing crazy is going on, read TheSkimm and a couple of top stories from The New York Times, take a shower, get dressed, and leave the house. If I’m lucky, my fiancé makes me coffee.

Favorite splurge in your closet?
A Simone Rocha black lace skirt that I fell in love with and the violet Jason Wu cocktail dress I wore to the book party we had for What To Wear, Where.

If you could have lunch with any woman, who would it be and why?
Natalie Massenet because I think she’s a genius.

Katherine Power is The Everygirl…

Best advice you’ve ever received?
Find something you love to do and then figure out a way to make money doing it.

Thing people would be surprised to know about you?
I’ve always been shy and a little socially awkward.

Coffee order?
No coffee for me, but I drink a few green iced teas everyday.

Favorite splurge in your home?
My Lawrence of La Brea rugs and my Brenda Antin sofa.

If you could have lunch with any woman, who would it be and why?
Kris Jenner because she’s boss.