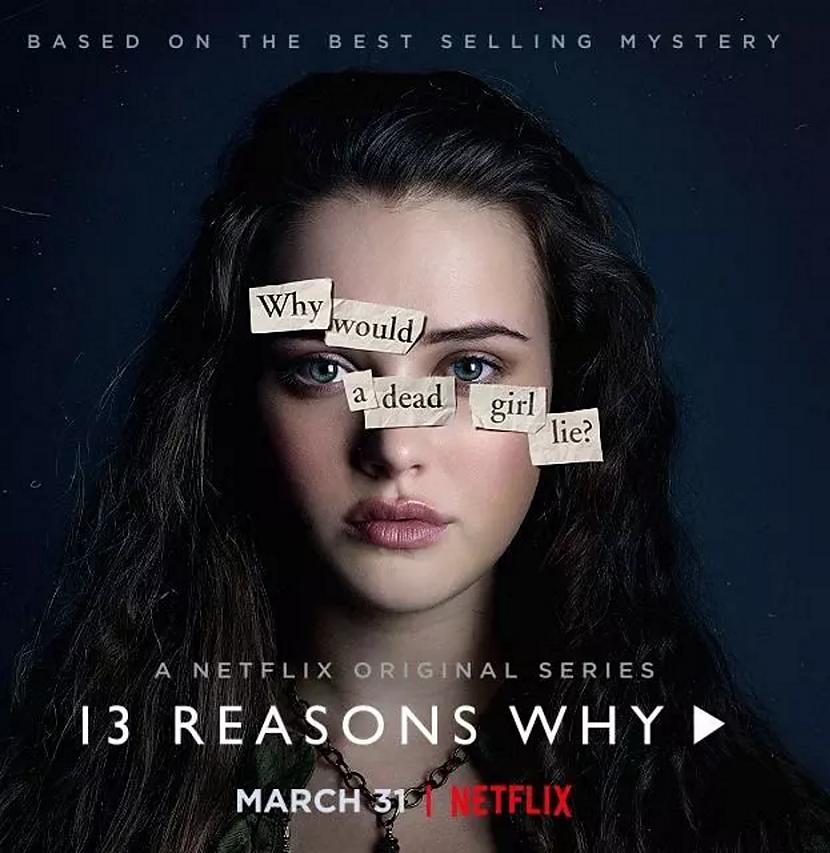 I, as well as many friends and members of my extended family, have been deeply wounded and affected by the very real horror of mental illness. Because of this, the prevention, destigmatization, and treatment of mental illnesses are some issues I’m super passionate about. For this reason (and a love both for Selena Gomez and for anything Netflix puts out), I was beyond excited to watch the highly-anticipated Netflix original drama 13 Reasons Why.

For those of you who don’t know, 13 Reasons Why originated as a novel of the same name by the wildly talented Jay Asher. The fictitious story chronicles the short life of Hannah Baker, a high school student narrating to readers (via 13 audio tapes she recorded before her death) the 13 reasons why she decided to take her own life. Selena Gomez was originally slated to play Hannah Baker, but eventually chose to executive produce instead for fear of not doing the role justice. While I never read the book, I had heard amazing things about the power of the story and its effects on teenagers around the globe. Like I said, I was excited for the show, and I anticipated spending night after night procrastinating sleep through binging this new series.

Regardless of how talented the cast and crew are, the content of the show is what bothered me.

But I guess I should start at the beginning. From the very first minute I started the show, I was struck by the talent displayed in such young actors. Parenthood favorite Miles Heizer is here with a new hair color and an even fresher attitude, but the rest of the squad (few of whom are even old enough to legally drink) is chock-full of newcomers, eager to show the world their talents while simultaneously telling a difficult story. To me, this fact is indisputable: The acting in this show is incredible, and everyone involved should be very proud of their work. 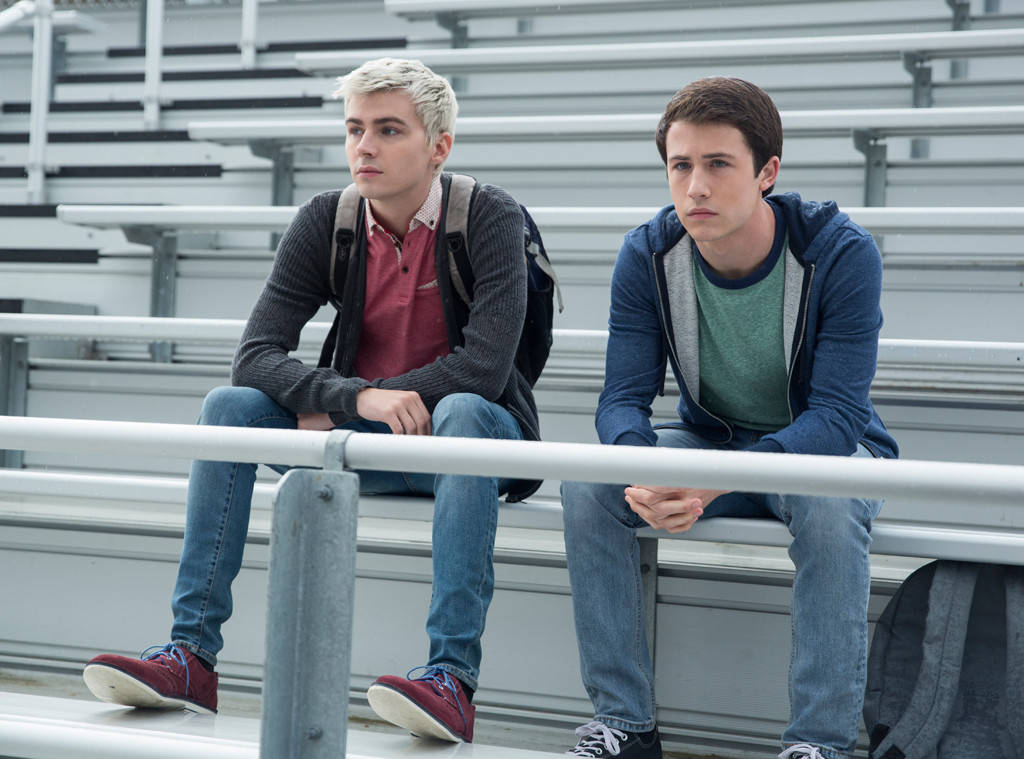 But regardless of how talented the cast and crew are, the content of the show is what bothered me. I’d like to preface this by saying that I can and do sincerely appreciate when movies and television tell difficult stories: For example, Big Little Lies was downright excruciating to watch at times, but it portrayed realistic and complicated examples of rape, domestic violence, and abuse. Indeed, the show was occasionally graphic, but it was billed as such. It aired at 9pm on HBO. When you see that timeslot and channel, you are more than aware of what type of content to expect.

However, when the primary audience of a story is young adults (the novel is billed as “Young Adult Fiction” – you can find it in the same section of Barnes & Noble as Harry Potter, a series written at a 5th grade reading level), different precautions need to be taken. While it’s undoubtedly important for teenagers to understand and engage in the world around them and the difficult discussions within, I find it incredibly disturbing how easy and convenient it is for them to gain access to the viewing of such graphic material. I, at age 23, couldn’t bring myself to watch more than one episode at a time, as I was so overcome with emotion each time I tried to watch. Not to mention, it showed up right at the top of my Netflix home page, sans rating or warning – anyone who visited Netflix in the last week and a half had access to all 13 episodes.

I understand what you might be thinking: But Abby, this is how we learn, and this is how our children learn. And I don’t disagree. But what I disagree with is the gratuitousness of taking a story that teenagers need to hear and turning it into a spectacle. Don’t believe me? How about this: In the book, Hannah kills herself by taking pills, but in the show, she commits suicide by the bloody cutting of her wrists with razor blades. This was a purposeful choice: the director chose to depict Hannah’s suicide in a more graphic manner so as to draw more attention to it. I know that you could argue that this was done to show those contemplating suicide just how horrible the physical act of it is; but that fact, in my opinion, is overshadowed by the fact that this is an example of Hollywood glorifying violence to increase shock value. I understand the monetary importance of doing so, but not when there are impressionable young people watching.

A well-written Forbes article touched on this – while the author was mostly praising the show, he did include an interesting paragraph in regards to the impressionability of this show’s target audience:

Knowing the impressionability of a young audience and still showcasing the potential justification of suicide is a risky game to play.

“By turning Hannah’s suicide into this engrossing mystery where she effectively does make everyone “sorry” with this series of tapes, I can see a few impressionable teens taking away the wrong message, that maybe they can do something like this too, and suicide can be a good form of revenge against those who have wronged you. And if teens are dealing with the same issues as Hannah, bullying, harassment, sexual assault, etc, the entire show is essentially Hannah justifying why suicide was the only option for her as everyone else in her life failed her” (Paul Tossi for Forbes).

The writer justifies this potential danger by saying that the end justifies the means – that the ultimately positive and hopeful message of the show outweighs the potential harm. But I see it differently. 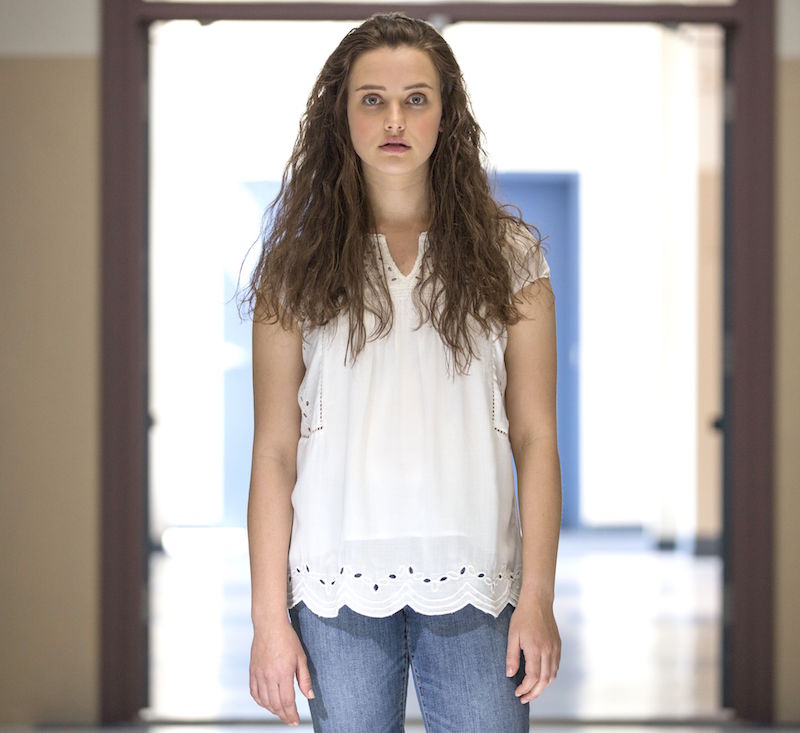 Knowing the impressionability of a young audience and still showcasing the potential justification of suicide is a risky game to play. I made it to the fifth episode before I decided that enough was enough. As I watched, I was constantly texting friends who were further along than I was, asking for motivation to continue. “Just keep going,” they’d all say. “It gets worse before it gets better, but the end is positive!” Apparently, the way the show ends helps make the rest of it seem more bearable. But in my opinion, it doesn’t matter if “the end gets better.” A depressed teenager who watches enough episodes of this show to feel justified in their own decision to commit suicide isn’t going to make it to the end. An excellent opinion piece for The Odyssey spoke on this. “The suicidal mind latches onto any little tidbit that will encourage it to carry out its goal: to die,” writes the piece’s author. “When you want to die, you will find every reason to justify it.”

A show that assumes that any potentially suicidal viewers will have enough patience to make it to the supposedly redeeming end of a graphically-charged  is a horrible risk.

If there’s a risk that even a thousand, a hundred, ten or even just ONE young person could watch this show and glean from it that suicide is their only viable option for revenge and satisfaction, that is too many. If, after stomaching nearly 13 hours of anxiety-inducing relatability with Hannah Baker, any one person wants to take their own life as well, that’s too many. I can’t fathom why we as a society could justify the potential risk of triggering our mentally ill young people into deeper depression, anxiety, and/or suicidal thoughts.

The conversation around mental illness is just getting started, and I look forward to being an active participant throughout my entire life. But, even as an avid lover of television and storytelling alike, I have to ask: Why do we have to see something just to talk about it?

If you have experienced sexual violence and are in need of crisis support, please call the RAINN Sexual Assault Hotline at 1-800-656-HOPE (4673).