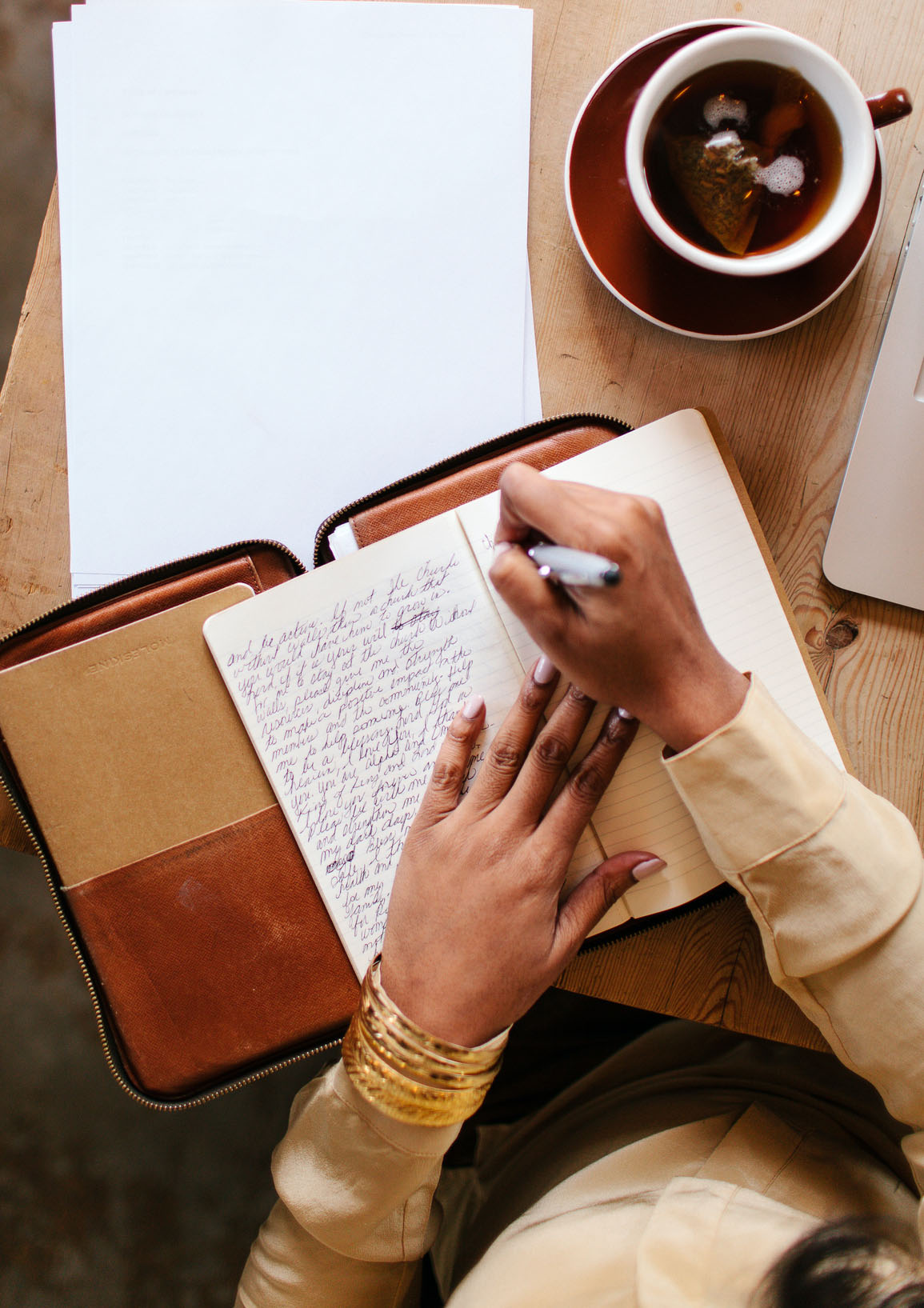 When I was in preschool, my father came to my school to talk to my classmates about being a cop. I cannot remember much of what he said, I just beamed with pride as he took out his handcuffs and thought to myself, “My dad is a hero, he gets the bad guys.”

In the same classroom, I had my very first introduction to the concept of race. I went up to my best friend one day to play blocks, and she told me I could not play with her because I was Black. Confused, I walked to the blackboard, put my hand against it, and insisted she learned her colors wrong. I was not black. The blackboard was black! I told my mother that day about my friend’s terrible color skills and she informed me—as she angrily marched back into the school—that my friend was talking about race. I distinctly remember wanting to clarify with her that we did not have any races that day, but I knew when she was angry, I should keep quiet.

For me, the dichotomy of being both Black and part of a lineage of law enforcement started at a young age, but I did not become conscious of its significance until I was much older.

My grandfather and father, both Black men, are police officers. I was introduced to the profession through their eyes and experiences. To put it gently, my grandfather became a police officer to protect his own Black community as white police officers could not always be trusted—particularly in New York during the 1940s and 1950s. My dad’s experience differed from that of my grandfather’s in that he signed up to protect everyone, a role and personality trait he carries to this day. They both shared the responsibility of protecting all citizens of the community, even when their coworkers and those they protected made it near impossible.

My father has had watermelon thrown at him countless times while protecting the streets of New York. My grandfather was ostracized for being Black and called racial epithets from the moment he stepped into his first precinct—all while his son wore a helmet to and from school as he was chased with bats and rocks because he was part of the first wave of children desegregating schools in the 1960s. I have the benefit and curse of experiencing my father’s and grandfather’s careers after they established themselves on the force. As a kid, I boldly went up to any cop and asked if they knew who my dad was. The second they heard his name, their stern expressions would melt, and they would tell me how much they loved my father. My father’s friends welcomed my sister and I with open arms when we visited the police academy, or any precinct my dad worked at. My dad’s friends came over for dinner and we referred to them as “aunt” and “uncle.” All cops I knew loved me; therefore, I loved all cops.

The first hint I had that maybe my experience with police was skewed was when Amadou Diallo was shot by police 41 times in front of his own home.

How can you make a mistake that big 41 times? My 10-year-old mind could not grasp the concept. I cried for Amadou and could not understand why the police officers were not arrested. Amadou was not the first, and would not be the last.

A few years later was 9/11. My father drove on the sidewalks through falling debris to pick me up from school while the city was on lockdown. For the next few months, he came home the most exhausted version of himself. He pulled the bodies of friends from the ruins. All first responders were recovering the bodies of their own during the most shattering time for Americans— especially New Yorkers. Once again, cops were heroes. Despite all of this “hero” mentality, with each year I got older, there were more instances of police brutality and unexplained killings—particularly of Black men. I began worrying who in my family would be next. My cousins? An uncle? My dad out of uniform? Worse, why was no one being held accountable? Where are the checks on police officers? What really happened in the academies?

As the questions grew, so did the bodies of innocent Black men murdered in police custody. As I grew older, cops became to me what they truly are. Not heroes, not demons: people. People can be killers; people can be heroes. Cops have a choice like the rest of us. They can join the force to perpetuate a system of unchecked oppression, or they join to serve and protect, risking their lives every day to do so. Even if you believe the system is flawed past repair, what about those who showed up to change that?

Despite all of this “hero” mentality, with each year I got older, there were more instances of police brutality and unexplained killings—particularly of Black men. I began worrying who in my family would be next. My cousins? An uncle? My dad out of uniform?

Every time there is an instance of police brutality, I am flooded with questions from friends, acquaintances, and anyone who knows my dad is a cop as to what our “take” is. Some truly wish to see our perspective; others are seeking validation for their own opinions. My take is non-existent. The facts are the facts. Police have killed Black men in their custody at alarming rates. The problem has gotten worse despite “reforms” and the publicity of high-profile cases. We need answers and change—and not upon the grave of another senseless death.

The revolution can seek this change without demonizing those who truly have served their communities in the execution of their duties. We can hold the entire fatally-flawed system accountable—and not just the so-called “bad cops”—without canceling the irreplaceable value of individuals who chose a career where the main duty is to risk your life. As I march amongst a crowd of protestors in the street, I can love and support my father as he patrols the very same demonstration. Cops are people. These people, some of whom died protecting the free speech we use to effectuate this change, must be part of the revolution.

We need all hands on deck.