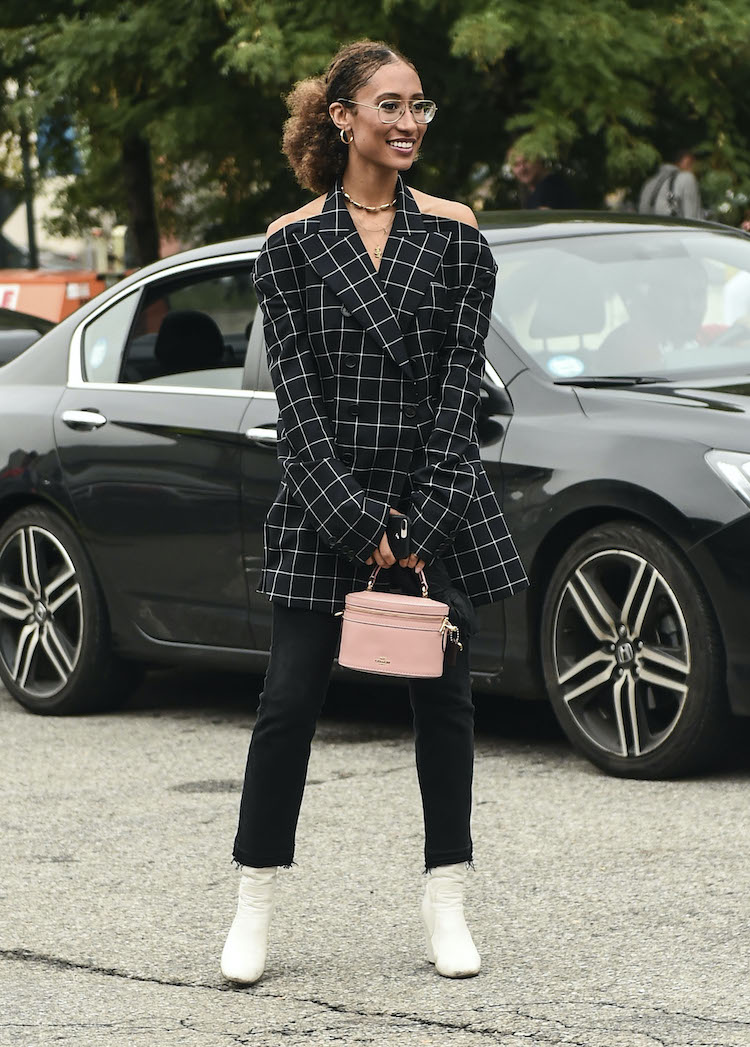 Hold onto your Fenty lip gloss because Black History Month is upon us, everyone. It’s a time for your office to host diversity events (usually the best of the year) and your black friends to remind you that you can’t sing all of Freaky Friday even if they aren’t there.

While our history is what got us to where we are today, there are some kick-butt black women that are taking the world by storm right now. Some of them don’t get the shine they deserve but honestly what else is new. Women do a lot to keep the world turning in general but there’s something about the resiliency of black women that has a special place in our hearts and on the internet.

Black women have been called many things: queens, leaders, mess-cleaners, magic, the illest alive, etc. Well whatever you heard, it’s true. I’ve rounded up 10 awesome women who will without a doubt brighten up your timeline. They’ve got grace. They’ve got style. They’ve got a high amount of melanin.

Former Teen Vogue editor, author, and host, Elaine is a bright ray of sunshine that cares about the issues and not just Teen Vogue. She is constantly encouraging followers to be socially active while being that down-to-earth woman who’s late to the airport just like us.

“The worst thing about me as a human being is how thunderingly sexually attracted I am to Nick from New Girl.” pic.twitter.com/L6F3Majugh

Journalist and podcast host, UK-born Bim taught me a very important lesson: Embrace. The. Thirst. On her podcast Thirst Aid Kit, she and co-host Nichole Perkins talk through everything from why Chris Evans is life to how Aladdin may have been our universal sexual awakening. Follow her on Twitter for all the things you think but don’t say.

You know that one fashionable friend that can pull off anything? Say hello to Aurora James, the internet version of that friend. The founder of Brother Vellies (a boutique clothing store in New York) is the definition of serving LOOKS.

Quinta Brunson is one of the best people to hit the internet. She started her career at Buzzfeed at the height of their viral YouTube video stage. She was the breakout star and soon left to pursue writing, directing, and an acting career. Quinta still makes us laugh at every turn (peep her tweets). The content is always on 100. Now she’ll be joining the band of pretty people on the CW.

The newest romance author in the block. I ran through her first two books in about a week. A record for me but they were also that good. Guillory is a former lawyer turned best-selling novelist. She knows how to get to that gooey center that Nicholas Sparks used to fill. Plus, her book The Proposal is now the February pick for Reese Witherspoon’s book club Hello Sunshine! What, like it’s hard?

Zim is a podcast host (check out the Bloom), entrepreneur, and the founder of Travel Noire. The site is a platform with guides, tips, and tricks on how to make travel universally easy. It’s curated by a global community who want you to find your “inner explorer.” Zim is a great example of a woman of purpose. Her feed is the perfect mix of inspiration and the ever talked about wanderlust.

The goddess we all need in our lives. Jenna is a New York Times journalist and co-host of the podcast Still Processing. Much like Elaine, her positivity somehow shines right through Instagram. Jenna can talk through the most recent Golden Globe winners but also about the state of race relations in America with ease. Get you a follow who does both.

Alissa Ashley is a makeup YouTube guru who also happens to be a fantastic photographer (aka why you should follow her). She is incredibly dedicated to giving her honest opinions and advocating for African Americans (men and women) in the beauty world. She’s also cute, bubbly, and fun and her videos reflect that. We makeup lovers out here give her a 10/10.

Tamron Hall is a TV host and former Today Show anchor. Her passion for women and the justice system is inspiring. She is the supportive big sister you look forward to getting a hug from after that guy blows you off for the third time. Currently, she hosts her own show on the DiscoveryID channel. Word on the street is, she is getting her own daytime tv show after a messy leave from NBC. So I would move quick before the rest of the country finds out about her.

Coffee rubs are my faves for beef and lamb. Have you cooked with coffee yet? #kitchenistadiaries pic.twitter.com/iQCGOIQwhI

Angela Davis is a self-taught home chef. She started the Kitchenista Diaries in 2012 and has written three cookbooks in that time. Angela (with the help of her toddler-daughter-sidekick Raven) are always whipping up the most amazing dishes. She’s also great at making recipes accessible whether you’re an at-home Chopped judge or a Postmates loyalist.