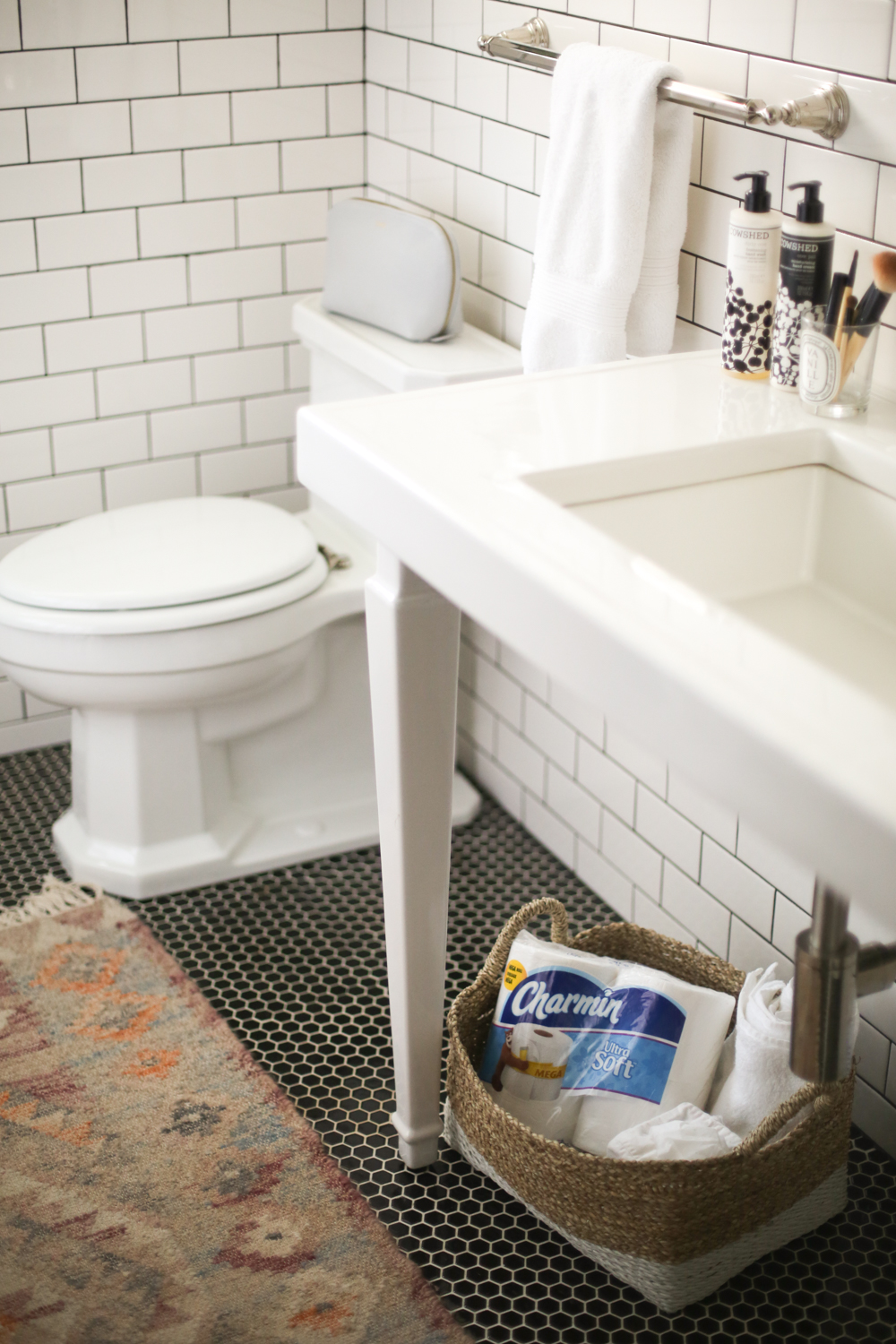 The only thing I learned from sharing a bathroom with my brother for 15 years was that his razor was not in fact a backup razor for when mine went mysteriously missing or was too dull to hack into my leg hair.

So when it came time to share a bathroom with my boyfriend, you’d think I had the necessary résumé to know what was coming… right? The answer to that is a resounding “hell no” from the crowd because sharing a bathroom with your significant other is a whole new ballgame.

There’s no amount of preparation or years lived with roommates that will prepare you for the moment when you round the corner to see the person you love so much, the sweet man who brought you Chipotle on his way home from the office without even asking, pooping with the door open… watching YouTube videos.

Which explains why partnering with Charmin to talk about bathroom behaviors completely derailed our editorial meeting into an hour-long chat about the weird things our Facebook Official counterparts do. Determining the Relationship (known as DTR for you young kids) suddenly became Determining the Restroom. From beard hairs in the sink to the great war on replacing the toilet paper, we all had different stories but a shared camaraderie for the absolutely bizarre stuff that happens when you share a bathroom with the person you love.

And of course, we aren’t blameless either. Take one look at the makeup tornado that is my bathroom after a not so *glam session* and you’ll know I bring my own fair share of chaos to the equation. In an effort to see what other weird 💩  is happening out there, I polled a group of couples to answer the same question Charmin had asked us. Below is the result of my not-so-scientific findings.

1. Let’s just get it out of the way: the great debate on whether or not you leave the door open when using the restroom.

In the same way everyone advises you to discuss children before marriage, they should start telling you to discuss leaving the door open before moving in together. When we debated this in the office it was a sweet, “oh I never do that *giggle*” vs. “we share bank accounts, so who cares if I pee with the door open?” We all laughed, the end.

But I was shocked to find out that 90% of the people I polled told me their significant other thinks it is okay to poop with the door open. People willingly abandoned their picture perfect social media selves to write all over my Facebook about their partner’s bathroom door tendencies. Arguments erupted in the comments of their posts and I was 60% sure I had ended at least one marriage.

Whether you are a free spirit who wants to share everything with those that you love or you prefer to hug your roll of Charmin in solitude with the door bolted, I hope for your sake you end up with someone that feels the same. If you aren’t that lucky, find a nice way to start the etiquette conversation and work out a system that works best for both of you.

2. Towels are not just used for drying bodies, apparently they start wars too.

The following are ways in which towels are being used improperly:

And don’t even get me started on using a fresh towel for every shower vs. one towel all week. I don’t know how any of us are still in relationships.

3. All females are secretly bald because there is no way they should have any hair left, based solely on the amount that is found on the bathroom floor.

This one only needs elaboration to clarify that our hair also travels to the sink, shower walls, and any towel which crosses the threshold of tile.

4. What’s yours is mine… right? Establish the sharing boundaries.

Some couples share toothbrushes and some mark the levels of their shampoo with a sharpie. This one’s tricky, but it really just comes down to what you’re comfortable with. If you can barely afford your salon shampoo and the idea of them using it daily makes you frantically google “safety deposit box,” just tell them. Chances are they thought “Hey, this smells WAY better than mine,” and went on with their day. The same goes for when you convince yourself they won’t notice if you shave your armpits before spin class with that black and blue razor so conveniently left next to the sink.

No matter how passionately you feel, just remember: at the end of the day, it’s just stuff. It’s easy to get complacent and take someone for granted, so before you draw a line in the sand, ask yourself if keeping an extra razor in the drawer is really that big of a deal. 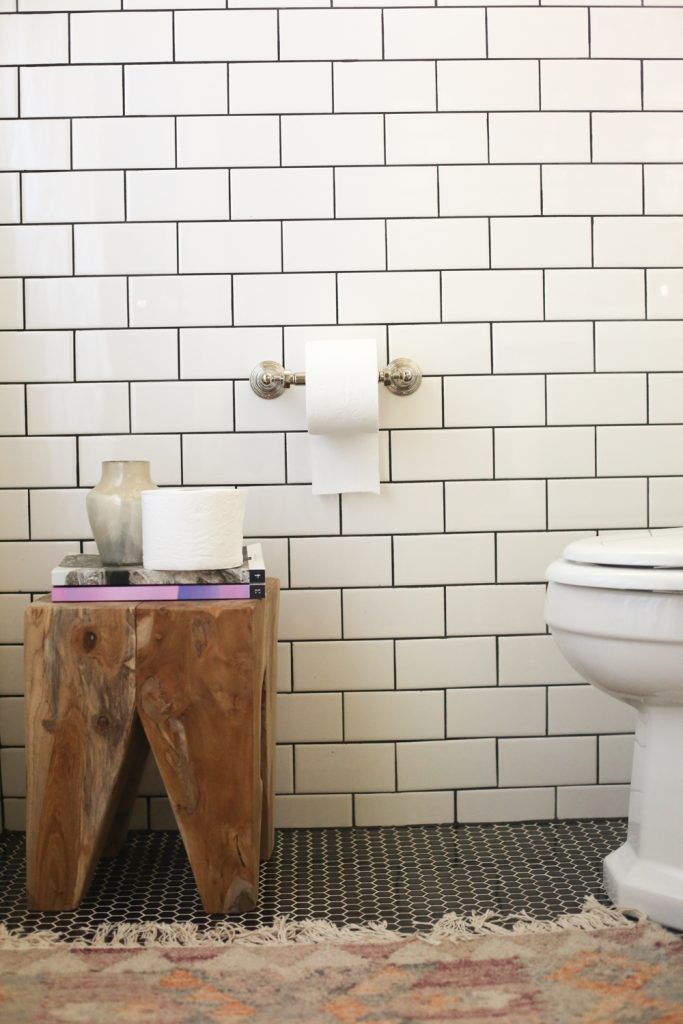 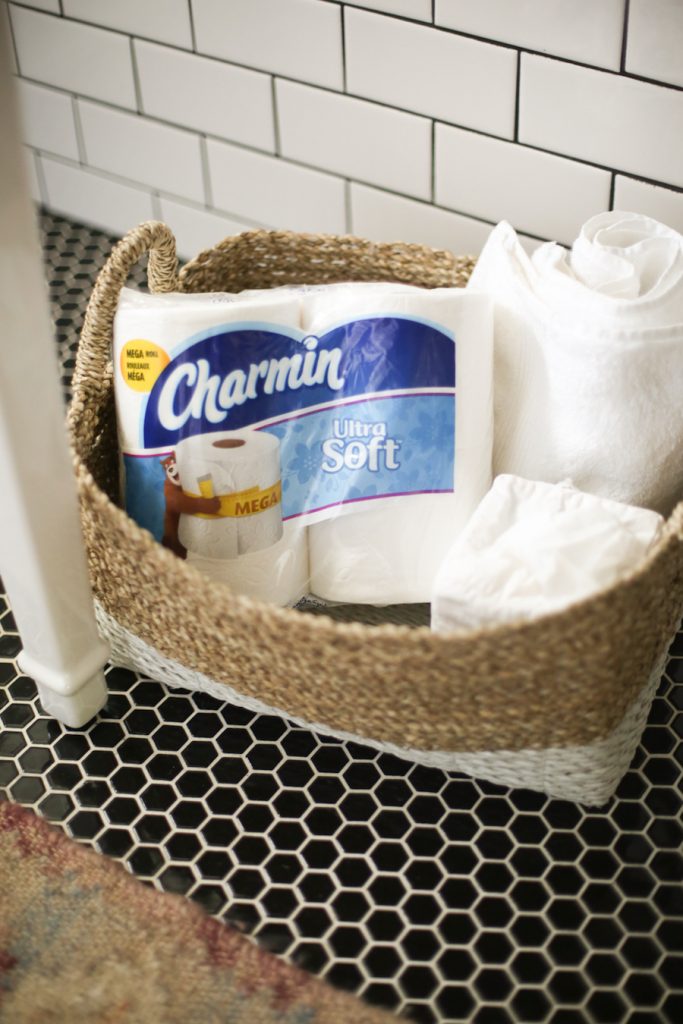 5. If you really loved me, you wouldn’t leave me stranded without toilet paper.

I cannot count how many times I’ve been sitting on the toilet, only to look over and see a single sheet of toilet paper left. SOMEONE PLEASE TELL ME WHAT I AM SUPPOSED TO DO WITH THAT.

And what was going through your mind when you tore off the second to last sheet? Were you maniacally laughing at the evil plot you laid out? Because that’s what I’m picturing now.

If you can’t remember to replace (we’ve all done it at least once), just do your relationship a favor and find a way to leave the Charmin in close proximity to the toilet. This will prevent the need for SOS signals.

Second only to pooping with the door open, a vast majority of the women I spoke to had a similar token of knowledge to bestow on their partners: placing the toilet paper on top of the empty roll does not count as replacing. In fact, it’s almost more infuriating because you did remember, but apparently also assume that a magical maid fairy comes in and disposes of the cardboard and reassembles the wall fixture.

I even heard from a group that there is a right and wrong way if you do fully replace. A quick google search explained it to me: 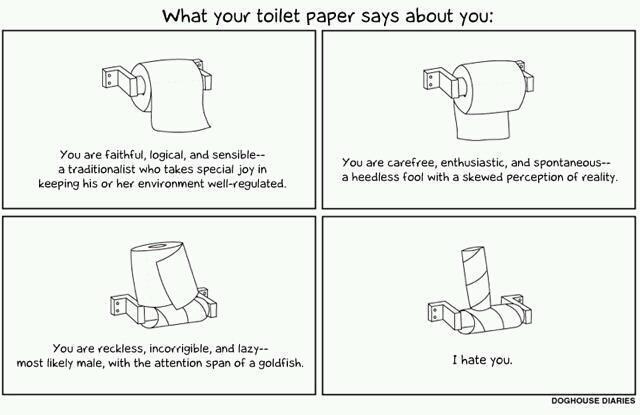 I can’t say I understand you, but this group lives among us with a fire burning passion on this issue. Just imagine Hillary Clinton’s emails but with toilet paper.

Sh*t refers to everything. Your toothpaste in the sink (put it a-waaay down the drain), used tissues that don’t make it to the trash can, potions that keep your skin so beautiful, sweaty gym clothes that pile next to the shower, your 90 day supply of contact lenses… do you see where I’m going with this? Establish a place for things and put your sh*t where it goes. An extra 10 seconds and a little courtesy goes a long way.

My boyfriend shared a bathroom in med school with two females. One day when I was visiting him, I heard through the wall what could only be described as 46 Bath & Body Works bottles assaulting him from their slippery built in shower shelves. He claims that he barely nudged one and a domino effect of catastrophe resulted, but I like to imagine that after months of their fragrant labels staring at him, he just couldn’t take it anymore.

When we moved in together, he asked me one simple question: please only have one shampoo, one conditioner, and one soap in our shower.

Whether it’s leaving hot tools around (for some reason the assumption is unplugged = totally fine to touch) or slippery bubble bath suds that become a scene from Home Alone, we get up to some pretty insane rituals in the bathroom. If you happen to hear your soulmate screaming for help from the bathroom, see number 7 to prevent a disaster in the future.

9. Women prefer beards on their lovers, not on their sinks.

Want to know what women LOVE to stare at while brushing their teeth? No, not Ryan Gosling shirtless… TINY HAIRS ALL OVER THE SINK. It’s basically like a love letter written in follicles. Let’s start shaving our legs in the sinks and see how they feel about it. 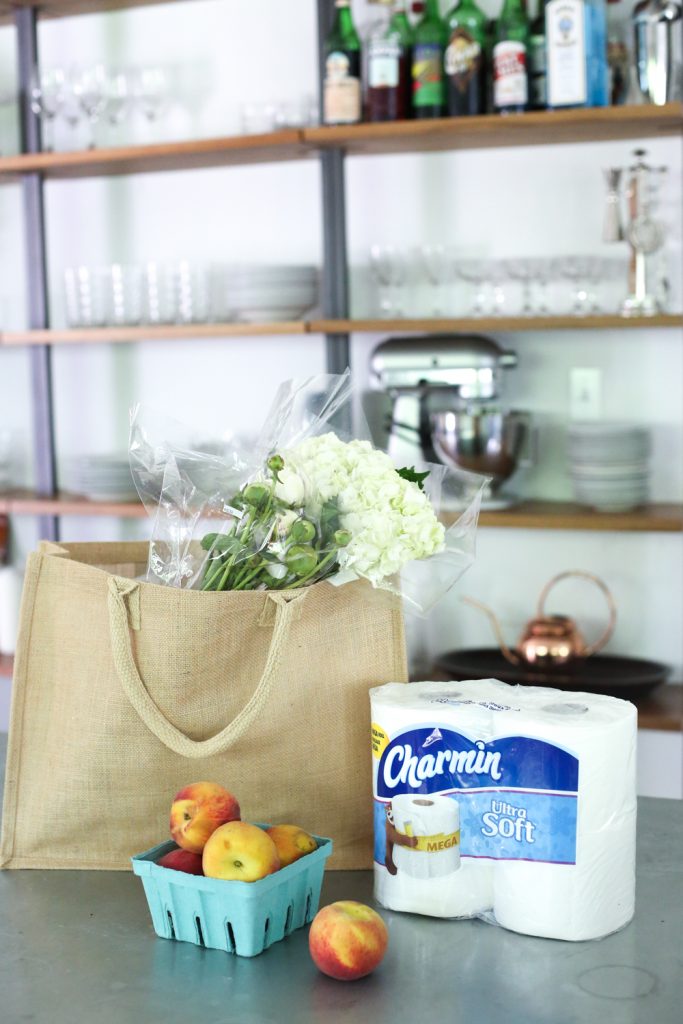 Some of you are under the impression that buying a 36 pack of toilet paper means everyone in the store is looking at you thinking “Wow. How much does that girl poop?!” I’m here to tell you that no one is looking at you, so stock up like the zombie apocalypse is next week. It’s just easier on everyone.

So what’s your weird bathroom behavior? What does your partner do? Tell us in the comments below!

This post was in partnership with Charmin, but all of the opinions within are those of The Everygirl editorial board.