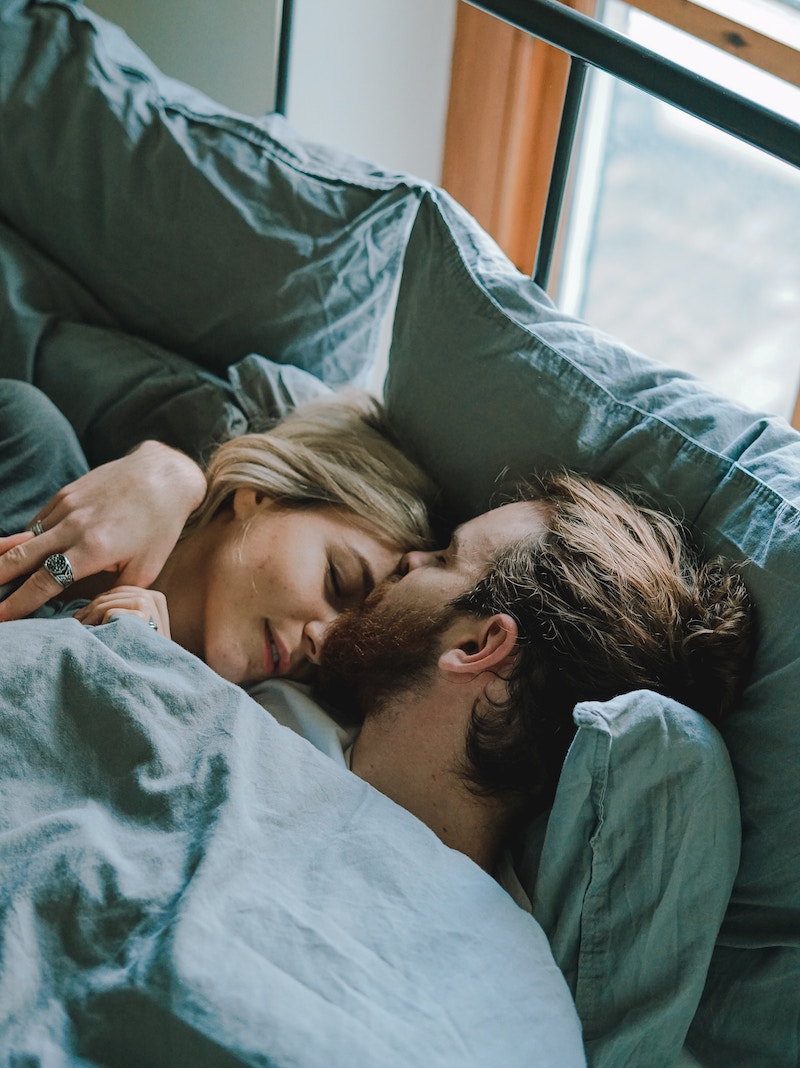 I remember being about fifteen years old when sex started permeating a great deal of my conversations with friends. None of us had ever even come close to having it, but we sure were curious about it. A lot of what we talked about was all wrong though, and if I could go back and tell high school me what I know now about sex, I’d have a lot less awkward sex stories. (They’re all great sleepover stories with my girlfriends though!) We’re told so many lies about sex in a time when we need the truth the most. All those lies add up, making it hard to be sex positive. We’ve rounded up some of the biggest sex myths we’re sick of hearing and how you can change them.

We are the commanders of our own body, so stereotypes like this should really just end already. If you want to wait, yes, girl, do you! If you don’t, that’s cool too. We’re all adults here, and I think if we can pay our rent, file our taxes, and put together an entire week’s worth of meals in one day, we can decide for ourselves what’s right for our own bodies.

Vibrators will ruin sex for you.

All women can orgasm through intercourse.

An orgasm is always like a firework going through your body.

This can totally be the case (good for you!), but it isn’t always that way, and that’s okay. Orgasms can range from an explosion throughout your entire body to something quieter and less intense. Don’t compare previous orgasms to each other. Your orgasms are like snowflakes; they’re all unique.

Withdrawal is an alternative to birth control or condoms.

We get it, the hormones from birth control had you crying into a tub of Ben and Jerry’s, and condoms can be extremely uncomfortable and awkward. The “pull out method” is pretty tempting. However, it’s important to know the risks associated. Withdrawal is only 78% effective, according to Planned Parenthood, while hormonal birth controls are all over 90% and condoms are 85% effective. It’s also not often performed correctly, making it even less effective. The most effective way to prevent pregnancy is to double up and use two different forms of your birth control methods, so using withdrawal as a second method to your hormonal BC is a better option.

The hymen breaks the first time you have sex, causing pain and bleeding.

The whole “popping your cherry” thing teenage me was terrified of isn’t 100% the truth. There is tissue in your vagina, but there isn’t some wall that needs to be broken the first time you have intercourse. Some women do have an intact hymen when they first have sex; however, some can damage theirs as easily as by going horseback riding. Although it can be for some women, sex for the first time doesn’t have to be painful.

All STIs have symptoms.

Just because you don’t notice any change in your body, it’s still important to get tested for STIs regularly and to use condoms, especially before and after new partners. Chlamydia, Gonorrhea, Human Papillomavirus (HPV), and herpes sometimes show no symptoms in women. Most people think of these infections, like herpes, and just think painful, red bumps, but not everyone gets those. Getting tested often prevents any surprises, and if something is off, it can be treated ASAP.

Too much sex will ruin your vagina.

Also the size of your partner, how vigorous the sex is, and having babies. The vagina is incredibly elastic — let’s remember that a baby is meant to go through that thing. It will always go back to its normal size though due to this elasticity. Having a baby can change it slightly, but kegel exercises can help. Clench the same muscles you would use to stop a stream of urine and hold for ten seconds. Repeat that about 10 to 20 times twice a day, and you should notice better orgasms in about a month!