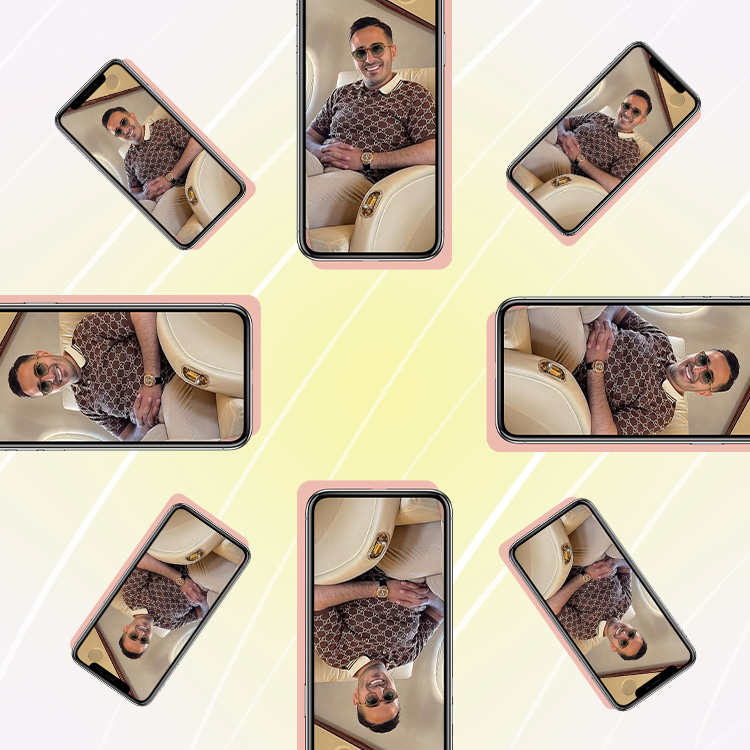 I decided to dip my toes in the WLW pond before I came out as bisexual in the way that made the most sense: toggling my Tinder to show me men and women. I had a very toxic idea of bisexuality and assumed I had to date a few women to “make sure first.” I talked to a few girls here and there on dating apps, but nothing really came of it—until I met Sarah. Sarah was a bit older than me, very attractive, and lived within walking distance—the dream! We started chatting, became friends on Snapchat (this was many years ago, cut me some slack), and started making plans to hang out. Sarah told me she was housesitting in the town over and invited me to hang out. That pit in your stomach that tells you something is wrong immediately presented itself, but I headed out on my way anyway.

But the universe had my back and the trains were down, so I had no way there. When I told Sarah, she got irrationally angry and started calling me a liar and saying I “hurt” her—all because I couldn’t hang out with her. I got a bad feeling and started ignoring all of her texts, ultimately having to block her because they wouldn’t stop. Fast forward a few weeks, I’m back on Tinder, and I meet another girl. Megan: attractive, older than me, only a few miles away again. We only chatted a little bit before she told me that she “heard around town” that I’m a “liar and I hurt people.” I was entirely confused, having no idea what she could possibly be talking about. Then, she brought up Sarah. I immediately blocked her on the app and deleted my profile.

I’m not positive, but I would give it a 95% likelihood that I was catfished. Whenever I think about what could have happened to me if the trains had been working, I shudder. While I was young and definitely in a very vulnerable state, I never in a million years thought I could be catfished. I grew up watching the movie and TV show and thought I knew all the tricks. I had seen her face, we had Snapchatted, and she lived close by. But people who catfish are manipulators; they take advantage of your vulnerabilities and exploit them. If you watched The Tinder Swindler, you probably wondered how those people could possibly get themselves in those positions (like, I would simply just not give a man money ever?). But Simon Leviev manipulated these women’s vulnerabilities and gaslit them whenever they questioned him. A good catfish is a con-artist, and you’d be surprised how easy it could be to get caught up in someone’s scheme.

But there are ways to protect yourself when you’re online dating and be vigilant about your online safety.

Why is it so easy to be manipulated on apps?

Dating coach and TEDx speaker Hayley Quinn noted that because we all want this beautiful, fairytale-like love story, manipulators capitalize on it. “Manipulators will be more than aware that you’re looking for your Disney moment and will know how to press your buttons,” Quinn said. We see our friends, coworkers, and former classmates get in healthy, loving relationships from dating apps all the time, so when we see behavior on a dating app that feels a little too good to be true, we assume that’s the same treatment all of those other people who found their soulmate got on an app.

If you’ve been through trauma in relationships in the past, you also might not notice cues that things are super weird because your experiences prior have been negative. If you’ve only ever met people who are emotionally unavailable and gaslight you, when someone is immediately really loving and affectionate (AKA love bombing), you might think that’s normal, even if it feels a little weird and off. Manipulators take advantage of those who don’t pick up on these cues, and that has nothing to do with you.

In the early stages of this kind of relationship, it will feel really good, but if it starts to press on any of your boundaries, Quinn warned this could mean someone isn’t who they say they are. 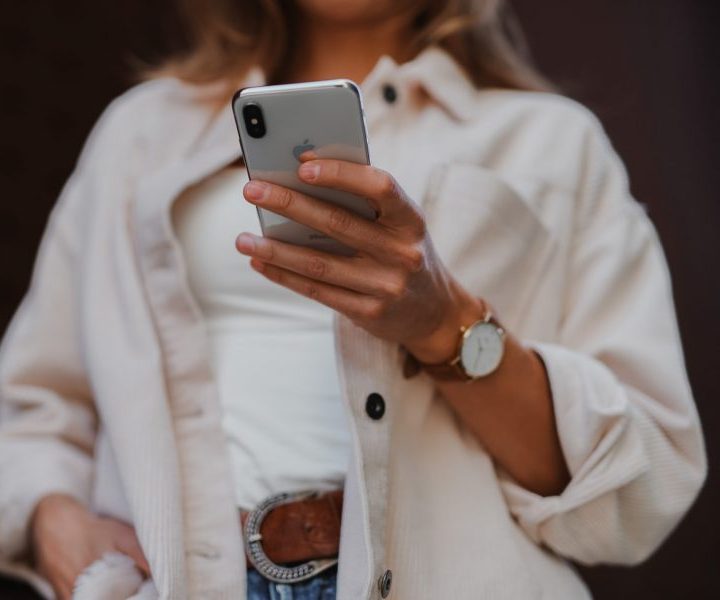 The Tinder Swindler expressed some very obvious first impressions that could lead you to thinking it’s easy to spot a catfish. An extravagant first date, too-good-to-be-true pictures, someone asking you for money after you’ve just met, not wanting to video chat or meet up—Quinn called this a “red flag factory.” But there are signs that are definitely more conspicuous to look out for too.

They skip over getting to know you

“If someone is messaging you constantly and making big romantic statements before they’ve actually gotten to know you, be careful,” Quinn warned. If someone tries to “sweep you off your feet” before getting to know you, Quinn added, they might not be interested in developing a real relationship. Dating is about getting to know people, so if you meet one time and they’re telling you they love you, that’s very telling.

Their profile is a little too perfect (or basic)

While even models and the elite try their hand at online dating (hi Raya, please accept me), if someone looks out of place, they probably are. When a profile is filled with photos that show a very lavish lifestyle (pics on PJs and on giant yachts in Ibiza, maybe) or they look like they just stepped out of a fashion magazine, they’re likely not on the app to “meet the right person.”

Contrarily, a profile with very few pictures or information is also a red flag, Quinn added. We’ve all seen the people on apps who don’t use their full first names or put a fake college. While sometimes it can be a joke (a bad one, at that), it could also be a cover for someone not being who they’re saying they are.

If this was a sign I was being catfished, I would probably say that every person I’ve ever spoken to on an app is a catfish, as am I. However, when coupled with other red flags, it’s a sure-fire sign someone might not be exactly who they say they are. “Look out for someone who needs to speak to you one moment and is aloof the next,” Quinn said.

As freaky as it is, if you can’t find something on Google to confirm someone is who they say they are, how can you really be sure they’re telling the truth? A cursory Google search of someone should bring up any social media profiles they have, and if their company is in the digital age, they’ll possibly show up there too. If you Google someone and find absolutely nothing, this might be a red flag.

In the same vein, it’s also a red flag if someone refuses to give you their last name before meeting up. 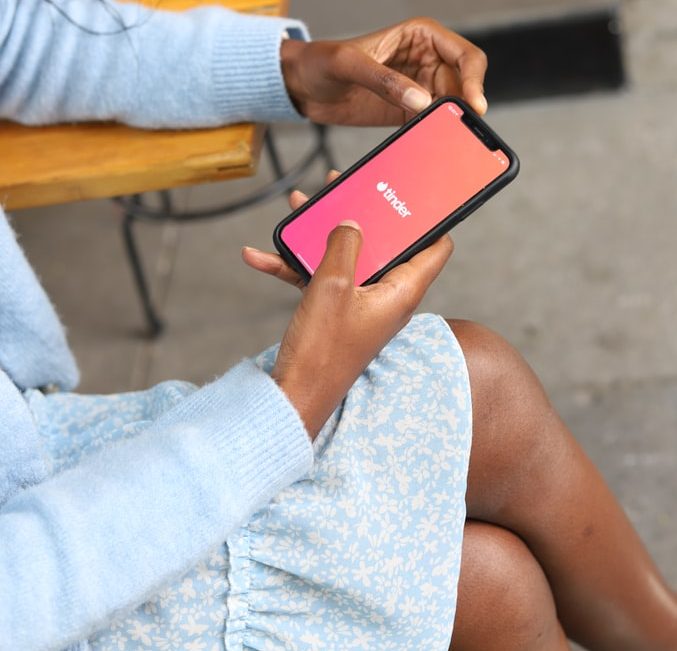 So I think I’ve been catfished—what should I do?

If you haven’t exchanged numbers with the person yet or aren’t very far in the relationship, Quinn suggested reporting the account on the app and blocking them. Most apps have a solid policy on catfish and fake profiles, so you shouldn’t have to do too much.

If you’re deeper in a relationship with this person when you find out they’re catfishing you, you should immediately block their number and stop talking to them. “You may feel tempted to call someone out on their behavior, but you can’t be sure what the other person is capable of, and staying in touch is more likely to cause you emotional pain than to make them accountable,” Quinn said.

How do I protect myself from being catfished?

When you’re doing anything online, it’s important to protect yourself, but you’re especially vulnerable when you put yourself out there to date online. But don’t let that stop you. A bad experience, or the fear of a bad experience, shouldn’t lead you to avoid apps altogether (I mean, even the woman in The Tinder Swindler is still on Tinder. That’s persistence).

“Whether you meet someone online or at a yoga class, you need to apply good common sense and a healthy dose of keeping your feet on the ground,” Quinn said. Have a healthy dose of skepticism before you meet someone. Take time to get to know them before meeting up. While I wouldn’t recommend texting for months before meeting up (that on its own is a red flag), it’s good practice to chat with someone for a few days to a week before setting up a date. While you’re getting to know them, don’t be afraid to use the in-app features to call or video chat before going on a date.

Once you do go on a date, always choose a public place (like a bar or a park) and let your friends know where and when you’re going. I even show my friend their picture so they know what the person looks like in the event anything goes wrong. If you’re comfortable, share your location with a friend. And if you feel uncomfortable in any way, ever, on a date, do not be afraid to leave. 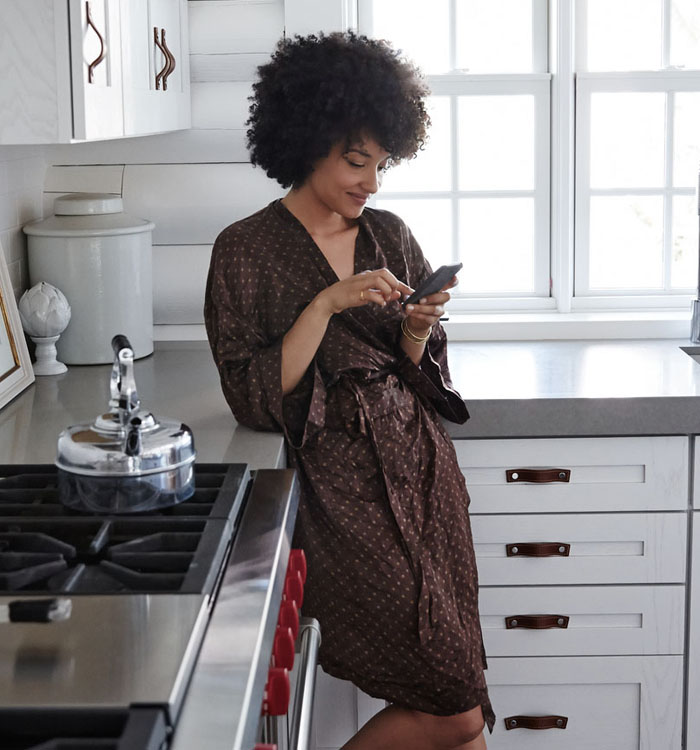 Stop Swiping: 12 Dating App Red Flags That You Should Be Looking For
read more