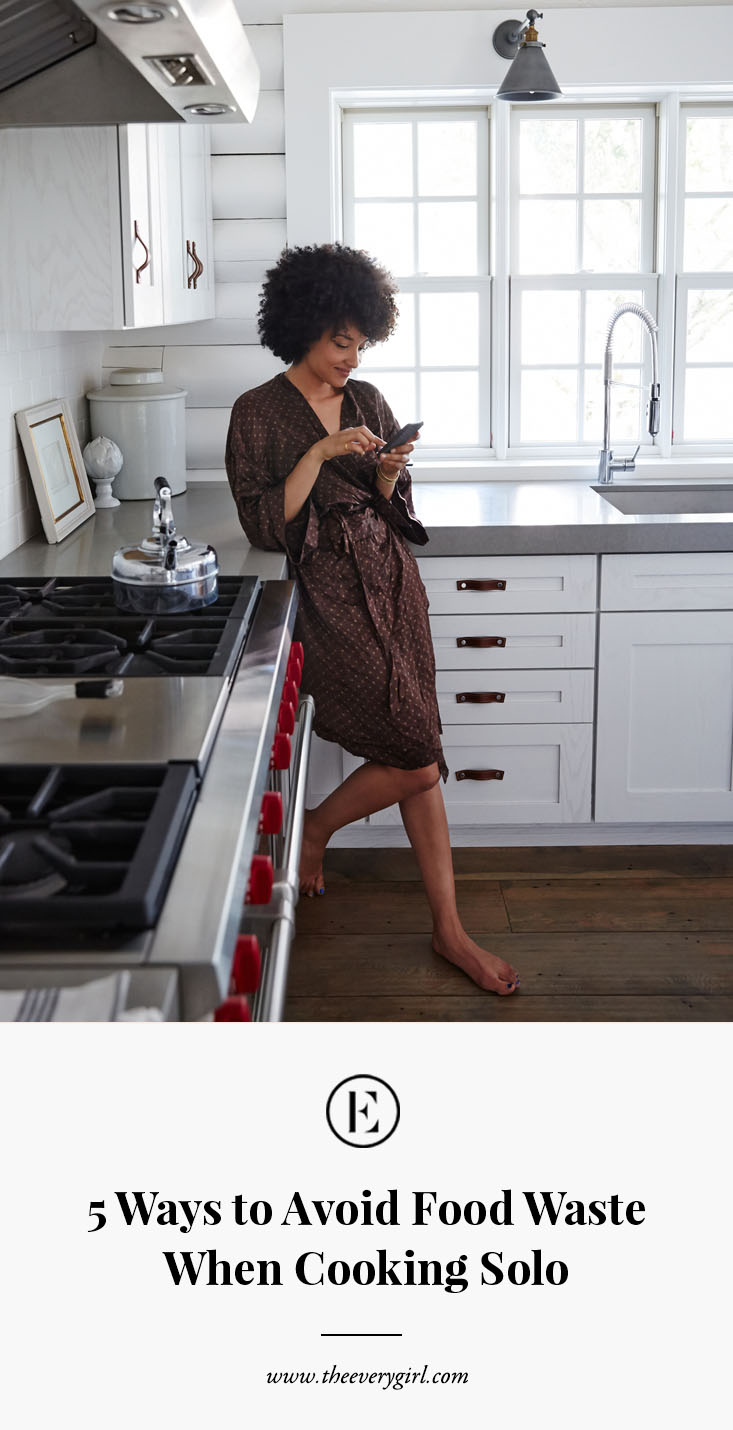 There are many benefits when you only have to cook for yourself: you get to choose the recipes, you can cook pasta to the texture you prefer (if this sounds personally specific, it’s because it is! I’m not an al dente person), and no one can judge you for the weird combos you make out of leftovers.

And equally, there are some negatives: there’s no one to bounce ideas off of, it can be lonely, and you can end up wasting a lot of extra food.

I’ve been cooking just for myself for about five years, and that last negative aspect is the one that gets to me the most. Being aware of how many people go hungry, how much food is thrown away in America, and the negative environmental effects of food waste definitely make me think twice about buying ingredients I don’t have a plan for.

I first learned this while studying abroad in Paris — our program leader said their family only shopped for food for that day or night because their refrigerators were so small. Though this may be more difficult if you don’t live in a city where grocery stores are located every few blocks, it can help a lot in preventing food waste. If you’re only buying what you know you will make later that night or even for the next two days, you won’t buy extra things that you might not end up using. It makes meal planning even easier too, since you don’t have to think ahead too far. This especially comes in handy with produce, since it can spoil rather quickly. 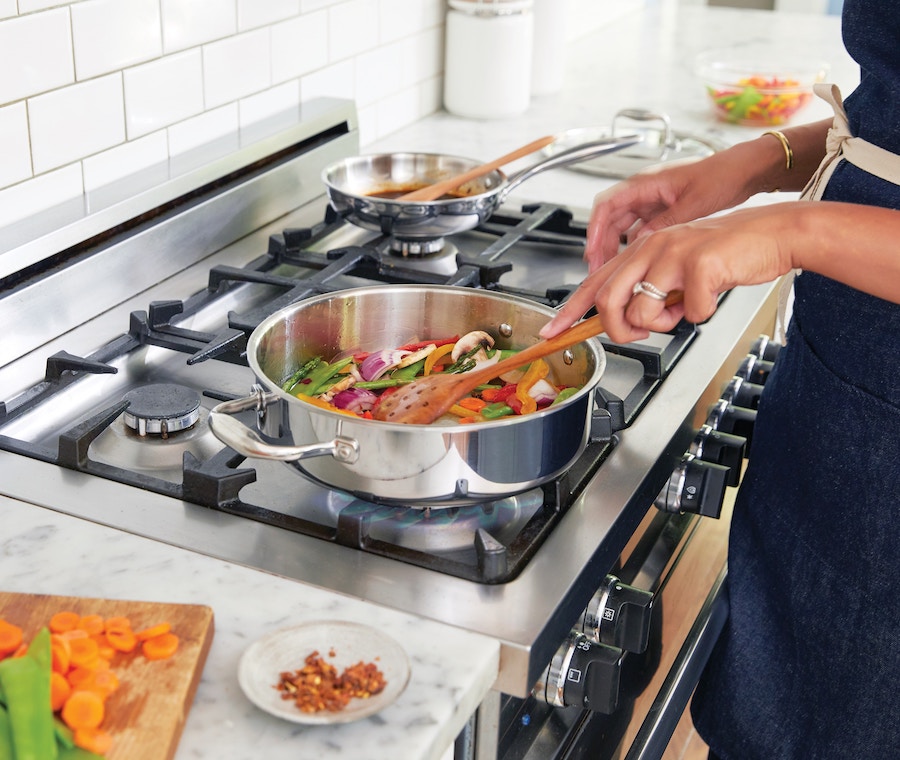 Speaking of spoiling, try to get in the habit of checking expiration dates while you’re in the store, to give yourself a little extra time to use something up. That being said, you don’t have to always follow them religiously. Most are an estimate, and different phrases like “best by,” “use by,” and “sell by” can have different meanings from different manufacturers. Those terms often indicate freshness rather than edibility, as per Popular Science. Though I do the old fashioned sniff-and-taste, which probably isn’t the safest, this government FoodKeeper app is really informative (who knew Parmesan cheese lasts 12 months in the fridge?)!

3. If You Can’t Use an Ingredient for More Than Two Meals, Don’t Buy It

This is a hard rule to follow, especially if you think an ingredient will really make the meal, but it’s one that’s necessary. If you can only think of one recipe to use something in, and it doesn’t require the whole bag or can, you likely won’t use the rest of it before it goes bad (of course this doesn’t apply to nonperishables). Or, even if you don’t have two meals set, think about if it’s a flexible, easily-used item (like I know I can use cheddar cheese in scrambled eggs, on a sandwich, with apple slices as a snack, etc). One thing this doesn’t apply to? Ice cream! 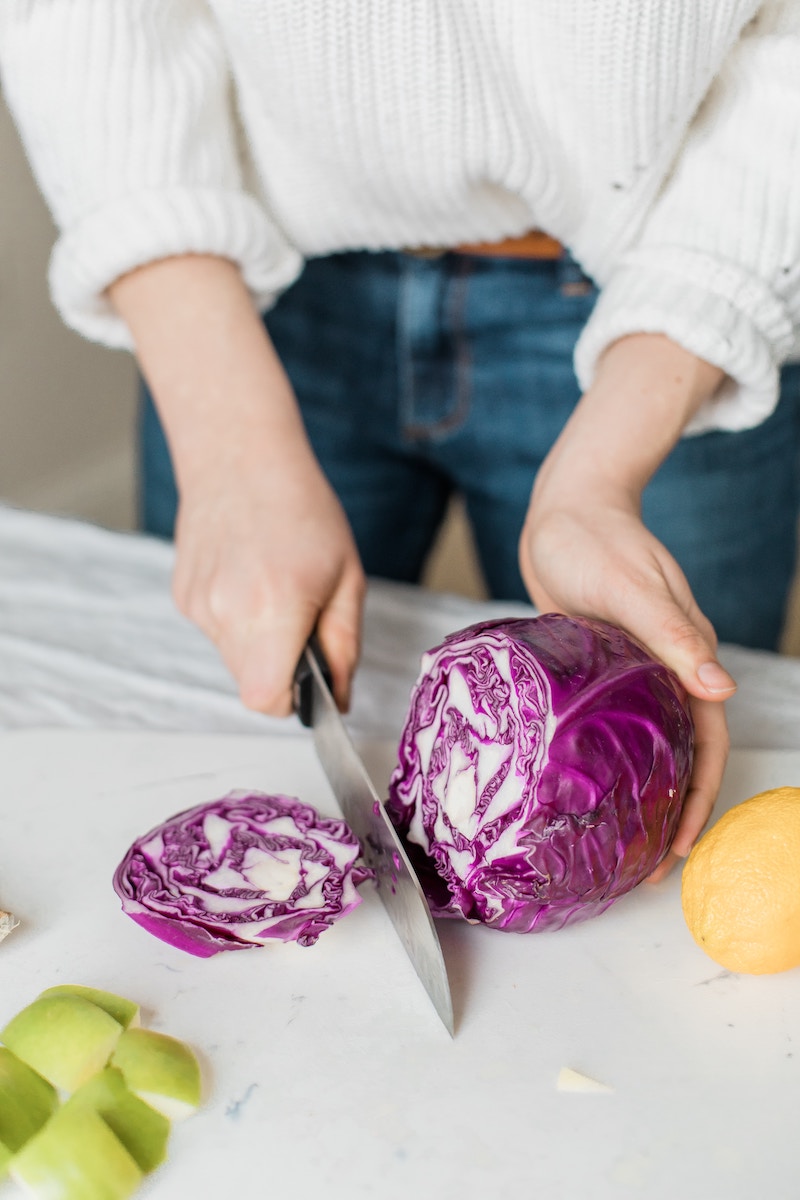 Because of the way food is packaged, you can sometimes be left with random amounts of ingredients when you’re only cooking for one (especially if you’re following a family-sized recipe). This is where it’s good to have some go-to “hack” meals or snacks in mind. When I have leftover herbs or greens, I know I can always use them up quickly in a green smoothie, or saute them as a side dish. If I have random pieces of vegetables, I can throw them in a salad (I usually call this my “clean-out-the-fridge salad”). I also love making “surprise” quesadillas or a mix-and-match rice bowl.

Sometimes this requires going outside the box and breaking “food rules.” A combo of ingredients that sounds weird on paper can actually taste delicious in real life! For example, I’ve added Napa cabbage (usually used in Asian dishes since it originates from China) to Italian dishes, and have used leftover black bean soup as a sauce over meat. It takes some experimenting, but that’s part of the fun too.

5. Move Items You Need to Use to the Front of the Fridge

A simple, self-explanatory tip, but an important one! Think about how many times you’ve found something rotten in the back of the fridge. And why does that happen? Because it’s in the back of the fridge! This is so easy but I have to do it or else I will totally forget about the item I’m trying to use. Even this week, I had a quarter can of coconut milk from coconut rice, and I had to put it right at eye level so I would use it in my morning coffee!