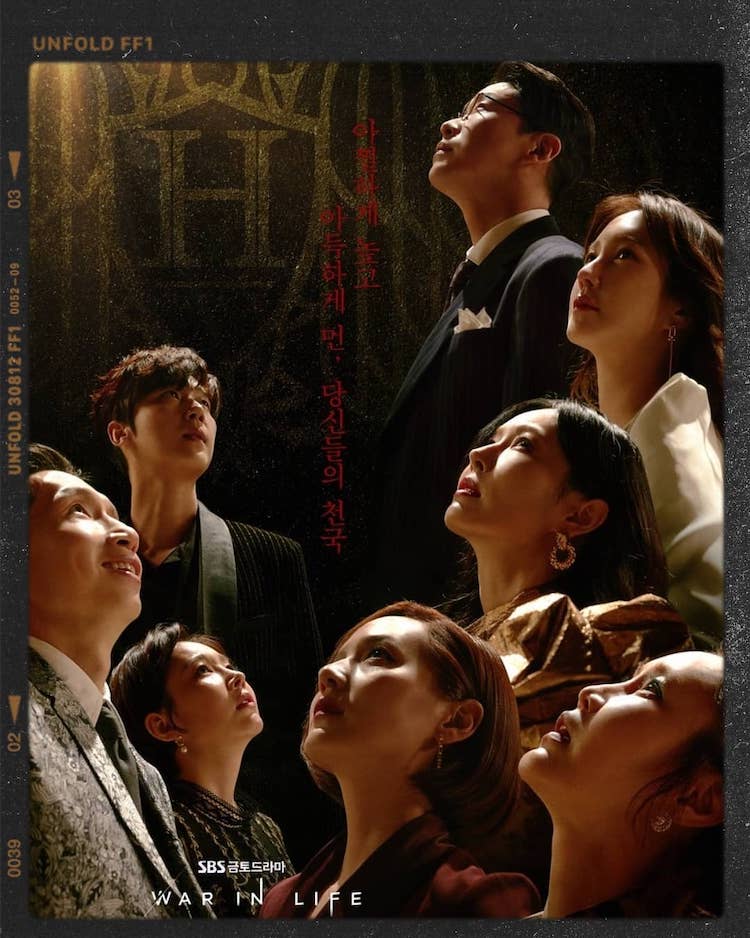 It feels like a lifetime ago when I finished my first-ever South Korean drama, My Love, Patzzi (Korean: 내 사랑 팥쥐). My heart was captured and as dramatic as it sounds, I was never the same again. In my 10+ years since becoming a K-drama and K-pop fan, my love of Korean music, storytelling, language, and culture has had a profound impact on my life, the most important one being my mental health. Korean dramas have been my escape: They almost single-handedly saved my mental health in high school, helped me through getting my bachelor’s and master’s degrees, and most recently helped me survive the loneliness of the pandemic by being a source of joy and community.

After Netflix began investing a lot more money into non-English content, people have been more open to watching new things and came across K-dramas like Crash Landing On You, True Beauty, It’s Okay to Not Be Okay, Vincenzo, and Start-Up. These shows became a new generation of people’s gateway to the addiction that is K-dramas. If this is you and you’re like me after my first, I know you’re looking for more. Well, look no further because I’ve compiled the shortest list I could attempt to whittle down that I think every new (or soon-to-be-seasoned) K-drama fan should watch.

I grew up not having many people I could talk about these shows with. But since moonlighting as an admin for the K-dramatics—the original, biggest, and most active K-drama club on the app Clubhouse with over 12K members across our different platforms—I feel like I’ve finally met my people.

Enjoy this list of some of my “classic” and personal must-watch K-dramas. I hope once you’re hooked, you’ll be excited to talk about them too!

I can’t stress this enough: This is one of the classic K-dramas—it might actually take the first spot. I also hate it with a passion. But it is the essence of what a Korean drama is and has essentially changed the industry forever. This drama catapulted actors like Lee Min Ho into superstardom. You can’t avoid it, so go give it a watch and then move on to better shows.

This drama is criminally underrated. It’s one of the few dramas that I’ve ever rated a 10/10. Gong Hyo Jin and Jo In Sung and the rest of the cast—which includes EXO’s D.O.—are stellar at bringing this poignantly beautiful and heartbreaking story about mental health, mental illness, trauma, and love to life. There are few that can compare. To put it into context for new K-drama fans, It’s Okay to Not Be Okay doesn’t even come close to this masterpiece.

If you love Hyun Bin (from Crash Landing on You), definitely watch this classic fantasy rom-com in which he plays an arrogant and eccentric CEO who eventually crosses paths with a poor, beautiful, kickass stuntwoman played by one of my favorite actresses Ha Ji Won. It’s full of slapstick humor and hits emotional beats with sizzling chemistry.

This is one of the newer classics, especially if you like bigger-budget fantasy, bromances, and heart-wrenching romance. Gong Yoo and Lee Dong Wook’s reluctant friendship and bickering makes the show for me. The OST—official soundtrack—for this drama is still one of the best I’ve ever heard.

Coffee Prince is in a class of its own. It’s a top tier drama that really set the bar for romance and especially defined the cross-dressing romance trope. The questions that this drama asks about gender, identity, and love are just so beautiful, and the chemistry between Gong Yoo and Yoon Eun Hye is simply amazing.

This show is often compared to the show City Hunter (also considered a classic) with Lee Min Ho, but I rank Healer higher because the storytelling, acting from the whole cast, and romance are above and beyond most of the shows in the action-mystery-romance genre. This show overdelivered on everything it promised and, dare I say, the rooftop beanie kiss scene is a classic in and of itself.

If I was kidnapped and my kidnapper returned me 30 minutes later because I was talking too much about a K-drama, it was probably this one. Once in a blue moon, when you think you’ve seen it all, comes a K-drama that takes you by surprise and blows you away. This was it for me. 1000/10. Slower paced shows often get overlooked, but this show is a piece of art. The acting, storytelling, and directing all took my breath away. This show had everything going against it, especially because of the subject it dealt with, but it still had my heart to the end. I can write about it forever, but why would I do that when you can watch it for yourself?

World of the Married

This drama is a remake of the UK series Doctor Foster, and it does not disappoint. It’s hard to discuss this show without spoilers, but it is one of my recent favorites and a must-watch. If you want to see more seasoned, veteran actors (Kim Hee Ae from Secret Love Affair) at the top of their game in this melodrama of betrayal and amazing twists, this is the one for you! It’ll keep you on the edge of your seat the entire time.

This drama is the current reigning champion of the ‘makjang’ genre, which is a slang term used to refer to shows written with over-the-top topics like doppelgangers, birth secrets, false identities, amnesia, adultery, and more. Shows like World of the Married are also considered makjang, but Penthouse has redefined the genre for the new age of K-drama viewers. I can’t possibly attempt to summarize the plot, but let’s just say it’s about families living in an exclusive opulent apartment complex where some will do anything and everything to gain money and power. Watch at your own risk—I’m pretty sure this show raised my blood pressure. But am I still excited to watch season 3? Yes, yes I am.

For fans of legal dramas and thrillers, this is the show for you. The first season of this show is one of the best K-drama runs I’ve ever had the pleasure to watch, and the directing and production quality really stands out. The mystery unfolds in the best way, and the tension is balanced throughout by stellar nuanced and emotional acting. One of the few Korean dramas I’ve seen multiple times.

These are not even close to all of the “classics” or my favorites, but hopefully I’ve given you somewhere to start. Lastly, I included a list of some honorable mentions (not ranked in any particular order) that I wanted to squeeze in because there’s just no way to have a short K-drama recommendation list.

Jewel in the Palace

My Love From The Star

I Hear Your Voice

My Girlfriend Is A Gumiho

Kill Me Heal Me

Descendants of the Sun