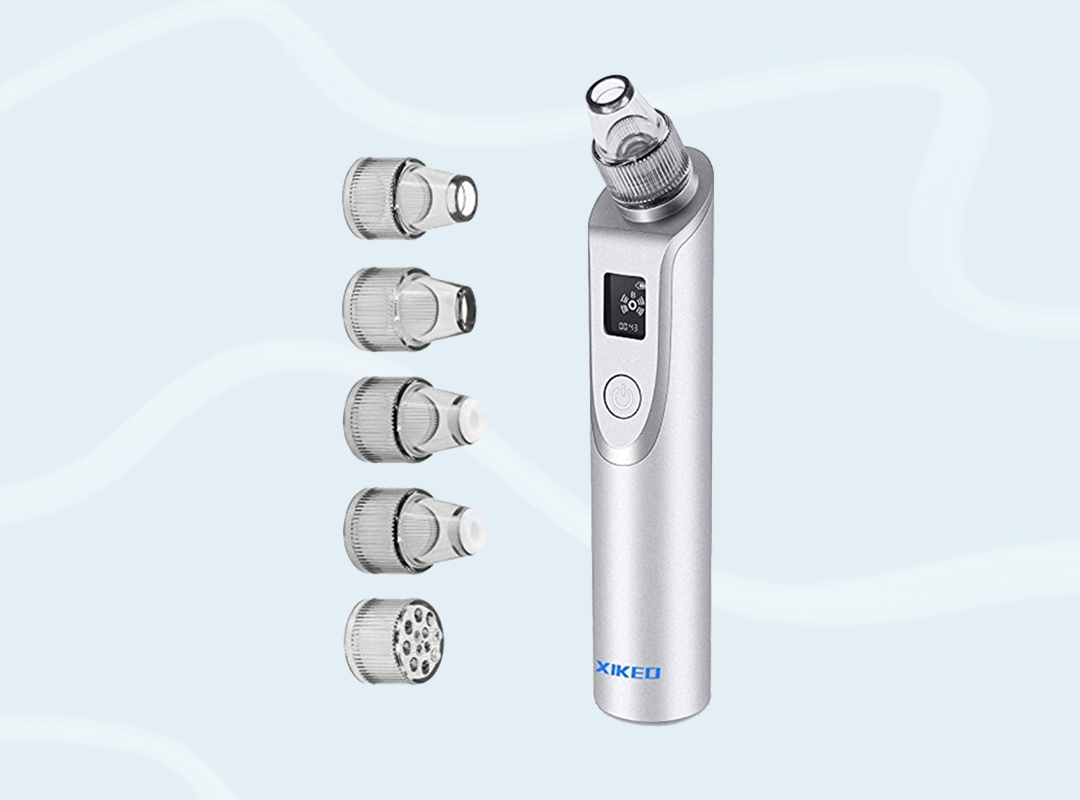 Over the past few years, I have gotten very into using tools on my face. Oh, you want me to roll needles over my forehead? Let’s do it. I should freeze this quartz and then drag it over my cheeks? I’m in. And so far, everything has been a success. So when I kept seeing ads for this tiny pore vacuum that supposedly sucks all the blackheads out of your face, I was immediately on board. It just sounds like it should work, right? I have a human-size vacuum that sucks up all the dirt on my floor, so why not a tiny one to suck up all the dirt on my face? That feels reasonable.

I chose this particular model because it has over 1,000 (!) positive reviews and the price was right (less than $35, which is about how much I once spent to UberEats McDonald’s breakfast to my home on a Sunday morning). 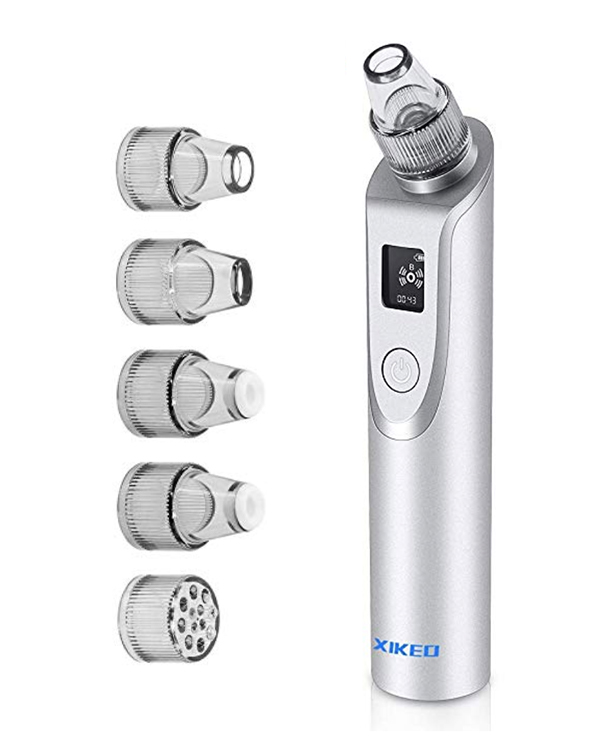 Why a pore vacuum?

Let’s back up to why I wanted to impulse purchase this in the first place. Lately, I have been in a groove with my skin. I have a routine that I like that works pretty consistently but has one notable bugaboo: the clogged pores on my nose and around my T-zone. I feel like my clogged pores have always been with me, much like my sparkling personality. I remember when I got my first facial (at an Ulta in suburban Michigan when I was 14, LOL), and the esthetician was like, “OK, so your pores are on the large side.”

I have tried acids like BHAs, space-age looking metal tools, and good ol’ squeezing with my fingers to try and get rid of clogs. No matter what I do, they will not vacate. Have you ever tried to squeeze a clogged pore on your face? Mine defy me by somehow sinking further into my pores the more I try to squeeze, which is honestly just rude. So I have turned to this Amazon tool to fix all my problems! Here we go.

I was actually surprised by how luxe this seemed when I received it. I have, no lie, gotten things from Amazon that arrived in a Ziploc bag, just loose inside of the Amazon box, so my expectations were low. But this came in a box with a magnetic flap and a little nook for all the separate heads. Presentation: 10/10. 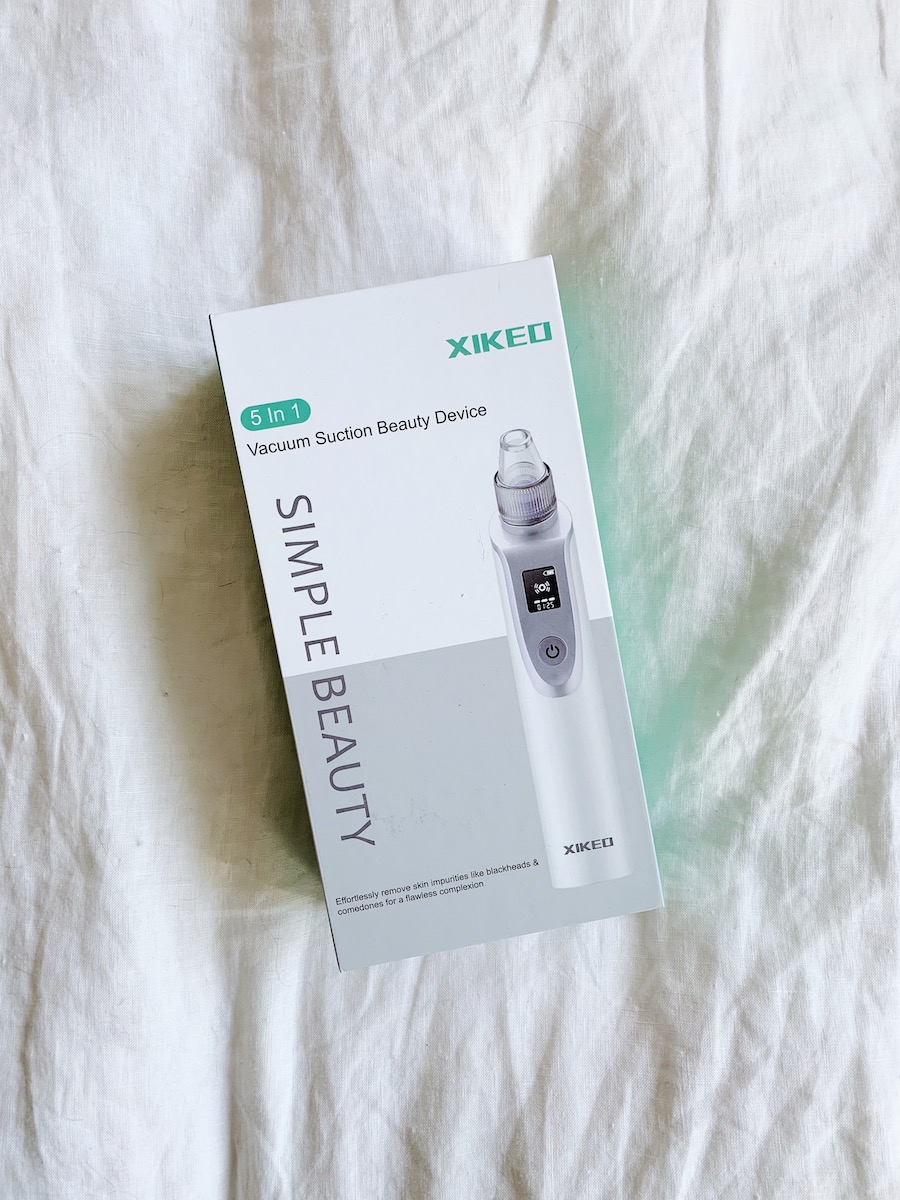 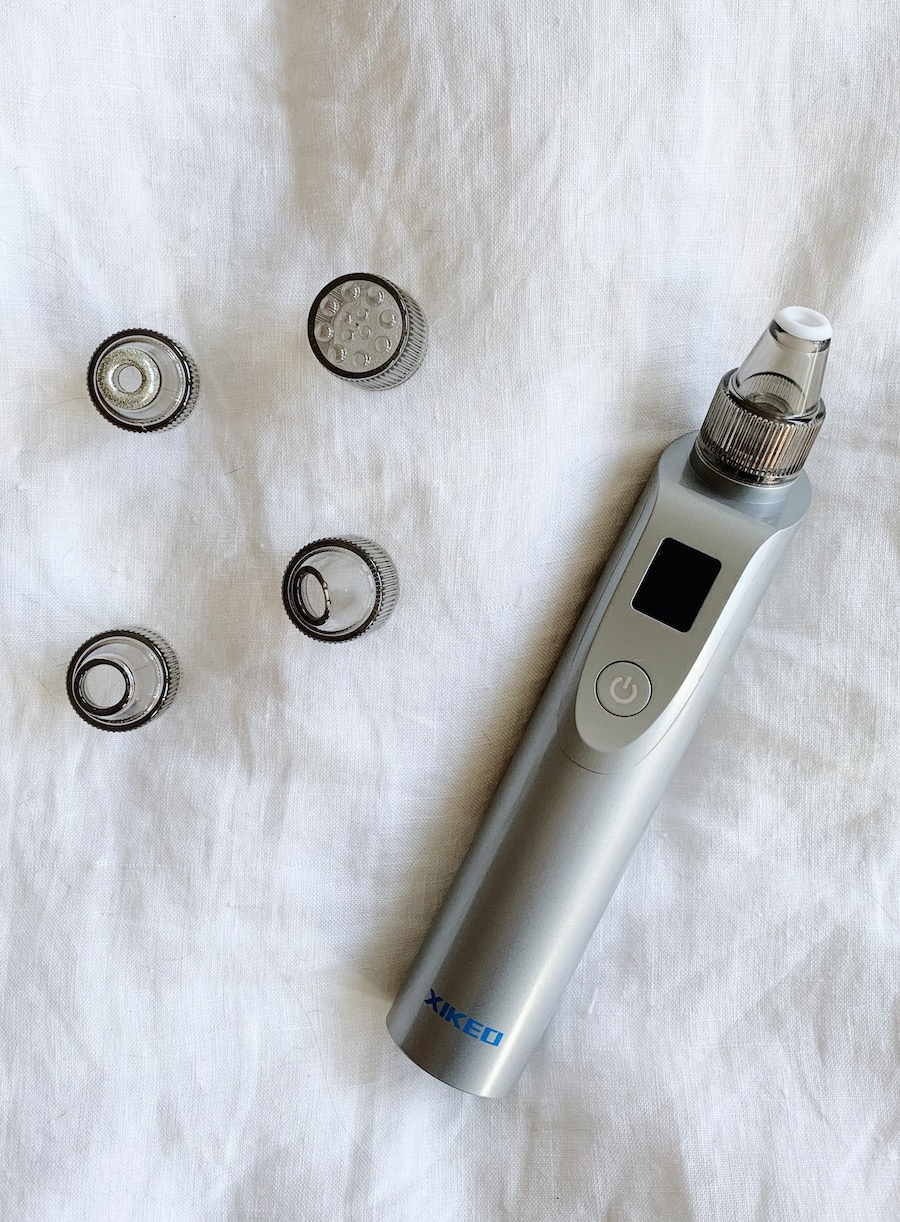 All of the heads pop on and off the device and are used for different purposes, according to the pamphlet that came inside of the box. I started with the one that had a soft, silicone ring around the inside because it seemed the gentlest. You can set the device to three different suction speeds, the lowest of which was actually a lot more powerful than I anticipated. I tested it on the back of my hand and it really just woosh!—sucks the skin right up.

I feel like an important part of this story is that I received my vacuum in the mail the day after attending a One Direction club night at the House of Blues. Suffice it to say, this is not a tool I would use hungover, as I have gleaned from personal experience. Instead of doing any research, I just willy-nilly turned on the vacuum, pressed it against my forehead, and pulled. And do you want to know what happened? I gave myself a forehead hickey, as pictured in this incredibly flattering, hungover self-portrait: 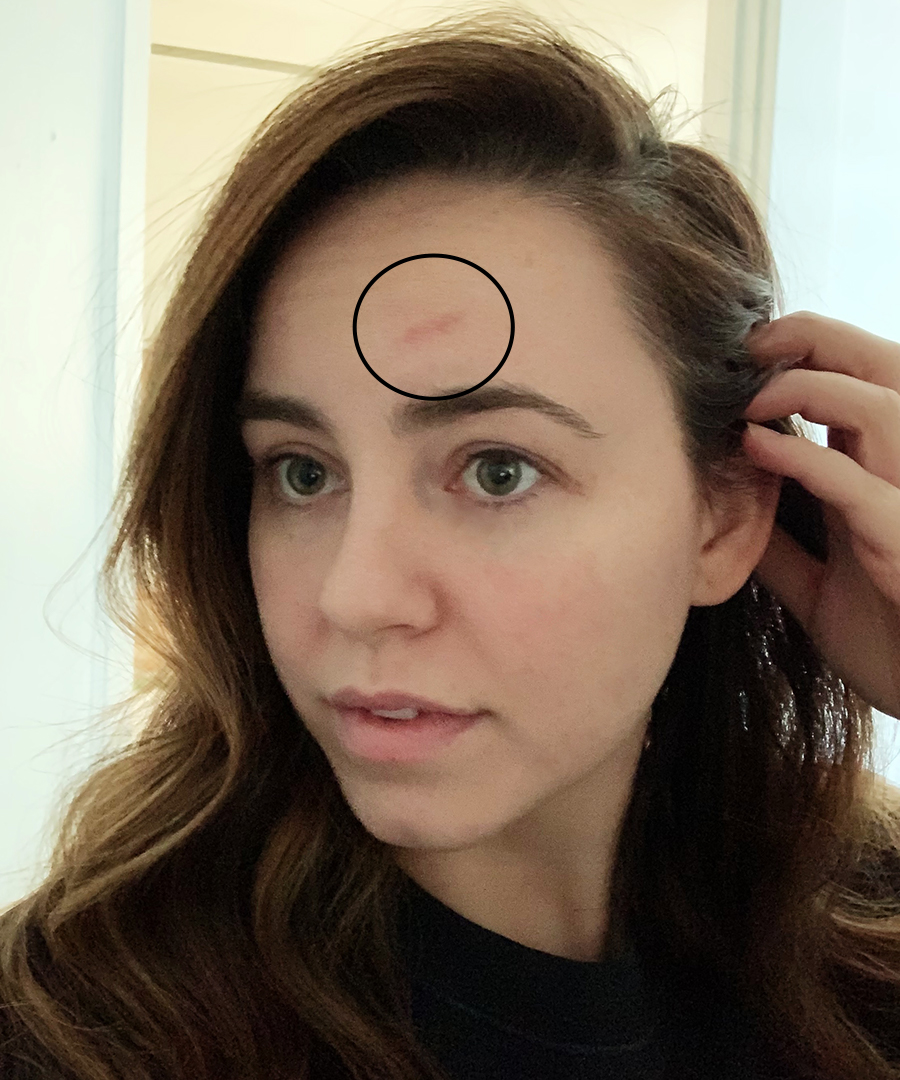 My point is: The suction is intense. Even on the lowest setting, you can’t really set the vacuum on your face for more than a second because you will inevitably draw all the blood to the top of your skin, thus giving yourself a hickey. I know this was hickey-adjacent and not just temporary redness because it truly did not fade for about four days. Not ideal. After this attempt, I just gave up for the rest of the day and read a romance novel in my pajamas because I was genuinely afraid of using the tool again and giving myself not one but two face hickeys, which is just too many, you know?

When I felt emotionally ready to try again, I consulted YouTube for help. In my search to find adequate vacuum usage instructions, I saw some things, y’all. There are a lot of close-up videos of clogged pores being sucked up, and I truly feel changed after seeing skin in that much definition. I could not find a video of the specific pore vacuum I bought, but several of the videos I found showcased the same problem: hickey-like redness that takes a few days to fade. But other videos showcased the devices actually picking up some of the gunk out of the pores. So I was determined to try again. This pore vacuum was not going to defeat me.

Do you remember those old tampon ads that were like, “your fear is the scariest part!”? That’s how I felt about the pore vacuum at this point. All I needed to do was get over my fear of a hickey (is this the most times “hickey” has been used in an article on The Everygirl? Probably), and I might actually make it work. So, starting with my nose, I turned on the lowest suction (I can honestly not imagine using any suction higher than the lowest setting) and started dragging the vacuum in super short movements across my nose. I did this about six times, and my nose was red—Rudolph red. Villanelle’s outfit at the end of Killing Eve red. Absolutely, shockingly red. Looking at my pores, they still looked pretty clogged, but when I checked the vacuum, there was definitely some icky stuff in there. So something was being sucked out of my face. 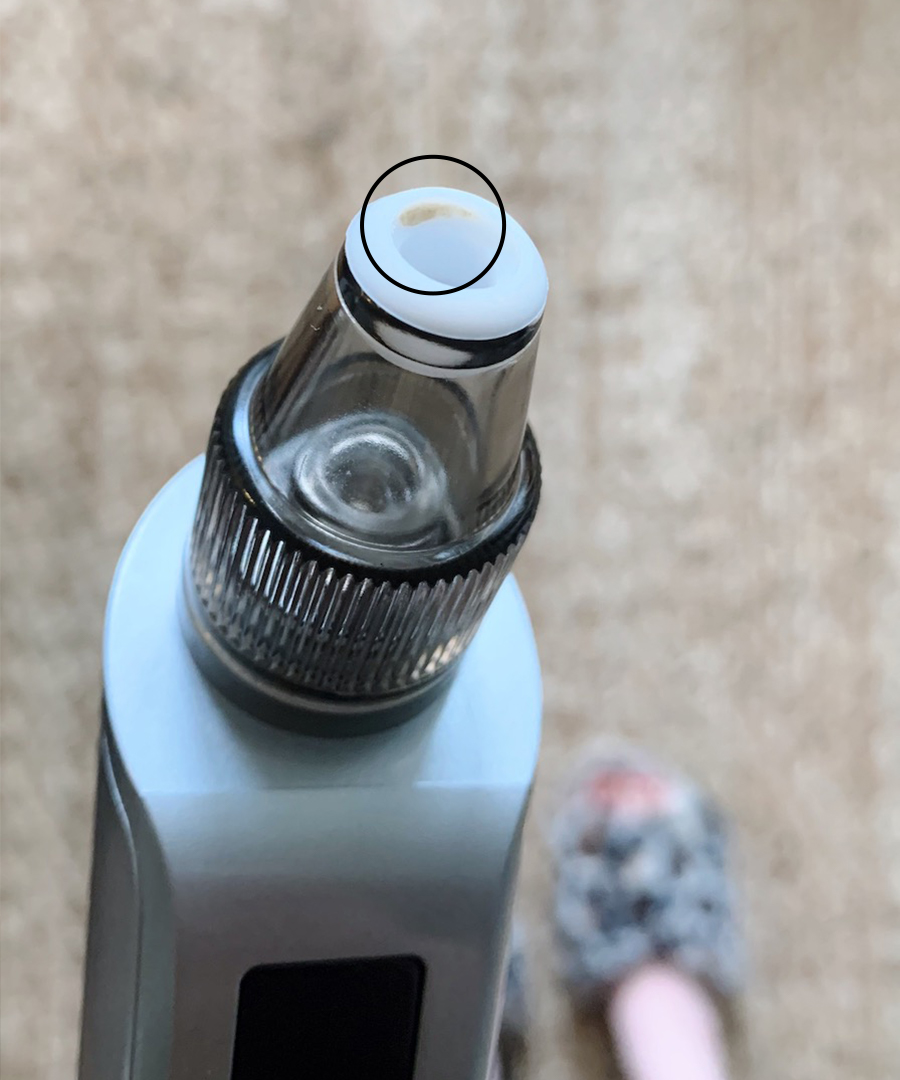 Thankfully, the redness around and on my nose faded after about 10 minutes. I got a lot more comfortable with the device as I used it, and once I felt confident that the redness would fade, I started using slightly longer strokes across my nose and pressing slightly harder with the vacuum. One problem that I kept running into was that I had to continuously move the vacuum across my nose because if I held it in one spot for longer than a second or two, it hurt and caused a lot of redness. And this was on the lowest suction setting.

I tried a few different heads to see if the results were any different, again, just staying on my nose. I used the three heads that were designated for blackheads/oily skin: a smaller opening with the silicone padding, a large circular opening, and a pinched oval opening. There is also a head with a kind of rough, crystal-ish texture around the circular opening, which honestly seems like it would mess your skin up (I stayed far away) and a flat, closed head with ridges for more of a facial massage (which I did like!). 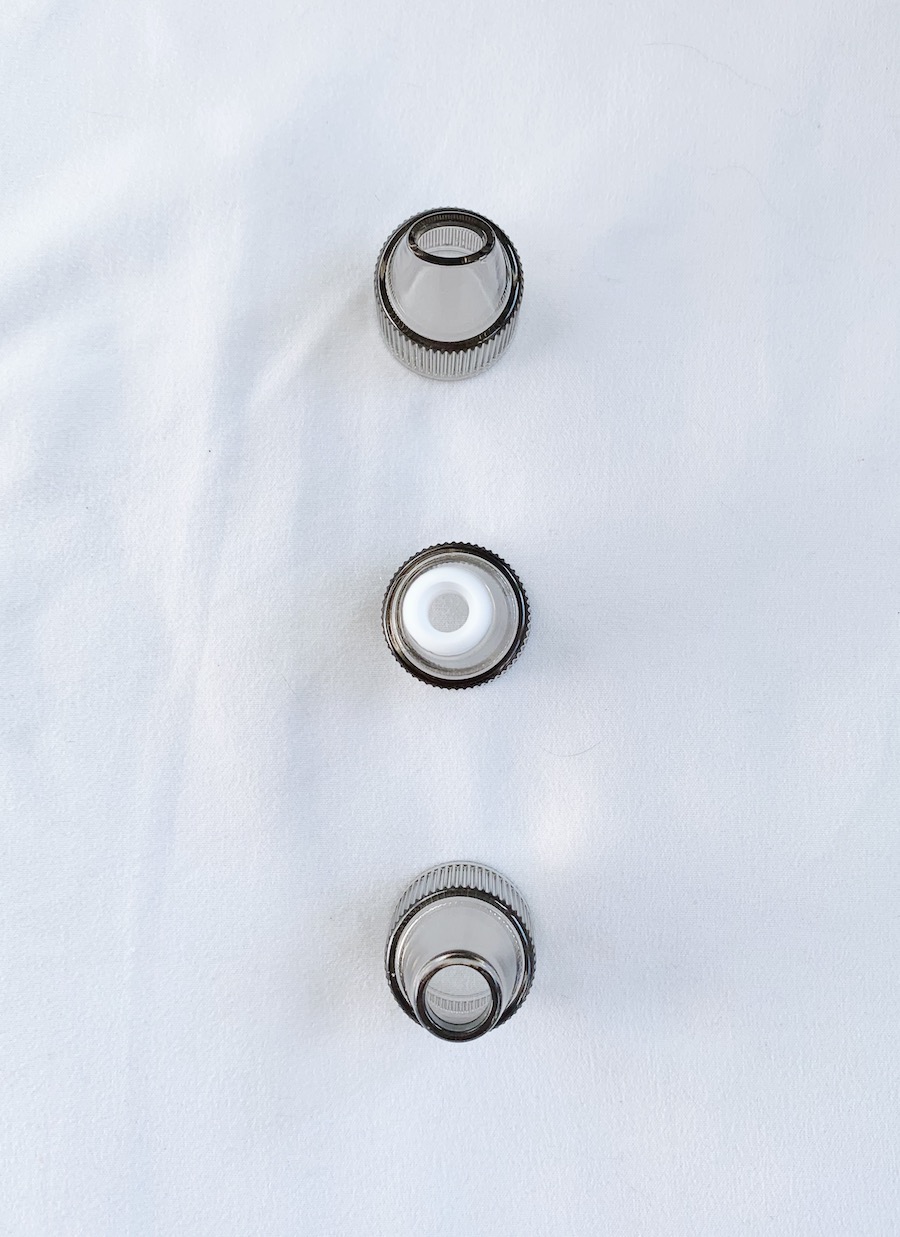 All of the heads for blackhead/oily skin gave pretty much the same result. I could see a bit of gunk collecting in the head, but after the redness wore off, there was no discernible difference to the actual pores on my face. The head with the silicone barrier worked best for me and was the gentlest—definitely seemed to pick up the most stuff. I was just focusing on going over the skin on my nose because anywhere else I tried, the vacuum pulled up a more lasting red mark. Will I make it out of this story with any of my skin intact? Only time will tell.

Prepare to be underwhelmed: There are still a lot of clogged pores on my nose. What genuinely surprised me about using the pore vacuum is that it actually picked up a lot of stuff for there to be a pretty minimal difference in how my pores looked. How much secret oil is hiding in my face? 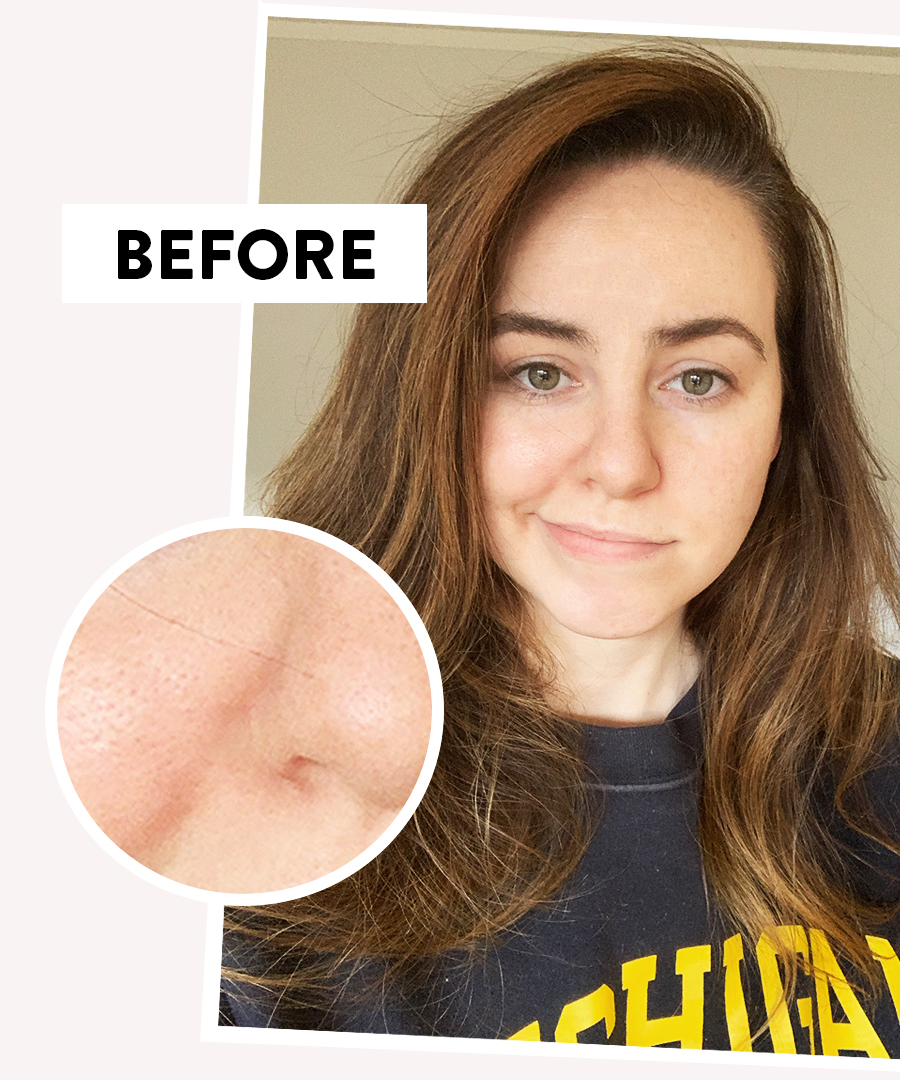 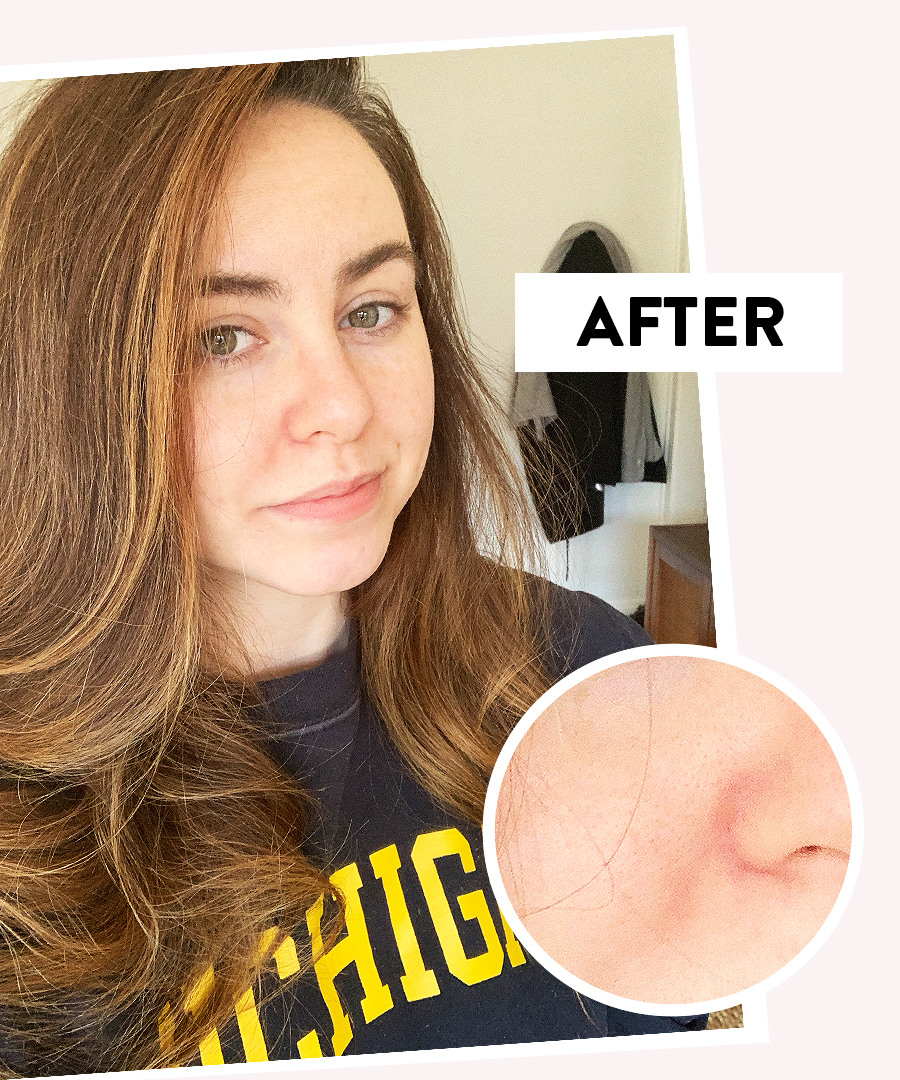 After trying the pore vacuum for about three weeks, I am not loving the results. There is basically no visual difference to the pores on my T-zone and my skin feels more inflamed and aggravated than it did before I started this journey, which, considering I have been dragging a small vacuum across it at regular intervals, seems legit.

None of these methods really made a difference in how the device worked for me. It still seemed to be sucking some things out of my skin, but nothing that was visually apparent, even after a few weeks. It could be that with continued use, some of the actual clogged bits would start to loosen, but every time I used the vacuum, I felt like I was beating up my skin. In comparison to using something like my derma roller (which does cause initial redness, but the next day, skin feels smoother/brighter/happier), the pore vacuum fell woefully short. I would much rather reach for a mask or a pore strip to try and deal with my clogged pores than use the vacuum in the future.

Overall, I would give the vacuum a 3/10. Clearly, it was sucking some oil out of my skin, which is probably a good thing. Plus, the presentation and packaging: *Chef’s kiss*. But when you get into the nitty-gritty of “is this device actually removing or reducing my clogged pores?”, my answer was unfortunately a resounding no. If you want to test the vacuum for yourself, here are my tips:

And that’s it, folks! Clearly, there are tons of positive reviews for this particular pore vacuum, so some people must be seeing results. This is just one woman’s opinion. In the future, I will probably still try every beauty gadget on the market in search of magic, but in the meantime, I’ll stick with my tried-and-true routine: double cleanse, toner, acid, moisturizer, and a lil’ microneedling on the weekend. 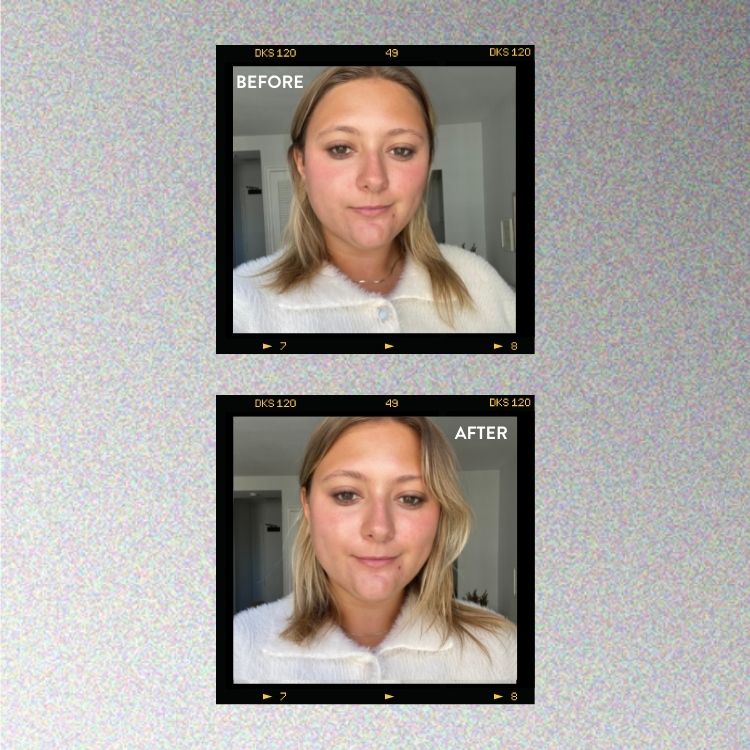