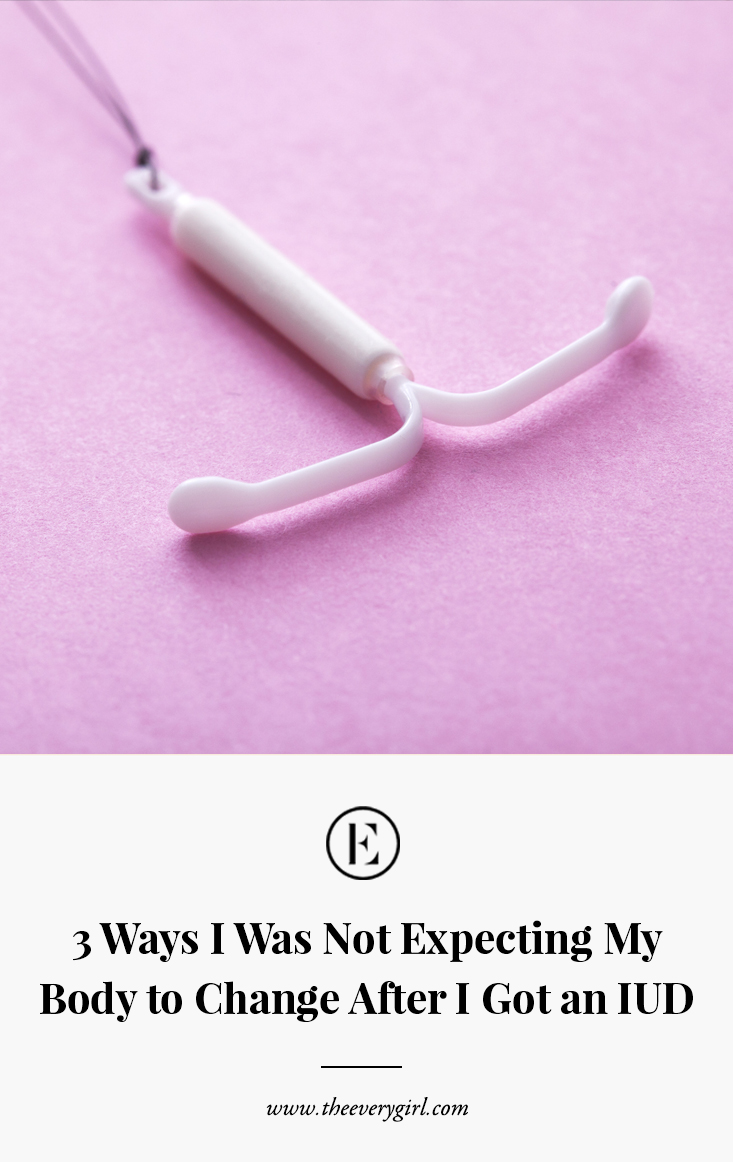 When I got my IUD in 2016, I really wasn’t sure what to expect. I knew I wanted a birth control method that would allow me to set it and forget it, and I wanted to get off of the pill in case the recent political climate caused birth control prices to go up. Time was of the essence, in my mind, so I scheduled a consultation with my doctor. She was professional and polite and gently guided me through all of the “umms” and “hmms” that consist of any consultative meeting with a doctor.

We went back and forth about the benefits of copper versus hormonal, the number of years I wanted the device to last, the specifics of my period and PMS, and before I left her office that day, I had made my decision. In two weeks, I would switch from ortho tri-cyclen, the daily pill I had used since high school to treat acne, to Kyleena, the small hormonal IUD that would guide me through the next phase of my young adult life: preventing pregnancy.

I felt excited that I would no longer need to worry about taking a pill every day, but I was incredibly nervous about the insertion process and the pain, not that experiencing pain down there was anything new. At that point, I’d had my fair share of painful periods, PAP tests, and a cervical biopsy. How bad could an IUD insertion really be?

In short, it was pretty painful. But as I look back, it wasn’t the pain that surprised me the most about the whole experience. No, to my surprise, it was my reaction. I cried. I cried to the point that my doctor, who was in her third trimester of pregnancy at the time, held my hand and asked the nurse to get me a glass of water.

I remember feeling guilty that she had counseled me through my deathly fear of accidental pregnancy while she was well on her way to motherhood. I felt embarrassed when, during our consultation, it became clear that there were components of my cycle that I genuinely didn’t understand. I felt grateful when she held my hand and assured me that the pain would go away and the device had been successfully placed in the correct spot. She was a genuine rock star through the whole process, but the unfamiliarity of the situation — the gravity of it — left me feeling emotionally raw.

As my doctor said, the pain eventually subsided, and my emotions leveled out. I popped two ibuprofen in my mouth, and I tackled the arduous task of driving stick while doubled over with cramps. By the time the meds kicked in and I laid on the couch, I still felt peculiar about the whole process, like a new continent had suddenly been added to my reproductive map, and I had no idea how to traverse it. How do I check the strings? How do I know it’s working? What am I supposed to do if there are complications?

By the time the meds kicked in and I laid on the couch, I still felt peculiar about the whole process, like a new continent had suddenly been added to my reproductive map, and I had no idea how to traverse it.

I wish I could say that three years after insertion my comfort level with the device has gone up, but the truth is, I still don’t think I’m entirely used to it. With each cycle, I discover something new about my body and its response to this complicated mingling of reproductive devices and synthetic hormones. But there were three changes — without a doubt — that stood out to me the most. 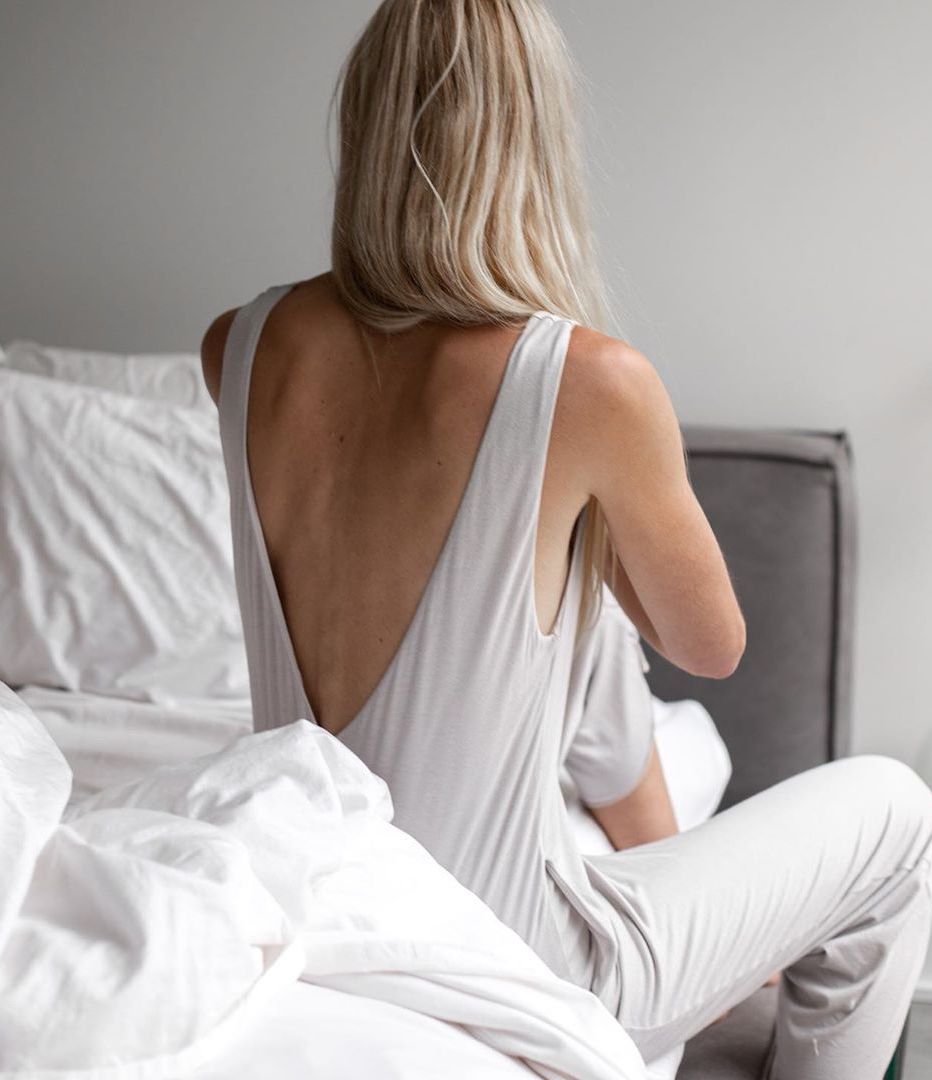 When my doctor first told me that some women stop bleeding entirely after their first year having the device, I was so excited! No period? That literally sounds like a dream come true! But after the first year and an abundance of periods with a normal flow (some heavy, if I’m being honest), I started to think that I was one of those women that wouldn’t be witness to this miracle.

I guess I should have been more careful about what I wished for because shortly into my third year with Kyleena, I noticed that my periods had changed. While they had gotten significantly lighter, to the point that I couldn’t use tampons or pads, they had also gotten irregular  — or so I thought. To analyze my suspicion, I downloaded a period-tracker app, Clue, to stay on top of my cycle. And to my surprise, I found out that I wasn’t actually experiencing irregularity in terms of monthly timing, I just wasn’t really bleeding anymore at all. Something I thought would be such a relief!

To my surprise though, I missed my period! There’s something less satisfying about experiencing PMS symptoms for a week without the relief a visible period brings. It’s like having persistent tension without a release; stopping at a red light only to then see the light turn blue. It was a cause and effect I wasn’t used to. I was still getting cramps, sore breasts, acne, and mood swings, but when my tracker indicated that I should start spotting, nothing would happen, and I was left sitting there guessing when my PMS symptoms would end.

Since the appearance of “phantom periods,” I have gotten better at managing the symptoms of PMS with pain killers, plenty of water, and exercise, but there is still something slightly off-putting about period pain with no period!

Of all of the symptoms and changes I experienced after getting a hormonal IUD, the regression into acne-prone skin was definitely the hardest thing to swallow. Before I started ortho tri-cyclen in high school, I’d struggled a little bit with acne – the occasional zit on my cheek or chin, hiding blemishes on my forehead with bangs, etc. With the pill, these blemishes and breakouts cleared up almost immediately, and I remember the relief I felt to finally have clear skin.

With Kyleena, however, my skin changed, noticeably. In fact, for the first one and a half years, I struggled to cover up, what I would consider, bad acne on one of my cheeks and my jawline. For the first time since college, I actually had to invest in skincare, products like Mario Bodescu Drying Lotion and various cleansers that boasted acne-solution prowess, but nothing really seemed to work!

As it turns out, acne is a common side effect of hormonal IUDs that contain progesterone. While Kyleena does not contain progesterone exactly, it does contain small amounts of progestin, a synthetic hormone that interacts with the receptors you have in your body for progesterone, so it does some of the same sorts of things. While my acne probably wasn’t as bad as it would have been with a hormonal IUD that releases high amounts of progesterone, like Skyla and Mirena, the progestin made its presence known within the first year of the insertion.

Thankfully, as I near the end of year three with Kyleena, it seems the acne has subsided. I still get the occasional painful zit on my jawline, chin, and cheeks, but with the help of a little skincare  — Enzyme Revitalizing Mask was a game changer — I’m starting to understand what my skin needs to counter the effects of progestin and look its best.

My period used to be regular, down to the day of the week. On ortho tri-cyclen, I could always count on my cycle to start on a Wednesday, at the end of the month, around midday, and having that kind of reliable cadence was helpful! From that regularity, I could gauge how long I would experience PMS (if I experienced it at all) and take comfort in the fact that my cycle was coming to an end. Now, because of Kyleena and the ever-elusive phantom period, the volume on PMS has been turned up to 100.

Experiencing PMS symptoms without bleeding seems to be a common side effect of hormonal IUDs. For a lot of women, the concentration of hormones in the uterus can cause the uterine lining to thin to the point that bleeding is reduced to anticlimactic spotting (see: phantom periods), but some women still experience ovulation and PMS symptoms.

While I don’t experience terrible PMS every month, there has been a noted increase in the amount of what-did-I-do-to-deserve-this cramps and unsightly pimples. Another symptom that I didn’t expect was breast tenderness. The first time my breasts felt particularly sore, I had a wave of panic wash over me that my IUD wasn’t working, and I had gotten pregnant. Thankfully, that was not the case, but the tender breast symptom persisted, and it seemed every second or third period I experienced that year was accompanied by chest sensitivity, something I hadn’t felt since high school.

As I approach my fourth year with Kyleena, I will need to make a decision if I want to continue on with the birth control method or opt for something else like going back on the pill, trying a new IUD, or something else entirely. In spite of the changes, I would say I’m content with my IUD. In fact, my IUD fills me with an odd sense of pride. While some of the changes might have surprised me at first, they ultimately helped me learn more about my body and what I wanted for my future.