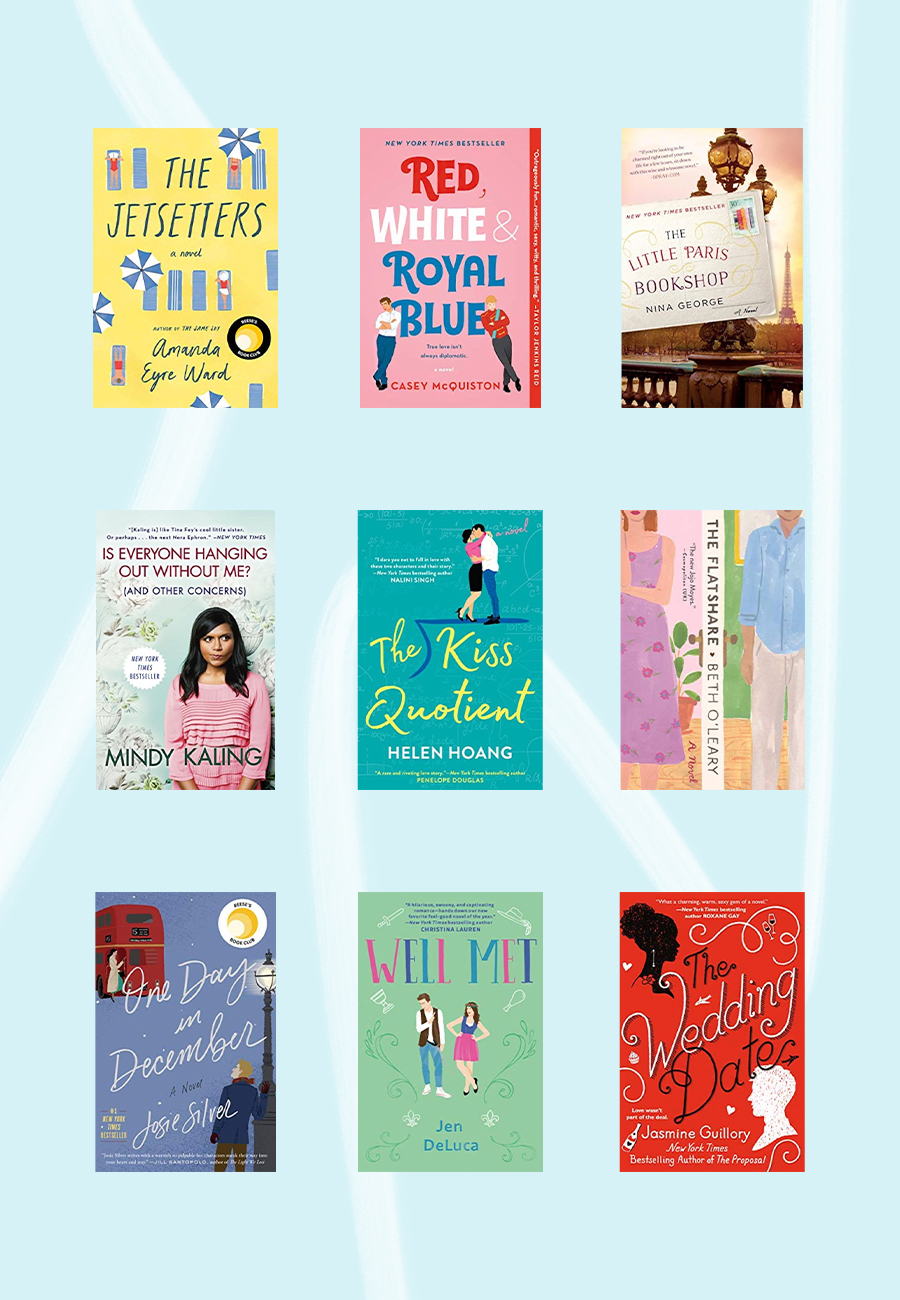 I’ll admit it: normally, when it comes to novels and TV shows, I’m into the ~dark and twisty~ variety that offer some element of mystery. There’s nothing more thrilling than playing along and trying to analyze every single scenario and character, and what possibly makes them rotten to the core (because everyone’s a suspect and I trust no one). But as real life is happening the way it is, those genres are being put onto the back-burner—because all I want now is to seek solace in things more pleasant, often predictable, and just all-around happy.

Books, unlike TV and movies, often let us forget time and space constructs and allow our imaginations to run wild—they’re the perfect way to fall into a different world and live vicariously through another person. Once you find one that just feels good for your soul, it’s like you’ve discovered the comfiest blanket in the world to cocoon yourself in.

If you (like me) are finding yourself constantly craving all the quirky characters, unlikely pairings, and whirlwind romances you can get, these 15 books are what you should pick up to satisfy them ASAP. They’re charming enough to make you forget all your worries, and will give your mind that sweet escape it keeps longing for. 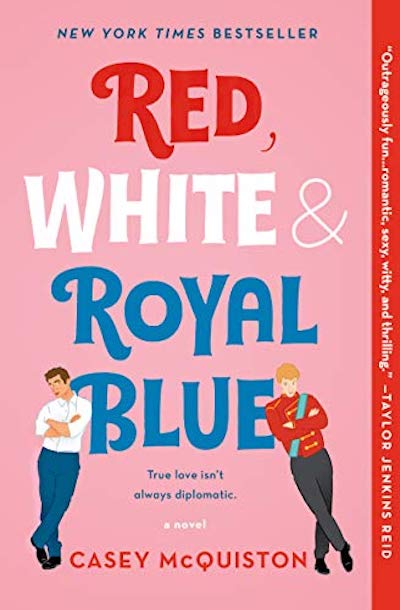 If you liked American Royals, you’re going to LOVE this. Alex finds himself as essentially an American royal after his mom is elected president. His image is squeaky-clean, except he has ongoing beef with Henry, an actual British prince. Both of their families try to do damage control to stage a truce, but it goes further than intended when Alex and Henry fall in love with each other. 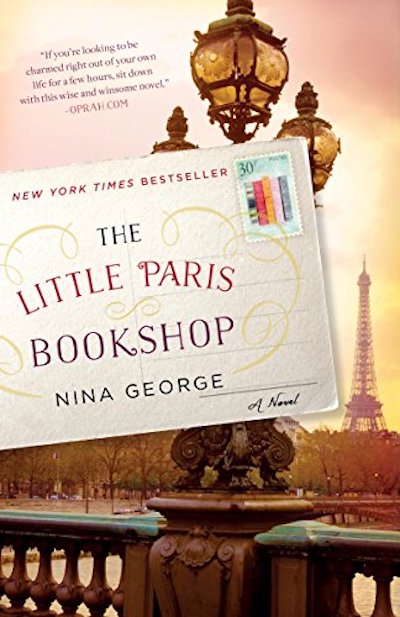 This book is a love letter to love. A floating bookshop owner on the Seine, known as the “literary apothecary,” prescribes various novels to brokenhearted customers, but himself has been left shattered after the love of his life disappeared, only leaving him a letter. After he finally reads it, he embarks on a journey to the South of France to tie up loose ends, accompanied by two pals. 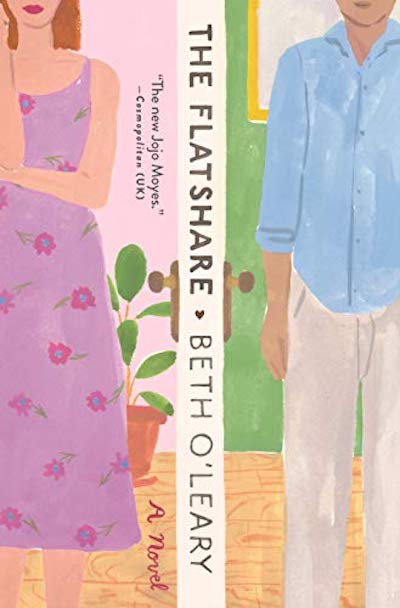 The tagline to this book is what drew me in: “Tiffy and Leon share an apartment. Tiffy and Leon have never met.” Filled with all the quirks you look for in a rom-com novel, it tells the story of Tiffy, in need of a cheap rental, who ends up rooming with Leon, a night shift worker. The deal is that Tiffy gets the place to herself during the night and weekends, and Leon gets it during the day. They never see each other, but then start leaving each other notes, leading them to become unlikely confidants. 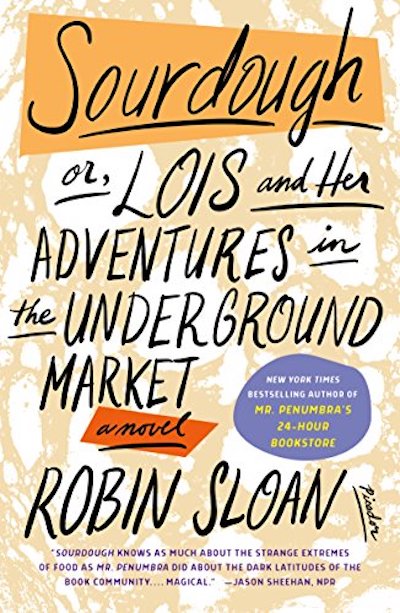 This book is quirky, fun, and is going to constantly make you crave freshly baked loaves of bread. Lois, a software engineer in San Francisco, experiences daily burnout from her high-stress job, and often relies on her favorite sandwich shop to help her feel better. When the shop suddenly closes up, the owners leave her with the starter to their iconic sourdough bread, causing Lois to take on the responsibility of keeping it alive and thriving. 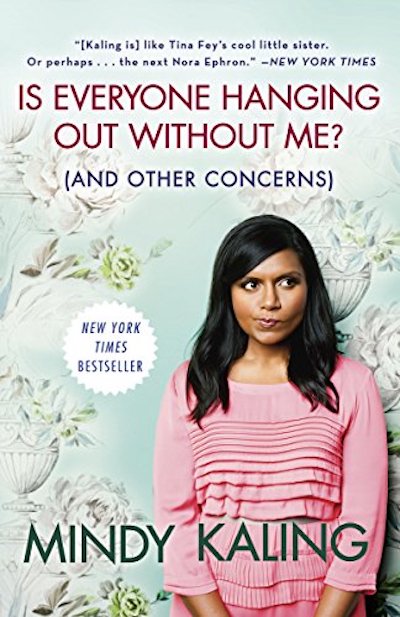 Is Everyone Hanging Out Without Me? (And Other Concerns)

This is one of those classic comedienne autobiographies that’s a must-read. Mindy Kaling recounts the stories of her childhood and youth that led to achieving success as a head writer on The Office. She sprinkles in anecdotes from college; her unscientific observations about love, friendship, and Hollywood; and amazing photos from her youth that’ll keep you laughing hard as you turn the pages. 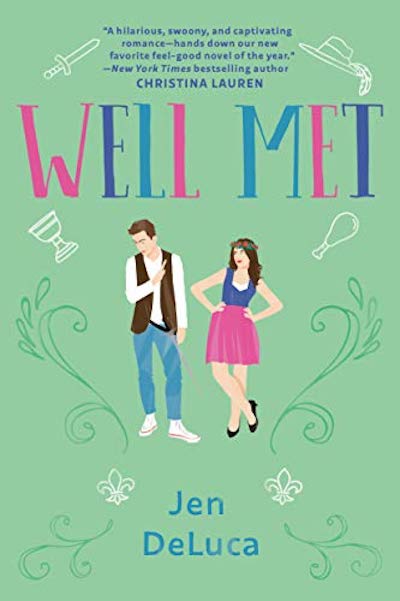 This book is just charming as hell. Emily relocates to a small town in Maryland to help out her sister, but then gets tangled up in a bunch of unexpected small-town scenarios she never signed up for (like volunteering for a renaissance fair). She finds herself at odds with a schoolteacher who she has to work with—a man that drives her crazy, but someone she also can’t stop thinking about. It’s the classic tale of “will they or won’t they?” 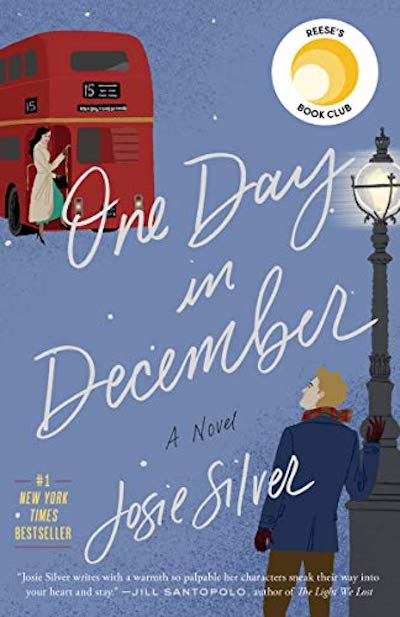 One Day In December

I love anything that takes place in London, so I knew this book would be an instant hit for me, personally. It's a cozy novel about Laurie, a woman who locks eyes with a man she sees while on a bus in a moment of magic. She spends a year trying to find him, only to run into him at a Christmas party in which she finds out that he is dating her best friend. Following this is a journey of happiness, heartbreak, and fate throughout the course of 10 years. 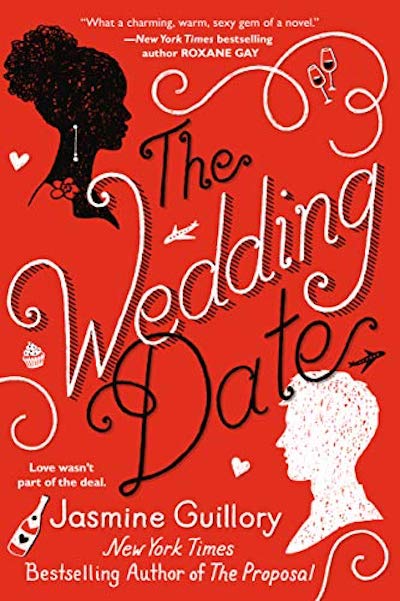 If you loved the movie by the same name, you’re bound to eat this one up. Drew’s ex is getting married and not wanting to show up without a date, he ends up convincing Alexa, a woman he meets in an elevator, to be his plus-one. Having way more fun than they anticipated, they end up having to go back to their separate lives after the wedding, but can’t stop thinking about each other. 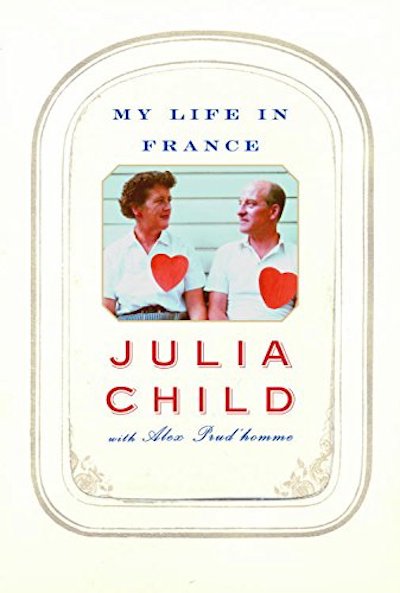 My Life in France

After watching Nora Ephron’s "Julie & Julia, "I was intrigued by the life story of Julia Child, the original TV chef, who warmed her way into everyone’s hearts with her authenticity, humor, and hard work. This book details her experiences from navigating French culture to facing all sorts of rejection. It’s the ideal feel-good book to show us how you can overcome anything and achieve greatness as long as you stay persistent and true to yourself. 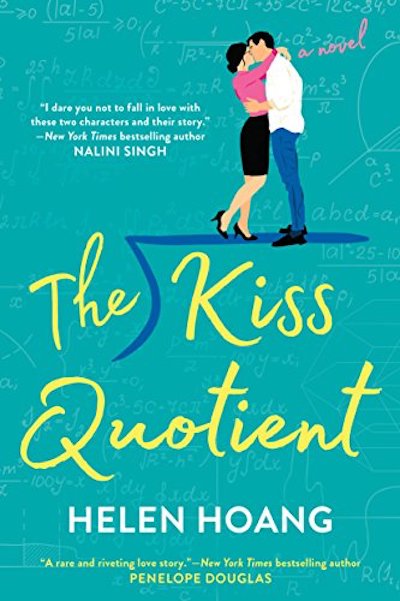 Stella Lane uses math to understand and predict literally everything that happens in the universe. She feels very behind in the dating department as a 30-year-old, and views her Asperger's as a roadblock to understanding physical attraction. Taking a scientific approach to figuring it out, she hires an escort to check off all the boxes on her experiment, but ends up learning more than she expected. 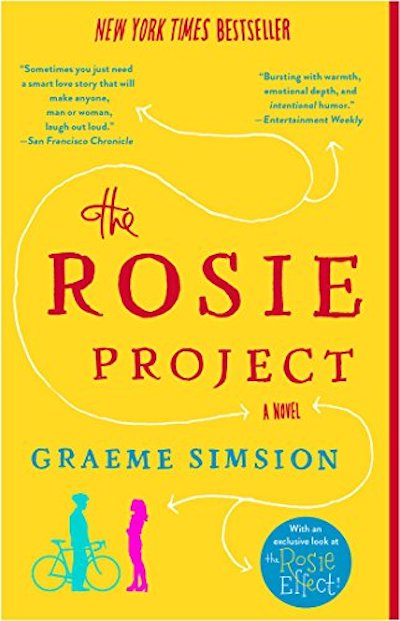 This hilarious book is narrated by Don, a genetics professor who is a bit of a loner that feels he’s not wired for romance. When someone tells him that he’d make a “wonderful” husband, he devises an experiment to find the perfect woman, calling it “The Wife Project.” He comes across Rosie, an unlikely match who takes him on a whirlwind journey. 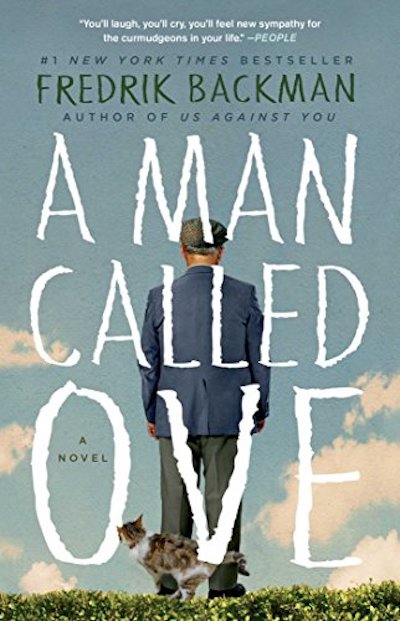 The best kind of stories are those that might start off somber, but uplift you as they are played out—and this one does just that. A grumpy, lonely, yet lovable man who is on the brink of wanting to end his life finds his world turned upside down when a chirpy young family moves in next door, causing comedy and chaos to ensue. 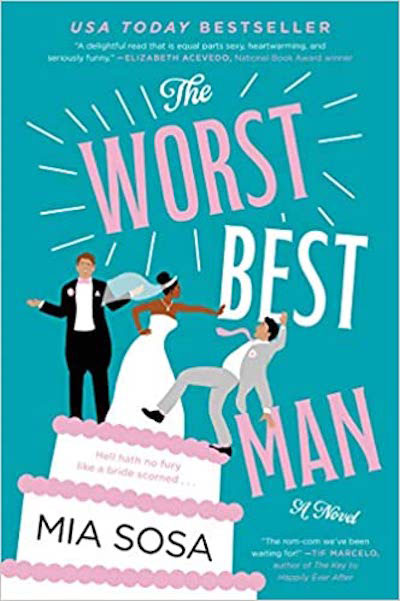 Let’s face it: we really just can’t help but eat up all the stories where any sort of wedding is involved. In this one, it just so happens that a wedding planner is ironically left at the altar, but she doesn’t let that stop her from manifesting her clients’ dream nuptials. She soon lands an incredible, high-profile career opportunity, but learns that the caveat is that she has to work with the best (aka worst) man from her own wedding. Her ex-fiancé’s brother is handsome, smart, and charming; she absolutely cannot stand him. Fans of unlikely romantic pairings, you know where this leads… 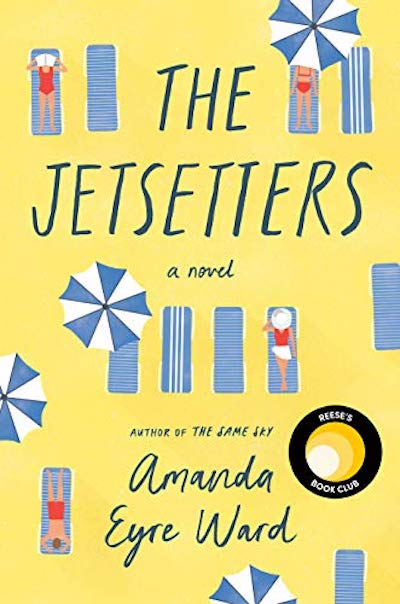 Ready to travel around Athens, Rome and Barcelona? This book will transport you there... but with a very dysfunctional family at your side. 70-year-old Charlotte Perkins submits an essay to a writing contest in hopes to win a cruise trip around Europe that she can use as an excuse to reunite her estranged children. Longing for the closeness they once had when she raised them as a single mother, she wants this trip to help them find peace with each other. 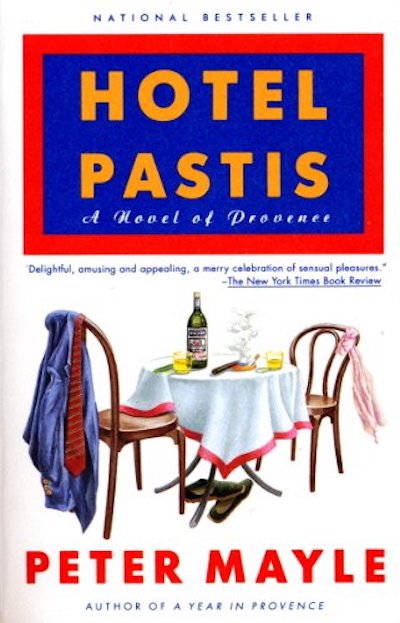 Hotel Pastis: A Novel of Provence

For those fantasizing about what it would be like to leave your life behind and start fresh in an exotic setting, this one’s for you. An English advertising executive quits his job to move to the South of France to turn an abandoned police station into a boutique hotel, and adventure ensues. This novel takes you on some unexpected turns, full of humor, romance, and even a bit of suspense!