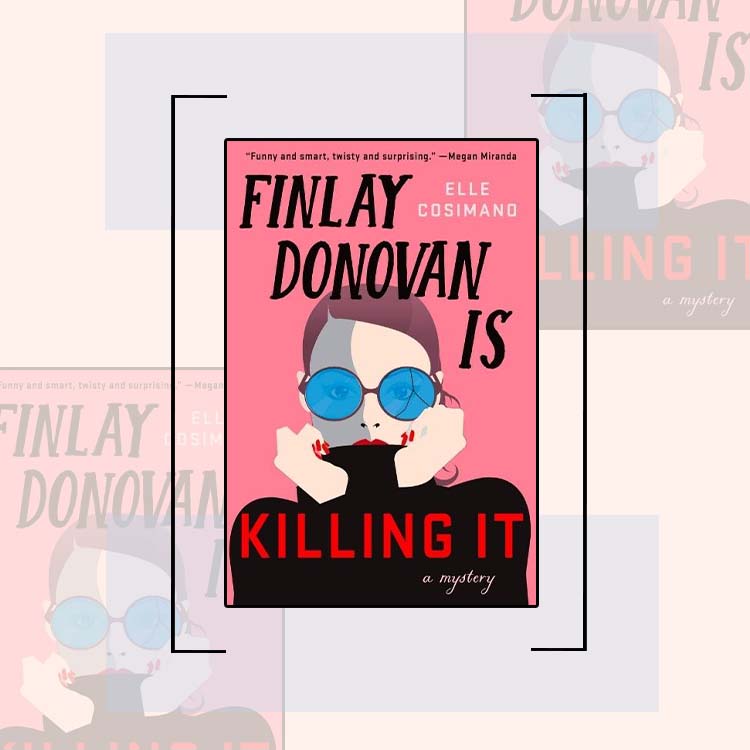 Every year, I set a goal to read at least 100 books. In 2021, I read 124. If that seems like a lot of books, that’s because it is (though not as many as some people). But no matter how many books I read, I think about reading hundreds more. Over the years, I have picked up some tricks that have made me pretty good at picking out the right books for me. I like romances, thrillers, and family dramas, but I don’t seek out funny books. And yet, when a book makes me laugh out loud, I love it more than anything.

This is why, out of all 124 books I read last year and the countless more I added to my TBR list, Finlay Donovan Is Killing It by Elle Cosimano is the one that I haven’t been able to stop thinking about. I can’t help smiling whenever I see it on my bookshelves. I bought it for my sister-in-law for Christmas. I read every review of it that pops up on my Bookstagram feed, wanting to know just how much others loved it too. It’s the book I have recommended the most to all kinds of readers because with an incredible hook, characters you can’t help but root for, a mystery that will keep you guessing, a bit of a love triangle, and that humor, it’s a book that works for everyone.

And now, just in time for the sequel, Finlay Donovan Knocks ‘Em Dead, I am recommending it to you. So what is it that makes this book such a laugh-out-loud read? Well, everything: 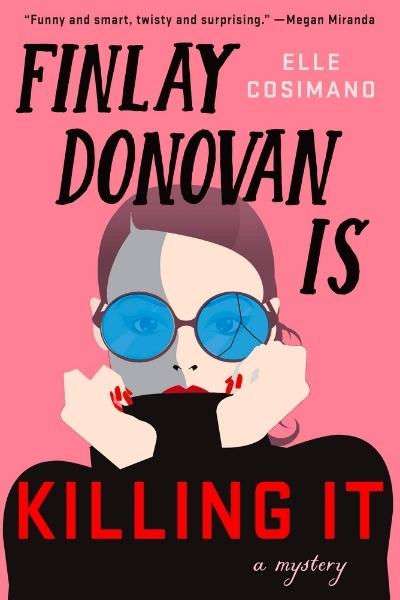 Finlay Donovan is Killing It

Finlay Donovan is totally not killing it. With a book deal on the line and an ex-husband and kids that don't make life any easier, the last thing Finlay needs is to get wrapped up in any more drama. Too bad she gets accidentally mistaken for a contract killer and actually needs the money. What will happen when her already complicated life gets tangled into a crime investigation?

A Hook That’s Guaranteed To Grab Your Attention

When I first heard the synopsis for Finlay Donovan Is Killing It, I knew I had to read it. A suspense writer gets confused for a contract killer? I mean, sign me up!

Finlay Donovan is just trying to make ends meet. After her husband, Steven, leaves her for another woman, she’s stuck renting the house they used to own together from him. Steven is threatening to file for full custody of their two young children. Finlay is behind on her bills and has already used the measly advance she received for a novel she hasn’t written yet. She desperately needs to get to work, but Steven has fired her nanny.

Finlay is overheard discussing the plot of that unwritten book with her literary agent while the two have lunch at Panera. When Finlay is clearing her dishes, a woman leaves a note on her table with a name, an address, a phone number, and “$50,000 CASH” written on it. And before she knows it, Finlay is tangled up in a murder investigation.

Finlay is the kind of character I want to be my friend. She’s funny and honest in the way that I wish we all could be: She’s not afraid to admit that yes, her life is a mess, and no, she really doesn’t have it all together. Yet despite everything she is dealing with, Finlay brings such a lighthearted attitude to her struggles. Her 4-year-old daughter cuts her own hair and wants to put it back together with duct tape? Sure. Her ex-husband fires her nanny? She’ll deliver their son to him with a very full diaper. Her nanny is trying to run off with her favorite pan? They’ll work it out while sharing the bourbon she was also going to take. Every time life throws something at Finlay, she handles it with care and a healthy dose of humor.

Additionally, Cosimano has populated Finlay’s world with characters who are just as interesting. Finlay’s nanny, Vero, may just do an even better job of making the best of unfortunate circumstances. And she’s always there to commiserate or celebrate, depending on the day, with takeout and a bottle of wine. Finlay’s daughter, Delia, has some of the funniest lines of the book, coming out with brutally honest observations and questions as 4-year-olds are known to do. Finlay’s sister, Georgia, who works as a cop, doesn’t have children, hasn’t been on a date in 10 years, and is calm and collected, serving as a stark contrast to Finlay herself. Even Finlay’s ex-husband and his fiancée, Theresa, while not as likable as the rest of the cast, are layered with secrets and quarks. You’d never know from Theresa’s pristine white carpets that her dirty laundry is thrown all over her bedroom. And that isn’t her darkest secret.

A Mystery That Will Keep You Turning Pages

If all of the excellent characters aren’t enough, the mystery in this book will make it impossible for you to put down. OK, so Finlay gets mistaken for a hit woman and is asked to kill a woman’s husband in exchange for $50,000. While Finlay could really use that $50k, she isn’t a murderer. So what could possibly go wrong?

It turns out that a lot can go wrong. I was gripped as Finlay became more and more involved in a real-life murder investigation. There are men who do awful things. There are women who want their husbands gone. There are mob bosses known for avoiding arrest. And there’s Nick, the cop on the case who starts working with Finlay after Georgia connects them, thinking that Finlay’s thriller-writer mind may be able to help, which brings me to…

As a recent divorcée, romance isn’t the first thing on Finlay’s mind. But that doesn’t mean she’s immune to the charms of the male suitors who cross her path. First, there’s law student Julian, whom Finlay meets when he’s bartending. Julian sees right to the heart of Finlay that first night they meet, and he insists that he doesn’t care that she has two young children and drives a minivan. The problem? Finlay was in disguise when she first met Julian. He doesn’t even know her real name.

Then, there’s that aforementioned cop. Georgia may claim that she only connected them because she believed they could help each other out. But Nick is single and handsome, and it’s clear she’s trying to set them up. The problem? Finlay is much closer to this investigation than Nick could ever imagine.

A Relatable Depiction of Divorce and Motherhood

I am happily married and child-free, but as a child of divorce and an aunt, I was able to appreciate just how accurately Cosimano depicts divorce and motherhood in this novel. Between Steven’s cheating and her financial situation, Finlay’s divorce is far from amicable. And while she can let her emotions get the best of her, she wouldn’t even think of saying something bad about Steven around her children.

Almost every action Finlay takes can be tied back to her children. She wants nothing more than to be able to support them and keep them in her care. But that doesn’t mean that Finlay enjoys every second she spends with her kids. She knows it would be impossible for her to write without someone watching them, and she is very much aware that how sticky they can get is a bit disgusting. After all, the novel opens with, “It’s a widely known fact that most moms are ready to kill someone by eight thirty A.M. on any given morning.” I mean, what mother can’t relate to that?

I tend to avoid series, but I am so happy that Finlay Donovan Is Killing It is the first in a new series. This book is the perfect blend of romance, mystery, and family drama. Its warmhearted characters and lighthearted tone make it an absolute delight to read. And the best part? The fun doesn’t end with just one book. Finlay’s journey continues in the sequel, Finlay Donovan Knocks ‘Em Dead, which was released earlier this month and is just as much of an adventure as the first book in the series.

Finlay Donovan is Killing It

Finlay Donovan is totally not killing it. With a book deal on the line and an ex-husband and kids that don't make life any easier, the last thing Finlay needs is to get wrapped up in any more drama. Too bad she gets accidentally mistaken for a contract killer and actually needs the money. What will happen when her already complicated life gets tangled into a crime investigation? 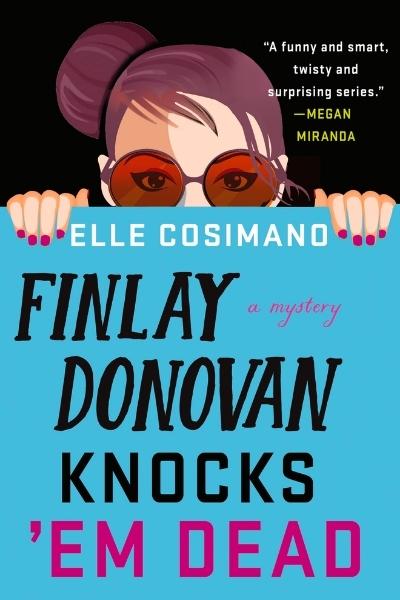 Finlay is once again struggling to keep her head above water. Her next book deadline is looming, someone wants her ex-husband dead, and a hot cop is determined to make his way back into her life. How many laws will Finlay have to bend to keep her family safe and meet her book deadline? You're going to have to read hilarious sequel to find out. 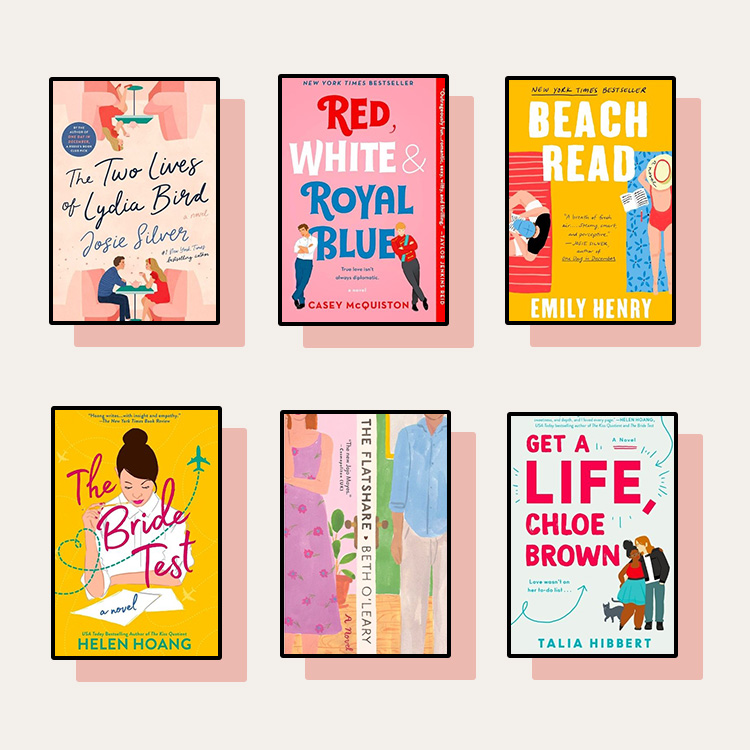