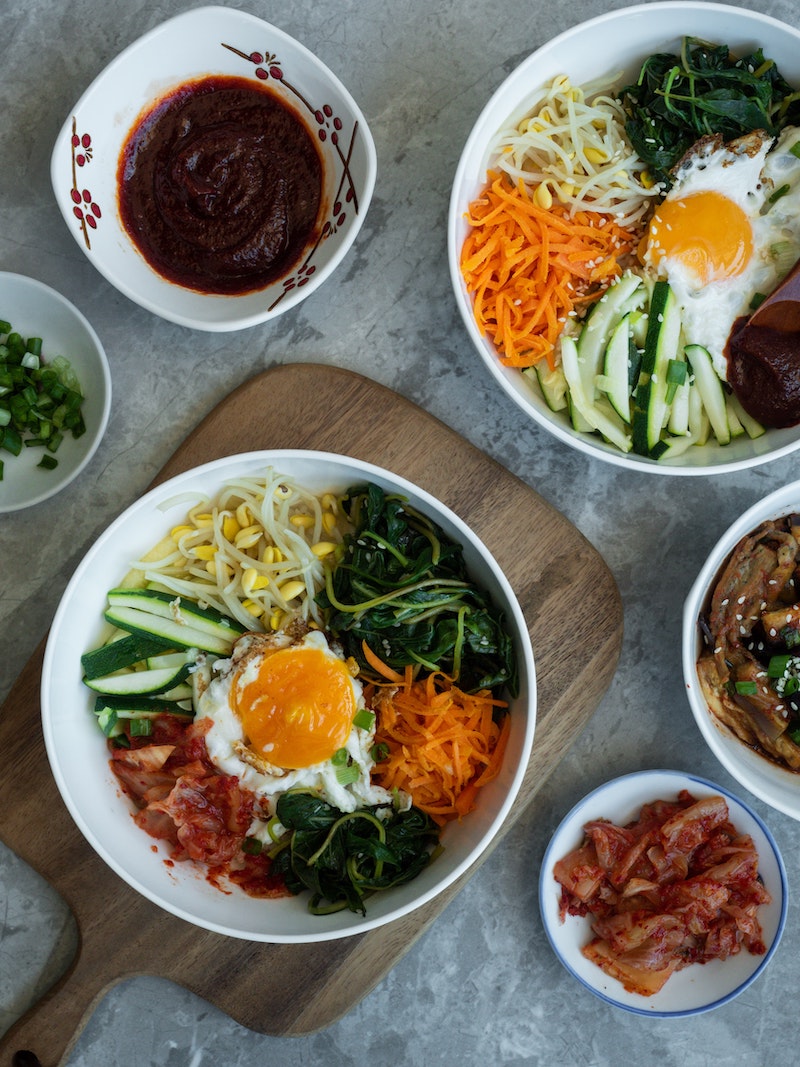 Everyone has a handful of memories that are painful to remember. I have a fistful of memories that are shrouded in guilt and shame. These memories lie deep within my belly, and among these darker memories, there are several of them that are connected to being Asian American. In between the shrouds, I remember being ridiculed for my eyes and being told to “go back to where I came from.”

To be frank, growing up Asian American was difficult for me. I grew up in the early 2000s; in a past world where I often felt marginalized by my classmates. While not all Asian-Americans or BIPOC share my experience, based on my candid conversations with my peers, there seems to be a feeling some of us share; this is a feeling of shame. Whether it’s shame over our bodily features or over our heritage, this feeling, I’ve felt many times, lies within the recesses of our bellies. My shame is often surrounding my Korean heritage and the “pungent” foods we eat.

In the early 2000s, Asian food was not as popular as it is today. Anglo-cized Asian staples, such as Orange Chicken and California Rolls, were around and accepted, but Asians and their authentic food were not. I’m talking about Asian Barbeque, Hot Pot, Xiao Long Bao, Dduk Gook. I was taught by my family that if I ate Korean food in public, that people would shun me. The shame I felt started at a young age.

I remember the night I learned that my Korean food was not accepted. It was a cool September “school night.” I was in first grade and would be experiencing my first lunch period since graduating from kindergarten. 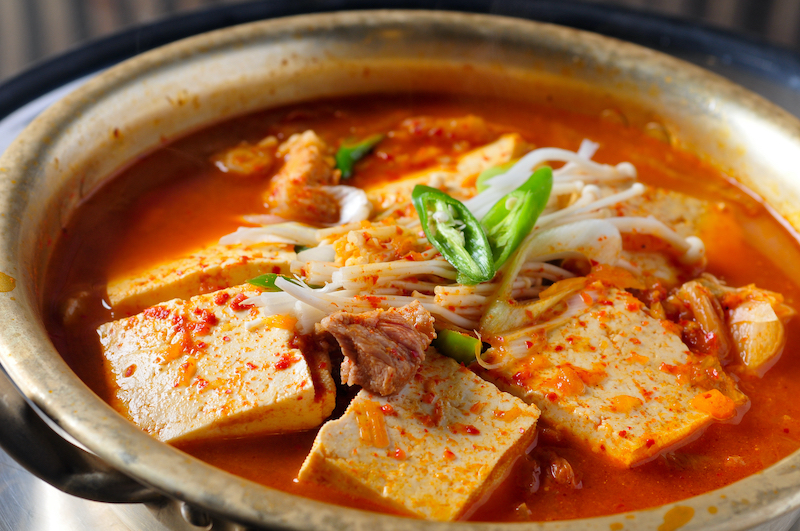 My family had just finished a giant pot of Kimchi Jigaae (a spicy, tangy stew made out of sour fermented kimchi and beef). After scarfing down my bowl, I declared: “I’m bringing this to lunch tomorrow.”

In response, my mom quickly stated that, in fact, I would not be bringing this to lunch tomorrow… or ever. Her reasoning was that my mostly white, non-immigrant classmates would make fun of me for a number of reasons. She broke it down for me pretty quickly:

In Korean culture and in many cultures, food is celebrated, and family time can mean cooking and eating together. In Korean culture, food is our culture. After all, making kimchi with your whole family in the fall is a ritual called Kimjang.

I had known that food was a big deal to my family for as long as I remembered, but after hearing my mother explain that our food wouldn’t be accepted, I understood something else. At the tender age of 5, I learned that society didn’t accept who I was because of my heritage and race. After all, if my food and my culture weren’t accepted, how could I be accepted?

As years passed, I would remain quiet as my non-POC peers laughed at the thought of Korean people making “BBQ” and would turn their noses up to homemade mahndoo (otherwise known as Korean dumplings). I would even occasionally be the butt of the joke as people asked whether I ate dogs or not.

At the tender age of 5, I learned that society didn’t accept who I was because of my heritage and race. 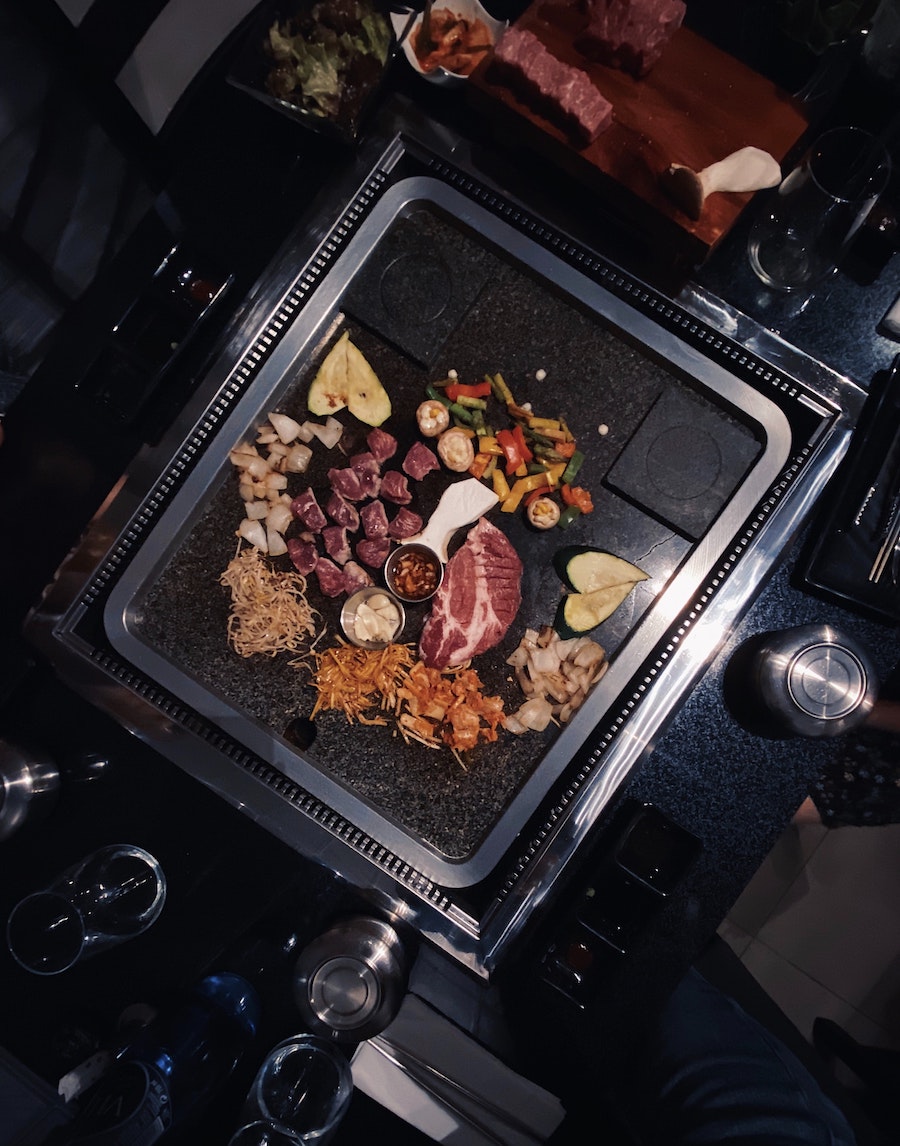 It took until my senior year of high school for something strange to happen. One of my friends said she tried Korean food for the first time and loved it. Since then, my friends have asked me to go to Korean BBQ with them, or have asked how to use chopsticks properly.

Over the years it has been hard watching my friends embrace Asian culture with open arms. There lies an underlying frustration that stems from the pain of having to hide my identity for so long. More importantly, my frustration also lies in the way Asian Americans have been treated in the United States over the last 150 years.

It has been hard watching my friends embrace Asian culture with open arms. There lies an underlying frustration that stems from the pain of having to hide my identity for so long.

In the past, the rise in awareness of Asian cuisine has come from historic immigration waves. President Lyndon Johnson’s Immigration and Naturalization Act of 1965 allowed for more Asians to finally migrate to the United States, including the immigration of my family. The migrants then exposed non-Asian Americans to new cuisines.

The Immigration and Naturalization Act of 1965 is something that has always made me cringe. While it’s lauded for ending a quota-based immigration system, I always felt that it’s a remembrance of wrongdoing towards the Asian community. After all it was the Chinese Exclusion Act of 1882 that did not allow Chinese immigrants to the U.S. (Later, in 1924, other East, Southeast, and Southern Asians were barred from immigrating also). The Exclusion Act, the first federal law to restrict immigration by nationality, later turned into a restriction by race. It took until 1943 for the Exclusion Act to be repealed, and during the 19th century, there was even a persisting stereotype that the Chinese ate rats.

Fast forward to present day, when the Pew Research Center noted in 2017 that there are 20 million Asian-Americans in the U.S., and Asian fast-food restaurant sales in the United States have increased by 135 percent since 1999. 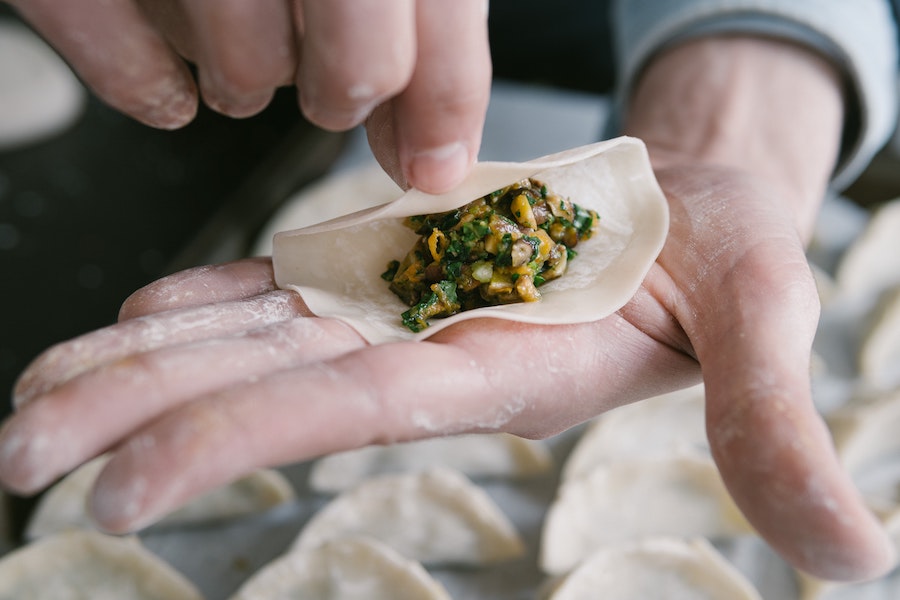 This growth in Asian food over the last several years has been astounding to see. But after years of Asians being ridiculed, how can I not feel frustration towards this growing interest in Asian food? Why show interest now? What’s the point?

After being shunned for my Asian food and heritage my entire life, now the current exoticism and wonder towards Asian cuisine is something that makes me wince. When my friends mention that they want to try more authentic Asian food, I can’t help but feel like they are rubbing salt in an old wound. Where was this acceptance and love for this food when I was a kid.

Given my uneasiness, I asked my Asian peers what they thought about the current rise in popularity of Asian food. Kevin Chen, a Tawainese-American, said, “People are being more aware of cultures now. It’s just hard because it’s not something that’s going to happen overnight. It’s more about bringing up the message [about Asian food] and having people be more aware of these cultures and the depth of them.”

Chen continued, “It’s not easy. I had a coworker that said a certain type of Asian Cuisine, Sichuwan, is superior to all Asian food, and you can’t just write off a whole culture like that. You can’t just pigeonhole cultures. Each culture’s cuisine is different.”

Chen’s cautious optimism towards the growing interest in Asian food is one that mirrors my own. It’s hard to envision a place where people are becoming more accepting towards the Asian community. Their curiosity is often one that I look at with weariness. This weariness comes from a fear of snide comments and a wall of shame. All it really boils down to is a wish to be respected for your culture and identity.

After being shunned for my Asian food and heritage my entire life, now the current exoticism and wonder towards Asian cuisine is something that makes me wince. When my friends mention that they want to try more authentic Asian food, I can’t help but feel like they are rubbing salt in an old wound. Where was this acceptance and love for this food when I was a kid. 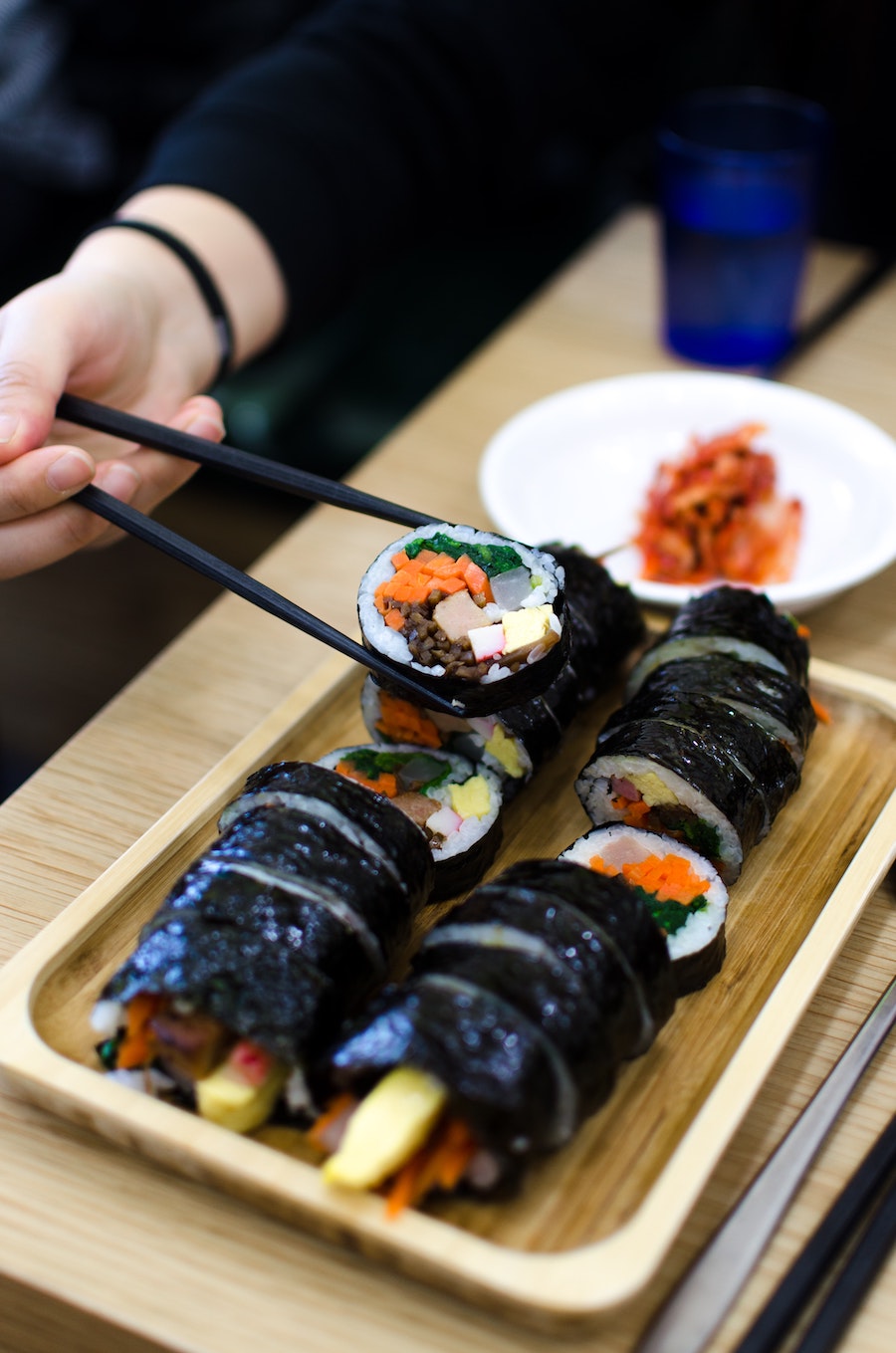 Harinder Kaur, an Indian American, had different thoughts as she reflected on her childhood. Kaur said, “Growing up, I wanted to be more white and accepted. When we came to America, we didn’t even have ‘American’ clothes. I saw more racism through the way I looked, not over food. I think I’ve gotten more comfortable accepting my culture, but there’s more to it than food and racism.”

Kaur’s story is one that holds true for many Asian families today including my own. The attempt to assimilate to white culture shows the amount of shame we harbor towards our own Asian cultures.

While Kaur and Chen may not be reflective of the whole Asian American community, they share a sentiment that needs to be heard louder during these trying times. This sentiment is that Asian stories need to be heard more and accepted more into society, but more importantly, we as Asians need to be prouder of who we are. I truly believe this is the only way forward. After years of hiding and feeling shame within our bellies I believe it’s time we finally stand proud together.

Perhaps this can be a new step towards more equality and understanding. Instead of focusing solely on our past, it’s time to discuss and reflect on what our future as a nation can be, Asian or otherwise. 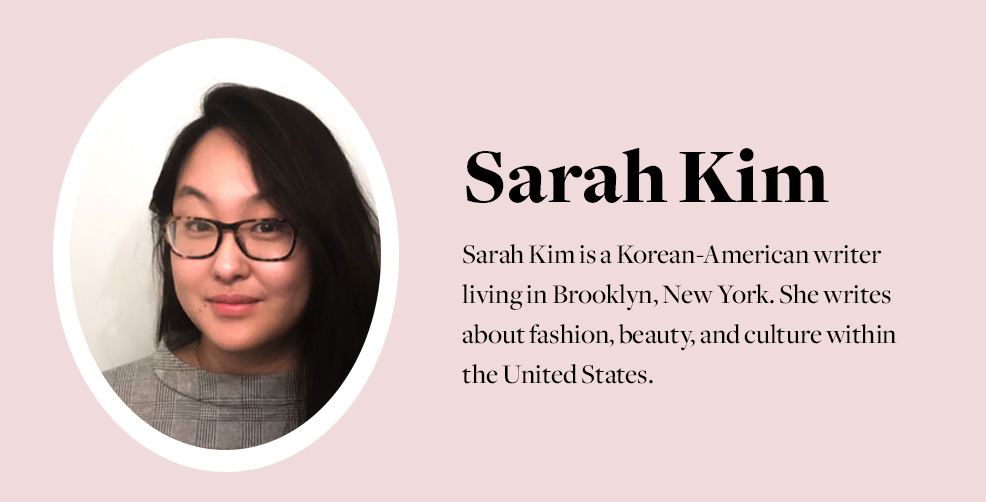