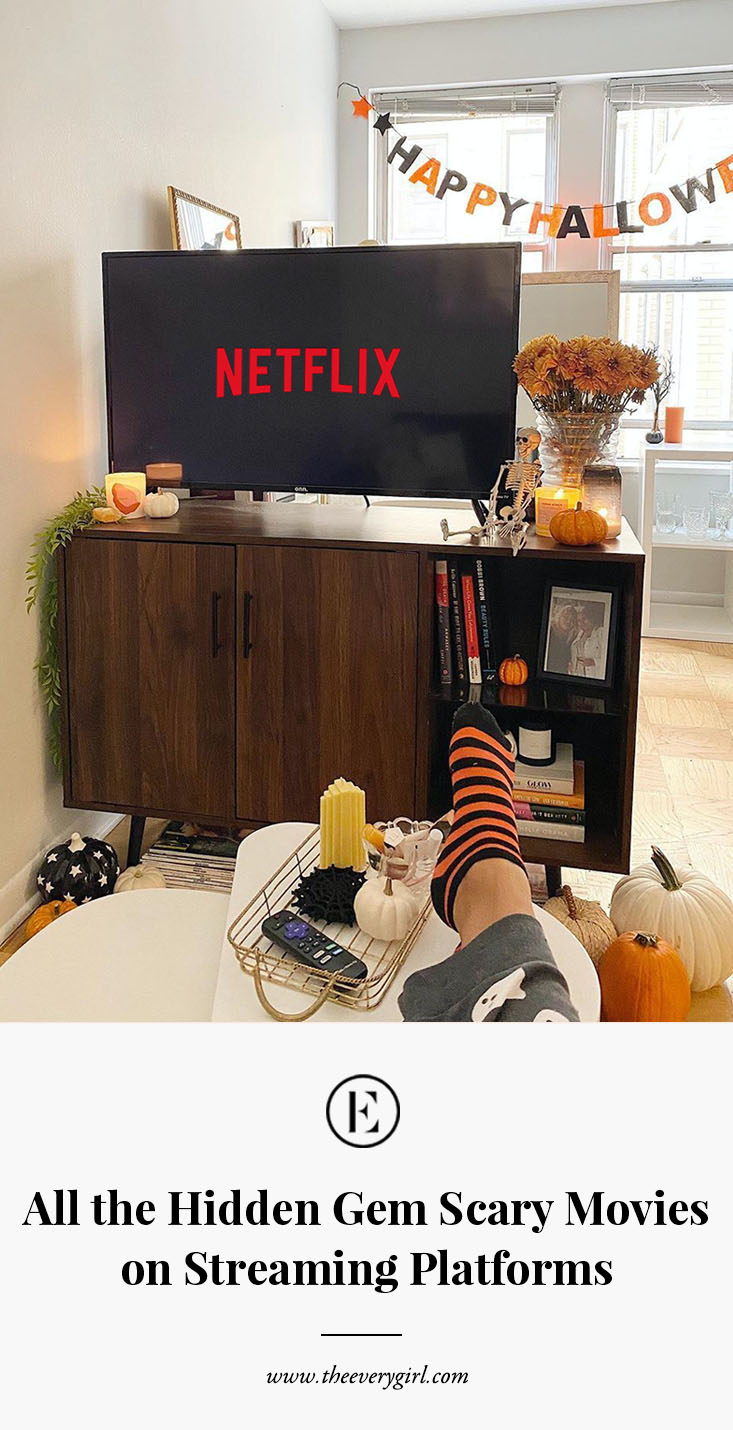 When I like something, I like it hard. I never just start liking something lightly, watching an episode here and reading a chapter there. I go at from every angle and consume as much as humanly possible. I do YouTube searches. I surf Reddit. I follow stan accounts on Twitter. I basically fill my brain with as much of that media as humanly possible until I ultimately get bored with it. But there are some that have stuck around for years, and that’s my obsession with horror.

I love scary movies, scary books, scary stories (don’t get me started on Let’s Not Meet stories on Reddit, OK), scary things—if it’ll take me out of reality and into a new world, I’m in. True crime is cool and all, but if it has a ghost or an evil twin or a demonic possession, I’m in. And don’t get me wrong, Paranormal Activity, Poltergeist, Friday the 13th, Candyman—they’re all classics. But there’s something about a B-rated, budget horror movie that gets my juices a-flowin’. I’ve scoured streaming sites in my personal time to find the best hidden gems out there, and we figured it was high time to share it all.

If you haven’t tapped the Tubi archives yet, you’re missing out. It’s a free streaming service (yep!) filled with B-rated, lower-budget movies, and tons of them are on the scary side. I watched Triangle solely because Liam Hemsworth was in it, but it’s become a favorite. A group of friends take a yacht trip for the day, and after a storm crashes their boat, they’re stuck in the Bermuda Triangle. Cue the weird sh*t.

I just watched this a few weeks ago, and it’s the perfect mix of horror and comedy. For fans of Parks and Rec who also want to be spooked, this is your scary movie of the year. Adam Scott plays a stepdad who wants to bond with his new stepson until he starts seeing signs he might be a demon. It’s both hilarious and creepy.

If you’re a horror fan, you need to get Shudder. It’s a streaming service for all things horror, thriller, and suspense. (Tip: I’m doing the free trial for the month of October so I can watch all my favorite scary things all month long!) This was the first movie I watched, and it. Is. WILD. This movie was entirely filmed on Zoom at the beginning of the pandemic (talk about using your time wisely!), and it’s actually quite scary, and the acting is on par with higher-budget films.

I’m breaking the rules (what else would you expect of a horror fan?) and sharing a Hulu show. Castle Rock is based on a bunch of short stories (and novels) by Stephen King, and each season follows a different story. They have the perfect mix of creepy Stephen King-esque sci-fi horror with a little bit of drama to round it all out. I watched this with my mom in the matter of a few days! Season four just released, and it’s all about Annie Wilkes from Misery!

This isn’t necessarily a major hidden gem in the ~horror community~, but none of my friends ever talk about it, and it’s one of the best movies I’ve seen in years. It was written by a former sex worker, so she understands the lingo and the culture very well, which is really apparent in the film. A woman who makes live videos on a camming website is randomly locked out of her account, but someone who looks exactly like her is able to keep making videos as her.

This is one of my favorite movies on Netflix. A couple moves to a new home in California and run into an old classmate who seems friendly but is actually out for revenge. It’s a bit of a slow build at first, but it ends up being extra creepy and full of suspense by the end.

Would You Rather, Netflix

Brittany Snow stars in this thriller about a woman who needs money to help her sick brother and decides to partake in a dinner competition that quickly turns lethal. This is one of the most disturbing and uncomfortable movies I’ve ever seen, but it’s all in a good way. If you loved The Invitation, add this to your queue.

It takes a lot to terrify me, and this one made me wish I didn’t live alone. Any movie that uses creepy kids in creepy masks to freak you out is doing something right in my book. Two twin boys start to question if their mom is really their mom after she has facial plastic surgery. It often blurs reality and nightmares, which was an added element of the movie I enjoyed.

What Keeps You Alive, Netflix

I grabbed a glass of wine and dove into this movie when it first released on Netflix, and I was shocked the entire way through. A couple spends a weekend at a cabin, but you quickly realize they might not know everything about each other. It’s not your typical creepy cabin-in-the-woods story, which I loved.

I wouldn’t say this is particularly horrifying, but if you enjoy a thrill and fell in love with Parasite the way I did, you’ll enjoy this one too. Plus, it has Chris Evans, so there’s that. In a dystopian world where everyone has to live on a train traveling the world during the ice age, the train is separated by class. So when the people at the back of the train (the poorest) decide to rebel, chaos ensues. This is more of a thriller than a scary movie, but the snowy setting is the perfect primer to winter.

Another Tubi classic, American Mary follows a medical student who, needing to pay for her school, takes on a couple under-the-table body modifications jobs… that ultimately lead her to a booming business in absolutely weird surgeries. This isn’t for the faint of heart, so if you’re grossed out by blood and gore, pass!