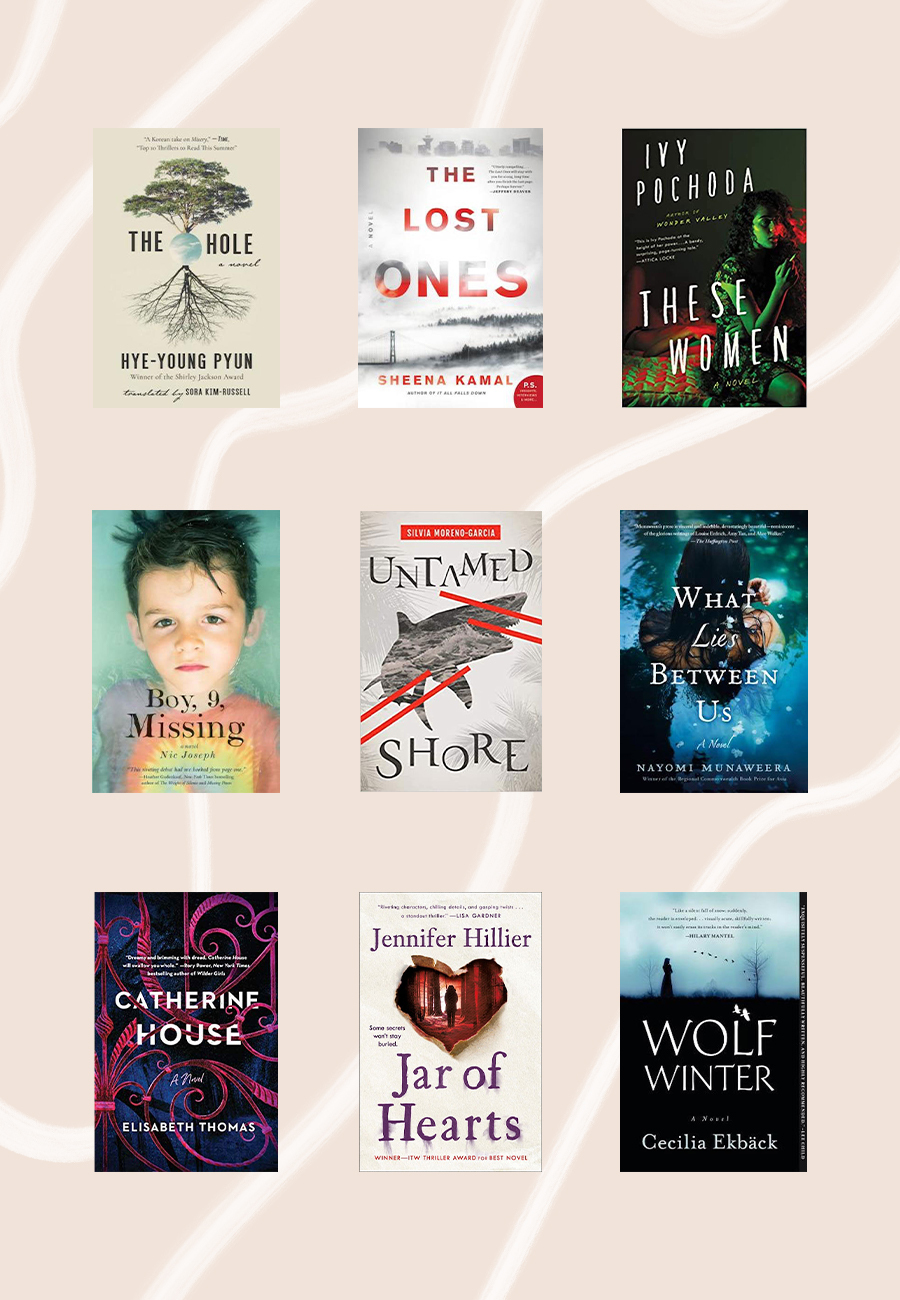 If you couldn’t tell, we love thrillers here at The Everygirl. Thrillers to keep you up all night? Check. Thrillers to celebrate Halloween? Check. Thrillers just because we love them? Check. But as much as I love to curl up with a Gillian Flynn, Ruth Ware, or Jane Harper novel, sometimes I want something a little different—something I haven’t seen splashed over every booklist and bookstore display table with the promise “You’ll NEVER see this twist coming!” or the oft-cited (and oft-controversial) “The next Gone Girl!”

With that in mind, this list includes psychological thrillers, detective stories, page-turning horror, and other suspenseful books that may not have made it onto your nightstand yet. (And if you’ve read them all, please leave more underrated recommendations in the comments! We’re always looking to diversify my thriller diet.) 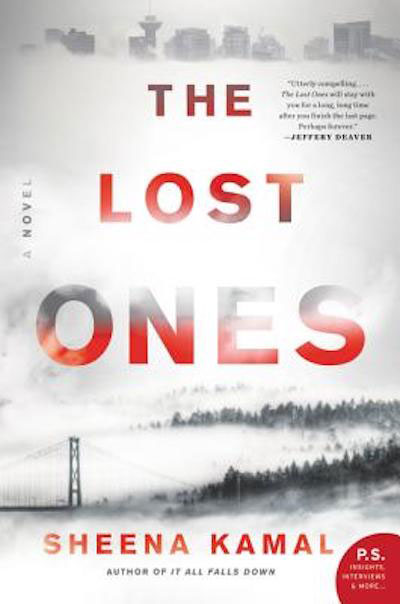 A few years ago, I realized I was reading diversely in most genres except one: mysteries and thrillers. Those all seemed to be written by white women, primarily from the U.S. or U.K. So, I wrote into one of my favorite bookish podcasts (“Get Booked!” from Book Riot) to request thrillers by Women of Color, and “The Lost Ones” by Caribbean-born author Sheena Kamal was their top recommendation. Set in Canada, the book’s protagonist is Nora Watts, who is asked to help find a missing teenage girl—Nora’s daughter, who was adopted 15 years ago. I especially appreciated the running commentary on the treatment of Indigenous people in Canada throughout the story. And if you want more Nora Watts in your life, Kamal has since published two more novels and a novella in the series. 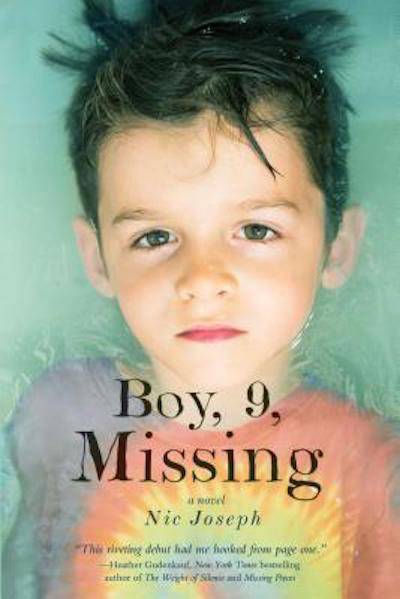 I’ve read all three of Nic Joseph’s thrillers thus far, but her debut novel is still my favorite. "Boy, 9, Missing" begins when a 9-year-old boy dies during a dinner party in the early 1990s. The only witness is another young boy who refuses to speak about the incident. More than 20 years later, another 9-year-old boy goes missing, and there’s plenty of reason to suspect the two tragedies are related. 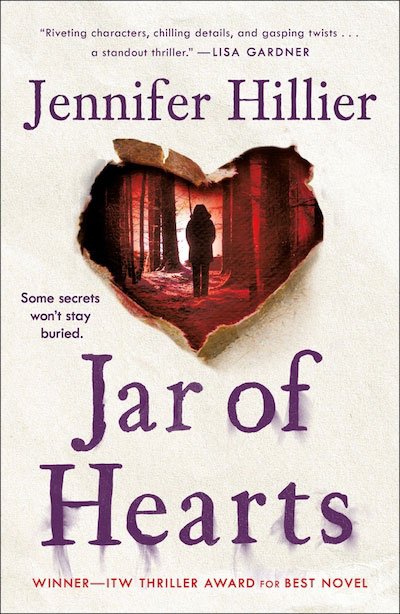 Depraved. Grisly. Pulse-pounding. Those are just a few phrases reviewers have used to describe this novel by Canadian-born author Jennifer Hillier. Set in the Pacific Northwest, the book features a young female executive with a dark secret, an escaped serial killer, and the perfect amount of flashbacks to keep you intrigued without becoming frustrated. To be fair, almost everyone I know who has read this award-winning thriller has loved it, but I just don’t think enough people have read it! And if you like Hillier's writing, she has five other thrillers for you to devour. 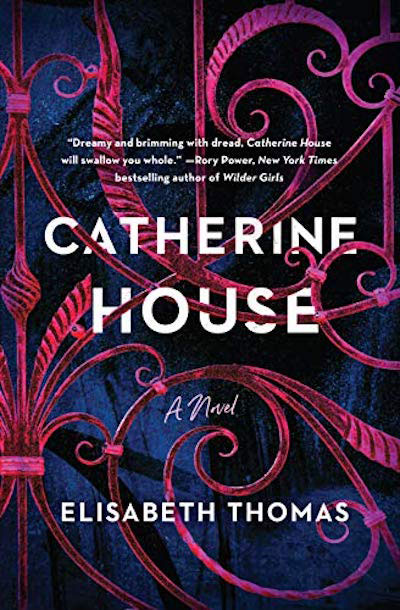 This debut novel strongly reminded me of two of my 2020 faves so far—“Lakewood” and “When No One is Watching”—though much more atmospheric and quieter in tone. In this Gothic novel, Ines earns a spot at an elite boarding school, which had made headlines years before for questionable experiments. If you missed that back-to-school feeling this year, “Catherine House” may scratch your itch. (As long as your idea of a back-to-school read is filled with creepy, secretive cult vibes on a crumbling, isolated campus.) 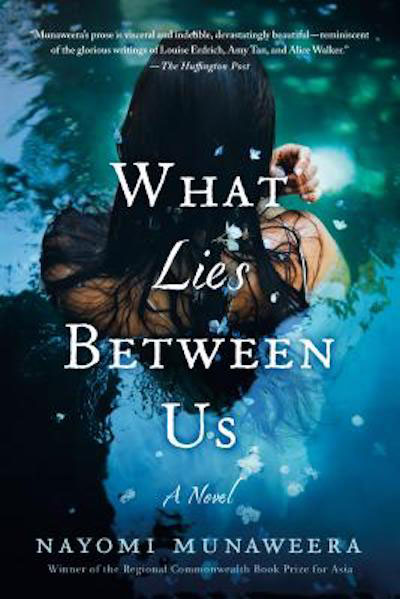 What Lies Between Us

This novel by a prize-winning Sri Lankan writer isn’t the heart-pounding, twisty storyline typical of popular books in the genre, but it’s definitely worth a read. More of a literary slow burn, the quiet suspense in this novel builds from the first chapter, when the narrator confesses from her cell that she has “done the unthinkable.” What follows is a story of a childhood in Sri Lanka, an immigration to the United States, and a complex and beautiful portrait of a marriage… but we know the entire time it won’t end well. 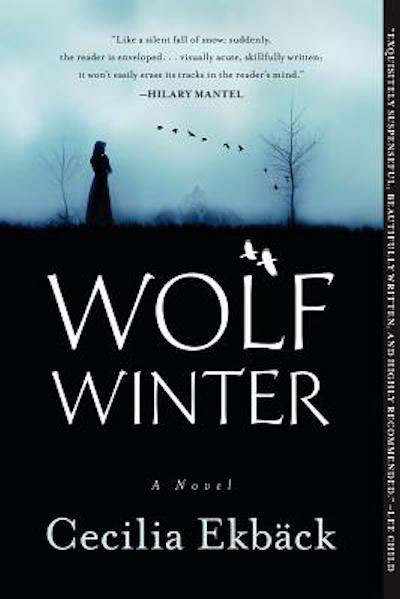 I read “Wolf Winter” over two days back in 2016 and I still find myself thinking about it. I obviously haven’t done a good enough job evangelizing about this book, though, because I just checked my Goodreads and… a whopping zero of my friends have read this book. (So please indulge me!) This atmospheric novel featuring a homesteading family during a brutal winter in 18th-century Scandinavia marries elegant writing with compulsive readability, making it another excellent choice for literary fiction fans who are craving suspense (or thriller fans who appreciate great writing). 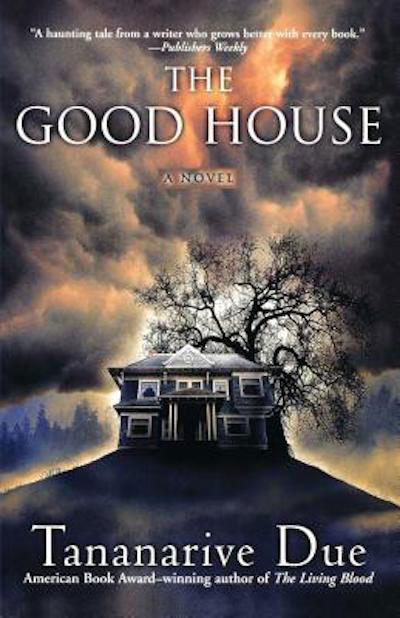 I honestly can’t believe Tananarive Due isn’t right up there on every horror reading list next to Stephen King and Shirley Jackson. (Well, I guess I can because #publishingsowhite, but I fervently wish it weren’t so.) I listened to this audiobook a few years ago to prepare for Halloween, and girl, was I spooked! This supernatural story features a Black woman who moves into an inherited house with a haunted history in a predominantly white town in Washington. "The Good House" is a bit of a doorstopper (clocking in around 500 pages), but Robin Miles narrates the audiobook exquisitely, so I definitely recommend going the audio route if long books intimidate you. (Or if you simply enjoy a good audiobook!) 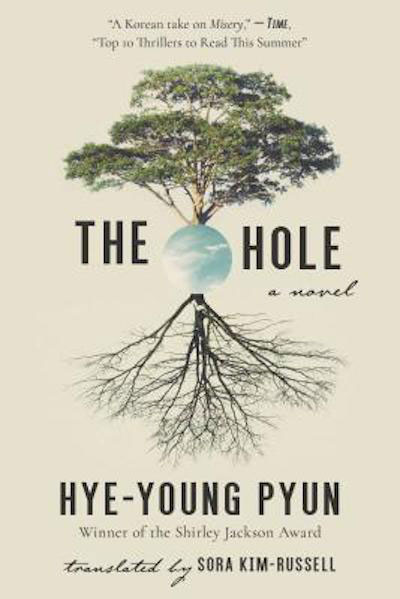 If you like quiet, tense psychological horror films, I think this book is for you! Short and dark, “The Hole” was a bestseller in the author’s home country of South Korea. It begins with a terrifying premise: A man awakens in a hospital to discover the accident that paralyzed him also killed his wife. As his mother-in-law assumes control of his care, the horror of the idea of being stripped of all bodily autonomy is compounded with secrets from his past and the truth about what happened the night of the accident. 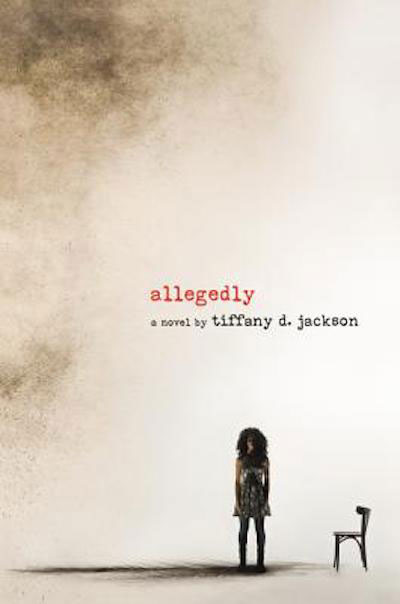 We’re fans of Tiffany D. Jackson over here at The Everygirl; we’ve recommended her mature young adult books “Monday’s Not Coming” and “Grown” before, but don’t overlook her 2017 debut novel, “Allegedly.” The novel begins with an (fictional) excerpt from “Babies Killing Babies: Profiles of Preteen and Teen Murderers,” so be prepared for a disturbing and twisted storyline. 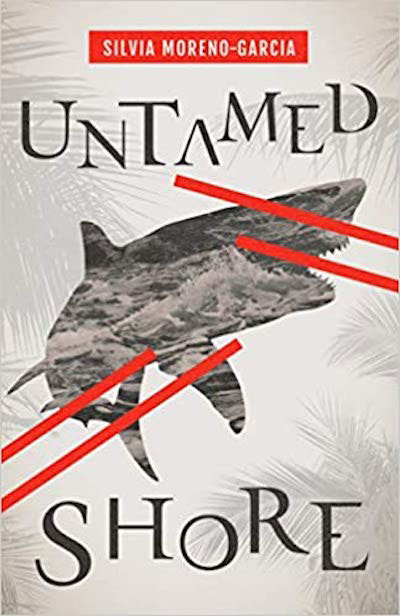 Silvia Moreno-Garcia is a master of page-turning coming-of-age novels, so when I belatedly learned she had released a book between last year’s fantastic “Gods of Jade of Shadow” and this year’s summer hit “Mexican Gothic,” I immediately snatched it up. Billed as Moreno-Garcia’s “first thriller” by the publisher, “Untamed Shore” features a young woman in a small Baja California town during the late 1970s whose summer takes a dark turn after she becomes entangled with three American tourists. 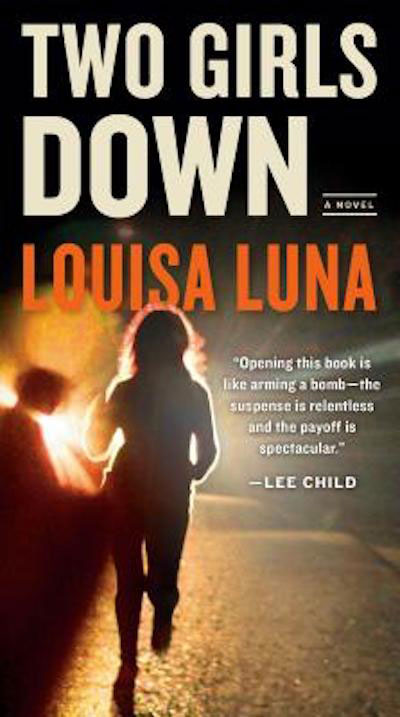 I almost made it through this entire list without including a book with “girl” in the title… but I promise, this one deserves a spot! After two young sisters go missing from a parking lot in rural Pennsylvania, a private investigator from California teams up with a disgraced former officer from the local police force in a race to find the girls. A second book featuring the investigative duo released earlier this year ("The Janes"), and I look forward to inhaling that one as well. 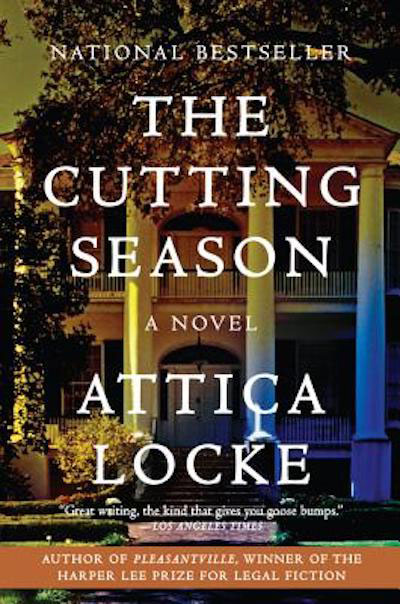 Attica Locke isn’t an unknown author by any means; she has received critical acclaim for her mystery stories, and we’ve raved about her before on The Everygirl, but I still feel like way more people need to read and appreciate her, hence her inclusion on this list. “The Cutting Season” is Locke’s only standalone mystery so far, so it’s a great first novel for anyone looking to dip into her writing. The primary mystery in this novel centers around a dead migrant worker found buried on a plantation-turned-tourist-attraction in the contemporary American South, but it quickly becomes apparent the modern-day crime may be connected to sordid secrets in the plantation’s past. 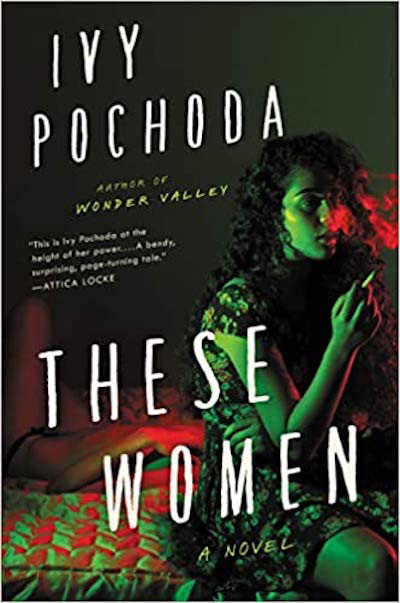 For another crime novel with notable critical acclaim but not enough popular appreciation (IMHO), I present “These Women." In the late 1990s, a serial killer hunted sex workers on the streets of South Los Angeles before the murders abruptly stopped. Fifteen years later, the killings begin again. Through the unique narrative structure of the story, Pochoda voices the experiences of various women living in the community as they seek answers and justice for the dead.

What are some of your favorite underrated thrillers? Let us know in the comments!