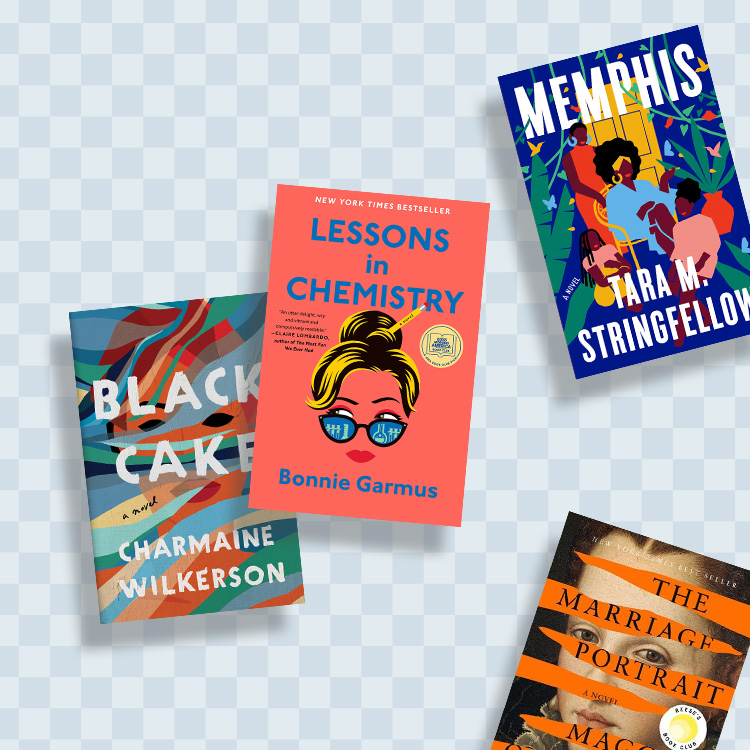 I was always that person who used to doze off in my high school history class after reading yet another textbook on World War II and the American Revolution. But history doesn’t have to be boring. Need proof? Look no further than the Historical Fiction aisle at our local bookstore. Once there, you’ll find all the romance and thrills you look for in other books set against historical backdrops that make you feel like a time traveller. Even if you don’t typically like reading about history, there’s something in the genre for you. Read on to discover your new favorite book. 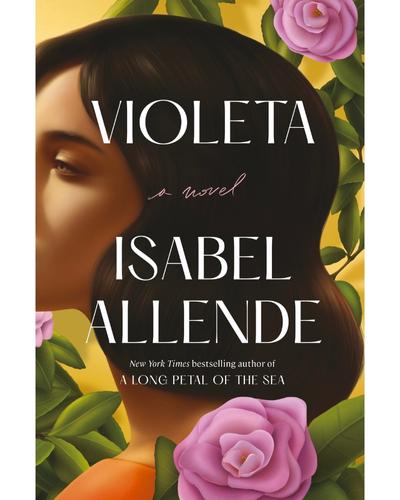 This novel follows the story of Violeta Del Valle, a women whose life spans 100 years. Written in the form of letters written by Violeta and addressed to someone she loves, she recounts inspiring, joyful, devastating, and emotional stories from the her life throughout the twentieth century. 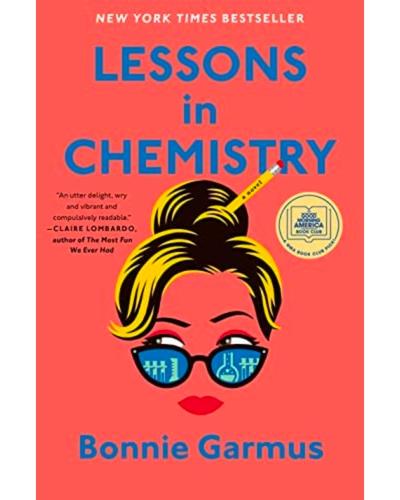 Scientist Elizabeth Zott is anything but average—she knows that for a fact. So when she reluctantly becomes the star of America's most beloved cooking show, her unusual, science-backed approach both impresses and angers people. Daring women to change the status quo through her teachings, this novel is laugh-out-loud funny and inspiring. And of course, it will make your mouth water. 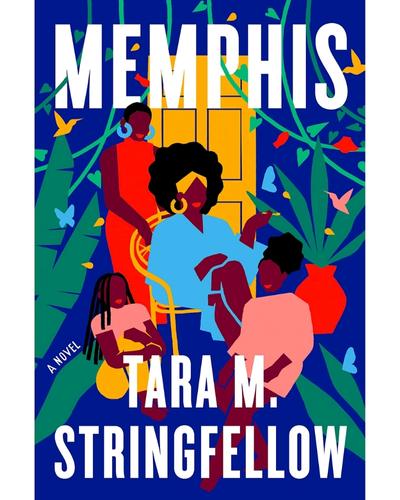 Memphis traces three generations of a Southern Black family and one daughter's realization that she could possibly change her family's legacy. Told through various point of views across the span of 70 years, this unforgettable story explores the complexity of inheritance, sacrifice, justice, and love. 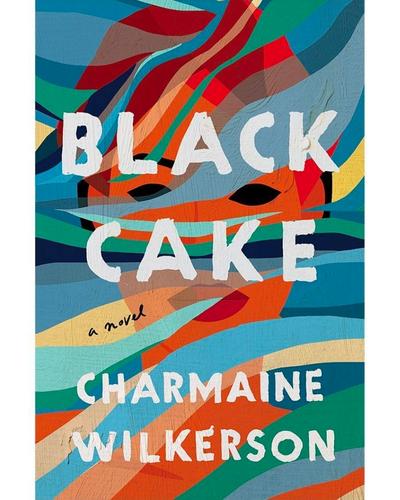 When Eleanor Bennett dies, she leaves an interesting inheritance to her two children, Byron and Benny: a black cake and a voice recording. The story she tells them in the recording about a long-lost child makes them question everything they thought they knew about their mother. With so many unanswered questions, Byron and Benny wonder how they will piece together their mother's life and fulfill her final request to "share the black cake when the time is right". 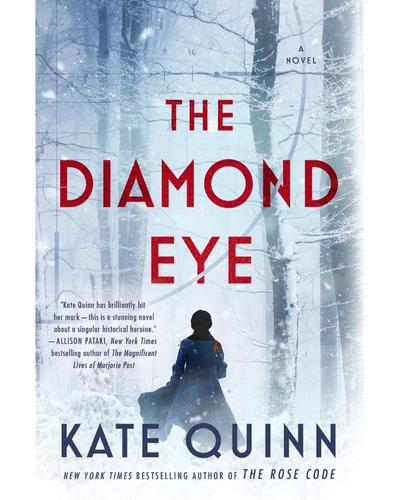 Mila Pavlichenko's life revolves around two things: her library job and her young son. But when Hitler's invasion of Ukraine and Russia puts her in a position to fight, Mila must transform from a bookworm to a lethal hunter of Nazis known as Lady Death. 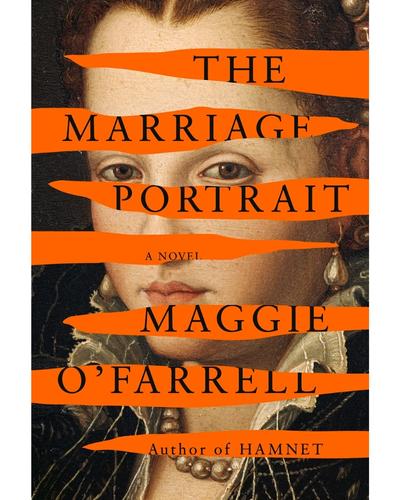 When young Lucrezia, the third daughter of the grand duke, is forced to marry after the death of her sister, Lucrezia must figure out how to perfectly preserve her image for centuries to come among an unwelcoming court and alongside her new mystifying husband. 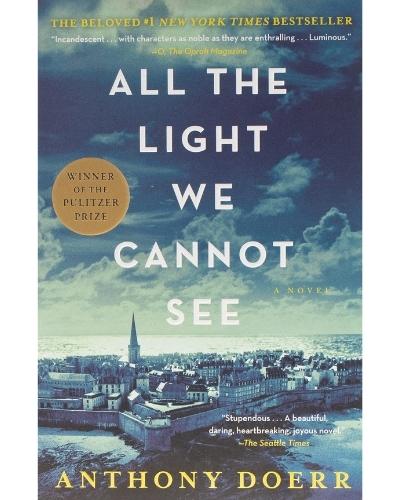 All The Light We Cannot See

This book is actually sitting on my bookshelf right now. It weaves together the lives of two people during the time of the Nazi occupation: a 12-year-old girl from Paris and a young orphan from a mining town in Germany. Although they lived completely different lives, we see how their lives will eventually intersect. Even during tough times, this novel shows how, against all odds, people try to be good to one another. 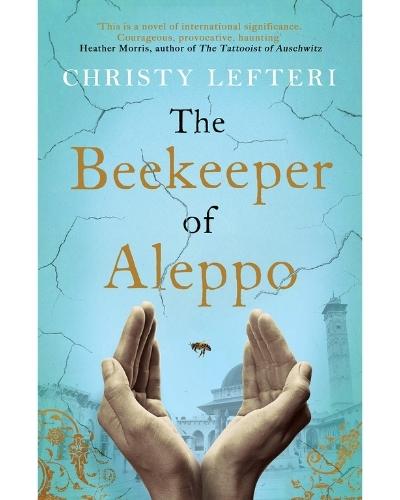 The Beekeeper of Aleppo

A beekeeper and his wife live a very peaceful life in the Syrian city Aleppo, but when the war hits, their lives are changed forever. They are forced to escape their beloved town and embark on a perilous journey to Britain. This is a powerful and emotional story that you should add to your TBR list ASAP. 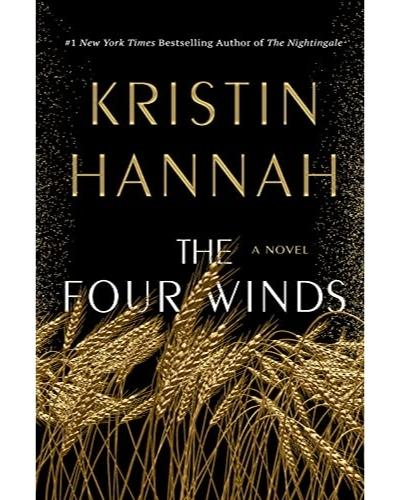 This book highlights one of the toughest times in American history: The Great Depression and the Dust Bowl Era. Set in 1934 Texas, a woman and her family must make the choice to either fight for the land she loves or flee to California in hopes for a better life. This is a story of hope, courage, and sacrifice. 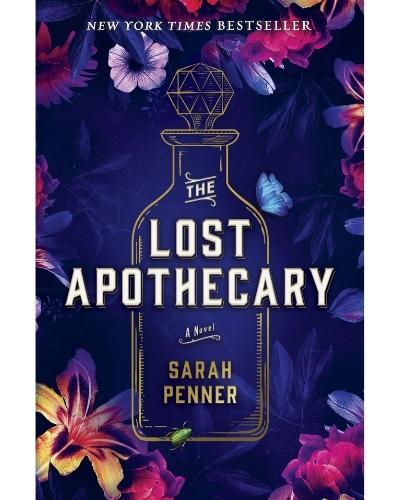 Full of secrets, mystery, and vengeance, The Lost Apothecary will make you want to keep reading. In 18th century London, a secret apothecary shop caters to an unusual kind of clientele. Women around the city whisper about a mysterious figure named Nella who sells well-disguised poisons to use against the oppressive men in their lives. However, the apothecary’s fate becomes jeopardized when a 12-year-old girl makes a fatal mistake that causes centuries of consequences. It’s definitely a novel that will keep you on the edge of your seat. 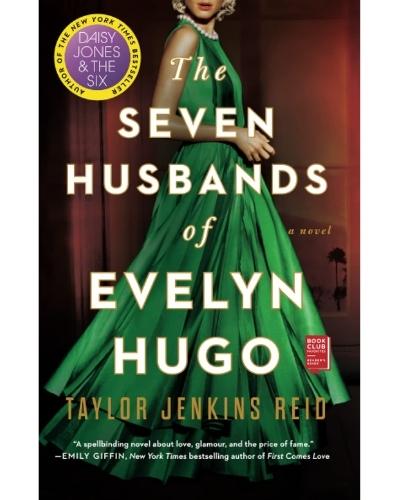 An aging and reclusive Hollywood movie icon Evelyn Hugo wants to tell the world about her glamorous and scandalous life. She hires an unknown reporter for the job who is confused as to why Evelyn would even hire her in the first place. Why her and why now? You’ll have to read the book to find out! This is the perfect holiday read. 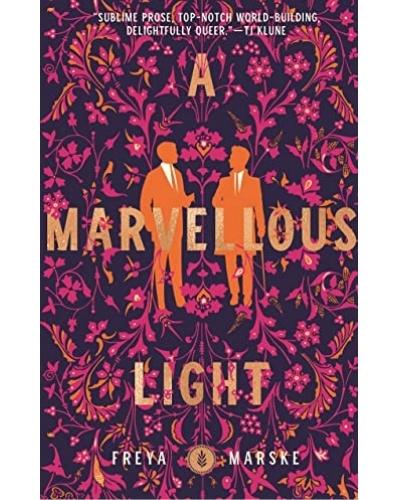 Robin Blyth is struggling to be a good older brother, a responsible employer, and the harried baronet of a seat gutted by his late parents’ excesses. He already has enough on his plate. But when an administrative mistake sees him named the civil service liaison to a hidden magical society, Robin discovers secrets beneath the reality he has already known. If you love mystery mixed in with some fantasy, you’ll definitely enjoy this one. 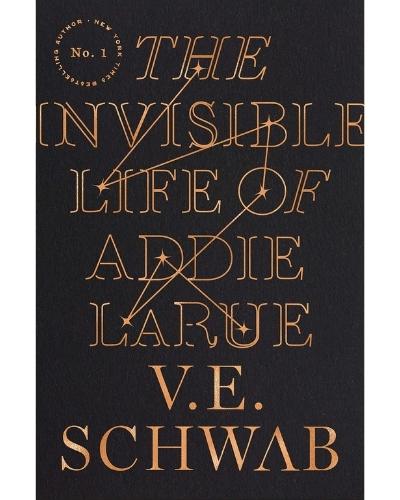 In the year 1714 in France, a young woman, Addie LaRue, makes a Faustian bargain to live forever and is cursed to be forgotten by everyone she meets. She goes on throughout her life, trying to leave her mark on the world as much as she can, until 300 years later she stumbles upon a man in a bookstore who knows her name. This is one of those stories you won’t ever be able to forget. 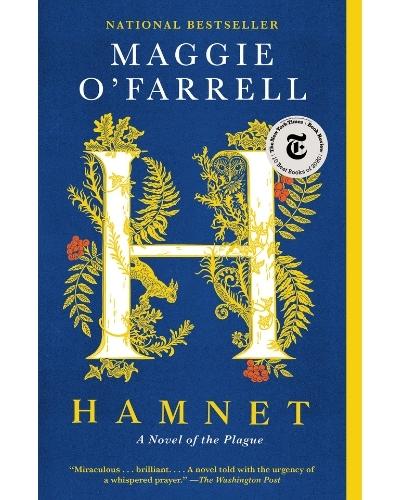 Drawing on Shakespeare’s famous play Hamlet, Hamnet is a luminous portrait of a marriage—but at its heart, the loss of a beloved child. Agnes settles with her husband and three children in Stratford. But when their son Hamnet dies, the husband writes a play called Hamlet. It’s a compelling story that deals a lot with loss, grief, and the importance of family. 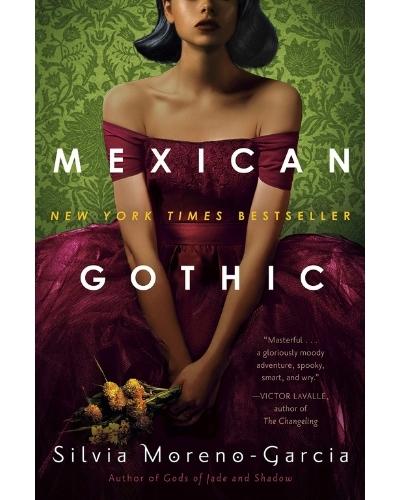 Noemí Taboada receives a frantic letter from her newlywed cousin begging for someone to save her from a mysterious doom, so she heads to a distant house in the Mexican Countryside. What she finds there is nothing that she ever suspected. This is perfect for people who love a good gothic, horror novel. 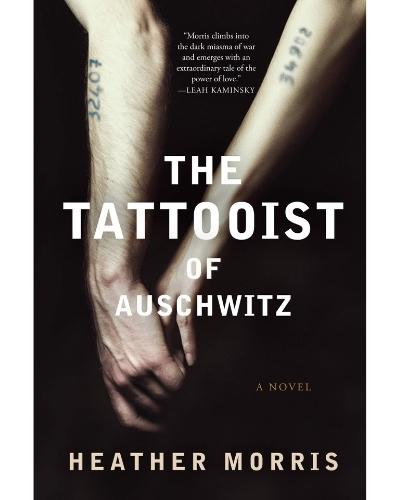 The Tattooist of Auschwitz

This novel is a testament to the endurance of love and humanity under the darkest possible conditions. Lale Sokolov, a Slovakian Jew, is forcibly transported to the concentration camps at Auschwitz-Birkenau in 1942. Lale is put to work as a Tätowierer (tattooist) and must mark his fellow prisoners. He manages to find some light in his life even when surrounded by complete darkness. 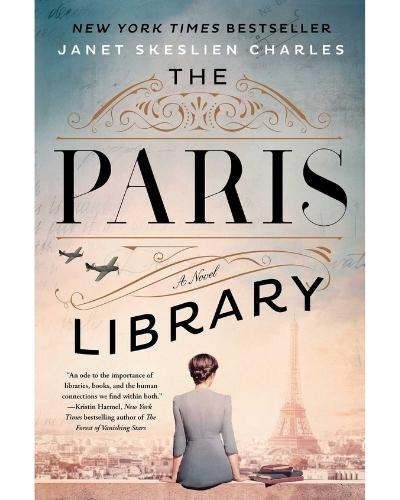 Based on a true World War II story, this novel describes the stories of two girls, Odile and Lily. Odile works at the American Library in Paris until the Nazis threaten to take away her library. Lily is a lonely teenager looking for adventure in her small town in Montana. She is curious about her neighbor’s mysterious past. This is a powerful novel that explores the relationships that make us who we are—family, friends, and favorite authors. 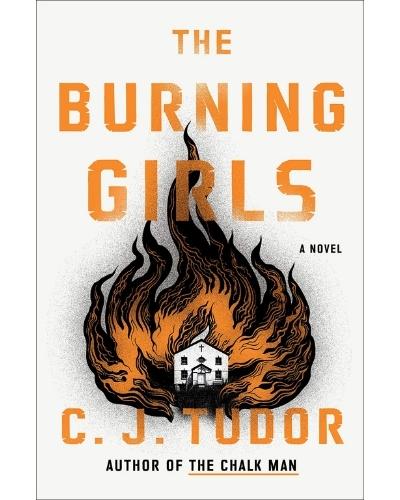 Reverend Jack Brooks moves to a remote corner of the English countryside with his 14-year-old daughter, only to discover a community with a haunted past. The community seems to be adamant on keeping its dark secrets. If you love thriller novels, this book is a must-read. 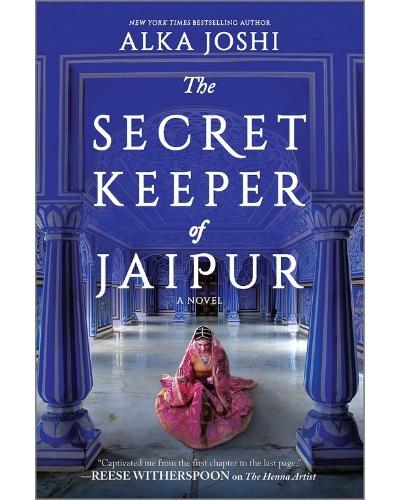 The Secret Keeper of Jaipur

A henna artist named Lakshmi arranges for his protégé, Malik, to intern at the Jaipur Palace in the Facilities Office. However, Malik soon discovers a world that is far darker than he ever imagined. He sets out on a mission to uncover the secrets behind Jaipur Palace’s hidden past. This is a novel that is full of character, lavishness, and atmosphere. 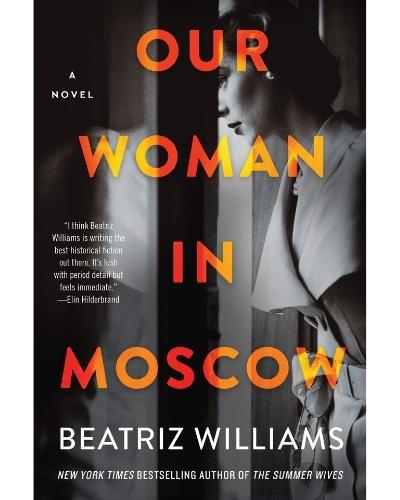 Our Woman in Moscow

In 1948, Iris Digby vanished from her home in London with her American diplomat husband and their two children. Why did they disappear? Was it because they were eliminated by the Soviet intelligence service? Discover the truth behind their disappearance in this gripping novel. 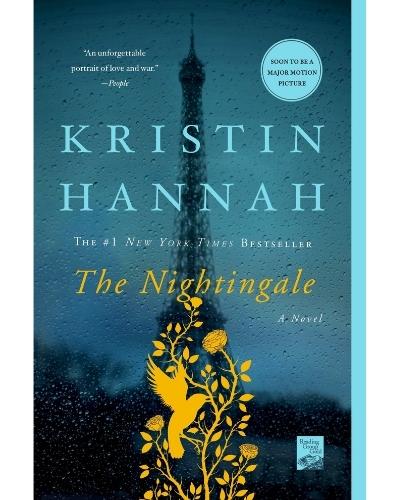 Set during World War II, this novel tells the stories of two sisters separated and on their own dangerous paths toward love, survival, and freedom in German-occupied France. It captures a side of World War II that is seldom seen in film and literature. This may be a heartbreaking novel, but it does celebrate the resilience of the human spirit and the strength of women. 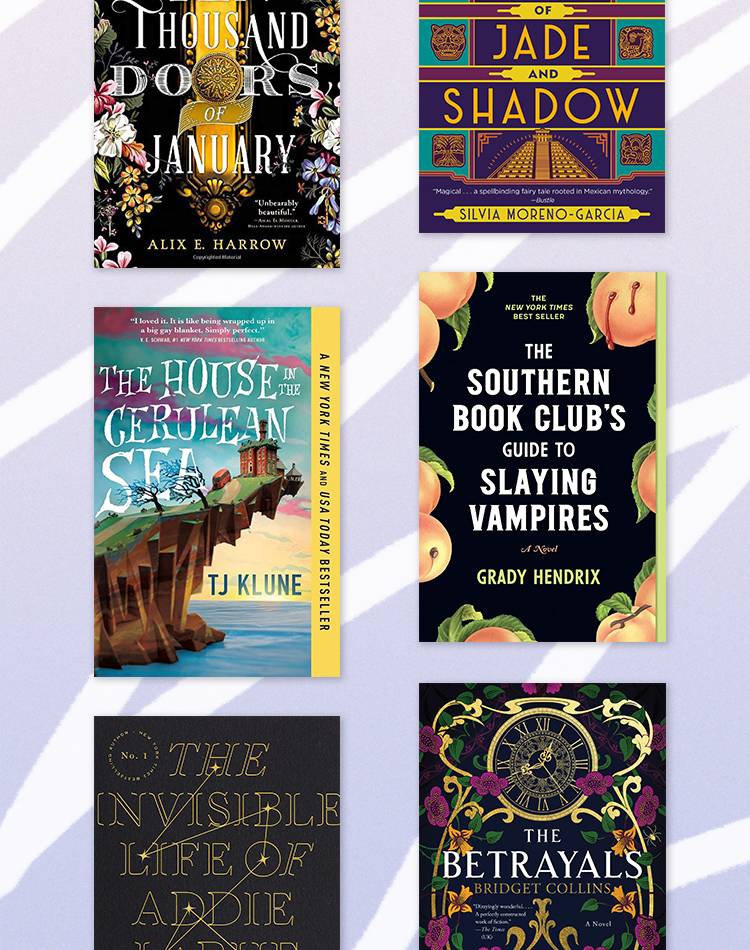