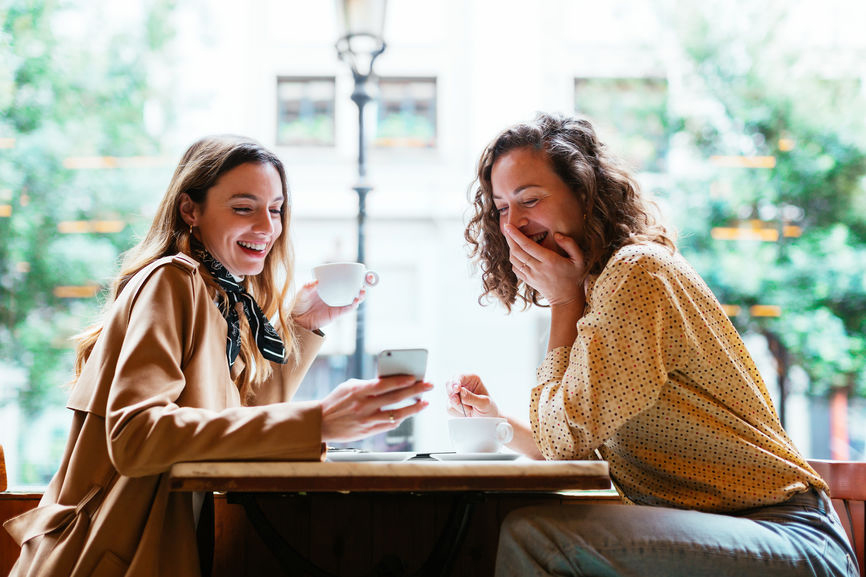 I grew up in Orange County, CA during the height of the Laguna Beach: The Real Orange County craze. And I have to say, I didn’t relate to the show and the teen casts’ antics at all. My friends were easygoing (for the most part), and my adult friends aren’t dramatic enough to warrant their own television show, either. No one is yelling at each other in night clubs or “stealing” anyone’s romantic partner. Which I very much appreciate.

I was recently reflecting on what it means when you have a friend who “lives for the drama.” I realized the scenarios associated with over-the-top reality television programs aren’t the only ways someone can be dramatic. There are subtle ways that people bring drama into their lives, and sometimes, your life too.

How to Recognize Drama

Drama comes in many forms — most of which aren’t loud fights or petty ongoing feuds. I’ve noticed a quiet sort of drama that can affect even the most level-headed individual, a form I’ve found myself guilty of many times: complaining. Everyone at work hates you, your family doesn’t understand you, that waiter gave you a funny look, you have another headache — why does everything bad happen to you? The complaints change, but the behavior doesn’t. Having a good vent session on occasion can be productive and healthy, but it stops being healthy if it’s a compulsive habit.

An untruthful friend is also likely prone to drama. Do they exaggerate what’s been going on in their life, good or bad? Do they tend to not keep their stories straight? If a friend tells positive white lies about their life, you may not recognize this as causing drama, but being positive doesn’t necessarily mean they are drama-free. A friend like this may seem fun at first, but over time you’ll come to realize that your friendship will suffer due to their lack of honesty. Not being able to have truthful conversations with friends will inevitably lead to conflict. When the time comes that they need your support, you may not be able to discern how “real” their issues are or how you should be assisting them.

Have the Tough Conversation

You want to commiserate with a friend when they’re upset, but being too encouraging when they’re airing their complaints can do them more harm than good. If you suspect a friend’s complaints are unwarranted then you need to say so — gently of course, but if you always take your friend’s side, you can add very unnecessary fuel to their fire. No, you don’t think your mutual friend was trying to hurt her feelings by not inviting her to that last minute happy hour.

It will be challenging at to provide such honest feedback at first — if you don’t think your friendship can handle those types of conversations, that is a separate issue you need to address.

One of the easiest ways to cut drama out of a friendship is to stop gossiping. I’ve always found that gossip gets a bad reputation. I don’t think all gossip is negative — like if you’re catching up with someone who happens to have the latest news on a friend. As long as it’s news that isn’t private or damaging to her reputation, then it’s fair to discuss. (If Mandy got a promotion, spread the word! But if she is struggling with relationship issues, keep that to yourself.)

You should also keep complaints about friends to a minimum. It’s understandable if you’re feeling hurt by a friend’s actions that you may want to commiserate. Even so, try to avoid these types of conversations. What may start as you sharing your feelings can spiral into a mean conversation; a conversation that no one benefits from.

If you have a friend who particularly likes to gossip, avoid bringing up gossipy topics when you’re with her or responding when she shares it with you. She’ll pick up the context cues that those types of conversations are ones you don’t like to engage with and will filter herself. If she doesn’t, feel free to tell her that you don’t want to gossip with her.

How to Cure It

Now is the time to master the art of the redirect. If your friend wants to share the latest negative news, redirect the conversation. You can quickly say, “I’m sorry to hear you’re having a hard time. By the way, how are your sister’s wedding plans going?” Change the subject to something positive when you can. If the complaint is about her job, mention that you found a great new online job board she should check out, or that you read a helpful career book you can lend her. Try shifting the conversation to a positive aspect about her job. “I’m still so jealous you get five weeks of PTO every year, how are your summer vacation plans coming along?”

It may not be possible to always redirect, but try to avoid potential sensitive subjects. If you’re dealing with a friend that exaggerates a lot, ask enough probing questions that you get to the root of the truth. That way you’re encouraging her to discuss the truth of what’s happening in her life.

One of the most effective ways to cope with a friend who loves drama is to be open and honest with her about how you’re feeling. Similar to a romantic relationship, you have the right to set the terms of your relationship. Ban gossiping or ask for more positivity, and have these conversations in a respectful way and chances are your relationship will be stronger by the end of them.