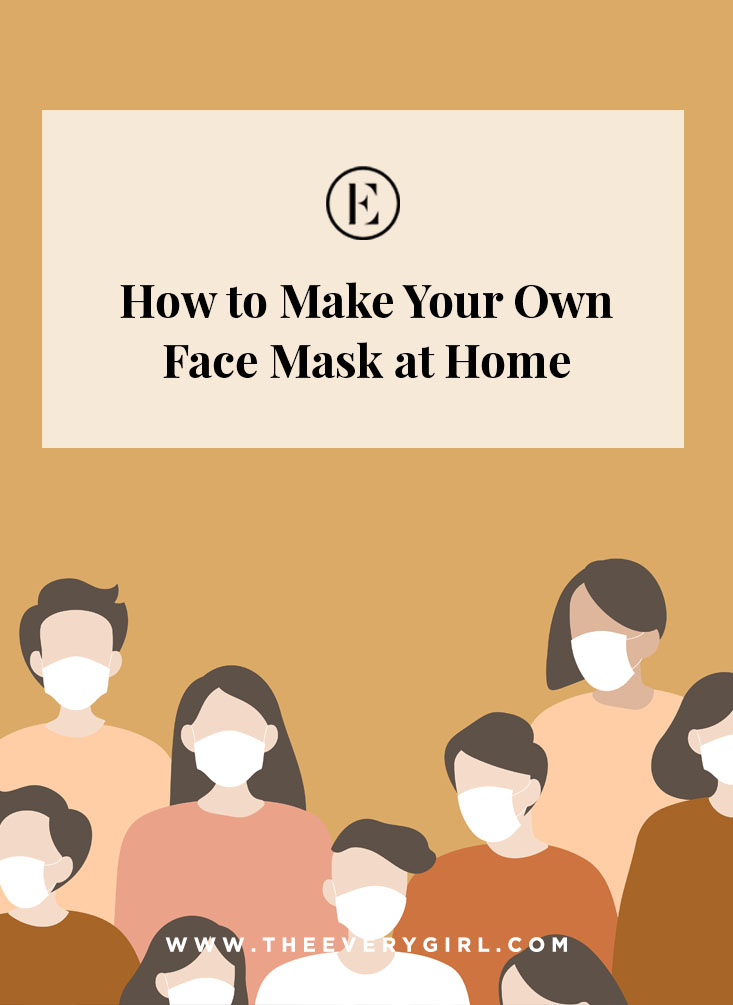 On Friday, April 3, the U.S. Centers for Disease Control and Prevention shared updated guidelines recommending that people now wear cloth face covers when going into situations where they’ll be in close proximity with others and can’t use other forms of social distancing.

While the CDC stresses that social distancing and staying six feet away from other people is no less essential for helping flatten the curve of the coronavirus pandemic, they now suggest that everyone wear some sort of facial barrier to prevent spreading the disease and potentially inhaling any infected droplets. This is especially important considering considerable evidence that asymptomatic and pre-symptomatic carriers can spread the coronavirus to other people without knowing.

Both health and government officials do not recommend that everyday civilians use N95 respirators or surgical masks—the former which filters out at least 95 percent of particles—due to shortages for healthcare workers who need this level of protection the most.

However, scientists are hard at work comparing other materials that’ll keep regular socially-distanced civilians safe during the short periods of exposure where they go to the grocery store and other potentially crowded places.

Although research has shown that any form of covering is thought to be better than none, there are certain materials that have tested better than others. In addition, fit, and coverage is important for making sure that you’re restricting potential transmission as much as possible.

Here’s how to make your own DIY face masks at home with effective materials you probably already have on hand.

When it comes to a homemade mask, you’ll first want to make sure that it fits snugly over your face and covers the area from the bridge of your nose to the bottom of your chin.

In a video shared by the CDC, Surgeon General Dr. Jerome Adams shows viewers a no-sew method of making a mask using a cotton T-shirt with its arms cut off and two rubber bands to secure the makeshift mask behind the person’s ears. You can cut a coffee filter and put it inside of the mask to act as an additional barrier if you choose.

In general, you’re going to want to look for a denser fabric made out of thicker material, Dr. Scott Segal, the chairman of anesthesiology at Wake Forest Baptist Health, told The New York Times. Scientists found that 600-count pillow cases that had been folded four times had filtration of droplets up to 60 percent, while quilting fabric (which is usually a thicker cotton with a high thread count) performed almost as well as medical-grade masks, filtering out about 70-79 percent of particles.

Some of the best homemade masks included two-layer masks either made with batik fabric, or one with one layer of cotton on the outside and one layer of flannel in the inside, per studies conducted by Dr. Segal of Wake Forest Baptist Health. You can try to recreate this at home with quilting fabric or pillowcases or by cutting up old flannel pajamas or blankets.

While the CDC recommends using cloth to make a mask, studies have also found that other non-woven materials also have pretty good success. For example, you can fold your own origami face mask out of a vacuum bag.

According to the Washington Post, there seems to be good success with using a material like car shop towels to construct a DIY mask. Dr Peter Tasi, who invented the material that N95 respirators are made out of, recommended it as a good alternative.

However, it’s important to keep in mind that both of these materials are significantly less breathable than something made out of cotton or flannel, and they might be uncomfortable unless worn during a very short period of time.

During a study, bandanas and scarves performed the worst in terms of filtration.

If you choose to construct a makeshift mask with a less dense fabric that you have on hand like a bandana or scarf, there are ways to make it more effective. While The New York Times reported that a bandana that’s been folded four times will filter only 19.5 percent, while a wool scarf that’s folded the same amount will filter 48.8 percent, you can add additional material in place to act as an added barrier.

For example, the CDC recommends cutting a coffee filter and placing it inside as an added layer if you’re going to use one of these flimsier fabrics. Keep in mind that even without the filter, you’ll still be getting more protection with any of these options than without them.

Again, it’s important to note that adding face coverings won’t replace current CDC recommendations, and people should still continue social distancing and staying at least six feet away from other individuals as much as possible. In addition, you’ll want to make sure that you’re practicing proper hygiene and washing your hands before and after taking your mask on and off, and you’re frequently cleaning it to avoid the possibility of contamination.