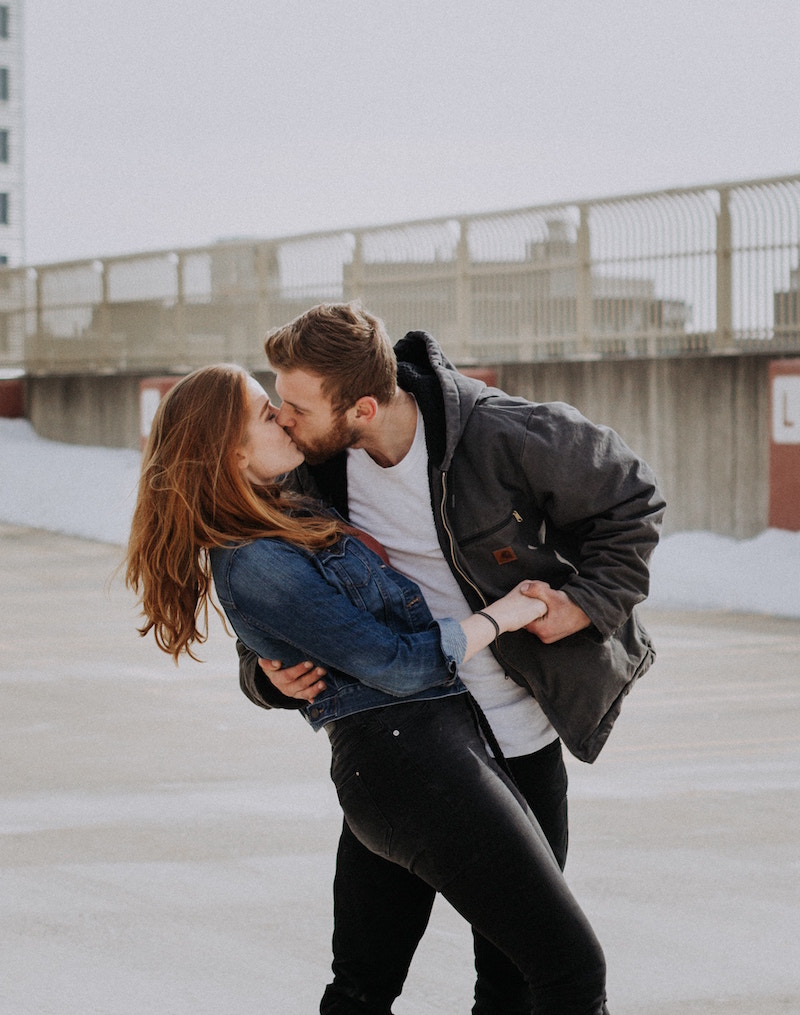 Whether you’ve been in a relationship for a long time or you’re just entering sexual territory with a new partner, telling them that you’re interested in something different can present its challenges. I mean, you don’t want to seem weird, you’re afraid they won’t have the same interest, and you also don’t want to feel like you’re being too eager. On the other hand though, you deserve the sex you want! So, we’re letting you in on the tips that make talking about sex to your partner a little bit easier.

This seems easy enough, but it can be difficult to tell your partner what you want out of sex if you don’t already have a handle on what it is you enjoy. A huge part of sex is exploring your body, so allow yourself to do just that, whether with your partner or on your own. Go to town, girl, this is for education.

The absolute easiest way to move your sex life into a direction that you enjoy is simply by encouraging your partner when you like what he or she does. Sometimes it can be scary to tell him or her that you don’t love something so much because you’re afraid of hurting his or her feelings. Instead, remind them of what you do like. If you like when he or she touches you in one place, it’s easy enough to say, “I like that,” or “Yes.” While this obviously isn’t a course on how to talk dirty with your partner, it’s better than staying silent with him or her left wondering how you’re feeling.

It’s not enough to just say “I like when you go slower” when you’re trying to change things up. Not only does specifically saying “I like when you slowly touch me here” ensure that you and your partner are communicating, it also makes sure he or she is understanding you. Just saying to go slow could mean a lot of things, and being specific about what it is you want encourages him or her to do the same.

If you’re in a romantic relationship with your partner, sex is about more than just the physical connection. Being able to be vulnerable and open is difficult, but it propels your relationship further both intimately and emotionally.

Show what you want instead of telling.

It can be much easier to show your partner exactly where you like to be touched than it is to tell him or her. Rather than saying, “I like when you pull my hair,” grab his or her hands and show them exactly the pull you enjoy. Not only does this get across exactly how you want something, odds are, your partner will be thrilled to do something that makes you excited.

Sometimes, talking about sex out loud is weird!! I haven’t cracked the code just yet on why I still feel like a 15 year old talking to my partner about sex, but here we are. I’ve found that sometimes sending a short little text can get the idea across. Sexting is just slightly less intimidating way to talk about your fantasies and turn-ons. It also can open up the discussion and encourage your partner to reach out and say, “So, what was that text about?”

If you’ve seen the glorious picture of Meghan Trainor and Daryl Sabara’s sex toy shopping day, you know what I’m talking about. There’s no need to run out and buy chains, three sets of handcuffs, and a whip just because you want to try bondage. Instead, try restraint with a tie or a scarf. You’ll get the same feel while figuring out if this is something that gets you going. This also is new for your partner, too, so give them some time to figure out if it’s for them.

Don’t forget to ask about them, too.

Now that you’ve opened up and told your partner all your sexual wants and desires (and hopefully your non-sexual wants and desires — those are important, too), it’s time to let them do the same. Odds are, you aren’t the only one who wants to try something new, so ask if he or she has anything they’ve always been too afraid to share. Who knows, it could be something you were interested in, too!